Eyewitness in the Nuba Mountains 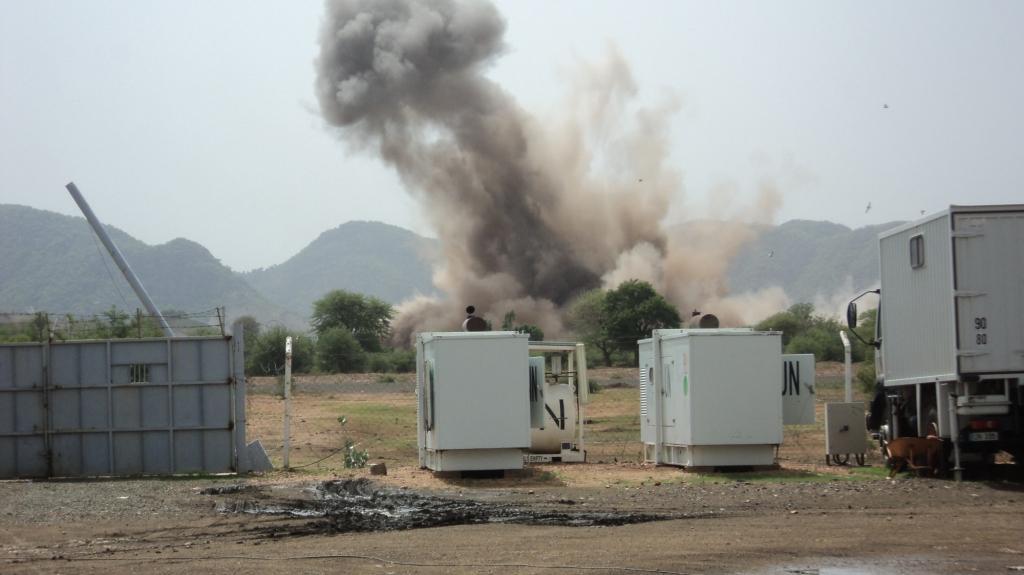 Rome, Saturday, June 18, 2011
“Oh God, some bombing! Nevertheless, the bombing in Kadugli, the capital of Southern Sudan, as in our county Heiban, with the killing of great number of soldiers and civilians, has created some panic in our area…”, reports a witness in the Nuba Mountains.

For several times we have been attending some brief gatherings with some political leaders of the area. Every time they are inviting us to keep calm and to trust that the security in our area is okay. And in order to avoid any distraction, they are inviting us to take some measures of prevention as not wearing light clothes in open places, to switch off the lights during the night, to darken the colors of some of our roofs, etc…

Nevertheless, the bombing in Kadugli, the capital of Southern Sudan, as in the head of our county Heiban, with the killing of great number of soldiers and civilians, has created some panic in our area. As a result, government and diocesan schools were closed; the absenteeism of many students was very evident.

Several reasons brought out the second group of personnel to be evacuated, and it was formed by the rest of the expatriate builders (four), the field coordinator and one religious sister. At our arrival to the airstrip, a plane was arriving too. This plane was to take out some teachers from an NGO.

However, the quiet atmosphere in the airstrip was to changed very soon…

Everybody started running here and there. People were urging each other to hide themselves and lay down under the trees. The sound of those aircraft was perceived almost immediately and everybody in his or her own way started praying. Suddenly the sound of a bomb was heard mixed with some shots. The panic increased among those of us who were there.

After that sound, we were told to run again and to lay down under further trees, and once more to stand up and to run again towards further trees. A father and mother of a family were running with us carrying their two and one-year old children.

My sister told me: “I can’t run anymore… I feel my legs without strength…”

We did not have any other choice. So, assisting her we were able to run again and to hide ourselves with other people.

All these movements were involved by the high sound of an antonov and two military jets… Lying under the last chosen tree, I could see a big jet flying very fast like towards us…

Oh, my Lord! So, the sound of another bomb and more shooting…

Our prayers every time were increasing mixed with tears surrounding ourselves before our God.

After that, the sound of the aircrafts was disappearing little by little and when they had gone from our area, we were invited to stand up. Thank God, apparently all of us were saved!

Soon the teachers were called to board their plane which was not destroyed by the bombs; out of six people, three boarded it and the other three missed the plane that could not wait for them anymore.

And the plane for our personnel was informed of the events and turned back to Kenya.

Arriving to our village we could perceived that he bombing was still going on; the bombing took place from 10:30 a.m. to 2:30 p.m. approximately. A great anxiety and tension was felt in our mission. Some staffs left the working places that day.

The next day at 8:00 a.m. the sound of another Antonov was heard in the distance…

May the Lord assist us!

54 wounded soldiers and one woman were admitted to the hospital during these days. All the soldiers came out from the clashes between northern and southern armies from different fronts.

There are many wounded soldiers but there is the lack of transport to bring all of them to the hospital. Right now the male ward is full, part of maternity and female wards are used for the wounded soldiers.

One of the biggest problems is the lack of personnel and room to accommodate patients. The administration is looking for some tents.

The OPD had been reduced; in a day they receive 20 patients from 300 that used to be. People have disappear due to fear.

German doctors have closed their clinic, so did Save the Children; most NGOs had left the area.

One of the wounded soldiers reported that the NCP in Kadugli was going house to house to look for SPLM supporters; if they get them they are killing them.

Some of the wounded soldiers want to go back to fight; they are not giving up.

The personnel who were attempting to travel this Tuesday, finally left yesterday and with them the expatriate staff from the Hospital with exception of the Medical Director of the Hospital who is also a surgeon and two sisters nurses.

Due the tension that surrounds our area, the radio decided to continue working, giving their service to the community.

The idea of stopping the work for fear of any danger would make them feel ashamed when they know that all their families are living under the same conditions of insecurity.