The Great Planetary Challenge to save Mother Earth 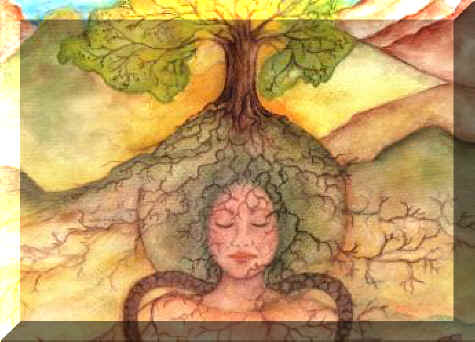 Rome, Tuesday, August 2, 2011
“Just as we saved Sister Water, so now we must save Mother Earth,” these are the opening words of the Appeal Let us save Pachamama that the Network for Environmental and Social Justice (RIGAS in Italian), Fr. Alex Zanotelli, Giuseppe De Marzo and others, have sent out to Italy, inviting one and all to organize at the local, regional and national level, even though almost everyone is against it, as the Appeal itself states: “Almost everyone is against us, the media, the parties the economic-financial powers.”

APPEAL
LET US SAVE PACHAMAMA

“Just as we saved Sister Water, so now we must save Mother Earth,” could be the slogan of the Days just spent in Genoa and of the colorful crowd of over 50,000 people which marched through the city streets. From Genoa we shout out to all that the active citizenry, which the powers had tried to silence in the Days of the G8 in 2001, is stronger and more alive than at that time. The proof is in the extraordinary victory at the referendum over the water and nuclear power. These days in Genoa have helped us to meet again, to strengthen our ranks for the great challenge: to save Mother Earth.

The world scientific community agrees that if there will not be drastic changes of direction, the temperature of our planet will rise from 3 to 4 degrees. It would be a catastrophe. The time left to prevent it is very short: about 10 years? The experts say that in order to save ourselves, we must cut 80% of the emission of greenhouse gases by 2050. And the world governments do not want to hear about it, so much so that they have doomed to failure all the attempts made to find a solution, from the Kyoto Protocol (1997) to the 16 Parts Conferences (COP), held between 1995 and 2010. Well known the failure of COP 15 in Copenhagen in 2009 with over 15,000 delegates! And last year, another failure in Cancun Mexico.  Now we are getting ready for COP17 which will be held in Durban, South Africa. The predictions are not good because the governments are held prisoners by the economic-financial-agroindustrial potentates that draw enormous profits from the System. Even more serious is the fact that now they want to change even the ecological crisis into a business through the so called “green economy”, geo-engineering and nano-technologies.

The Network for Environmental and Social Justice (RIGAS) that gathered in Genoa, invites one and all to organize, as we have done for the sake of water, at the local, regional and national level. Almost everyone is against us, the media, the parties, the economic-financial powers. We must, starting from the grassroots, go back to talk to the people, to help them understand that now what is at stake is the very future of humankind and of our Common Home: the Earth.

We must help them understand that the model of development and our style of life are two of the fundamental reasons for the global warming and the ecological disaster  (20% of the world’s population uses 80% of the resources at an incredible speed!). If everyone in the world were to follow the proposal of the world’s governments, we would need four more Earth planets to provide us with the resources necessary for this model of development and for the waste that this style of life produces. Only if we will change the model and make it sustainable, everyone will be able to survive.

Salvation and the future of many will certainly not depend from the false solutions of the WB, of the multinationals and of governments that are the primary cause of pollution. False solutions such as the Green Economy, “the carbonium market,” “Reed+,”  introduce the absurd principle of the “right to pollute” and turn into a business the ecological crisis in order to speculate, increasing the problem instead of solving it. This lethal mix runs the risk of giving a fatal blow to our ecosystem and to the rights of billions of people and other living beings on the planet Earth.

For this reason as a Network we ask each and everyone to unite, to connect, to be informed and to inform at all levels:

Only a large popular movement that will go beyond ideological, political, social and religious dividers will be able to win this planetary challenge.

This is an epochal moment: we are dealing with matters of life or death for the Planet Earth which no longer can put up with the craziness of a degenerate and destructive system. Time is short. In December, COP17 in Durban, South Africa, awaits us. In June 2012 the UN will call all the nations of the world to Rio, 20 years after the well known conference held in that Brazilian city in 1992.

We have been successful with the water issue, we must succeed again in order to save Mother Earth, the Pacha Mama.