Music to the Father’s ears 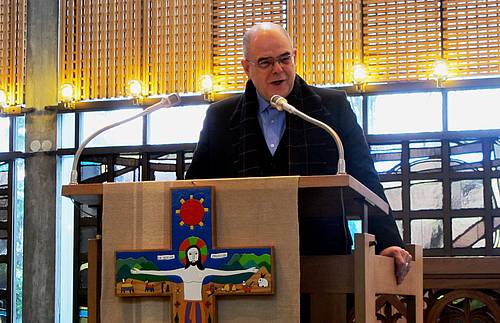 Friday, March 7, 2014
“Mission begins in mercy; mission proclaims mercy; and the method of mission is mercy”, writes Fr. David Kinnear Glenday (in the picture), a Comboni Missionary, emphasizing the true source of the mission. This is an appropriate reflection during the Lenten period, which has just started, correlating the sinful humanity to the wonderful mercy of the Father. Fr. Glenday is currently the secretary general of the Union of Superiors General (USG) in Rome. 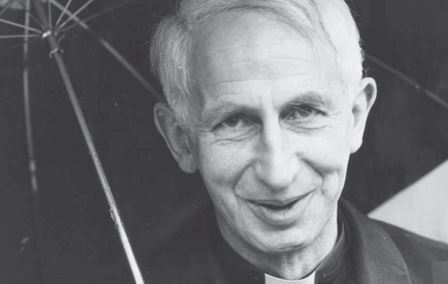 “Be merciful,
just as your Father
is merciful

Back in the last quarter

of the past century, the Church in the United Kingdom was blessed with a very fine leader in the person of Cardinal Basil Hume, a Benedictine monk who had been abbot of his community before being appointed archbishop of Westminster in 1976. Cardinal Hume passed away in June 1999, after having been diagnosed just two months earlier with abdominal cancer. He used those two months well, including arranging for his funeral – the people especially to be invited, the music he wanted, the place where he wished to be buried in his Cathedral, the prayers and readings for his requiem Mass.

He also chose the homilist, his close friend Bishop John Crowley, and asked him particularly to explain his choice of Gospel for the Mass, which might have been thought unusual for a funeral – Jesus’ parable of the pharisee and the publican in Luke 18, 9-14. “When I became an abbot – the Cardinal told his friend – and even more when I became archbishop and cardinal, I used to ask the Lord: make me a good abbot, let me be a good bishop, allow me to become a good cardinal. Yet now that I know I will very soon be meeting the Father face to face, I realise that this prayer, however sincere and beautiful in its way, is not the prayer he longs to hear from me. No, the prayer that is truly music to the Father’s ears is another; it is this: God, have mercy on me, a sinner. Those, concluded the Cardinal, are the words I want on my lips as I go to the Father”.

Cardinal Hume had made a great discovery. Right at the end of his life - a good and holy life -, he had seen, he had experienced, that when we come really to know the Father’s mercy, we are experiencing the pinnacle, the centre, the heart, the masterpiece of his love. He had come to recognise that God’s forgiveness of us is not merely a “repair job”, a setting right of what has gone wrong, a return to the ways things were before we sinned.

No, when the Father forgives us, he creates us afresh and anew; he makes the desert flower; he leads us to a new and deeper experience of how he loves us, of how much he loves, of how infinitely precious we are in his sight. The experience of the Father’s mercy is always the place where a grace of growth and transformation is offered us; the place where we come to know, just a little more, the Father’s tender, creative, patient faithfulness to each one of us.

Another way of putting this would be: it is in our experience of the Father’s compassion and mercy that here and now we come to know the power of the Resurrection. It can surely be no accident that the Exultet, the great hymn of joy and praise that the Church sings on Easter night, is one mighty trumpet-blast of exultation in the wonderful mercy of God:

Our birth would have been no gain,
had we not been redeemed.
O wonder of your humble care for us!
O love, O charity beyond all telling,
to ransom a slave you gave away your Son!
O truly necessary sin of Adam,
destroyed completely by the Death of Christ!
O happy fault
that earned for us so great, so glorious a Redeemer!

Made beautiful by mercy

“Where sin abounded, grace did much more abound” (Romans 5, 20): God’s mercy is God’s mercy – and so is filled with a power that has no equal. It is of this mercy that Paul sings in the famous passage in 1 Corinthians 13: love “always protects, always trusts, always hopes, always perseveres. Love never fails”. Love is always.

There is a beautiful image that can perhaps help us here. An American potter arrived in Japan on a visit, but when he opened his luggage he found that the ceramic vessels he had brought as gifts for his friends had broken during the journey. He threw them in the waste-basket, thinking that that was the end of the story. So very great was his surprise when, at the end of his trip, his host presented him with the same vessels – repaired with silver! Thus he discovered the Japanese tradition of “kintsugi”. He recounts:  “I was rather astonished, as I’d thought that putting them in the waste basket was the last I’d ever see of them. Mr. Kanzaki laughed, as he noticed my incredulity, and said:  ‘Now, even better than when you brought them!’  Remarkable:  gifting back to me the cups I’d brought as gifts…only now more valuable than they originally were”.

Actually, it seems, “kintsugi” in its finest form is repair with gold, so that brokenness makes the vessel far more precious than when it was “perfect”. This is the miracle of mercy: God’s love transforms our experience of sin and fragility into a new, deeper and more real encounter with him. No need to hide our “cracks”: now, in fact, they are the most beautiful thing about us! 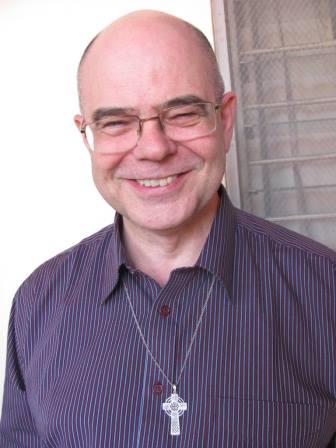 I am a mission

Think, for example, of the call of Peter in Luke 5. Amazed and awed by the miraculous catch of fish, poor Peter takes fright and falls to his knees before Jesus, crying out: “Lord, depart from me, for I am a sinful man”.
Note Jesus’ surprising response. He does not reply: Yes, Peter, I know you are a sinner, but I forgive you. No, he says: Do not be afraid. Do not fear your sins (Jesus does not deny that Peter is indeed a sinner!), do not fear your sinfulness, but rather focus on the potential that my merciful Father sees in you, on the plans my Father’s compassion has for you, on the people your own experience of mercy will allow you to touch, help, lead and heal.

The experience of the Father’s mercy is always a call; it is always a mission. Because of mercy, we can somehow comprehend and live out the beautiful words of Pope Francis in his letter on the joy of the Gospel: “My mission of being in the heart of the people is not just a part of my life or a badge I can take off; it is not an “extra” or just another moment in life. Instead, it is something I cannot uproot from my being without destroying my very self. I am a mission on this earth; that is the reason why I am here in this world. We have to regard ourselves as sealed, even branded, by this mission of bringing light, blessing, enlivening, raising up, healing and freeing” (273). 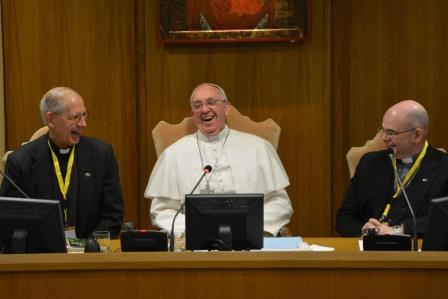 Meeting of Pope Francis
with the General Superiors of the USG,
in Rome November 29, 2013.
On the right of the picture,
Fr. David Glenday.

Mission begins in mercy; mission proclaims mercy; and the method of mission is mercy. I am not sure if this could be better put than in these words from Pope Benedict’s second book on Jesus: “It is part of the mystery of God that he acts so gently, that he only gradually builds up his history within the great history of humankind; that he becomes man and so can be overlooked by his contemporaries and by the decisive forces within history; that he suffers and dies and that, having risen again, he chooses to come to humankind only through the faith of the disciples to whom he reveals himself; that he continues to knock gently at the doors of our hearts and slowly opens our eyes if we open our doors to him”. “And yet,” Pope Benedict continues, “is not this the truly divine way? Not to overwhelm with external power, but to give freedom, to offer and elicit love”.

The italics in this quote are mine. Note the adverbs: God acts “gently”, “gradually”, “slowly”. These are the adverbs of a mission born of mercy. And this is the mission to which we are called, for the experience of being forgiven, when it is authentic, draws us to be forgiving, compassionate and patient. In our own little and always imperfect way, we begin to reflect, to enflesh, the Father’s mercy in all its gentle but irresistible power. And this is the only power which, in the end, will renew the face of the earth.
Fr. David Kinnear Glenday

This reflection was originally written for the Comboni WORLDMISSION Magazine (Manila/Philippines).