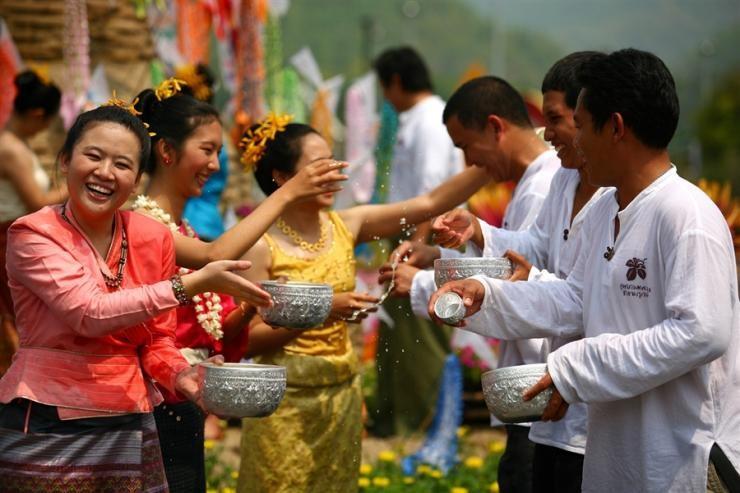 Saturday, April 14, 2018
Indigenous communities comply with strict rules to ensure the regeneration of the forest and protect water sources. On 20th June 2017, heavy rains caused a mudslide that came down the Wachuná hillside in the municipality of San Pedro Soloma, in Guatemala’s north-western department of Huehuetenango, killing 11 people who were traveling to work in a minibus. During that month, the Guatemalan authorities reported that 1,060 people had been evacuated, 644 houses had been damaged and 57,460 had been affected by landslides caused by heavy rain, mostly in the northern departments of Petén and Huehuetenango.

As a result of climate change, Guatemala and other Central American countries have borne the impact of extreme weather phenomena such as hurricanes and severe drought. The risk of deadly mudslides is particularly severe in areas where excessive timber logging has stripped hills and mountains of vegetation, leaving no barrier to hold back mud, rocks and debris, in the event of torrential rain.

According to the Guatemala’s National Forestry Bureau (INAB), 34 percent of Guatemalan territory is covered by forestland (31.7 million hectares) but is losing 1 percent of its forestland every year.

Aware of the deadly implications of failing to halt deforestation, caused by agriculture, illegal timber logging, and the widespread use of firewood, in early 2014, Guatemala’s National Forestry Bureau (INAB) launched a timber tracking system to register, monitor and control the flow of forest products through legally established and registered companies, the Electronic Forest Enterprise Information System (SEINEF).

Antonio Guorón, head of INAB’s financial mechanisms department, says that to date there are around 1,600 registered timber companies in Guatemala that have to register timber inventories and the transportation of all timber products, as well as invoices on this new online platform.

Inspections are carried out, says Guorón, when “suspicious activities” are identified, such as companies that annul invoices for no apparent reason. Since SEINEF was launched, INAB has filed 450 legal complaints against companies that break the law.

However, given that Guatemala’s criminal justice system has been plagued by institutional weakness, high impunity rates and corruption, prosecuting offenders is not an easy task. For this reason, INAB has taken a pragmatic approach and has opted for a fast-track legal procedure, known as procedimiento abreviado under Guatemalan law, in which companies that break the law plead guilty and pay reparations for the damage caused rather than embarking on a lengthy lawsuit.

Guorón cites lack of Internet access in some rural areas as a limitation and said INAB is working to solve this by making the SEINEF website more smartphone compatible as the use of prepaid smartphones in Guatemala has become widespread, even in remote rural areas.

“INAB has made great progress in terms of controlling the timber products that undergo an industrial transformation process. However, there are weaknesses in terms of controlling the transportation and sale of firewood. This remains a pending task”, says César Augusto Sandoval, a researcher with the Guatemalan Institute of Agriculture, Natural Resources and Environment (IARNA) of the Rafael Landívar University.

Around 70 percent of the Guatemalan population uses firewood for cooking and IARNA estimates that the average person uses one ton of firewood per year. “Timber logging to obtain firewood is an issue of survival for many communities. While it doesn’t cause deforestation, it can degrade the forest”, explains Sandoval, who adds that the authorities need to acknowledge that and work with rural communities in order to involve them in forestry management programs and provide them with more sustainable livelihoods.

“One of the limitations of Guatemala’s forestry tracking system is ignorance of customary law to determine what is or isn’t legal. Illegality is understood as any process that contravenes local and national laws, both indigenous practices under customary law and national laws contemplated in the Penal Code. As long as there is no consensus on the issue, indigenous communities’ use of natural resources will be in permanent conflict with the law”, says Sandoval.

The importance of respecting community and indigenous rights to collective land tenure and forest management is also highlighted in a 2015 report from the Washington-based World Resources Institute (WRI), which analyses the impact of community managed forestry programs in Asia, Africa and Latin America, including community forest concessions in Guatemala’s Mayan Biosphere Reserve, in terms of protecting rainforests and mitigating climate change.

One of the most successful and well-known examples of community-led forestry management is the “48 cantons”, forestland in the western department of Totonicapán communally owned by Mayan Kiché communities since colonial times.

In the 48 cantons, logging within a three-mile radius of water resources is strictly forbidden and if a family needs to fell a tree for firewood, it must seek prior consent from indigenous community leaders and only the oldest trees can be felled. The penalties for breaking these rules depends on the size of the tree that was felled and range from planting five trees to paying fines equivalent to $64-$102.

In order to ensure forest regeneration, every year in May leaders distribute tree seedlings from a community greenhouse so that every member of the community can plant five trees in an area of their choice.

The communities also observe strict rules regarding the use of water from six sources in the forest. If a family wishes to build a house it must seek permission from the local water committee. Using water for activities considered superfluous, such as washing cars and motorbikes, is forbidden.

It is no coincidence that Totonicapán should have the lowest deforestation rate in the country, according to Guatemala’s Ministry for the Environment and Natural Resources (MARN).

Today, the 48 cantons are widely regarded in Guatemala as an example of successful community-led forest management. But the relationship between INAB and the Maya Kiché leaders of the 48 cantons was not always smooth and plain sailing.

“The government established many policies without generating a dialog with indigenous leaders and the communities that manage forest resources”, says Andrea Ixchiú, former president of the board of natural resources for Totonicapán’s 48 cantons. “Initially, the relationship between INAB and the 48 cantons was very negative but after new officials were employed who were more sensitive to the needs of indigenous communities, it was possible for the two models to work side by side. Nowadays, the government never implements policies without previously consulting Totonicapán’s ancestral authorities”.
Louisa Reynolds / LP