Home
Circumscriptions
Colombia – (Noticias)
Colombia: “We Are The Guardians Of Our Land”

Colombia: “We Are The Guardians Of Our Land” 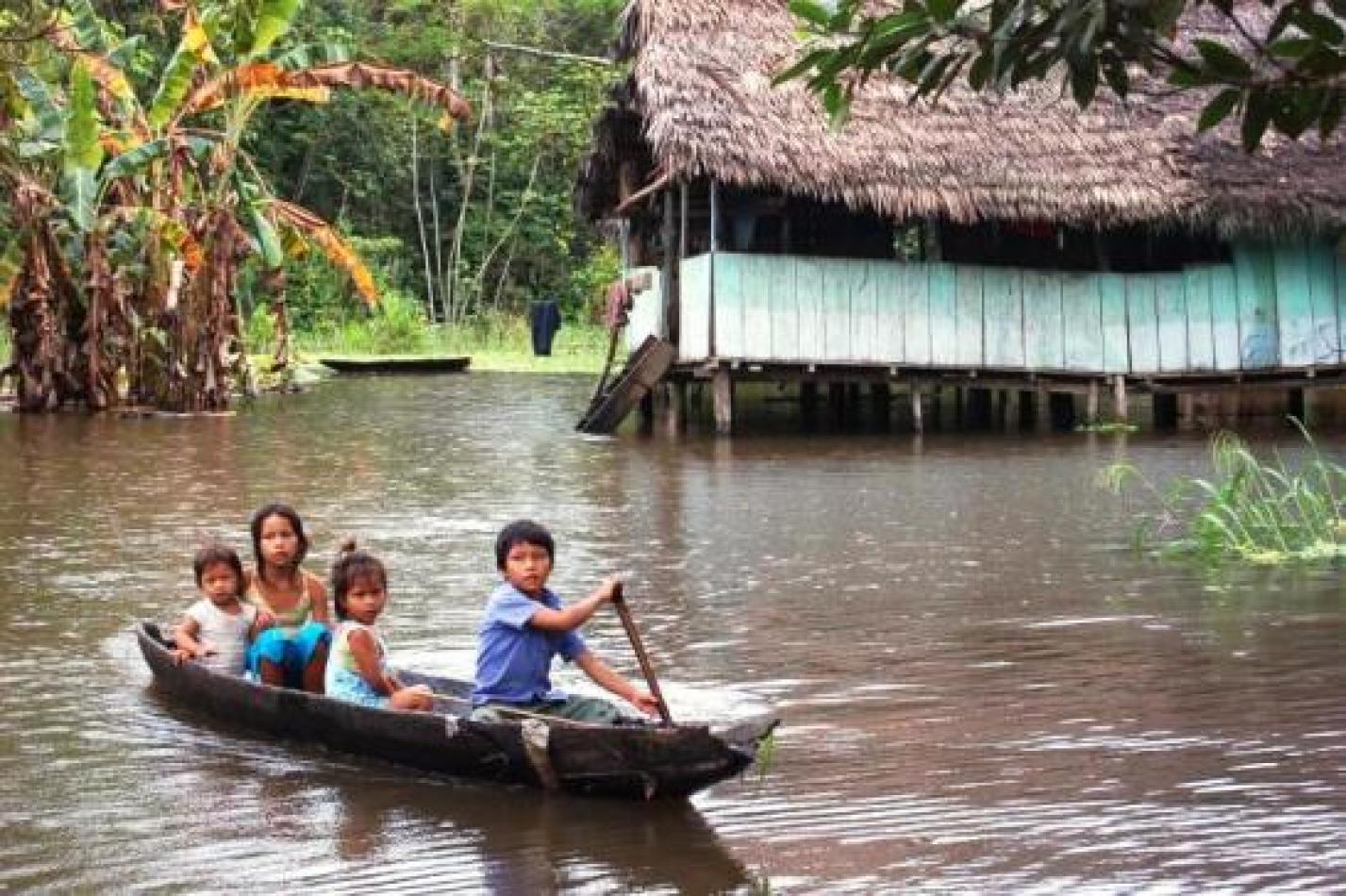 Wednesday, June 27, 2018
In the centre of the Colombian Amazonia, we find the Vicariate of Puerto Leguízamo-Solano, created in 2013. A Christian community that wants to take care of the environment and its people. We discuss the peace accord, the cocoa growers and the indigenous people with the Bishop of the Vicariate, Mons. Joaquín Humberto Pinzón Güiza.

How would you describe your Vicariate?

We are at the heart of Columbian Amazonia. The Vicariate covers areas in the Colombian departments: Caquetá, Putumayo and Amazonas. It is characterised by two great rivers: the Caquetá River and the Putumayo, as well as their tributaries. In the Vicariate we have the National Park of La Paya, the National Park of Chiribiquete and the Amazonia Forest reserve. The main urban centres are Puerto Leguízamo (Putumayo), Solano (Caquetá) and Puerto Alegría (Amazonas). We reach the borders of both Peruvian and Ecuadorian Amazonia. For many, the Putumayo River divides; for others it unites. The river allows people to travel, obtain food and communicate with the inhabitants of this South-Colombian, North Peruvian and North Ecuadorian Amazonia.
The Vicariate has a population of 46,000 inhabitants of whom 32,000 are Catholics. When we speak of the inhabitants of Amazonia, we must speak of different people and cultures. On the one side we have the Indian peoples such as the Murui (of the Huitoto family), the Inga, the Koreguaje, the Siona, and the Kichwa. On the other we have the people who came later and have occupied the ancestral lands. At the same time, the city and its population have grown larger. To sum up, modern Amazonia challenges the Church to respond meaningfully to this great human variety.

Until a few months ago Puerto Leguízamo and the whole of this region were under the control of the FARC guerrillas. Has the peace agreement changed the situation?

The majority of those belonging to the guerrilla movements have gone away. In two territories of the Vicariate there are still some small groups of dissidents. In particular, a group that came from the East – known as the Frente Primero dissidents – and other small local groups that emerged from Frente 48. However, we can say that the situation has changed because the guerrillas no longer exercise that social control they formerly had in most of this territory. What we need now is a response from the central government. People nowadays ask: today, who has authority in these places? Who will be in charge from now on? There is uncertainty. People are afraid that other group of outlaws may come and take over from the FARC.
Briefly, people are happy with the changes, but they are also disconcerted due to the lack of a response on the part of the central government regarding the power vacuum that has been created.

The peace agreement does not seem to have changed the cocaine economy which continues to be produced in large amounts.

The coca production continues. Little has changed in that area. On the contrary, some say production has increased. We must think about the fact that people continue the cultivation and that production is increasing. The problem today is commercialisation. Previously, the FARC acted as intermediaries; today this stage is missing. Meanwhile, production has increased but commercialisation has decreased. People still see coca production as a vital activity, but they are worried about the commercial aspect. It is very difficult to make a living as small famers. On the contrary, with three hectares of coca a family can make a living if they have no great requirements. It is also true that the movement of money generated by drug sales has increased people’s requirements. The real problem is that there is no policy of substitution, an alternative that enables families to leave coca cultivation to dedicate themselves to other activities that enable them not only to live but to do so with dignity.
Another problem is that of illegal gold mining, a rather serious problem because, since it is illegal, it is not regulated by law. Those people come and set up in places where they can hide from curious eyes. This sort of situation is very difficult since they carry out their work without taking measures to lessen its environmental impact. They are interested only in mining the minerals – gold in this case. Just think of the tons of mercury being poured into the rivers. By contaminating the rivers, they also contaminate the fish and those who eat the fish. The effect on the people is already quite apparent.

In nearby Ecuador and Northern Peru, the oil companies are destroying Amazonia and polluting the rivers. What is the situation in your area?

To the north of Putumayo – in the area of Puerto Asís, in particular – surveys are being made to see if there is oil available. At this moment, discussions are taking place with the communities involved. The people were not well prepared, and it can happen that, with little money, they can be sometimes bought off. As a result, there is much corruption and many false promises.

In November 2017, your Vicarage organised a ‘Frontier Amazonian Minga’. Why did you use the term ‘minga’?

Minga is a Kichwa word that means offering something in exchange for something else. In practice, it becomes an experience of community work that brings benefits for all and to which all bring what they can. In other words, all of us work together for a common cause to obtain common benefits.
Here in Puerto Leguízamo a sizeable group has been formed of people from Colombia, Peru and Ecuador. We have received as our guests the bishops of San Miguel del Amazonas (Peru), San Vicente and of Florencia. The aim is to create a space where the people and the religious and civil institutions can meet and talk about Amazonia as a ‘public amenity’.
All of us are united around a common cause: to be responsible inhabitants seeking a sustainable solution which does not damage but, on the contrary, protects the Amazonian environment in which we find ourselves living.
We want to be defenders of this land and this living space, we and the public, environmental and ecclesial institutions together. All of us wish to transform ourselves into guardians of this land.  The motto of the minga was: “Somos territorio, somos pobladores, somos cuidanderos”, ‘we are the Land, we are the People, we are the Guardians’.
Comboni Missionaries