The Water Brother: “When people see me they see water!” 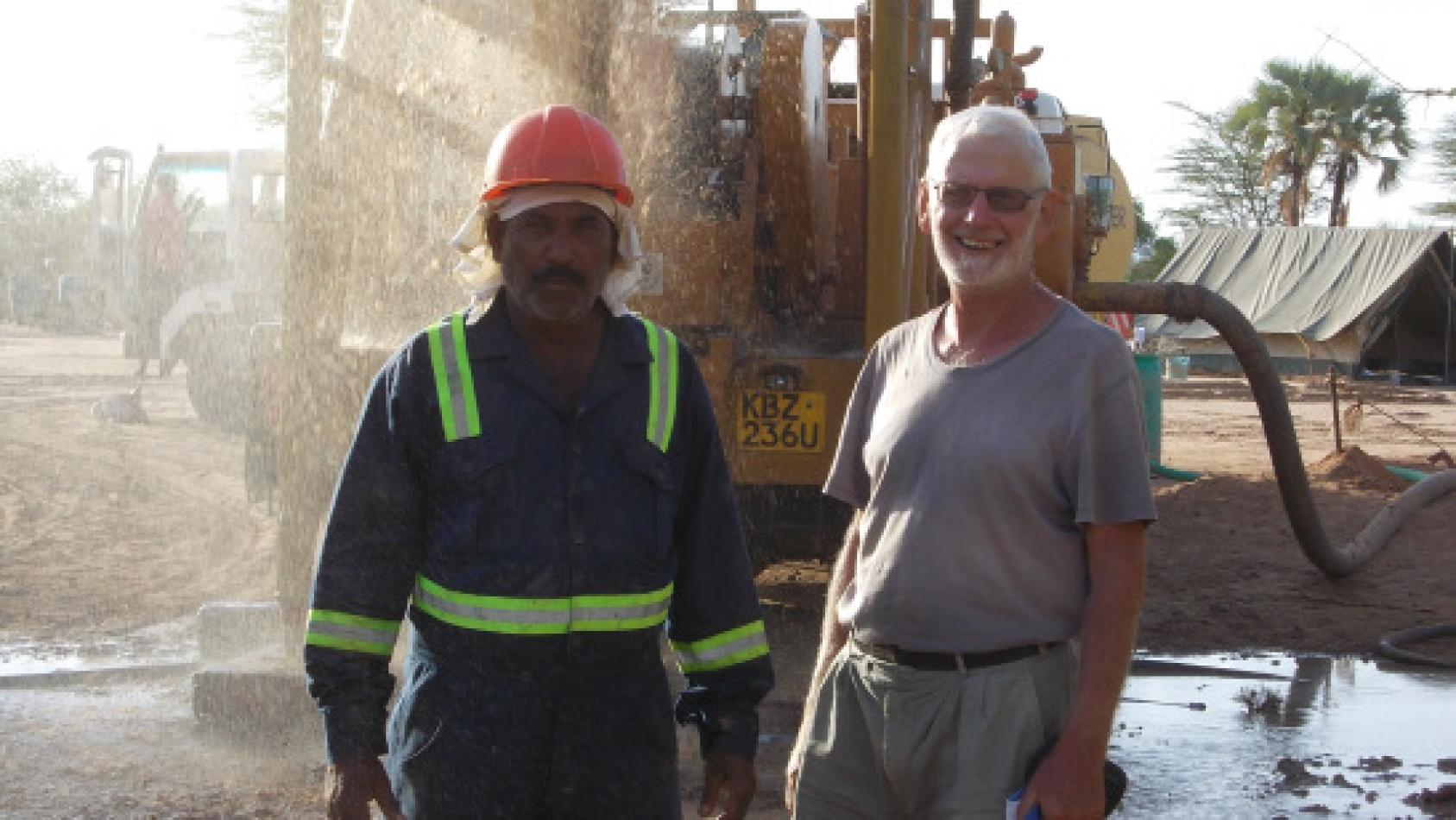 Monday, August 20, 2018
He witnessed hundreds of people being killed in his mission. It was in 1983 when Ugandan Cattle raiders (karamojong) ransacked their rival Kenyan nomads (Pokot)’s property and animals in West Pokot, north-west of Kenya. Several times he was threatened and attacked but he never left the missions. Brother Dario Laurencig (The Water Brother) has spent 42 years in the missions serving God’s people and he is still going on strong. New People had an interview with him.

The water Brother
“When people see me they see water!”

“When I pass a stream of underground water the stick in my hands starts to rotate”. Using this technique Brother Dario Laurencig has found water and drilled hundreds of boreholes in Africa over the last 34 years and more. In the last 10 years, he has at least recorded more than a thousand boreholes.

Thanks to the famine that struck parts of Kenya, Uganda, Sudan and Ethiopia between 1979-1980, Brother Dario discovered that he had the ability to detect underground water. During this famine the International Red cross came to West Pokot in the Rift Valley region of Kenya to assist locals who were not only experiencing the severe famine but also an outbreak of Cholera.

The International Red cross drilled boreholes to help mitigate the desperate situation in West Pokot. When the emergency ended, the International Red cross group that was stationed in West Pokot had to return to their Scandinavian countries. Meantime, there was need for someone to continue running the borehole project they had started. They turned to Brother Dario who by then had already spent six years working in Turkana, north-west of Kenya.

Initially, Brother Dario turned down their request. “I was busy with many other things at the time”, he says. However, when they insisted, he gave it a second thought and accepted. Thus, from around 1982 he move to West Pokot where he opened a new Comboni mission at Amakuriat. Later, he was joined by two Comboni priests from Kacheliba mission where he had been prior to Amakuriat. He spent 20 years in this mission.

“When I started drilling in West Pokot, we were drilling on the spots that were suggested by the hydrologists. The first borehole was dry. The second borehole was dry. So, I said here we are throwing away money for nothing”. That was the answer he gave us when we asked him on how he discovered that he possessed the gift of finding water.

Further, he said that he remembered how in the past some people in his village were able to discover water sources during the dry season (Summer). They used sticks. As a boy, little did Brother Dario realize that that ability would become handy one day and save thousands of people in his missionary work. When the second borehole failed. He tried out of fun to find water.

“I took the stick in my hands then I could feel something and the stick started to rotate. I drilled and we found water,” he says.   He then went on trying and finding water in many other places. “I could see immediate results, so I went on and gained experience,” he says.  The rest is now history. Hundreds of boreholes have been drilled using this God given gift.

When we asked him how much he charges for his services he said that he does not charge. In his words, “No, I never charge anybody, because my understanding is that this is a gift from God. I did not ask for it, I did not pay for it, I did not go to school to get it.  So, I got it freely and so I give it out freely. So I don’t charge anybody for my services”.

On the other hand, he charges for the actual drilling. But when he only goes to do the survey and detection he asks clients to pay for his logistics such as accommodation and transport. In the past he had his own drilling equipment but due to long use it has become unusable. Thus, he refers his clients to the available drilling companies.

The fame of Brother Dario goes beyond the borders of Kenya. Every year, he is invited to survey and detect water in Uganda, Sudan and Ethiopia. He has attracted the attention of Churches, NGOs, government, Hydrologists and drilling companies. In an earlier interview he said with a big smile on his face that when people see him they see water. Currently, he is de facto the main consultant on matters of water in the Turkana region where recently two aquifers have been discovered.

Passion for the mission

Brother Dario 66, hails from Friuli in the mountainous north-east region of Italy at the border with Slovenia. He belongs to a minority group of Slovenians living in Italy. His ancestors for centuries have been in the same place sometimes under Italy or Austria or the former Yugoslavia. Though an Italian citizen, at home they speak Slovenia as their language.

Luckily, through a friend the young Dario came to know the Comboni missionaries whose main charism was to go to the mission. Dario fell in love with the Combonis and started his formation journey as a brother.  During his school day, he did classical studies and then switched to industrial mechanics. Additionally, he studied electricity, electronics, building design and architecture among others.  These skills have been handy in Brother Dario’s 42-year missionary life in Africa. He took his first and final religious profession in 1973 and 1982 respectively.

The joy of the mission

Brother Dario, first came to Africa in 1975. Since that time he has been in various Comboni missions in Kenya. As a Brother, apart from the borehole project, he has been building missions and schools. He also does a lot of maintenance works in the missions.

Amid so many challenges associated with being a pioneer in the missions, Brother Dario says that he never felt like leaving the missions. He stayed with the people sharing in their joys and sorrows. The eventual positive response and being accepted by the people has always been a joy for him.

“Now what remains to be done is what has to be done by the local agents and the local people. They have to go on with what they got or what we transmitted to them. Now they reality is that people have to work by themselves and be agents of their own development in all the fields,” says Bro Dario.
Interviewed and written by Andrew Bwalya
New People