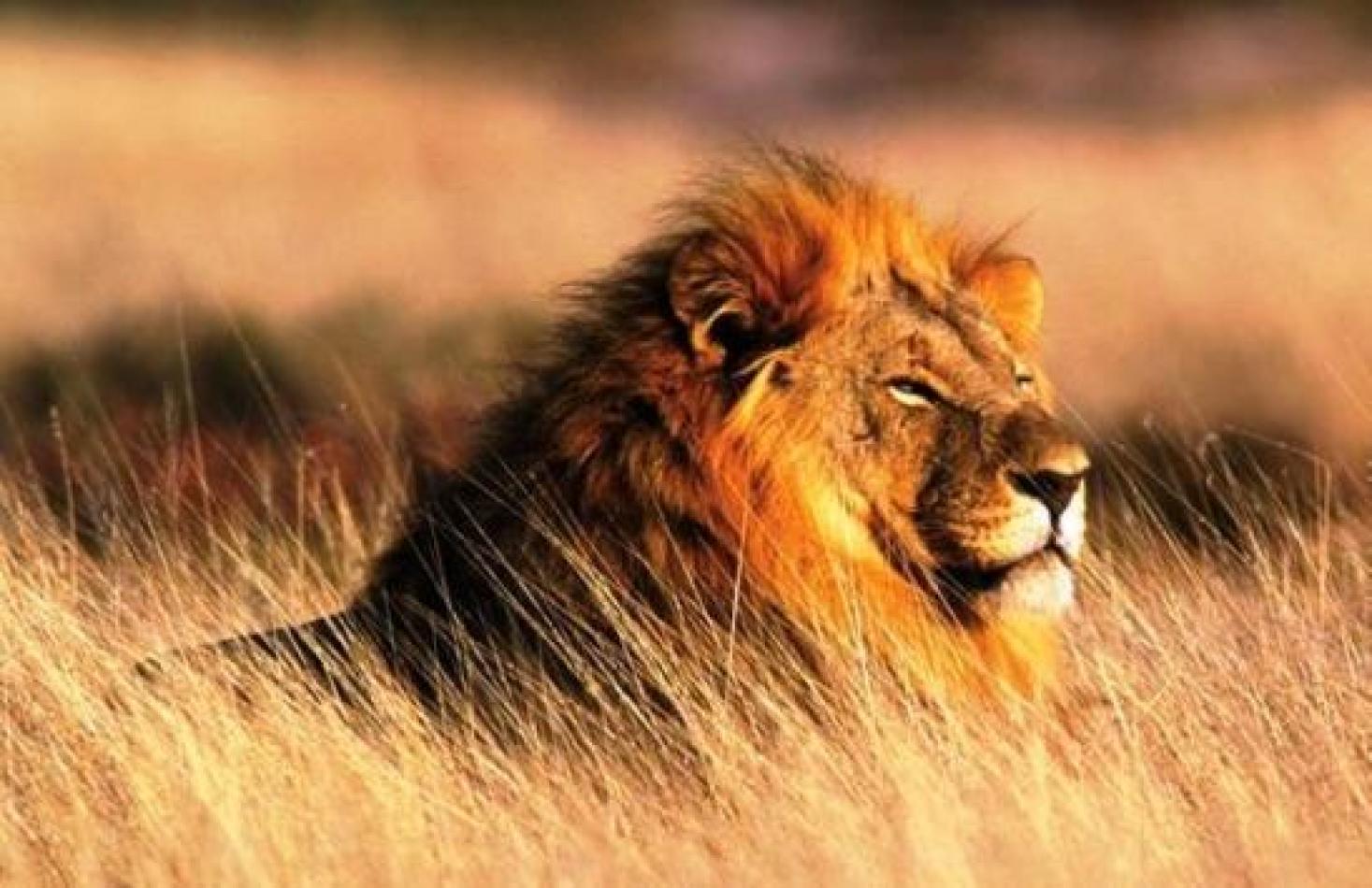 Tuesday, August 21, 2018
There was a young herd boy named Jabu. He took great pride in the way in which he cared for his father’s cattle. And his father had many cows. It was quite a task to keep these cows out of trouble, away from the farmer’s mealies (corn) and out of the dangerous roads.

Jabu had some friends who also kept their fathers’ cattle, but none of them had even half the herd Jabu did! And none of them were as careful as Jabu. It was a sign of Jabu’s father’s pride in his boy that he entrusted such a large herd to such a young boy.

One day as he sat atop a small koppie (hill) watching the animals feed and braiding long thin strips of grass into bangles for his sisters Jabu’s friend Sipho came running to him.

“Have you heard the news, my friend?” panted Sipho. Before Jabu could even answer, Sipho rushed on to tell him. “Bhubesi, the lion, has been seen in these parts. Last night Bhubesi attacked and killed one of Thabo’s father’s cows. The men of the village are already setting traps for the beast!”.

Jabu wasn’t surprised by this news. His keen eyes had seen the spoor of the lion – his left -over kill, his prints here-and-there in the soft earth, his dung.

Jabu had respect for the king of the beasts. And since Bhubesi’s pattern was to hunt at night when the cattle was safely within the corral, Jabu had seen no reason to alert the village of Bhubesi’s presence. But the killing of a cow! “I wonder – thought Jabu to himself -, if the cow was not left out of the corral?”

Thabo was known to be a sloppy herd boy, a fellow who ran with his head in the clouds. He had been known to forget a cow or two before. “Come, friend!” – Sipho urged – “come and put your cows away for the day and watch with me as the men set the traps!”.

Jabu slowly shook his head as he looked at Sipho and smiled. “You know me, friend. I cannot put the cattle back into the corral so early in the day! They need to be driven to the river before they go home”.

Sipho smiled. “Yes, I thought you would say this. But I wanted to tell you anyway. I will see you later, friend, perhaps by the fire tonight!” And Sipho ran toward the village with a final wave to Jabu.

Jabu began to gather the cows together. He waved his intonga (staff) and gave a loud whistle. Each cow looked up, then after a moment’s pause, slowly started to trudge toward Jabu. With a grin Jabu began to take them to water.

Jabu bathed his feet in the cool refreshing river as the cows drank their fill. It was a fine sunny autumn day, and if his mind had not been so busy thinking about the lion and the traps the men were setting, Jabu would probably be shaping the soft river clay into small cow figurines for his young brother. Then Jabu heard a sound that stole his breath from him. “Rrrrroar!” came the bellow. The cows all froze, a wild look coming into their eyes. “Rrrroarrrrrrr…” It was Bhubesi, and he was near! There was no time to drive the animal’s home; the lion was much too close.

Jabu slowly rose, looking carefully around, his hand clenched on his staff. He walked purposefully, trying not to show the fear that made his knees tremble, pulling the cattle together into a tight circle. The cows trusted him and they obeyed. “Rrrrroarr…oarr..oarr…aaa!” Jabu listened. Bhubesi was not declaring his majesty or might. It sounded more like a cry for help. Several more bellows and Jabu knew, Bhubesi was in trouble. Somehow this took most of the boy’s fear from him. Gripping his staff, Jabu quietly began to walk toward the lion’s cry.

Yes, indeed, the lion was in trouble. Jabu found him in a small clearing several metres across the river. He was caught in one of the traps laid by the men of the village. His head was firmly wedged in the barred structure, and the more he struggled, the tighter the snare became.

Jabu stood and stared. Never before had he seen the king of the animals so near. He truly was a majestic animal. And a large part of his heart was sore for the creature. Then the lion saw the boy. “Hawu! Mfana! (Oh! Boy!) It is good that you are here. Please, help me. I am caught in this stupid trap and I cannot free myself. Please, please, will you come and pull up on the bar that is holding my head here. Please!”.

Jabu looked into Bhubesi’s eyes. He could not read them, but he could hear the desperation in the animal’s voice. “Please, Mfana! Please! Before those hunters come and kill me. Please release me!”.

Jabu had a tender heart, but he was no fool. “I would very much like to free you, Bhubesi! But I am afraid that as soon as I did so you would make me your dinner”.

“Oh, no, Ngane wami! (My friend) I could never eat someone who set me free! I promise, I really promise with full sincerity, that I will not touch a hair on your head!”.

Well, the lion begged and pleaded so pitifully that Jabu finally decided to trust him and set him free. Gingerly he stepped over to the trap and raised the bar that held the lion’s head. With a mighty bound the lion leapt free of the trap and shook his mane.

“Oh, thank you, Mfana! I really owe you something. My neck was getting so stiff in there, and I fear it would have been parted from by body by the hunters if you hadn’t come along. Now, please, if you don’t mind, Mfana, one last thing… I have become so thirsty from being in that thing, I would really like a drink of water. Can you show me where the river is? I seem to have become confused with my directions”.

Jabu agreed, keeping a wary eye on the lion, and led the lion upstream from where he had come, away from his father’s cows, since Bhubesi had made no promise about not eating them! As lion drank he watched Jabu with one eye. He was thinking to himself, “Hmmm… nice looking legs on that boy! Hmmm… and those arms are good looking too! Pity to waste such an excellent meal!” When the lion raised his head from the river, both eyes were on Jabu, and this time the boy could see what was reflected there. Jabu began to back up.

“You promised. I saved you from the hunters, and you promised not to eat me!”. >“Yes” said Bhubesi, “slowly walking toward the retreating boy – You are right, I did make that promise. But somehow now that I am free it does not seem so important to keep that promise. And I am awfully hungry!”

“You are making a big mistake. Don’t you know that if you break your promises that the pieces of the broken promises will come back to pierce you?”.

The lion stopped and laughed. “Hah! What nonsense! How can such a flimsy thing pierce me? I am more determined than ever to eat you now, boy”, and he started stalking Jabu once more, “and all this talk is just serving to make me hungrier!”.

Just then an old donkey happened across their path. “Ask the donkey”, said Jabu to the lion. “Ask him and he will tell you how bad it is to break a promise”.

“He, wena! (Alright, you!) You are certainly dragging this thing out! So I will ask the donkey”. The lion turned to the old creature. “I want to eat this boy. Isn’t that okay?” Jabu broke in, “But he promised to let me go after I freed him from the snare”, Jabu added.

The donkey slowly looked at the lion and then at Jabu. “I say” – the donkey started, “that all my life these stupid humans have beat me and forced me to carry things. Now that I am old they turn me out and leave me to waste away all alone. I do not like humans”. He turned back to the lion. “Eat the boy!” and the donkey moved on.

“Well, that settles that” said the lion as he began to approach the boy once more. Just then Mpungushe the jackal stepped between the two. “Oh, terribly sorry – he said – to have disturbed you. I’ll be on my way…”. “No!” – shouted Jabu – “wait and tell the lion how bad it is to break a promise”.

“A promise?” – asked the jackal. “Well, I suppose it depends upon the promise, doesn’t it? Why? Did one of you make a promise?” Lion sat down and rolled his eyes up toward the heavens. “Yes”, Jabu said. And he told Jackal how he had freed the lion from the trap, and how Lion had promised not to eat him, and how now Lion was intent upon doing that very thing!

“Oh, what a silly story!” said Jackal. “My nkosi, the great king of all the animals, stuck in a little trap made by humans? Impossible! I don’t believe it”. “It is true – said Bhubesi -. It is a strong and terrible trap!”

“Oh, I can’t believe anything is stronger than my king. I must see this thing! Please, will you take the courtesy before your dinner to show me this trap that you are speaking about? Please! Then you can eat your meal in peace!”.

So the lion, keeping Jabu in front of himself, led Jackal to the trap. “But you can’t tell me that this little thing could actually hold your head! Never! I just can’t imagine it. Nkosi, would you mind just sticking your head there so I can see how you looked when the boy found you?”

“Hawu. You are taxing me with your questions. This last thing I will do for you and then you must be on your way and leave me to my dinner in peace”.

So Lion stuck his head back between the bars just the way he had been when Jabu had found him. Then, quicker that lightning, Jackal threw the top bar in place. Lion was caught fast once again! “Yes” – said Jackal – “now I see how you were trapped. What a pity that you are so trapped once more. But the boy is right, Nkosi. Broken promises always catch up with you!”

Lion roared in anger, but the sound trap held him well. Jabu thanked the jackal and ran back to his cows, who were all patiently waiting for their shepherd’s return.

Jabu drove them home and into the corral. What a day he had had! “Jabu, Jabu, – Sipho came running from behind Jabu -. The lion has been caught in the trap near the river! You and your cows missed all the adventure!”

Jabu turned and smiled at his friend. “We have had all the adventure we need for one day”, he said. And as Sipho headed back to the hunters to hear the story once again of the mighty lion caught in the trap, Jabu greeted his mother in the cooking house and sat down with a sigh.
A Traditional Zulu Story – South Africa