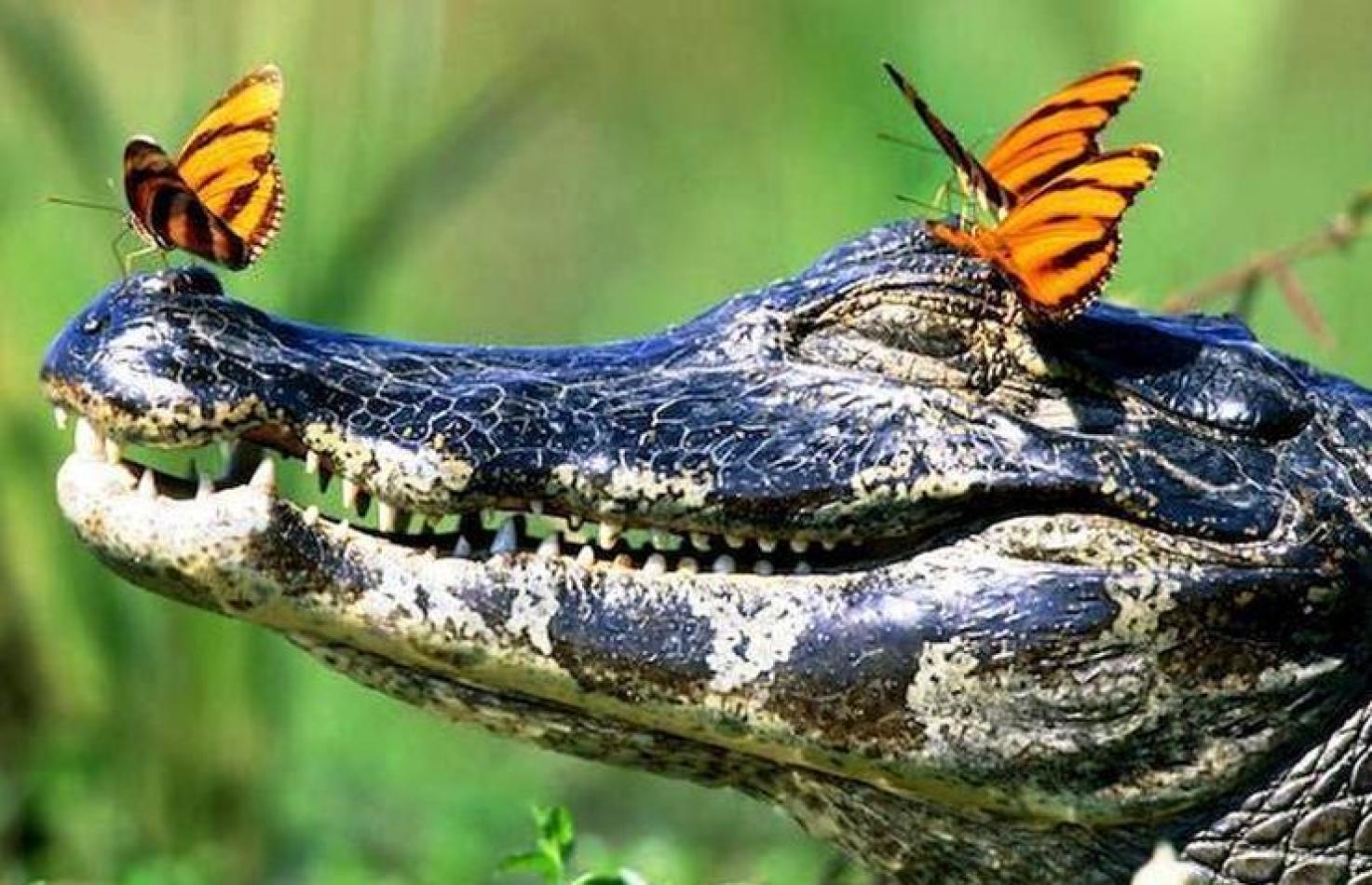 Friday, September 7, 2018
There was once a very big cave. It was divided into two parts being dry and the bottom part filled with water. In the bottom part there lived a crocodile. The crocodile did not live alone in the cave, for various other wild animals stayed there too. They lived in the dry part and various water creatures swam in the part, which was filled with water. The crocodile spent most of his time in the water, but sometimes he would emerge from the cave for a short distance.

One day a hunter went near the cave in search of animals. He saw the crocodile resting in the sunshine outside the mouth of the cave. The hunter aimed his bow and arrow at the crocodile but immediately his eyes became blind.

When the hunter let the arrow fall from the bow his eyes opened again. He could see the crocodile smiling with pleasure at the cleverness of his trick.

The hunter did not stay, but ran back to his village and told the people what had happened.
“As I pointed my arrow at the crocodile”, the hunter declared, “I became blind. The arrow fell out of my bow and then I could see again”.

The people in the village grew very excited. Nearly half of them took up their bows and arrows and went off towards the cave.

“We shall catch that crocodile”, they all shouted. When the villagers came near the cave they saw the crocodile where the hunter had seen it, resting in the sunshine outside the cave. The very moment that each villager put an arrow in his bow and aimed at the crocodile, he became blind.

“Take your arrows from your bows”, cried the hunter, and when they did so, the eyes of the villagers could see again.

“No man can harm me”, said the crocodile, looking at the villagers. He got up from his resting-place and went back into the cave where all the animals praised him for guarding them so well.

“We will live our own lives in our village”, declared the disappointed villagers as they returned to their homes. “That crocodile will remain in his cave. There is nothing we can do to change this”. However, some of the young men were not satisfied with this. From time to time, an exceptionally brave youth would return to the cave determined to kill the crocodile. But he never succeeded.

“Be blind with your bows and arrows”, said the crocodile with a smile. Neither he nor the villagers had ever heard of guns in those days long ago.
Comboni Missionaries
Story from Zande people, Uganda