Home
Circumscriptions
España - (Noticias)
Africa Meeting in Madrid: “We are from the earth – Ecology in Africa and in the world”

Africa Meeting in Madrid: “We are from the earth – Ecology in Africa and in the world” 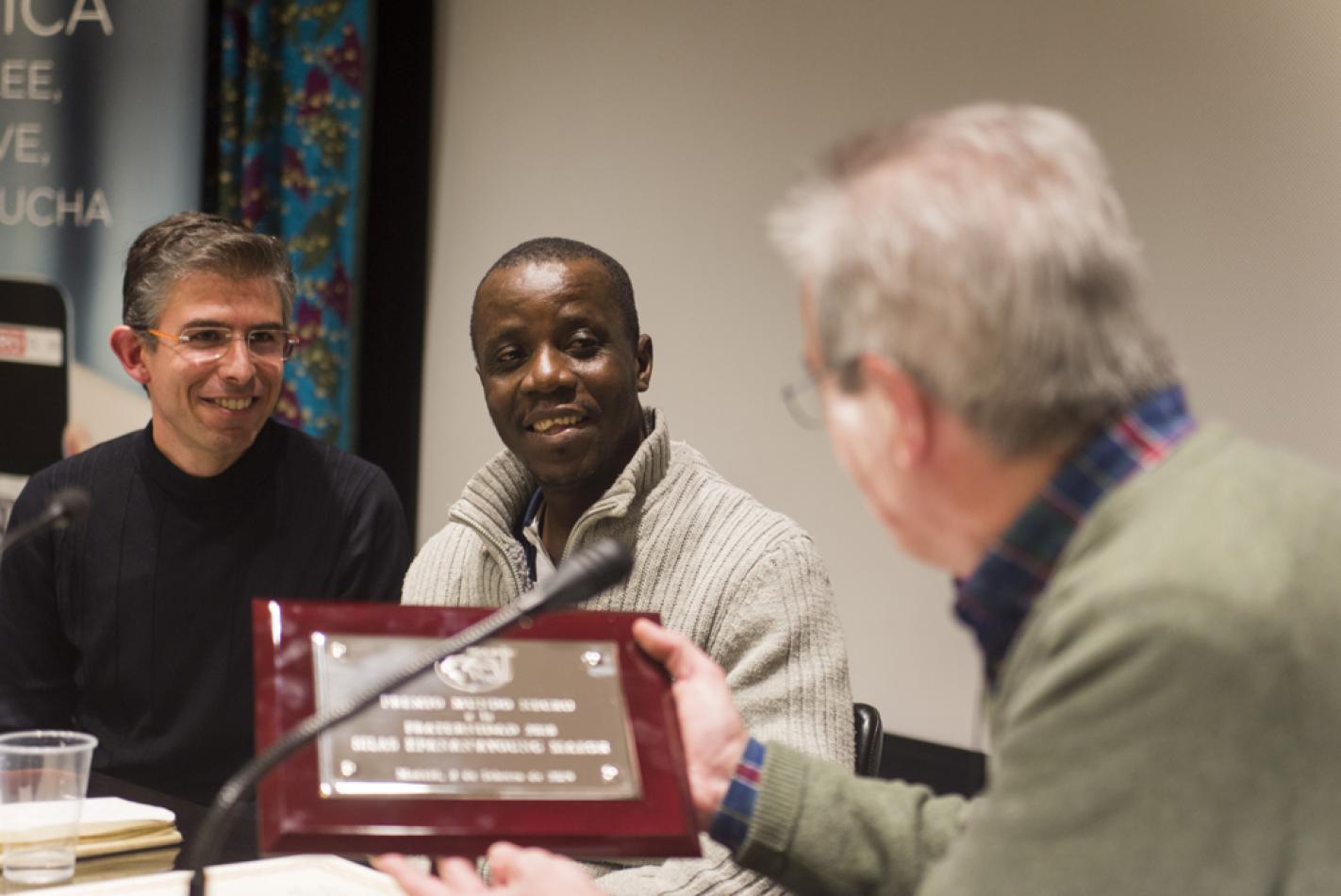 Monday, February 25, 2019
The 31st edition of the Africa Meeting, organized by the magazine Mundo Negro, was held in Madrid on February 1-3, 2019. It was titled, “We are from the earth. Ecology in Africa and in the world.” In the course of the event, the Mundo Negro 2018 Fraternity Prize was awarded to the Liberian activist Silas Kpanan Ayoung Siakor, for his activity in defending the environment and his exposure of the clandestine traffic in lumber and diamonds on the part of the Liberian government. [Mundo Negro]

This Africa Meeting was not intended only as a denunciation of situations of this sort that damage and impoverish the local population, struck by this uncontrolled plundering of resources, but also as an opportunity to highlight what is being done to face the abuse and to name those who are giving their lives to the cause with great courage. We wanted to recognize the work that the Institute for Sustainable Development has been doing since 2002 through its founder, Silas Siakor, who also has been fighting to make sure that the local communities receive their just share of the benefit derived from these activities.

Following the meeting in Madrid, Silas Siakor held a number of lectures and attended several media events in Granada and in Barcellona. While in San Francisco, on April 24, 2006, he had already received the Goldman Prize for the Environment, known as the Nobel of the ecology, awarded every year to people who fight in defense of nature.

During these meetings “Silas” was shown, a documentary on the life and activities of the Liberian leader who through Mundo Negro also received €10,000 for the work of his NGO.

Mundo Negro already dealt with this topic at other times, because around the world there are too many prying eyes pointed at Africa and, for sure, not for any positive reasons. During the meeting the encyclical Laudato Si’, which the Pope gifted us with four years ago, was very much remembered: “There will never be a new relation with nature without a new human being. There is no ecology without an adequate anthropology.”
[Mundo Negro]