Home
Mission Secretariat
Synod of Bishops for the Pan-Amazonian Region: October 2019
Prayer in preparation for the Amazon Synod

Prayer in preparation for the Amazon Synod 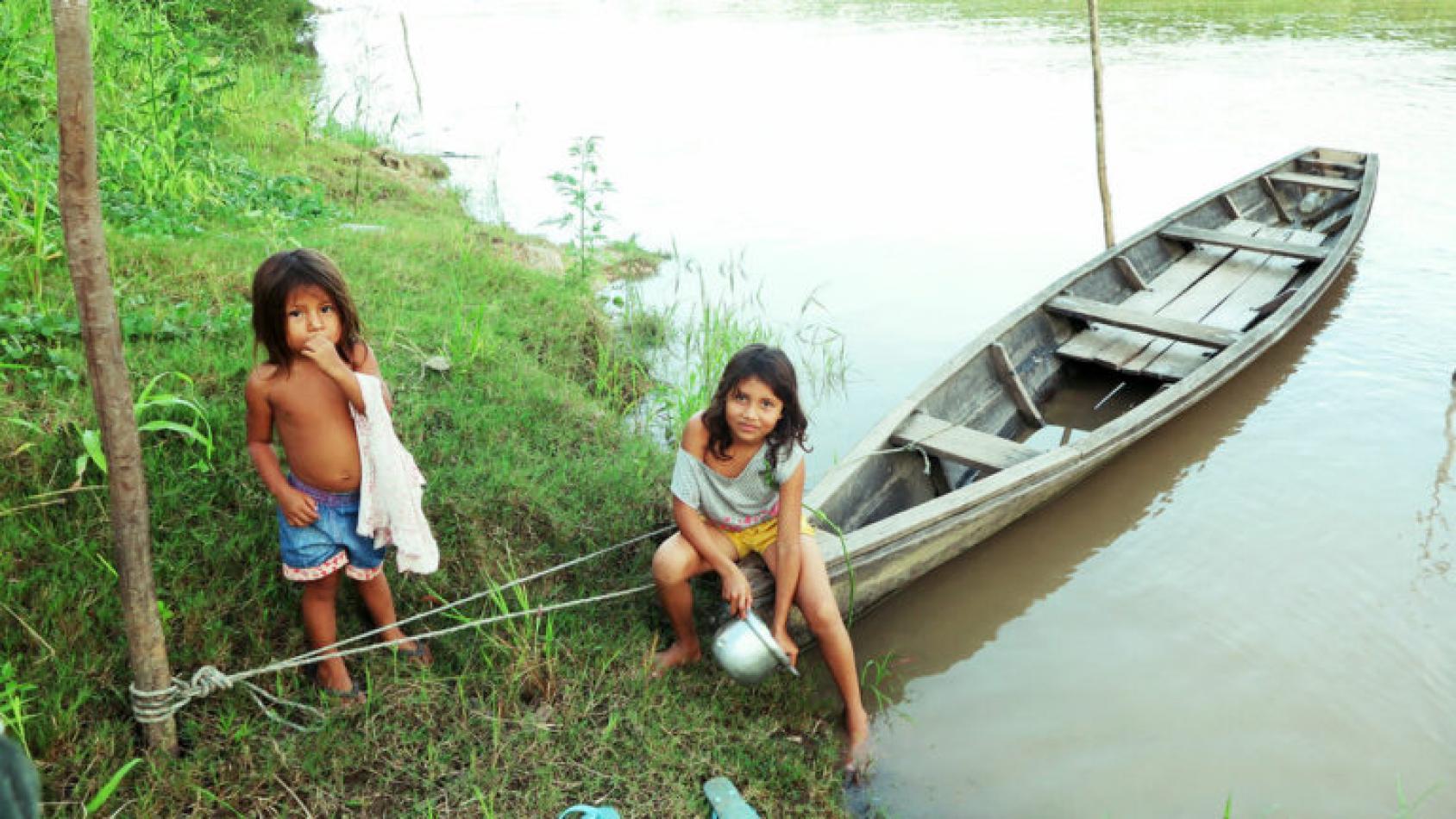 Sunday, September 8, 2019
The Synod takes place from 6-27 October 2019 on the theme “Amazonia: new paths for the Church and for an integral ecology ". At the heart of the Synod’s working document is the cry of the Amazon that asks the Church to be its ally in reaching out to everyone, especially to the poor, as they seek human dignity and true fulfilment in their lives.

Prayer in preparation for the Amazon Synod 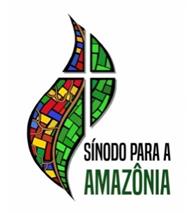 Lord, help your Church to listen
to the people of the Amazon,
and to respond with them
to the devastation
facing both people and environment.
The Amazon in all its biodiversity
and cultural richness
is “a mirror of all humanity”.*
To defend it, we must all make changes – within ourselves,
our nations,
and within the Church.

As we travel the journey
Laudato Sí sets out before us,
may we be more aware
of the ecological and cultural crisis
of the Amazon Basin,
and learn how to be better carers and stewards of creation.

May we courageously stand
against injustices, including:
loss of territory,
exploitation,
threats to biodiversity
and the imposition of
cultural and economic models
which are alien to the lives
of indigenous peoples everywhere.

Teach us how to listen deeply,
to act justly,
to love tenderly
and to walk humbly on this earth.
Amen


Synod for the Amazon
Summary of the Working document

The Synod takes place from 6-27 October 2019 on the theme “Amazonia: new paths for the Church and for an integral ecology ".

At the heart of the Synod’s working document is the cry of the Amazon that asks the Church to be its ally in reaching out to everyone, especially to the poor, as they seek human dignity and true fulfilment in their lives. The Working Document was presented to the press on Monday, June 17, by the General Secretariat of the Synod of Bishops. It is the result of a listening process that began with Pope Francis' visit to Puerto Maldonado in Peru, in January 2018, and continued with consultations throughout the Amazon Region and a Second Meeting of the Pre-Synodal Council last May.

Amazonia encompasses a region of 7.8 million square kilometres. It includes territory that belongs to nine different nations: Brazil, Bolivia, Peru, Ecuador, Colombia, Venezuela, Guyana, Suriname and French Guyana.  Its rainforest (5.3 million square kilometres) is the largest in the world and is an irreplaceable source of fresh water, oxygen and biodiversity for the planet.

“The Voice of the Amazon” is the title of the first part of the document and it presents the reality of the territory and of its peoples. It focusses on the relationship between life and water  - stressing that  the great rivers flowing through the region are crucial not only for the flora and the fauna of the territory and of the earth, but for the livelihood, culture and spirituality of thousands of indigenous communities, other minorities and the farmers who live in the Amazon region.

Life in the Amazon is threatened

Life is threatened by environmental destruction and exploitation, by the systematic violation of the fundamental human rights of the peoples of the Amazon: in particular, by the violation of the rights of the indigenous peoples - such as the right to land, to self-determination, to consultation and prior consent.  According to the communities that took part in the Synodal listening process, their life is threatened by the economic and political interests of the dominant sectors of today's society, in particular the interests of the mining companies. Also, climate change and increased human intervention (deforestation, fires and the change of land use) have put the Amazon on a path of no return, with high rates of deforestation, forced displacement of peoples and pollution that puts its ecosystems at risk and exerts pressure on local cultures.

The cry of the earth and of the poor

In the second part, the document analyses issues and offers suggestions relating to integral ecology.  As reports by the local Churches received by the General Secretariat of the Synod express, Amazonia today is a “wounded and deformed beauty, a place of pain and violence”. Violence, chaos and corruption are rampant. The territory has become a place of strife and of extermination of peoples, cultures and generations.  There are those who are forced to leave their land; often they fall into criminal networks, drug trafficking and trafficking in human beings (especially the women), child labour and prostitution.  It is a tragic and complex reality, beyond the boundaries of the law and of rights.

Territory of hope and "good living"

The original Amazonian peoples have much to teach us. For thousands of years they have taken care of their land, water and forest, and have managed to preserve them to this day so that humanity can benefit of the free gifts of God's creation.  New paths of evangelization must be built in dialogue with ancestral wisdom in which the seeds of the Word are manifested. The Synod of the Amazon is a sign of hope for the people of the Amazon and for humanity

Peoples in the peripheries

The Working Document also analyses the situation of Indigenous Peoples in Voluntary Isolation. According to data from specialized ecclesiastical institutions there are between 110 and 130 different voluntarily isolated indigenous peoples, living on the margins of society or in sporadic contact with it. They are vulnerable to threats from drug traffickers, mega infrastructure projects and illegal activities linked to the extractive industry.

The Amazon is one of the regions with the highest internal and international mobility in Latin America.  According to statistics, the urban population of the Amazon has increased rapidly; currently between 70 and 80% of the population lives in cities, which permanently receive a large number of people migrating to them and are unable to provide the essential services that migrants need. Although the Church has accompanied this migratory flow, it has left pastoral gaps that need to be filled.

A Prophetic Church in the Amazon: Challenges and Hopes

Finally, the last part of the Working Document invites the Synod Fathers of the Amazon to discuss the second point of the theme proposed by the Pope: new paths for the Church in the region.

Local communities need a Church that participates, that is present in the social, political, economic, cultural and ecological life of its inhabitants; a Church that is welcoming towards cultural, social and ecological diversity in order to be able to serve individuals or groups without discrimination; a creative Church that can accompany its people in the implementation of new responses to urgent needs; a harmonious Church that promotes the values of peace, mercy and communion.

The Sacraments and popular piety

Communities frequently find it difficult to celebrate the Eucharist because of the lack of priests. “The Church draws her life from the Eucharist” and the Eucharist builds up the Church. For this reason, instead of leaving communities without the Eucharist, the criteria for the selection and preparation of ministers authorized to celebrate it should be changed. The communities ask for greater appreciation, accompaniment and for the promotion of popular piety with which many people express their faith through images, symbols, traditions, rites and other sacramentals. It is the manifestation of wisdom and spirituality that constitutes an authentic theological place with a great evangelizing potential. It would be appropriate to reconsider the idea that the exercise of jurisdiction (power of government) must be linked to all areas (sacramental, judicial, administrative) and permanently, to the Sacrament of Holy Orders.

In addition to the plurality of cultures within the Amazon, distances generate a serious pastoral problem that cannot be solved by mechanical and technological means alone. It is necessary to promote indigenous vocations of men and women in response to the needs of sacramental pastoral care; their decisive contribution lies in the impulse to authentic evangelization from an indigenous point of view, according to their customs and habits. They are indigenous people who preach to indigenous people with a profound knowledge of their culture and language, capable of communicating the message of the Gospel with the strength and effectiveness of those who have their own cultural background.  It is necessary to move from a “Church that visits” to a “Church that remains”, accompanies and is present through local ministers.

Affirming that celibacy is a gift for the Church, the Document states that, for the most remote areas of the region, the possibility of priestly ordination be studied for married men with families. The clause, that aims to ensure the Sacraments that accompany and support Christian life, specifies that these men must preferably be indigenous elders who are respected and accepted by their community.

The kind of official ministry that can be conferred on women is still to be identified, taking into account the central role women play today in the Church in the Amazon.

It is demanded that the role of women be recognized, starting from their charisms and talents. They ask to re-appropriate themselves of the space given to women by Jesus, “where we can all find ourselves.” There is also a proposal to guarantee them their leadership, as well as wider and more relevant spaces in the field of formation: theology, catechesis, liturgy and schools of faith and politics.

It is proposed, therefore, to promote an alternative and prophetic model for consecrated life, which is inter-congregational and inter-institutional. Above all, it must have a sense of readiness “to be where no one wants to be and with whom no one wants to be with”. It is recommended that formation for religious life should include processes focused on interculturality, inculturation and dialogue.

The document also highlights an important phenomenon to be taken into account, namely the rapid growth of recent evangelical churches of Pentecostal origin, especially in the peripheries: “They show us another way of being church, where the people feel protagonists and where the faithful can express themselves freely without censorship, dogmatism or ritual discipline”.

Church and power: the path of the cross and martyrdom

Being Church in Amazonia means to prophetically put power into question, because in this region people do not have the opportunity to assert their rights against large economic enterprises and political institutions. Today, to question power in the defence of land and human rights, means to put one's life at risk, opening a “path of the cross and martyrdom”. The number of martyrs in the Amazon is alarming (e.g. in Brazil alone, between 2003 and 2017, 1,119 indigenous people were killed for defending their land). The Church cannot remain indifferent to this; on the contrary, it must support the protection of human rights’ defenders and remember its martyrs, including women leaders, such as Sister Dorothy Stang SND    -  murdered in Anapu, a city in the state of Pará, in the Amazon Basin of Brazil

The voices of the Amazon call upon the Synod of Bishops to give a new response to different situations and to seek new paths that make a kairos possible for the Church and the world.

Now is the right, critical and opportune moment!