Home
Mission Secretariat
Synod of Bishops for the Pan-Amazonian Region: October 2019
The Amazon synod, by the numbers

The Amazon synod, by the numbers 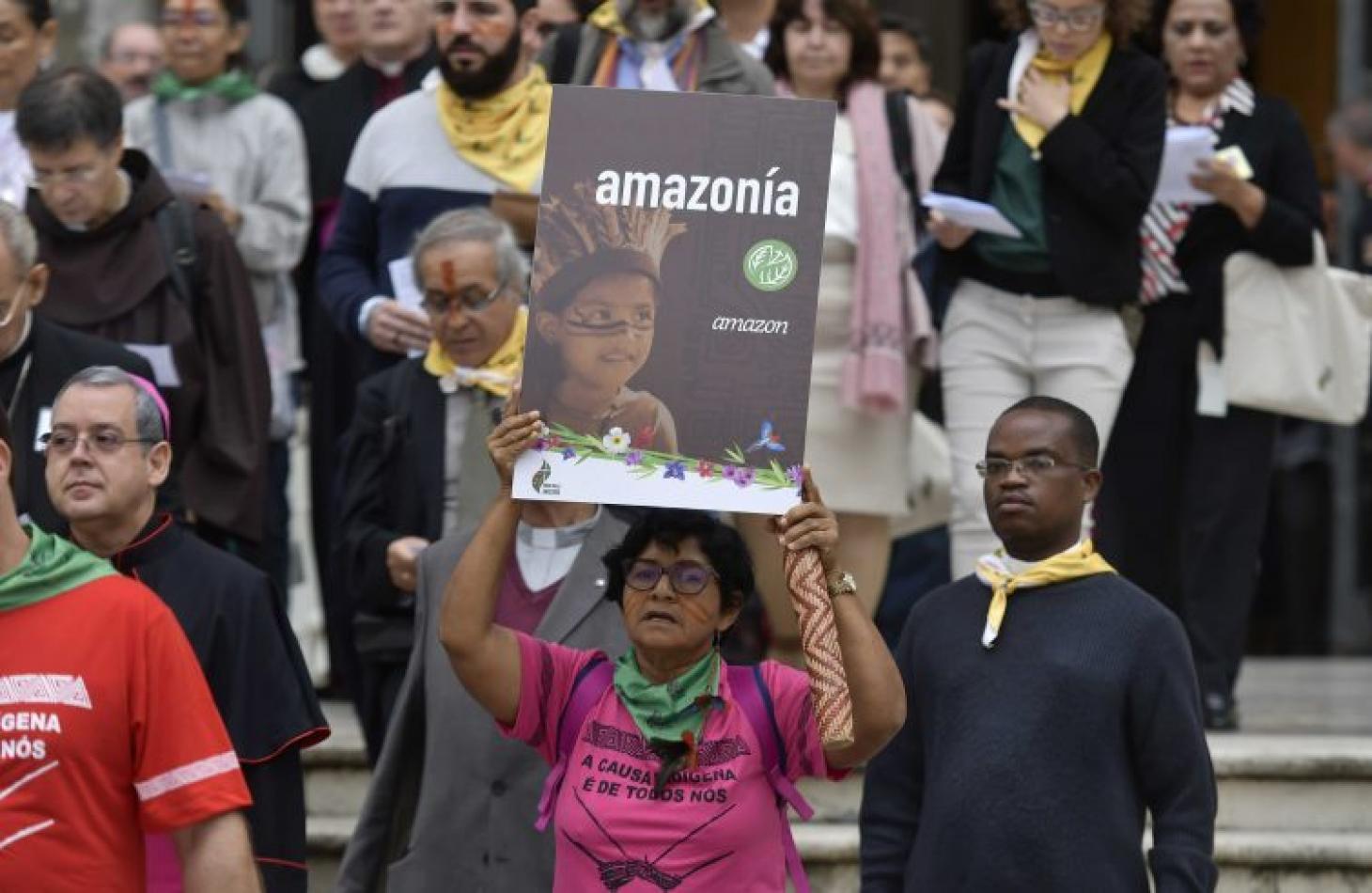 Wednesday, October 16, 2019
The Vatican’s Amazon synod began this week. Over 200 people are gathered in the Vatican to discuss the life and ministry of the Church in the Pan-Amazonian region, an area surrounding the Amazon River which spans nine countries.

Pope Francis announced a meeting of the Synod of Bishops to discuss matters of importance to the Pan-Amazonian Region in 2017. The two years since that have been spent planning for this month’s gathering.

According to the head of the Synod of Bishops, Cardinal Lorenzo Baldisseri, around 260 events were held in the Amazon to prepare for the synod. Most of those events were listening and consultation sessions, attended by approximately 87,000 people.

The synod’s working document, or Instrumentum laboris, guides the process. The document is 147 paragraphs long. According to Baldisseri, it is the product of listening to the thoughts, questions, and concerns of people in the Amazon. He said it is a starting point for discussion.

The document is controversial, and some Church leaders have criticized its theological approach. Pope Francis himself, at the synod’s opening session, called the document a “martyr text destined to be destroyed.”

How much of the Instrumentum laboris gets incorporated into the final document depends on the work of the assembly, which will produce a final document of recommendations to give to Pope Francis.

The actual synod assembly is taking place in Vatican City over 22 days. The synod began with an opening Mass said by Pope Francis in St. Peter’s Basilica Oct. 6 and continues through Oct. 27, concluding with a closing Mass.

During those 22 days, the synod’s bishops, experts, observers, and other advisers are meeting inside the Vatican’s Synod Hall to hear presentations, and to work in small groups that discuss aspects of the assembly’s Instrumentum laboris.

The synod’s final document, essentially a set of recommendations to Pope Francis, is approved by the synod fathers toward the end the synod. It will require a 2/3 majority to pass.

There are 185 synod fathers participating in the Amazon synod. A synod father is the name given to the bishops, or in some cases, priests and religious brothers, who make up the voting members of a synod assembly. More than 145 of the members of the 2019 synod come from, or serve in, places in South and Central America.

Women are also participating in the synod in the capacity of auditors or experts. Baldisseri said last week that the 34 women is a record number to participate in a synod. Of  the 34 women, 20 are members of religious orders.

Baldisseri has proposed to make a “symbolic gesture” of commitment to ecological friendliness by buying bonds that would reforest 50 hectares (nearly 124 acres) of land in the Amazon basin.

This purchase would be, he said, to offset the CO2 emissions caused by the synod, of which it is calculated that 438,373kg is caused by the air travel of participants in the assembly, and 134,435kg by other emission-causing activities, such as the use of energy, water, and transportation in Rome.

This and other initiatives, including the use of glass and metal water bottles, along with biodegradable cups instead of plastic, are intended to make it a “synod at ‘Impact Zero,’” Baldisseri said.

The Amazon River basin, most of which is covered by the Amazon rainforest, encompasses 2.4 million square miles, mostly in Brazil, but also in the countries of Bolivia, Colombia, Ecuador, Peru, Venezuela, Guyana, French Guiana, and Suriname.

According to statistics provided by the Vatican, due to large migration from forest villages, now an estimated 70 to 80% of the Pan-Amazonian population, around 34 million people, live in cities. Because of this, many cities in the Amazon face urban crowding and lack of infrastructure and resources, making urban poverty one of the major issues facing the region, and one of the many topics to be addressed over the next three weeks.

As with any major international event, the synod takes a sum of money to prepare for and to conduct. Expenses include international and domestic transportation, lodging, food, personnel, and interpreters, among many others. Information about how much money has been spent has not been made public. Both the Vatican press office and the office of the Synod of Bishops declined to provide that information to CNA.