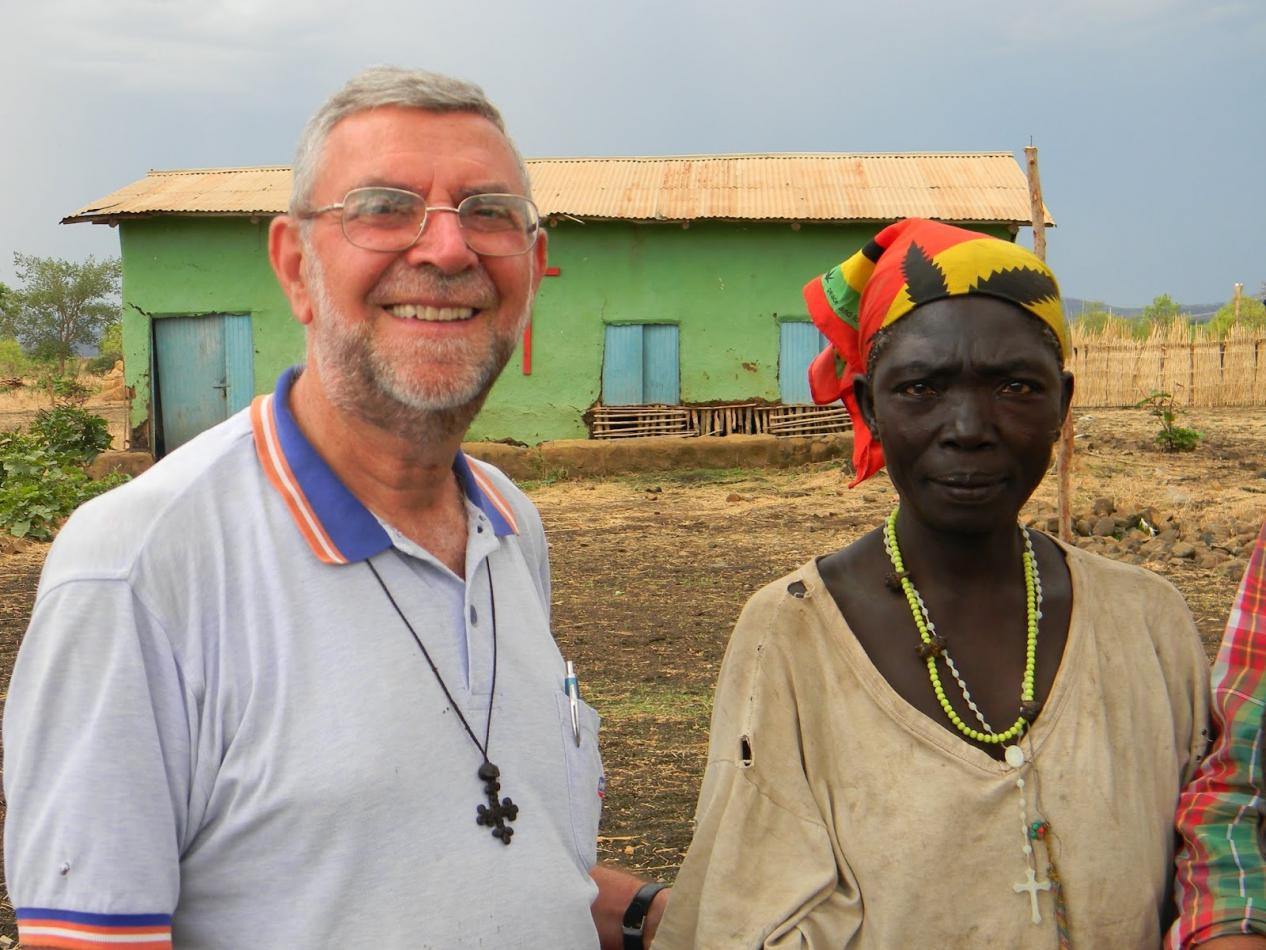 Monday, October 21, 2019
In order to preserve the identity of the specifically missionary institutes, born mainly in the 19th and 20th centuries, it seemed essential to maintain the distinction between territories or groups that have been already evangelized and those that have not. When these institutes were born, the distinction did not present a major problem.

Africa or Asia were continents of first evangelization. They were recipients of missionaries coming from Europe and America, which were Christian continents.

In a little more than 50 years, the situation took a dramatic turn. Today it is in Africa, Asia and Latin America where the most dynamic and vibrant Christians communities are to be found and from where vocations come. The largest group of foreign missionaries in Ethiopia, for example, comes from India. Today, it is no longer possible to identify a particular territory, let alone a continent, that can be said to be non-evangelized. Everything is mixed.

Pope St. John Paul II, in his Encyclical Letter RedemptorisMissio, still tried to save the mission specifically Ad Gentes by distinguishing between three possible situations or scenarios: the “mission Ad Gentes” which is addressed to those who do not know yet Jesus, the “new evangelization” which is addressed to those who abandoned Christianity, and the “ordinary pastoral care of the Christian communities”. But the explanation he gives trying to explain what the mission Ad Gentes is and the examples he gives to illustrate it, such as the new areopagi, which include the youthand the means of communication…, indicate how problematic the distinction is.

Pope Francis does not seem to be very concerned with maintaining and emphasizing the distinction. For him, the whole Church is missionary by its very nature and, therefore, must be in a permanent state of mission, almost in a state of emergency, like a "field hospital", because humanity is in permanent need of being evangelized with the word or with the action.

Looking back at the situation we are living in Ethiopia, Pope Francis' vision fits better with the reality we are living. The distinction between what would be mission Ad Gentes and other types of pastoral action would be totally artificial. Statistics give 45 percent Orthodox Christians, 34 percent Muslims, 15 percent Protestants. A small percentage would remain for all other confessions (Catholics are 0.7 percent), including traditional religions, which are the only ones among whom direct evangelization can be done. But in many cases to be Christian or Muslim is only a question of external identification; they do not know anything about their own religion.

Regarding the announcers of the message, at the time when the foreign missionaries came for the first time, such as the Capuchins, the Vincentians, the Comboni Missionaries or the Consolata, the Salesians... they were clearly missionaries Ad Gentes since there were not Catholic communities. But today, the situation is quite different. The local clergy have inherited many of the parishes of the missionaries and they all work under the same conditions and practice similar methods of pastoral work. Likewise, in the structures of the Church (bishops, national or diocesan bodies), missionaries and non-missionariesare inextricably intermingled.

And yet we can say that there is still a characteristic which marks the missionaries and which is their specific contribution to the local Churches. Non that much in being Ad Gentes, but in being Ad Extra, in the fact of going out of their country andculture, fostering exchange and interculturality, which is one of the distinguishing notes of the Catholic Church.If a particular Church would say: "I can already meet all my needs with the local personnel so I do not need any one from outside” it would be a Church that stagnates and impoverishes. Now-a-days does not exist a continent which sends and another one which receives. What exist is an intertwining of "missionaries" who go out to carry their gifts to other countries o continents which, in turn, send their own. Such was the evangelization of Europe in the Middle Ages with English missionaries going to Germany, Romans going to England, Irish going to the rest of Europe and vice versa...

The missionary institutes can offer specific services to the local Churches in the field of mission animation, justice and peace, reconciliation, media… Hence the need for missionaries specialized in some specific field and it is up to their congregation discover which field is most in accord with its original charisma.

A purely Ad Gentes territory, today is almost a luxury difficult to find. However, there is no doubt that, if it exist, would be a field for missionaries. If networking for peace and justice from an office in Brussels or New York is unquestionably a missionary task, no less is it to be in the middle of the bush among the most forgotten and marginalized. It is precisely because they are marginalized that they have remained excluded also frombeing evangelized.

That is especially true for the Comboni Missionaries, because they have received from the founder the attention for the most poor and abandoned.  In this sense, I believe that in Ethiopia we Comboni Missionaries have done a good service to the local Church by handing over to it the the big majority of the already well establishedmissions in order to open new ones among the Gumuz, on the border with Sudan, a tribe which, because of its geographical distance from the centers of power and because of the color of their skin, represent an extreme case of marginalization. And the local Church has appreciated the gesture.
Fr. Juan González Núñez