Home
Mission Secretariat
Synod of Bishops for the Pan-Amazonian Region: October 2019
Conversion and mission: this is how the Gospel can save the Amazon’s peoples and land

Conversion and mission: this is how the Gospel can save the Amazon’s peoples and land 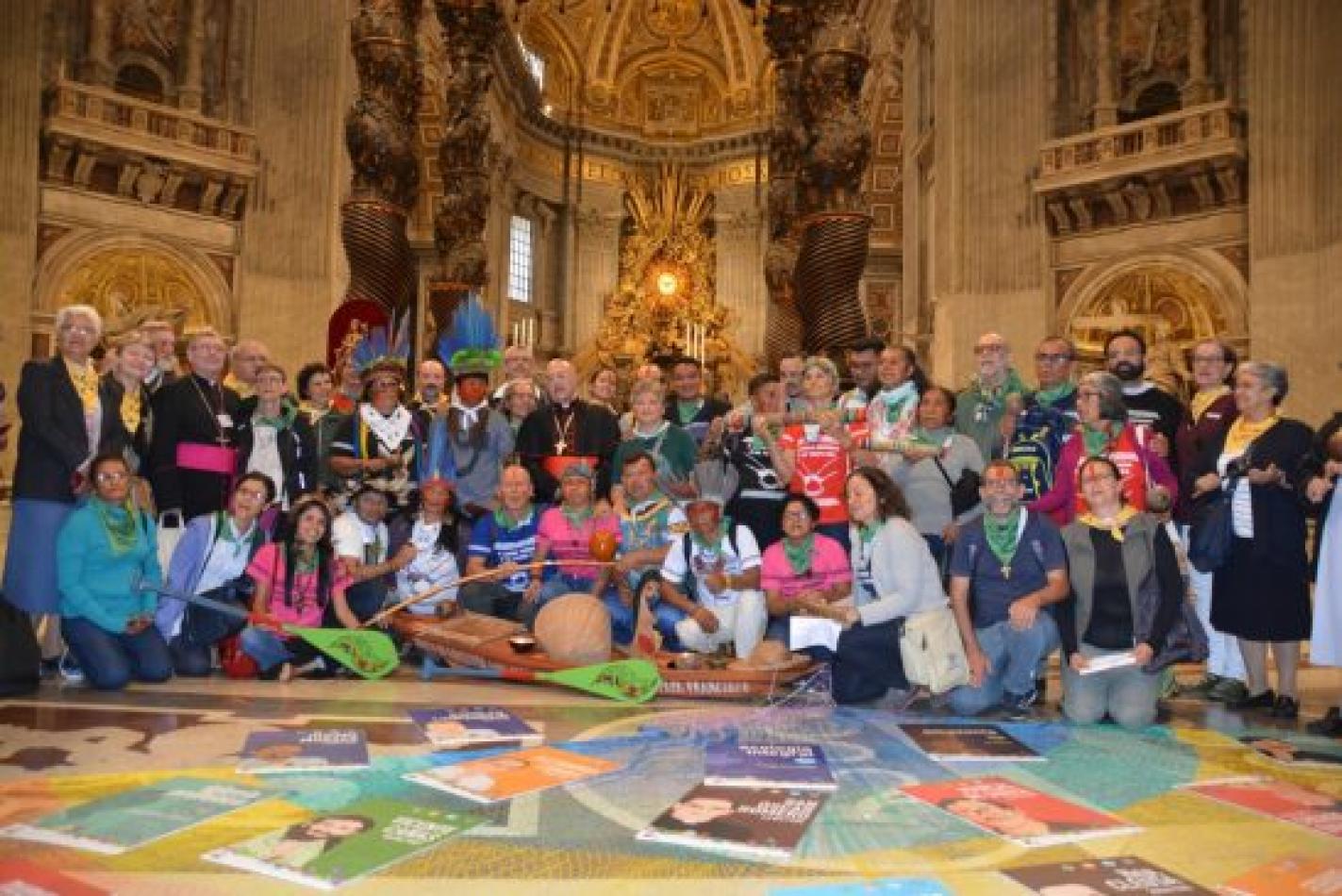 Friday, November 1, 2019
The golden thread that runs through the final document of the Synod of Bishops on the Amazon. From this Synod comes an appeal to the whole Church: to walk together, guided by the Holy Spirit.

“We have our own view of the cosmos, our own way of seeing the world that surrounds us. Nature brings us closer to God. It brings us closer to the face of God, in our culture, in our ways of life. As indigenous peoples, we live in harmony with all living beings. Do not harden your hearts, but soften them. This is Jesus’ invitation. He invites us to live united. We believe in one God. We must remain united. This is what we wish for as indigenous peoples. We have our own rites, but this rite must be binded to the centre that is Jesus Christ.” 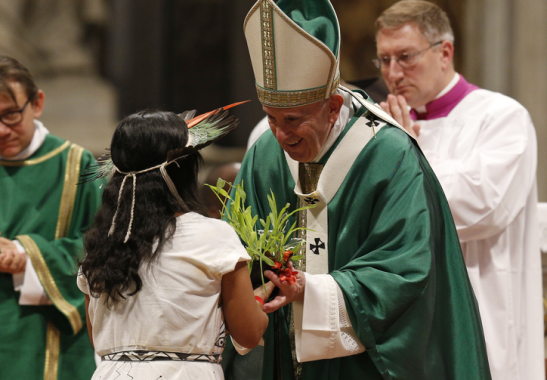 Of the testimonies that came from the participants in the Synod, one of the strongest and most vivid was offered by Delio Siticonatzi Camaiteri, a member of the Ashaninca people.

Once again what Pope Francis has taught us many times through his magisterium was been verified: we go out to proclaim the Gospel and to be close to the poorest, the rejected and the defenseless, not in order to “bring” something. We do so above all to be evangelised, to encounter the face of the God of Jesus Christ in the faces of our brothers and sisters.

The Final Document of the Synod is the fruit of the joint discernment of the Bishops of the Amazon and other parts of the world gathered by the Successor of Peter. It presents the golden thread of a triple conversion: ecological, cultural and synodal. A triple conversion in order to achieve a fourth, a pastoral one, to proclaim the Gospel of Jesus Christ in these lands with a renewed missionary zeal. The Document underlines that the basis of these four conversions is “the only conversion to the living Gospel, which is Jesus Christ”.

The tragedies that occur in that immense and sparsely populated region, described in the Document as the “biological heart” of the planet – crossed by rivers and so rich in biodiversity – are examples of the tragedies of our times. Climate change, deforestation, the rapacious depletion of resources, the abandonment in which indigenous peoples live, the challenges represented by the growth of the peripheries of the metropolises, internal and external migration and the violence perpetrated on the weakest. All this challenges Christians and calls them back to their responsibilities.

The final document clearly shows the need for a change of pace. This cannot come from missionary marketing strategies or simply from new ecclesial structures. There is a need to return to the source, to that “centre” which Delio speaks of so passionately in his testimony. Above all, the Amazon needs the superabundance of grace, of men and women who love Jesus and discover Him in the faces, in the tragedies, and in the wounds of the forgotten and exploited peoples.

All the suggestions made in the text given to the Pope by the Bishops find their context in the conversion that Pope Francis has been proposing since the beginning of his pontificate, with the Exhortation ‘Evangelii Gaudium’. These include the creation of ecclesial networks for Amazonian communities; the establishment of specific bodies so as to gather regional Bishops; the proposal of new lay ministries for women who represent the true pillars of many communities; the invitation addressed to religious congregations to send missionaries to those lands; the need to better inculturate the traditions and languages of the indigenous peoples in the liturgy; and the proposal of relaunching the permanent deaconate whilst studying the possibility of arriving at the priestly ordination of married permanent deacons.

The Synod concludes after having heard the cry of the peoples of the Amazon. It was not a “political” encounter. It was, on the other hand, an ecclesial event, of listening to the Holy Spirit to seek new paths of evangelisation whilst always being aware that everything is connected and that, for a Christian, the interest and concern for the protection of the poor and discarded, for the care and defense of creation – which God has entrusted in men and women – is not an option, but something that stems from the core of our faith.

Finally, from this Synod comes an appeal to the whole Church: to walk together, guided by the Holy Spirit. This is Delio’s plea, his and of the indigenous peoples of the Amazon. “Do not harden your hearts… This is Jesus’ invitation. He invites us to live united… We must remain united… in the centre that is Jesus Christ” .
By Andrea Tornielli
http://www.vaticannews.va