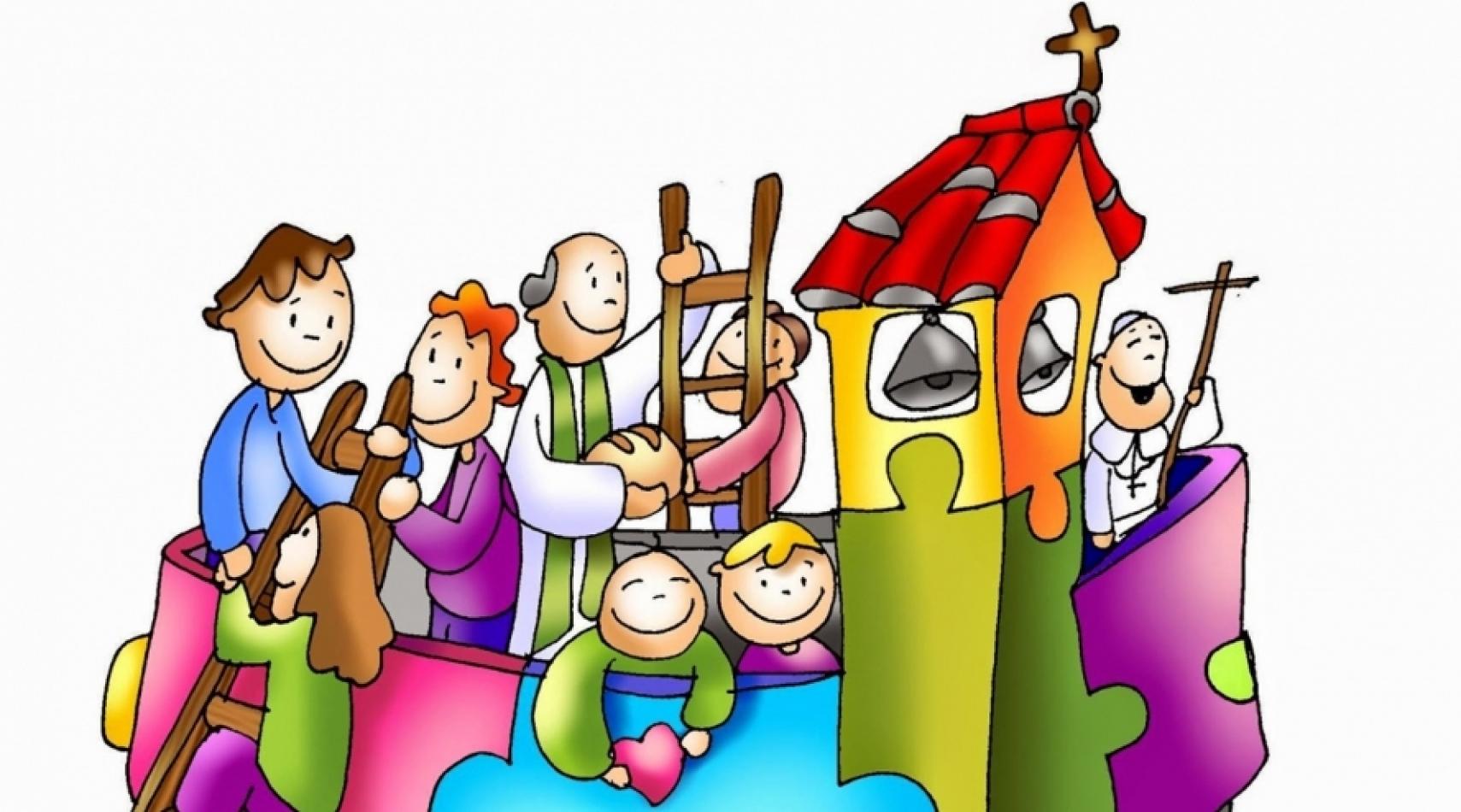 Luke wrote his Gospel around the year 85 A.D. In the fifty years that passed since the death and resurrection of Jesus, tremendous events occurred. There were wars, political revolutions, catastrophes and the temple of Jerusalem was destroyed. Christians became victims of injustices and persecutions. How to explain these dramatic events?

Courage, lift up your head! 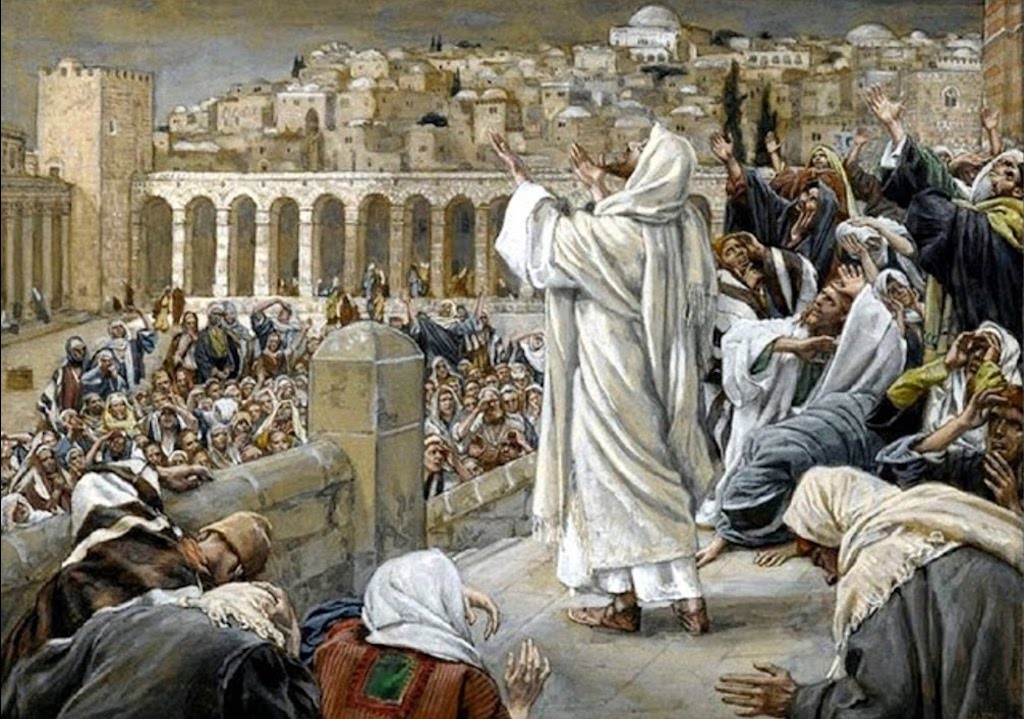 Luke wrote his Gospel around the year 85 A.D. In the fifty years that passed since the death and resurrection of Jesus, tremendous events occurred. There were wars, political revolutions, catastrophes and the temple of Jerusalem was destroyed. Christians became victims of injustices and persecutions. How to explain these dramatic events?

Someone appeals to the words of the Master: “There will be great earthquakes, famines, and plagues; terrifying signs from heaven will be seen…they will lay their hands on you” (vv. 11-12). They begin to say: Here is the explanation—Jesus had foreseen everything. The misfortunes (especially the destruction of the temple in Jerusalem) are signs of the end of the world that is coming and that the Lord is returning on the clouds of heaven.

Today’s Gospel tries to answer these false expectations and corrects the wrong interpretation that some gave to the words of the Master. His apocalyptic language already lent itself to being misunderstood. Let’s look at the details of the passage.

Some people approach Jesus who is in the temple and invite him to admire its beauty: the huge white limestone rocks perfectly squared by the workers of Herod, the decorations, the votive offerings, the golden vines hanging from the walls of the vestibule and extending more and more through the branches offered by the faithful, the facade covered with gold plates with a thickness of a coin…. With reason, the rabbis maintain: “Who has not seen the temple of Jerusalem has not contemplated the most beautiful among the marvels of the world.”

The answer of Jesus is amazing: “There shall not be left one stone upon another of all that you now admire. Amazed, they ask him: When will this be and what will be the sign that this is about to take place?” (vv. 5-7).

Why does Luke introduce this episode? He introduces it for a pastoral concern: he wants to warn his communities against those who confuse dreams with reality. Some exalted ones attributed to Jesus, predictions that were only results of extravagant speculations.

The evangelist invites the Christians to stop chasing fairy tales and to reflect on the one thing that should be of interest: what to do, specifically, to collaborate in the coming of the new world, the kingdom of God.

The “false prophets” have always represented a serious danger to the Christian communities. Luke records that Jesus is also bothered and warns his disciples against those who foretell that the end of the world is near. He strongly recommends: “Do not follow them” (v. 9). The end will not come soon; the gestation of the new world will be long and difficult.

What will happen in the time between the Lord’s coming and the end of the world? Jesus answers this question using the apocalyptic language. He talks about the uprisings of peoples against peoples, earthquakes, famines, and pestilences, terrifying events and great signs in heaven (vv. 10-11). These will be taken up and explained later: “Then there will be signs in the sun and moon and stars, and on the earth anguish of nations, perplexed by the roaring of the sea and its waves. People will faint with fear at the mere thought of what is to come upon the world, for the forces of the universe will be shaken” (Lk 21:25-26). What does he mean to say?

One of the recurring ideas in the time of Jesus was that the world had become too corrupt and that it would soon be replaced by a new reality made to sprout by God. It was said that people would be caught by great fear in the time of passage from the old to the new. The peoples and nations would be upset; there would be violence, diseases, misfortunes, and wars. The sun would appear during the night and the moon during the day; the trees would begin to shed blood and the stones to break into pieces and launch screams.

This language, these images were well known.

Jesus uses it to say to the disciples that the passage between two eras of history is imminent. His is a proclamation of joy and hope. Anyone in pain and waiting for the kingdom of God should know that the dawn of a new, wonderful day is about to appear. That is the reason that he urges the disciples not to be afraid: not to be frightened (v. 9) “When these things begin to happen, look up and lift up your heads because your redemption is near” (Lk 21:28).

After having invited them to consider the time of waiting for his return as a gestation that prepares for the delivery, Jesus pre-announces the difficulties that his disciples will have to confront (vv. 12-19).

What will be the sign that the kingdom of God is being born and established in the world? It’s not the triumphs, the applauses, the approval of people, but persecutions. Jesus foresees for his disciples: prison, slanders, betrayal by the family members and best friends. In these difficult situations, they may be tempted to become discouraged, to think to have made wrong choices in their lives.

Why endure so much suffering and make many sacrifices? It’s all to no avail: the wicked will always continue to prosper, to commit violence, to get the better of the righteous. Jesus says that this will not happen. God guides the events of people’s lives and directs the plans of the wicked to the good of his children and the establishment of the kingdom.

“Make up your minds not to prepare your defense yet”—he recommends. What does this mean? Will the disciples have to expect miraculous deliverances?

No. Jesus warns them of the danger of trusting in reasoning and calculations that people are wont to do.

If his disciples believe to be able to defend themselves using the logic of this world, instead of God’s, they will equate themselves with their opponents and will lose. They will have to happily accept the fact that they cannot resort to the methods of those who persecute them with slander, hypocrisy, corruption and violence. They must be convinced that their strength lies in what people consider as fragility and weakness. They are sheep among wolves; they cannot dress up as wolves. If they will really be consistent with the needs of their vocation Jesus, the Good Shepherd, will defend them. He will give them power no one can resist: the power of truth, love, and forgiveness.

Finally, Jesus draws an expression much used in his time: “Not a hair of your head will perish.” He does not promise to protect his disciples from any misfortune and danger. The persecuted Christians must not expect miraculous deliverances: they will lose their properties, work, reputation and perhaps even life because of the Gospel. However, despite contrary appearances, the kingdom of God will continue to advance.

Those who have sacrificed themselves for Christ, may not reap the fruits of the good they have sown, but must cultivate the joyful certainty that the fruits will be abundant. In this world, the value of their sacrifice will not be recognized. They will be forgotten, perhaps cursed, but God—and it is his judgment that matters—will give them the reward in the resurrection of the righteous.
Fernando Armellini
Italian missionary and biblical scholar
https://sundaycommentaries.wordpress.com