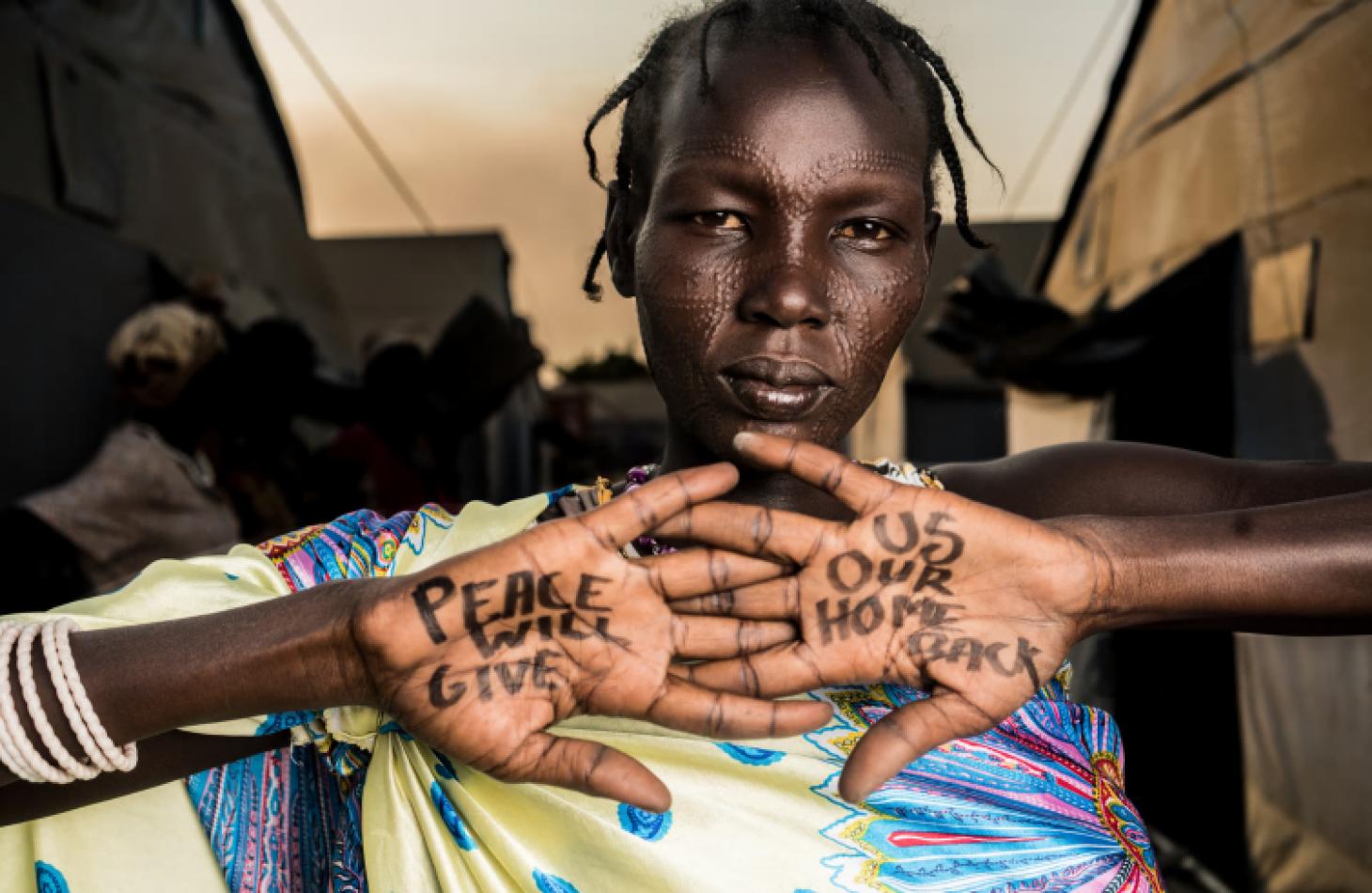 Saturday, December 7, 2019
The words of Archbishop Ian Ernest, Director of the Anglican Centre in Rome and representative of the Anglican Communion to the Holy See. Pope Francis and Archbishop Welby intend to travel to South Sudan to promote the delicate peace process and offer hope to the local population. In his view, political leaders “have the fate of the Sudanese people in their hands, like a fragile bird. And what are they going to do with it? Do they want to open their hands to allow the people to fly free, or do they want them to die in poverty, injustice and conflict? We will all be judged by our actions”.

“South Sudan is one of the most conflict-affected areas in the world, where human life is threatened, where innocent people are dying as a result of power mismanagement, hunger and famine. The Church has a mandate to bring the Kingdom of God into human history. And the Kingdom of God is a Kingdom of justice, of peace, of reconciliation, of equality.” These are the compelling motivations behind Pope Francis and the Archbishop of Canterbury Justin Welby’s decision to travel to the African country. Their intention was expressed several times but it was officially confirmed at the end of a meeting held in the Vatican on 13 November last. Archbishop Ian Ernest, Director of the Anglican Centre in Rome and representative of the Anglican Communion to the Holy See, was also present and outlined for SIR the fundamental premise and the hopes linked to this visit.

Non-Governmental Organisations and UN-department statistics concur that South Sudan is a country on its knees, where 4 out of 10 people are malnourished and 50% have no access to drinking water. The world’ s youngest State, with over 60 ethnic groups, is one of the most fractured in Central Africa. A war has been raging since 2013 with a heavy impact on the civilian population, fuelled by the ethnic Dinka militias loyal to Salva Kiir and the ethnic Nuer militias led by Machar.

Political instability has been compounded by floods, famines and food crises, forcing 2.5 million people to flee and seek refuge in Ethiopia and Uganda.

“I was impressed by the fact that Pope Francis and Archbishop Justin decided their joint visit in order to ensure a deeper impact on the social and political context, to promote a spirit of unity in areas of conflict that becoming ever more vital today if we are to bring about a transformation of the world,” said the Anglican Archbishop.

The Churches’ commitment for South Sudan has great historical significance. A Council of Christian Churches operates on the ground. Many NGOs and religious are involved in humanitarian projects for the local population. The Community of Sant’Egidio recently hosted a three-day meeting in Rome attended by representatives of the South Sudan Opposition Movements Alliance, the coalition of opposition movements that did not ratify the Addis Ababa Peace Agreement of September 2018. The spiritual retreat held in the Vatican past April, to which South Sudan’s civil and ecclesiastical authorities were invited, marked a historic occasion. The visitation of the two leaders to the Country was finally formalized during the recent meeting of Pope Francis with Archbishop Welby. In the Holy See’s statement, however, it is specified that the journey will only take place after the creation of a transitional government of national unity in the next 100 days.

This is an important “clause” – Archbishop Ernest explained – as it somehow ” compels” the Sudanese political leaders to abide by the commitment made in the Vatican to work for peace and reconciliation in the Country.

“Wherever there is a will, there is also a path to be undertaken”, observed the director of the Anglican centre in Rome. “Pope Francis and Archbishop Justin are offering an opportunity for a government to be formed, thereby prompting genuine transformation. But they are asking the political leaders of the country to be servants of their people. They were not chosen to be served but to serve. The future is in their hands. They have the fate of the Sudanese people in their hands, like a fragile bird, and what are they going to do with it? Do they want to open their hands to allow the people to fly free, or do they want them to die in poverty, injustice and conflict? We will all be judged by our actions.”

In that celebrated retreat in the Vatican, the Pope courageously performed a historic gesture. Breaking the protocol, as had never happened for a Pope, he knelt down and kissed the feet of the Sudanese leaders. “Faced with such powerful images,” Archbishop Ernest recalls today, “I witnessed the degree of humbleness of Pope Francis. Humbleness is an instrument of peace in an increasingly arrogant world, where pride has hijacked people’s hearts, where wealth seems to guide the decisions of those in power. In this world, in this time, we need the spirit of poverty.

“Just like Jesus sent the first apostles two by two”, today Pope Francis and the Archbishop of Canterbury will go to South Sudan together to bring a message of unity and say to the world: “despite our differences, together we can be a rainbow of hope.” The world – added the Archbishop – “expects this message from the churches. Young people want a Church capable of reaching out to their hearts, a church that gives meaning and purpose to their lives. Families expect to be reconciled. Are we going to give them speeches, security? We must bring love, but others need to recognize in us a love expressed through concrete action.”
[Marco Calvarese – SIR]