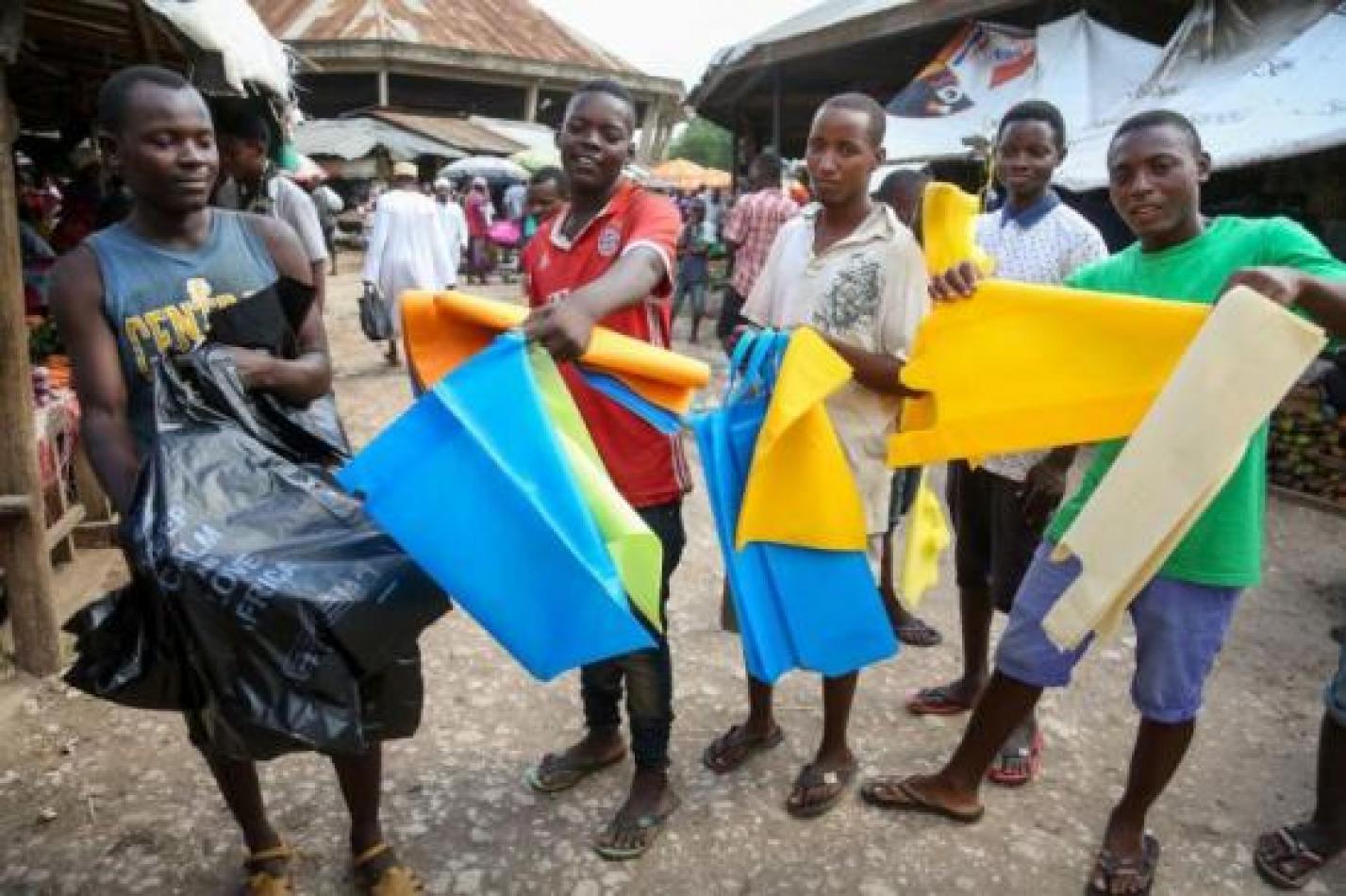 Saturday, December 7, 2019
While Europe is only tentatively taking action against the flood of plastic articles, countries in Africa have taken drastic measures against disposable plastic bags, the most widespread form of plastic waste. Plastic waste pollution has since been recognised as one of the global most dangerous pollutants. It pollutes the oceans, threatens the marine environment and eventually enters the food chain as microplastics.

Africa’s cities are drowning in plastic wastes. The bags are carried everywhere by the wind and end up on the trees and on the roads, rivers and lakes, in sewers and on beaches. Consequently, Africa’s uniquely beautiful landscapes, beaches and natural parks have been marred by the avalanche of plastic rubbish.

According to UN estimates, up to 5 trillion plastic bags are put into circulation worldwide every year. The European Union has published guidelines on how to deal with plastic waste. However, they are not binding, and so they are not really effective. In some countries, trading companies and shops have voluntarily introduced a small fee on plastic bags which has helped to reduce the number.

Since waste disposal and recycling in Africa is poorly developed, the problem more visible there. The governments are trying to limit the plastic flood with legal measures. Worldwide, 127 countries have introduced laws to regulate the use of plastic bags. Africa is leading the way!  Thirty-four of the fifty-five African countries have legally regulated or completely banned the production and consumption of plastic bags. This stringent policy is especially true of countries with the rapidly growing tourism industry. The continent has given the rest of the world an example of how to tackle the problem more effectively.

The success stories of some of the African countries give more impetus to other African countries and the world at large to take a cue.  Rwanda was the first African country to impose a ban on plastic bags in 2008. It even applies to tourists. Today, Kigali has the reputation of being the cleanest city in Africa. Kenya has strictly banned plastic bags and imposed draconian punishments. Anyone who manufactures, imports or uses plastic bags risks prison sentences up to four years or a fine of up to 30,000€. Tanzania has followed the example of its neighbours and has imposed drastic penalties on the production and sale, as well as import and export plastic bags.

Malawi banned the production of plastic bags in 2015. Local producers complained against the decision, but the Supreme Court confirmed it. The decisive factor was the concern that microplastics would be absorbed by fish in Lake Malawi and thus enter the food chain. Senegal’s sea beaches, which attract many tourists, are increasingly polluted by cheap plastic waste.

Stricter laws, more stringent penalties and frequent police checks are intended to curb the problem.  Egypt has recently banned not only bags but also the use of plastic straws, crockery and cutlery along the red Sea coast. Other countries that have enforced bans are Mauritania, Morocco and Niger.

Recycling is usually too complicated and too expensive for city administrations in Africa, but there are original initiatives here and there. In South Africa, the British company Macrebur has developed a method of melting down plastic bags and using them as a partial substitute for tar. In the township of Jeffreys Bay, the first “plastic road” has been built. In many countries, young entrepreneurs recycle plastic waste to produce new products.

In South Africa, it is hats, handbags and brooms; in Kenya, durable fence posts; in Tanzania, mattresses and carpets; in Ethiopia and Senegal, fashionable shoes made from old vehicle tyres. In Western Sahara, a young man built a house out of sand-filled plastic bottles. In Kenya, people even built a ship from recycled plastic and flip-flops that sailed to Zanzibar. The list is endless!

However, there is still so much to be done. The challenge of plastic wastes needs wholehearted commitment and binding regulations from all the regional unions of the globe. The listed African countries have started a good fight that must be taken up by their counterparts in other regions and the wave must continue.

The EU must advance its stance to binding regulations and be a trailblazer because of the production and consumption capacities of its member nations. The EU cannot contemplate an on-the-fence position in the plastic waste battle, and nothing in its policies must suggest that.
[Wolfgang Schonecke - Comboni Missionaries]