South Sudan: Pope Francis has named new Bishop for the Archdiocese of Juba 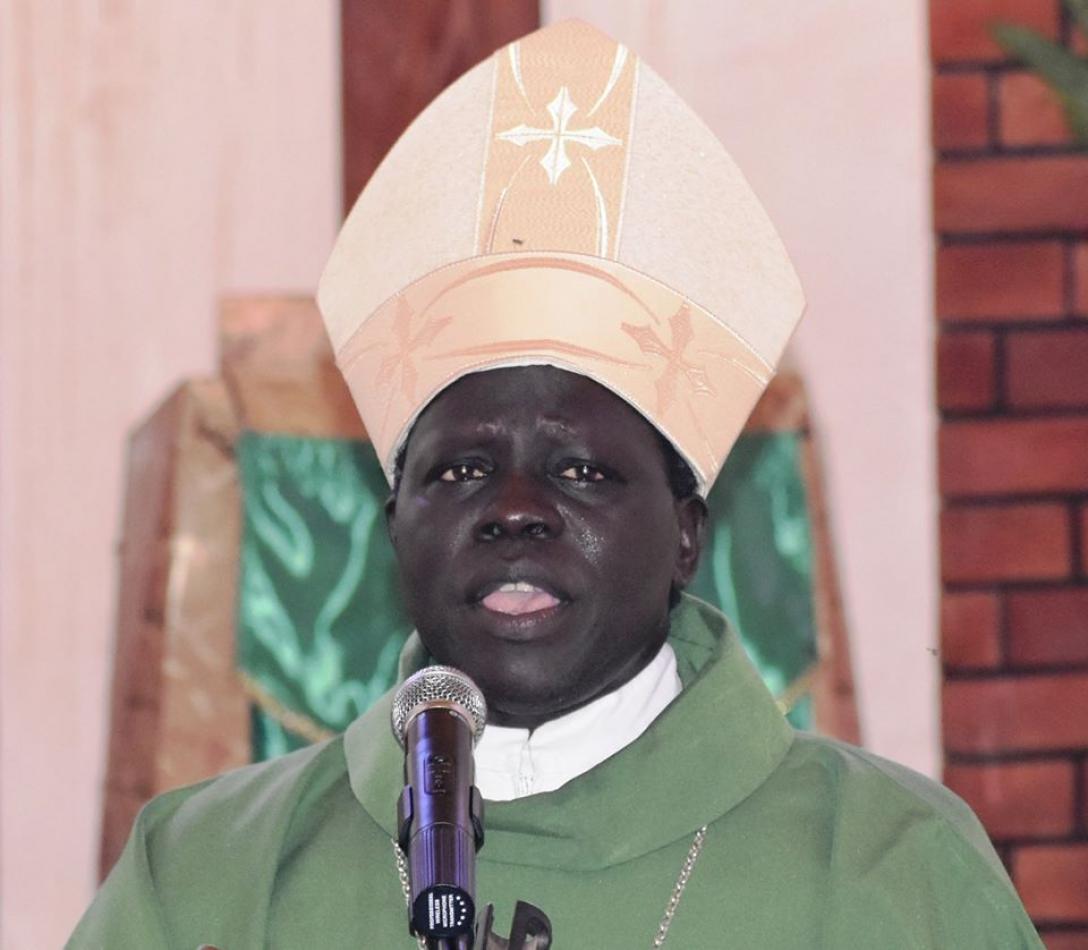 Thursday, December 12, 2019
Today, the Holy See announced the resignation and appointment of the Archdiocese of Juba, South Sudan. “The Holy Father, Pope Francis, has accepted the resignation of Archbishop Paulino Lukudu Loro, Comboni missionary, from the pastoral care of the Archdiocese of Juba, South Sudan; and at the same time, named Bishop Stephen Ameyu Martin Mulla (in the picture), until now Bishop of Torit, as Archbishop of the same Metropolitan See”, informed Vatican News. Monsignor Stephen Ameyu Martin Mulla was appointed Bishop of the diocese of Torit (South Sudan), on 3 January 2019. 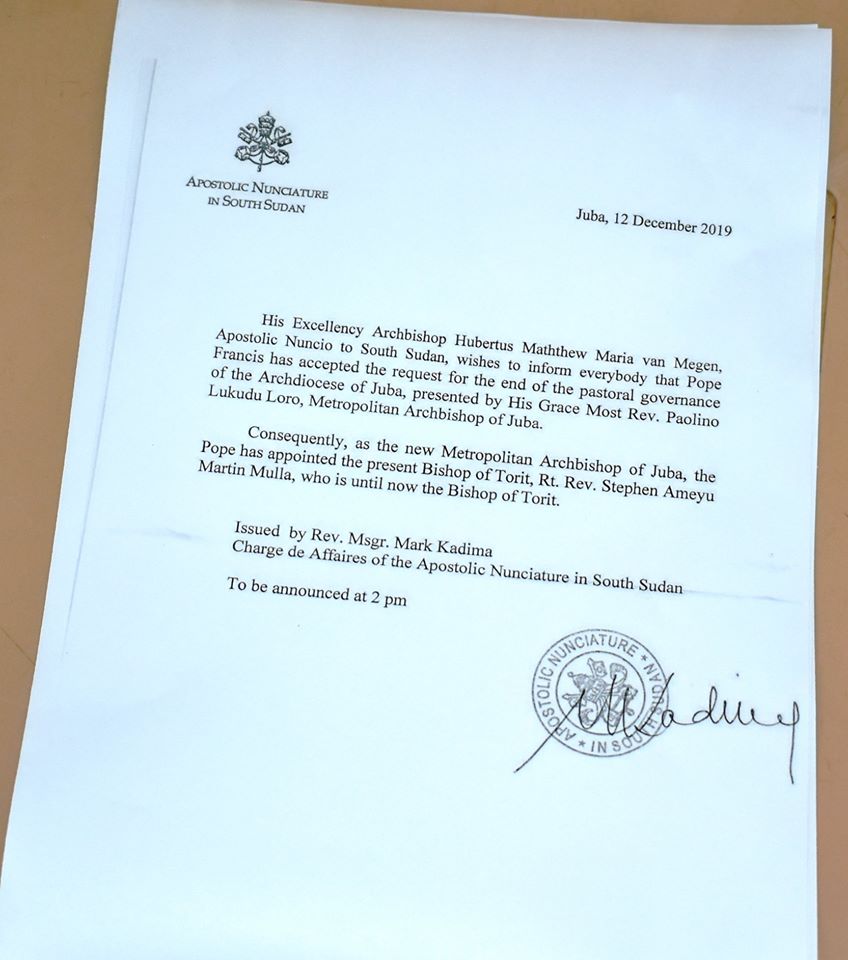