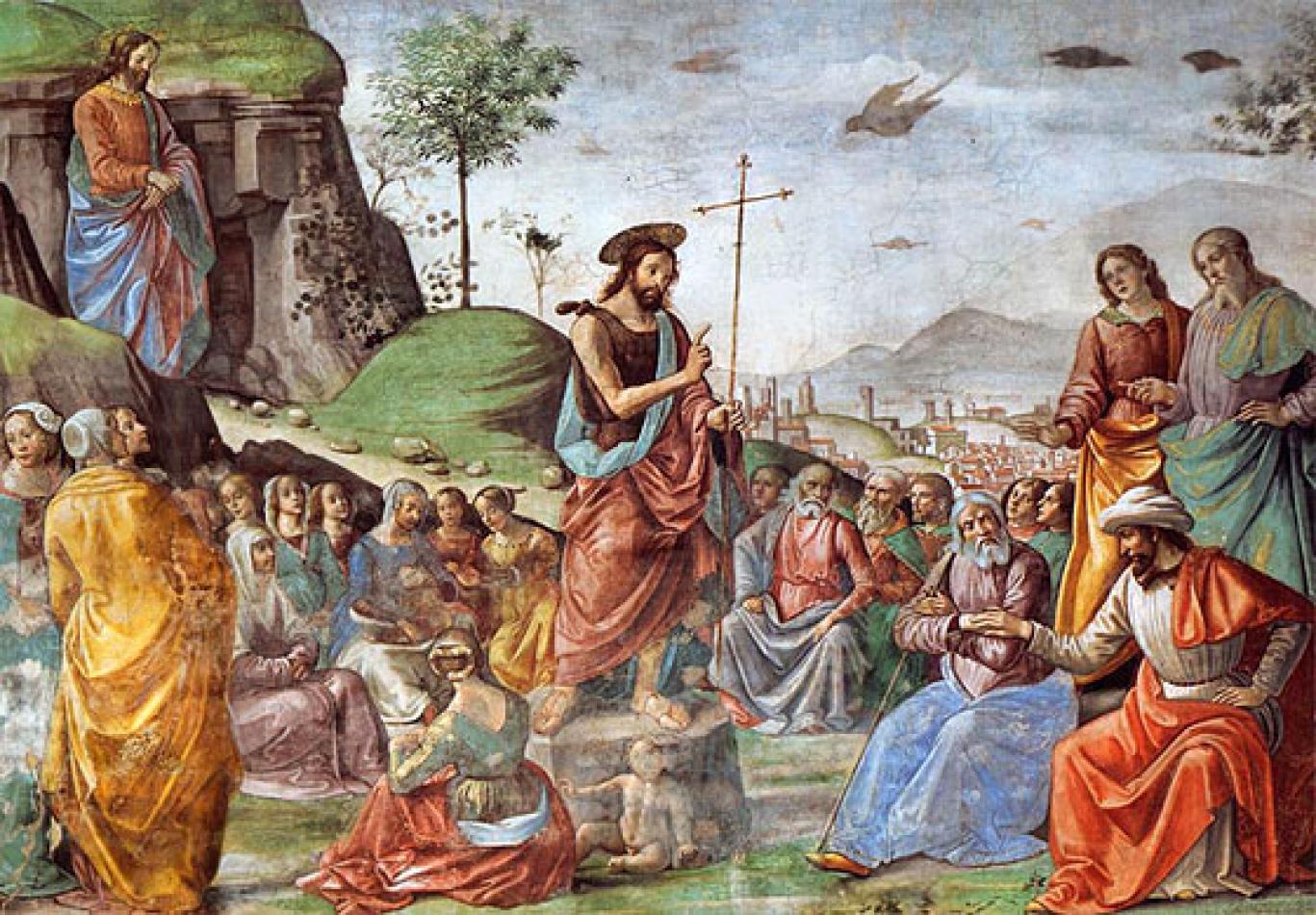 Some first century Christians were very interested in not being confused with followers of the Baptist. The difference, according to them, was worlds apart. The «Baptists» lived out an external ritual that didn’t transform persons: a baptism of water. The «Christians» on the other hand allowed themselves to be interiorly transformed by Jesus’ Spirit. 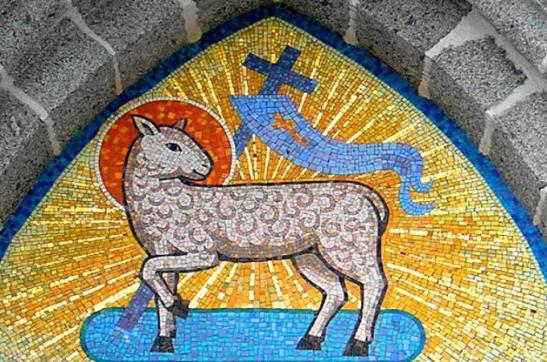 Some first century Christians were very interested in not being confused with followers of the Baptist. The difference, according to them, was worlds apart. The «Baptists» lived out an external ritual that didn’t transform persons: a baptism of water. The «Christians» on the other hand allowed themselves to be interiorly transformed by Jesus’ Spirit.

Forgetting this is deadly for the Church. Jesus’ movement doesn’t sustain itself with doctrines, norms or rituals lived out in externals. It’s Jesus himself who must «baptize» or drench his followers with his Spirit. And it’s this Spirit that should energize, drive and transform them. Without this «baptism of the Spirit», there is no Christianity.

We mustn’t forget it. The faith that exists in the Church isn’t in the documents of the magisterium or in the books of the theologians. The only real faith is that which Jesus’ Spirit awakens in the hearts and minds of his followers. Those simple and honest Christians, of Gospel intuition and compassionate heart, are the ones who truly «reproduce» Jesus and introduce his Spirit in the world. They are the best thing we have in the Church.

Unfortunately, there are many others who don’t know by experience that power of Jesus’ Spirit. They live out a «second-hand religion». They don’t know or love Jesus.

They simply believe what others say. Their faith consists in believing what the Church says, what the hierarchy teaches or what the scholars write, though they don’t experience anything in their heart about what Jesus lived. Naturally, with the passing of years, their attachment to Christianity ends up dissolving.

The main thing we Christians need today aren’t catechisms that correctly define the Christian doctrine or exhortations that rigorously and exactly say what are the moral norms. With these alone no one gets transformed. There’s something that comes first and is more decisive: tell the story of the person Jesus in the communities, help believers to put themselves in direct contact with the Gospel, teach how to know and love Jesus, learn together to live his way of life and his spirit. To recover the ‘baptism of the Spirit’ – isn’t this the first task in the Church? 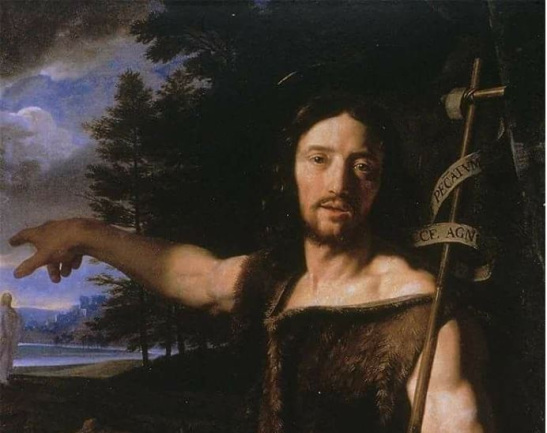 The three synoptic Gospels begin the account of Jesus’ public life, remembering his baptism. John ignores this episode; however, he devotes considerable space to the Baptist. He frames him, from the earliest verses, in an original way. He presents him as “a man sent by God as a witness to introduce the Light” (Jn 1:6-8). His life and his preaching provoke questions, expectations, and hopes in the people. A rumor even circulates that he is the Messiah. A delegation of priests and Levites goes beyond the Jordan to question him. They want a clarification on his identity and his work. He replied: “I am not the Christ. I baptize with water, but among you stands one whom you do not know; although he comes after me, I am not worthy to untie the strap of his sandal” (Jn 1:19-28).

It is in this context that our passage is inserted.

The protagonist, Jesus, enters the scene. He was evoked by the Baptist in the debate with the envoys of the Jews. Seeing Jesus coming towards him, John exclaims: “Behold the Lamb of God, behold him who takes away the sin of the world” (v. 29).

It is a statement, which—as we shall see—is full of meanings and biblical evocations.

The Baptist shows of having guessed Jesus’ identity, yet ignored by all. How does he come to discover it? Why does he define him with a so singular an image? There was never a person in the Old Testament called “lamb of God.” The expression marks the culmination of his long and arduous spiritual journey. It started, in fact, from a complete ignorance. “I did not know him” he exclaims twice (vv. 31, 33).

Whoever wants to arrive “to the sublimity of knowing Jesus Christ” (Phil 3:8) must begin to become aware of one’s own ignorance.

We said the image of the Lamb of God is strange. The Baptist had other images available: shepherd, king, and a stern judge. He also used the last one: “One stronger than I comes. He has a winnowing fan to clear his threshing floor and gather the grain into his barn. But the chaff he will burn with fire that never goes out” (Lk 3:16-17). But—in his mind—not one summed up his discovery of the identity of Jesus better than the Lamb of God.

Educated probably among the Essene monks of Qumran, he had assimilated the spirituality of his people. He knew the history and was familiar with the Scriptures. A pious Israelite, he knew that his listeners, hearing the emphasis on the lamb, would have immediately understood the allusion to the Paschal Lamb whose blood, placed on the doorposts of the houses in Egypt, had saved their fathers from the slaughter of the exterminating Angel. The Baptist saw the fate of Jesus. One day he would be sacrificed, like a lamb, and his blood would remove the evil forces’ capacity to do harm. His sacrifice would redeem humanity from sin and death. Noting that Jesus is sentenced to death at midday of the Paschal vigil (Jn 19:14), John the Evangelist has certainly wanted to draw this same symbolism. It was, in fact, the hour in which, in the temple, the priest began to sacrifice the lambs.

There is a second reference in the words of John the Baptist. Those who remember the prophecies in the book of Isaiah—and every Israelite knew them very well—cannot but be aware of the call to the ignominious end of the Servant of the Lord also mentioned in today’s first reading. Here’s how the prophet describes his move towards death: “He was led like a lamb to the slaughter, like a dumb sheep before its shearers… he was numbered with the transgressors, but instead, he bore the sin of many and made intercession for the transgressors” (Is 53:7,12).

In this text, the image of the lamb is linked to the destruction of sin. Jesus—the Baptist meant to say—will bear the load of all the weaknesses, miseries, iniquities of people, and with his meekness, with the gift of his life, will annihilate them. He will not eliminate evil by conceding a sort of amnesty, pardon, and healing. He will overcome it by introducing into the world a dynamism, a new irresistible force—his Spirit—which will bring good and life to people.

The Baptist has in mind a third biblical call: the lamb which is also associated with the sacrifice of Abraham. Isaac, while walking alongside his father to Mount Moriah, asks: “The fire and the wood are here, but where is the lamb for the sacrifice?” Abraham replies: “God himself will provide the lamb” (Gen 22:7-8).

“Behold the Lamb of God!” The Baptist now answers. It is Jesus, given by God to the world to be sacrificed instead of the sinful man deserving punishment.

The details of the story of Genesis (22:1-18) are also well known and the Baptist intends to apply them to Jesus. Like Isaac, he is the only son, the beloved, the one who brings the wood to the place of sacrifice. The particular additions of the rabbis also fit him. Isaac—they said—offered himself spontaneously instead of fleeing. He gave himself to the father to be bound on the altar. Jesus also freely gave his life for love.

At this point, one wonders if indeed the Baptist had in mind all these biblical references when, on two occasions, turning to Jesus, he declared: “Behold the Lamb of God” (Jn 1:29,36).

Perhaps not, but certainly John the Evangelist had them in mind. He wanted to offer a catechesis to the Christians of his communities and to us.

In the second part of the passage (vv. 32-34), the testimony of John the Baptist is presented. He recognizes as “Son of God” the one on whom he saw the Spirit descended and remained. The reference is to the baptism scene narrated by the synoptic Gospels (Mk 1:9-11). John introduces, however, a significant detail: the Spirit is not just seen descending upon Jesus but remaining in him.

The Old Testament speaks often of God’s spirit that takes possession of people giving them strength, determination, courage, so as to make them irresistible. It speaks of his descent upon the prophets that are enabled to speak in the name of God. The characteristic of this spirit is its being provisional. It remains in these privileged persons until they have fulfilled their mission. Then it leaves them, and they return to normal life. Their ability, intelligence, wisdom and superior force disappear. In Jesus, instead, the Spirit remains permanently stable. The stability in the Bible is attributed only to God. He is the only “living being that remains forever” (Dan 6:27), and only his word “abides forever” (1Pt 1:25).

Through Jesus, the Spirit has come into the world. No opposing force will drive or overcome him and from him, the Spirit will be poured out on each person. It is the baptism “in the Holy Spirit” announced by John the Baptist (v. 33). Intimately united to Christ, as branches on a lush vine and full of sap, the believers will bring abundant fruits (Jn 15:5). They will dwell in God and God in them (1Jn 4:16), will receive the stability in goodness, which is of God, because, while “the world is passing away with its lust, whoever does the will of God remains firm forever” (1 Jn 2:17).

It is this message of hope and joy that, through the Baptist, John, from the very first page of his Gospel, wants to announce to the disciples. Despite the apparent overwhelming power of evil in the world, what awaits humanity is the communion of life “with the Father and with his Son Jesus Christ.” These things—John says—I write “so that our joy may be complete” (1 Jn 1:3-4).