Home
Circumscriptions
Italia - (Notizie)
Italian Bishops’ meeting on the Mediterranean. Card. López Romero (Marocco): “May it be a frontier of peace and not of war, of life and not one of death”

Italian Bishops’ meeting on the Mediterranean. Card. López Romero (Marocco): “May it be a frontier of peace and not of war, of life and not one of death” 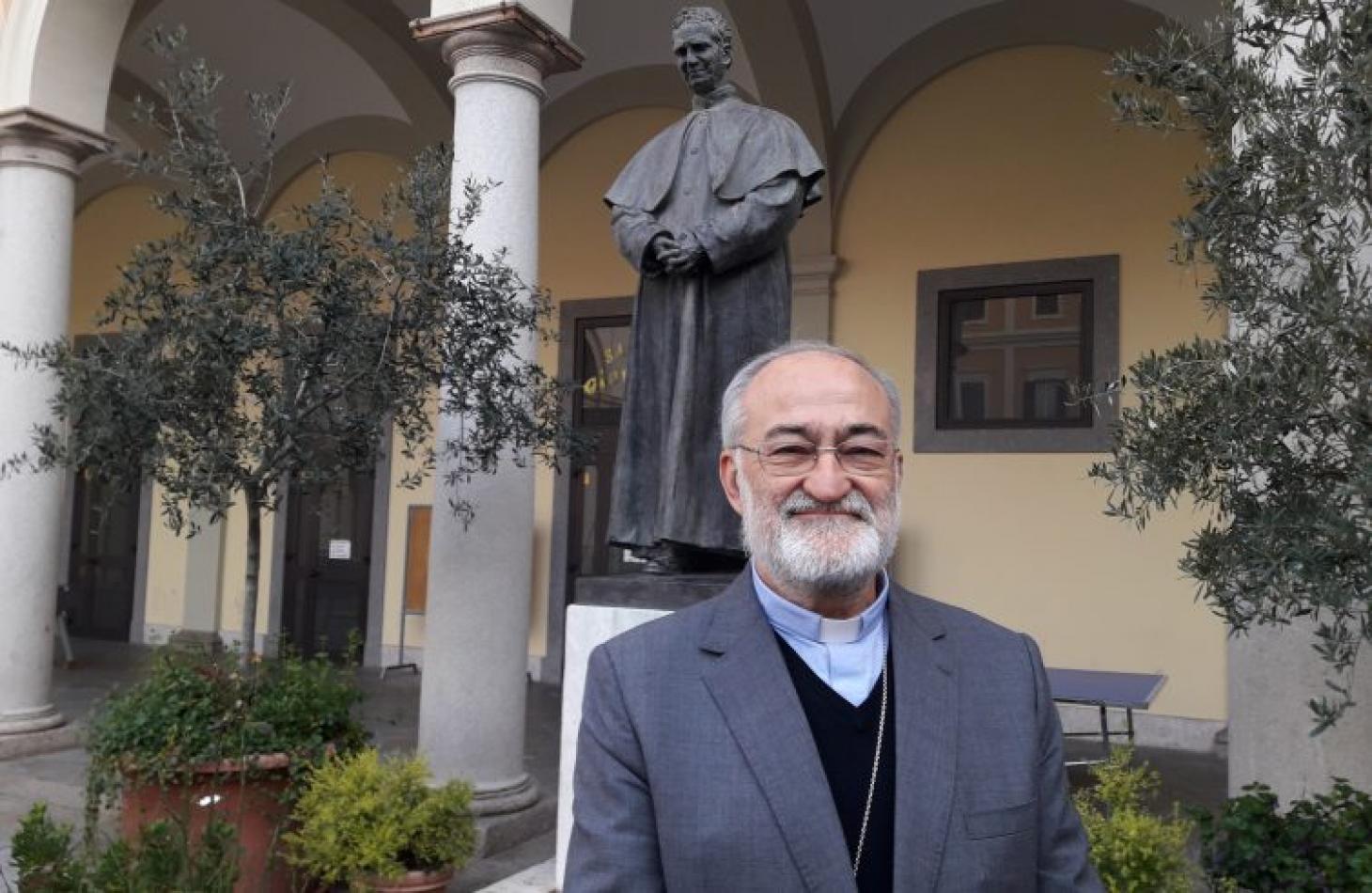 Tuesday, February 4, 2020
A land of migration, from Morocco, Cardinal Cristóbal López Romero made an appeal to Europe: "No Christian should have a negative attitude towards immigrants. This is not acceptable. When one day we will appear before God, He will say to us: 'Come to my right hand because I was a stranger and you welcomed me'. I cannot say whether the borders should be totally open or not. I'm not suggesting regulations or limitations. That's for politics to decide. But our hearts must be open". [M. Chiara Biagioni – SIR]

“The title ‘Mediterranean: frontier of peace’ can also be reversed, ‘Peace without borders’ , for if the Mediterranean Sea is to be a frontier, then it is preferable for it to be a frontier of peace and not of war, of life and not of death as it is at the moment.” Card. Cristóbal López Romero is the Archbishop of Rabat. He will attend the meeting promoted by the Italian Bishops’ Conference in Bari, together with the bishops of nineteen countries that overlook the vast Sea. He will bring the voice of a country situated along the route of a migration flow that knows no respite. In the last 30 years, at least 8,000 people have lost their lives in a desperate attempt to reach Europe through the Strait of Gibraltar. Attempts are also being made by land, by climbing over the barriers that separate Morocco from Ceuta and Melilla, the two Spanish enclaves in the north of the country. “I would very much like my fellow European bishops to insist that Christians must have an open heart”, the Cardinal said as we met him in Rome: “I don’t know how it can be done and which laws are needed, but I do know that our hearts must be open.”

What are you referring to?

No Christian should have a negative attitude towards immigrants. This is not acceptable when one day we will appear before God, He will say to us: ‘Come to my right hand because I was a stranger and you welcomed me’.

I cannot say whether the borders should be totally open or not. I’m not suggesting regulations or limitations. That’s for politics to decide. But our hearts must be open and Christians’ attitude towards migrants must not be one of contempt. Instead, they must embrace migrant people as brothers and sisters.

Is Europe worried? There is fear of an invasion.

Is Europe worried that 200-500,000 people are reaching its shores? These are negligible numbers! There are millions of refugees in Lebanon, millions  in Jordan. In Turkey. In Latin America. In Africa. The phenomenon of migration is universal. It’s everywhere and it will never end. It’s inherent in the history and life of humanity.

Do you see a solution?

We have to press for the economic system to change. Migration is not a problem. It’s a consequence of political, social and economic problems. If the economic system continues the way it is today, migration will continue because if wealth fails to reach the poor, the poor will go where there is wealth.

You come from a land of migration. You understand the situation of youths attempting to cross the sea to reach Europe. How do you feel about the populist and xenophobic slogans of certain politicians?

They have no right to shut the doors to people seeking hope of a new life. We can set conditions but the disposition must be one of welcome, protection, promotion and integration according to the 4 verbs that Pope Francis proposes. I would also tell them not to use the name of God. If they want to pursue this form of politics it is in their right but not holding a rosary in their hands: it’s an instrumental use of religion for political purposes. They have no right to exploit the name of God, just as terrorists don’t.

Does it also include efforts to rescue people at sea?

It does. Saving people’s lives is a primary obligation of every person. Legislation all over the world stipulates the duty to save a human life in danger. Monitoring coastlines to ensure that no one leaves, thereby putting their own life and the lives of others at risk, is another matter. But once at sea and in danger, human life must be protected.

Is it true that you are proposing a Synod of Bishops on migration?

It’s an idea. In fact the phenomenon of migrations does not only concern Europe. We see it everywhere. In Africa there are millions of people who travel from one country to another for political and even economic reasons. It’s happening in Latin America and in North America, in Asia. It’s a widespread and problematic phenomenon everywhere. The Pope is very sensitive to these situations and I believe that a reflection on migration could be made in the light of the Gospel. This would help not only the Church but the entire world to confront this phenomenon in a different way, thus obliging each and every person to seek new social and economic solutions that facilitate both the integration of people in their countries of origin and their movement to other countries according to the Italian Church’s apt principle ‘Free to leave, free to stay'”.

Pope Francis and the local Churches in the world are saying and doing a lot for migrants. Why a Synod? What more could it say?

I think a Synod could enhance what already exists and extend it to all. In the Church, even among priests and bishops, there are those who disagree with this approach and many Christians reject it altogether. I think that a Synod would shine more light with the Gospel on the phenomenon of migration to show that it is not just a political phenomenon. How do we conceive reception by means of the Gospel? What measures should we propose to strengthen the action of the Church in the global political context? The Synod of Bishops on the Amazon has resonated with the whole world. The same can be imagined for a Synod on migrations.
[M. Chiara Biagioni – SIR]