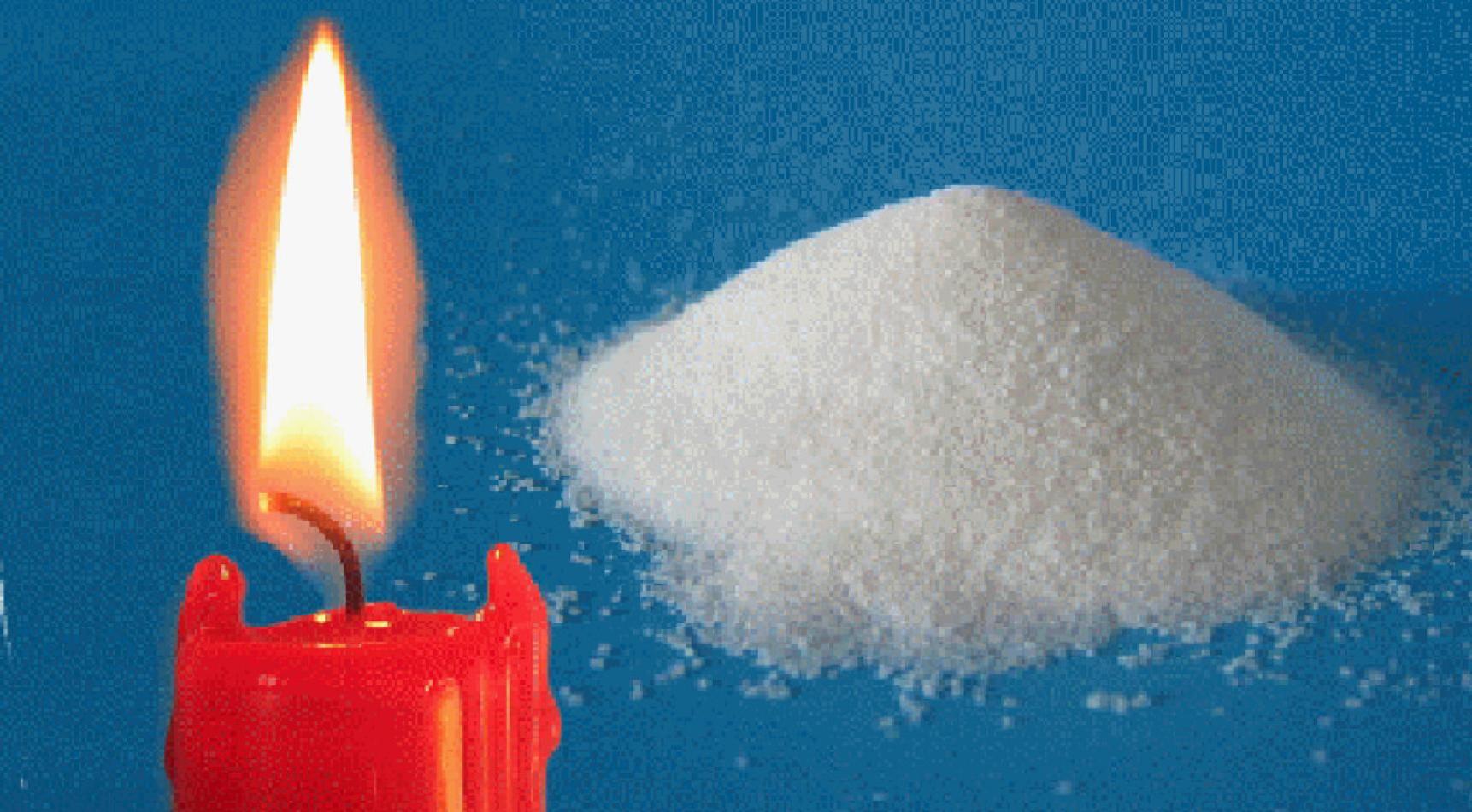 In today’s Gospel, Jesus uses a series of images to define the disciples and their mission. He shows them primarily as the salt of the earth (v. 13). The rabbis of Israel used to say: “The Torah — the holy Law given by God to his people — is like salt and the world cannot live without salt.” Taking up this image and applying it to the disciples, Jesus knows how to use an expression that may sound provocative.

How Could One Become Salt And Light? 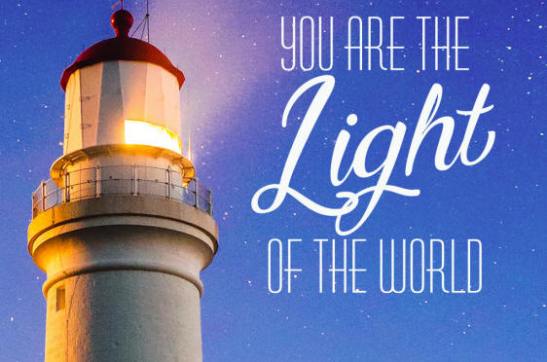 In today’s Gospel, Jesus uses a series of images to define the disciples and their mission. He shows them primarily as the salt of the earth (v. 13). The rabbis of Israel used to say: “The Torah — the holy Law given by God to his people — is like salt and the world cannot live without salt.” Taking up this image and applying it to the disciples, Jesus knows how to use an expression that may sound provocative. He does not deny the conviction of his people who believed the sacred Scriptures as “salt of the earth,” but says that also his disciples are, if they assimilate his word and let themselves be guided by the wisdom of his beatitudes.

Salt has many functions and Jesus probably intended to refer to all. The first and most immediate is that of giving flavor to foods. Since ancient times, salt has become the symbol of “wisdom.” Even today it is said that a person has “salt in his head” when he speaks wisely, or that a conversation has “no salt” when it is boring, devoid of content. Paul knows this symbolism. In fact, he recommends to the Colossians: “Let your conversation be always pleasant, seasoned with salt“ (Col 4:6).

Understood as such, the image indicates that the disciples must bring to the world a wisdom capable of giving flavor and meaning to life. Without the knowledge of the Gospel, what sense would life, joys and sorrows, smiles and tears, celebrations and mourning be? What dreams and hopes could nourish humans on this earth? It would be difficult to go beyond those suggested by Ecclesiastes: “It is better to eat, drink and enjoy the good things in the few days of life that God gives: this is the fate of man” (Ecl 5:17).

One who is imbued with the mind of Christ savors instead other joys, introduces experiences of new and ineffable happiness into the world, and offers to people the possibility of experiencing the same bliss of God.

Salt is not only used to give flavor to foods. It is also used to preserve food, to prevent them from becoming damaged.

This fact recalls the moral corruption of associating ideas with negative forces and evil spirits. Against them, the ancient Orientals fortify themselves by using salt. It is in this naïve belief that even today the ritual of spreading salt to immunize from the wicked and evil is connected.

The Christian is the salt of the earth: with one’s presence one is called upon to prevent corruption, not to allow society guided by wicked principles to rot and go into decay. It’s not difficult to see, for example, that, where no one reminds or presents the Gospel values, debauchery, hatred, violence, and oppression propagate. In a world where the inviolability of human life from its beginning to its natural end is doubted, the Christian believer is salt that reminds of its sacredness. Where sexuality, cohabitation, and adultery are trivialized, they are no longer called by their names. There the Christian reminds of the holiness the man-woman rapport and God’s plan for marital love. Where one seeks one’s own advantage, the disciple is salt that preserves, always recalling everyone the heroic proposal, the gift of self.

Salt was also used to confirm the inviolability of the pacts: the contractors were making the ritual of eating together bread and salt or salt only. This solemn agreement was called “covenant of salt.” The everlasting covenant stipulated by God with the dynasty of David (2Chr 13:5) is called by this name.

Christians are the salt of the earth also in this sense. We witness the indefectibility of God’s love: They show that no sin will ever damage the covenant of loyalty that binds God to people. They, with their lives, give proof that it is possible for people to respond to this love by letting themselves be guided by the Spirit.

The “parable” of the salt ends with a call to the disciples not to become “tasteless.” The image assumes a rather surprising connotation: the chemists ensure that salt is imperishable, and yet Jesus warns the disciples against the danger of losing their flavor. Although it may seem strange, Jesus considers them to be able to do something absurd, impossible, as ruining the salt. They can make the Gospel lose its flavor.

There’s only one way to make this mess: mix salt with another material that would affect its purity and genuineness. The Gospel has its own taste and one has to let it not be denaturalized, or else it is no longer Gospel.

The parable of the salt is told immediately after the “Beatitudes.” The Christian is salt if one accepts in full the proposals of the Master, without additions, changes, without the “however,” “if” and “but” with which one tries to soften them, to make them less demanding, and more workable.

For example, Jesus says that there is a need to share one’s assets, to turn the other cheek, to forgive seventy times seven. This is the characteristic taste of the salt of the Gospel. However, the temptation for us to add a bit of “common sense” looms always. One must not overdo but must also think of oneself. If one forgives others too much, they take advantage. One should not resort to violence unless it is necessary. It is in this way that the Gospel is “sweetened” and becomes viable, but it loses its flavor. It is the failure of the mission, stated metaphorically with the image of salt thrown on the street: it is trampled, as the dust to which no one pays attention or attaches any value.

The second function assigned to the disciples is that of being a city set on a hill (v. 14).

Even today, the look of one who walks the streets of Upper Galilee is attracted by the numerous villages, located on the tops of mountains and along the densely wooded hills. It is impossible not to notice them, and especially in spring, when the crimson anemones covering the countryside around them, seem delightful. The archaeological excavations almost always prove that the summits, on which they arise, were inhabited since the most remote times.

Jesus grew up in one of these villages. He pointed them to the disciples as an image of their mission. With their life based on new principles, they will draw the attention of the world.

It is not an invitation to make them noticed, to show off. Such an attitude would contradict the exhortation not to practice good deeds before people, to be seen, and not to sound a trumpet to call attention when they give alms (Mt 6:1-2).

The call of Jesus is in a famous passage from Isaiah where it is announced that the mountain of the house of the Lord “shall be set over the highest mountains and shall tower over the hills. All the nations shall stream to it. Many peoples will come because from Jerusalem the word of the Lord will come out” (Is 2:2-5).

From now on—Jesus ensures—that people will no longer look to Jerusalem but to the community of his disciples. They will attract the admiring glances of people if they have the courage to set their lives on his beatitudes.

The rabbis said, “As oil brings light to the world, so Israel is the light of the world” and also “Jerusalem is light for the nations of the earth.” They were referring to the fact that Israel believed itself the depositary of the wisdom of the law that God, by the mouth of Moses, had revealed to his people.

A certain rabbi had an insight that not only the words of Holy Scripture but also the works of mercy were light. He claimed that the first order was given by God at the beginning of creation: “Let there be light!” referred not to a material light but to the works of the righteous.

Calling his disciples “light of the world” Jesus declares that the mission entrusted by God to Israel was destined to continue through them. It would have appeared in all its glory in their works of concrete, verifiable love. These are works that Jesus recommends to “show.” He does not want his disciples to limit themselves in proclaiming his word without engaging, compromising themselves and without committing their lives on this word.

The proof that people have been caught by this light will be when they give glory to the Father who is in heaven.

Their reaction, however, could also be the opposite and unexpected. They might get annoyed by the good works of the Christians.

One should not immediately assume that this is due to their malevolent disposition. Generally, it is not the good works that disturb them but the perception with some shades of exhibitionism, ambition, vanity, and self-satisfaction. These smudges unconsciously, even with the noblest intentions, deprive the good works of the most exquisite, sublime and divine feature: the sweet smell of apathy and total freedom.

The disciples are called to do good without expecting any praise, admiration, “their right hand should not know what the left is doing” (Mt 6:3). Praises should not be addressed to them but to God.

The last image is delightful: we are introduced to the humble home of an upper Galilee peasant where a lamp of clay in oil is lighted. It is put on an iron stand and placed on top so that it can illuminate even the most hidden corners of the house. No one would think of hiding it under a bowl.

The invitation is not to conceal, to veil the most challenging parts of the Gospel message. The disciples do not have to worry to defend or justify the proposals of Jesus. They just announce it, without fear of being ridiculed or persecuted. It will be for people as a lamp “shining in a dark place until the break of day, when the morning star shines in your hearts” (2 P 1:19).

READ: Your light must shine before others, so that they may see the good you do and praise your Father in heaven.

REFLECT: Think about the images that Jesus uses: salt, light, a city set on a mountain. We are made and meant to shine! Believe in the light of God in us. By living just and upright lives, we manifest the brightness and beauty of God.

PRAY: Let us get in touch with the light of God in us. Savor the peace and tranquility of living in the light. Let it radiate in our lives and that of others.

ACT: Let us express the joy we experience of living in the light of God. Share a smile and see how we all shine.