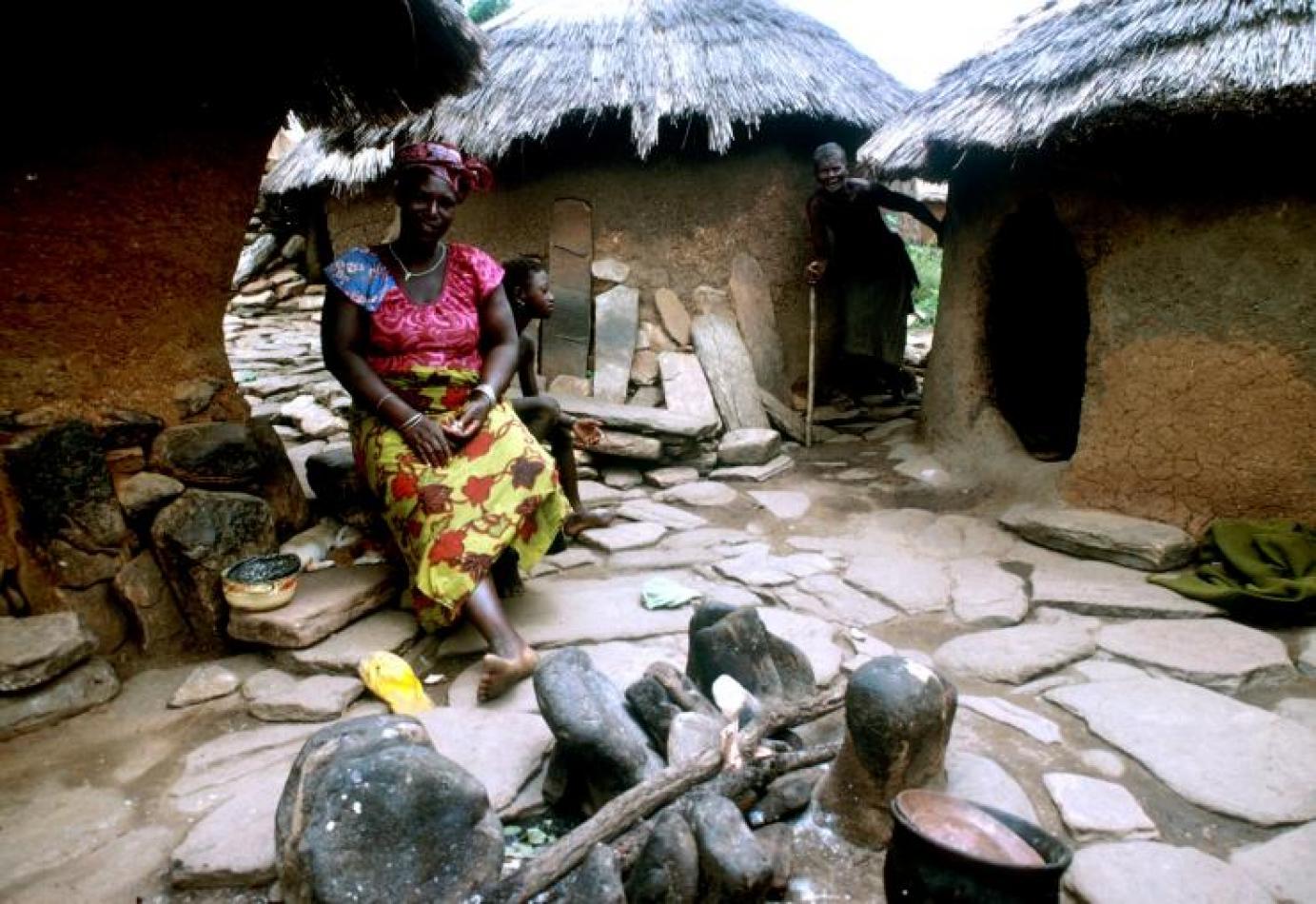 Saturday, April 25, 2020
The Taneka people, a group of ethnic minorities that lives in small villages built among remote areas in northern Benin.

On a rocky hill in a remote area of northern Benin, there are four villages which share an interesting feature. The inhabitants arrived here in the second half of the 18th century from different regions of Togo, Ghana, Burkina Faso and Niger. They were all running away from the gangs of slave hunter coming from the Kingdom of Dahomey and the Ashanti Empire.

There refugees found a natural fort in these hills, steep and rocky, full of natural caves and with a commanding view of the surrounding area. They built their villages mixing with the other ethnic groups without fear. All paths leading to the villages are blocked by stone walls, built to stop mounted hunters and offer defending archers a shelter from where to shoot their arrows undisturbed. In time they became known as the Taneka.

The Taneka have always been aware of their origin. They are proud of them and do not forget the traditional rituals of where they come from. At the same time, they developed a common culture. Among them, the value of respecting the elders is still highly considered. It is always the younger who moves towards the elder, and those whose people arrived later towards the people who ancestors arrived first on the hill.

They kept the traditional dress, a simple G-string; at times they wear a modern T-shirt. Even though rectangular buildings with metal roofs are now coming up, no one would dream of celebrating life events in them. Only round huts built according to the tradition are used in these cases.

Up on the hill, overlooking the villages, there is a cave called Varun. It is a sacred space. Sacrifices are offered there. A legend says that, during the salve raids, the people hid inside the cave. They were from different tribes and spoke different languages. When they left the cave, they all spoke one language. The metaphor is clear: the spirit of solidarity and the will to live together mould them into one people, beyond the differences that distinguished each group.

The Taneka are proud of their lineage. People of the same age are grouped together, and the friendships they form keeps them together through everything. Each Taneka chooses a godson from a lower age group for a relationship that will last until death. The two will meet regularly; they will look for mutual advice and support. The godson cannot be of the same clan of the godfather, creating more interweaving links.

The Taneka do not have a myth of origin. They are very aware that they are the product of a historical evil, one that could be defeated only through uniting. Yet they do have a plan pointing towards the future. Alongside the common rituals, the feasts and prayers, each group cling onto the dances and funeral rites of the ethnic group they belong to. Departing from this world becomes a passage that finds its roots in a far gone past.

When you make a basket, they say, you interweave reeds to make it strong. By interlocking their histories, their rituals and their relationships, the Taneka have formed a new people. They founded a society where every person is equal. A society founded on a common pact to walk together towards the future.
[Comboni Missionaries]