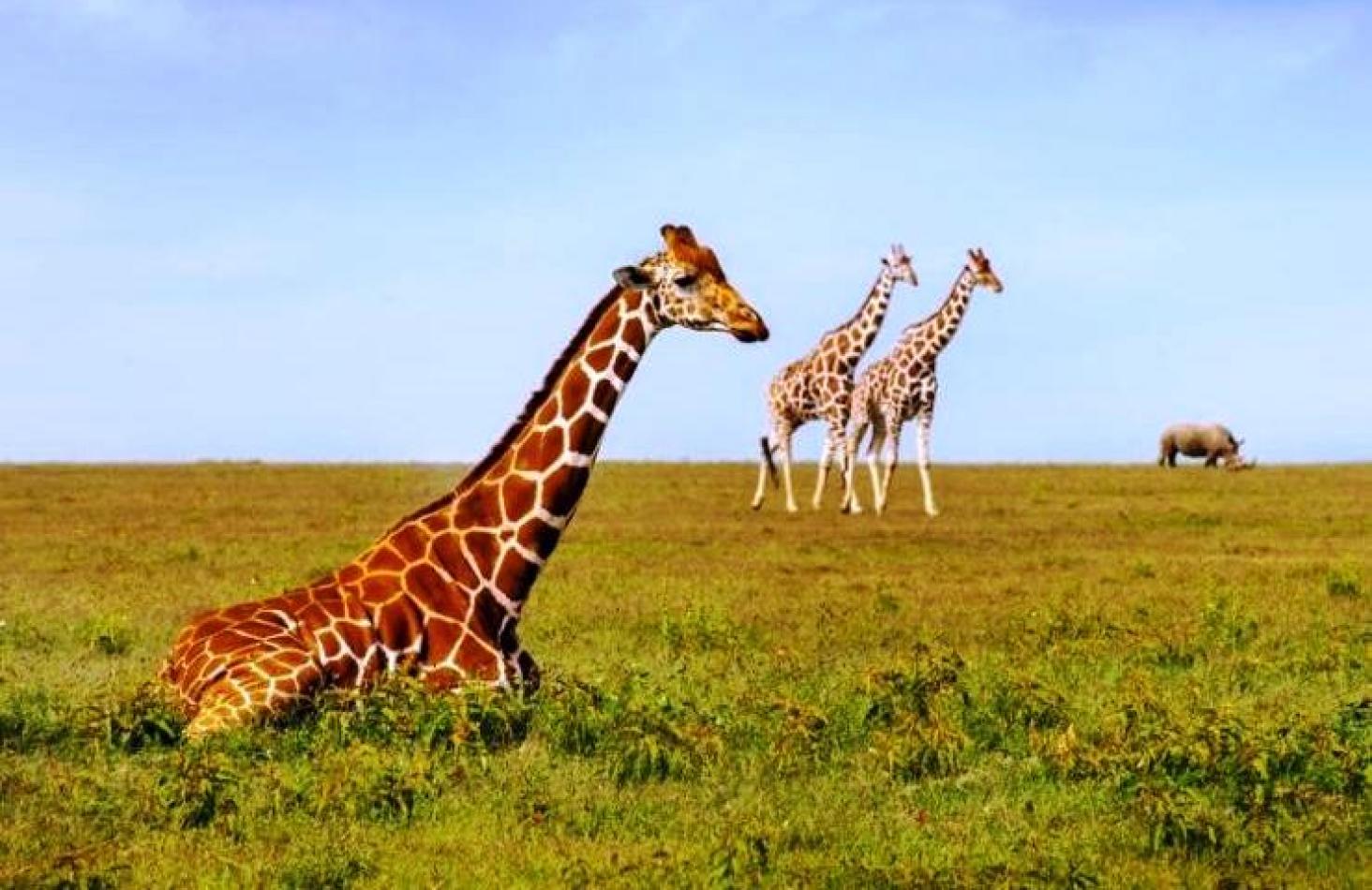 Saturday, May 16, 2020
The combination of increased poaching, uncontrolled growth leading to the destruction of the habitat, amplified by climate change, is resulting in a dramatic decline of wildlife on the continent.

Africa is losing wildlife at an alarming rate. Iconic species such as the elephant, the rhino and the cheetah are being decimated by poachers. According to a study from the Zoological Society of London, Panthera, and the Wildlife Conservation Society, cheetahs are at a great risk of extinction. Their number might decline by half by 2030, after a fall from 14,000 to 7,100 cheetahs left in the wild between 1975 and 2016. In the Sahara, the addax is also threatened with extinction, owing to intense over-hunting.

The overall trend is for the number of animals to decline. Yet, the situation varies from one region to another. Southern Africa still boasts from more than 200,000 elephants whilst leopard, buffalo, kudu, zebra, cheetahs and rhinos still occur in large numbers. However, this is the only region in Africa showing such population increases. This is partly due to the expansion of protection to new areas, such as southern Angola where elephant numbers increased rapidly in the early 2000s and because protected areas are relatively well funded.

This is a sharp contrast with West Africa, where the greatest declines have occurred while protected areas lack finances and staff.  Now, even in Southern Africa wild animals are threatened or endangered. The blue antelope and the quagga have become extinct in recent times while African wild dogs are endangered and bearded vultures have undergone serious population declines. The black wildebeest, crowned crane, and the Cape mountain zebra have come critically close to disappearing altogether.

According to the EU-sponsored report published in 2016 titled “Larger than elephants; inputs for an EU strategic approach to wildlife conservation in Africa”, between 1992 and 2012, the number of white rhinos increased from 6,800 to 20,000 in Southern Africa while the number of black rhinos rose from 2,500 to 4,300. But poaching is rising again at an alarming pace. By end of December 2013, the number of rhinos killed in South Africa had risen to 1,004 and both South Africa and Kenya are reaching the point where deaths will start to exceed births.

Owing to ivory poaching, Mozambique lost 7,000 elephants between 2009 and 2011. In Central Africa, a 62% decline of forest elephants was recorded between 2002 and 2012. Large-scale slaughters of elephants occurred in the Zakouma and Bouba Ndjida national parks, in Chad and Cameroon respectively. The Minkébé national park in Gabon lost between 16,000 and 20,000 elephants between 2004 and 2012. The problem is that Central African elephants are particularly sought after by poachers because their ivory is denser than that of savannah elephants and therefore preferred by Asian ivory carvers.

Theodore Trefon, strategy and policy lead for Central African Forests at the NewYork-based World Resources Institute, says that slow reproducing large mammals are being “extirpated” from their biotopes. In the Salonga National Park of the DRC, the populations of bonobos and chimpanzees are the most affected. In a book on the “the bushmeat crisis”, Trefron writes that the okapi population declined by at least 43 percent in North Eastern DRC in a ten years period. The loss of wild animals is even faster in West Africa where the pygmy hippopotamus of Liberia and the gorillas of Nigeria have become endangered species.

The most direct cause for the decrease of wildlife population is poaching. Rhino poaching is pulled by the Chinese demand for horns which is based on traditional use in oriental medicine and on ornamental use for making carved handles for ceremonial daggers. The demand is such that the average retail price of a rhino horn can reach $65,000 per kilogram which is more than the value of gold! Despite radars, in 2013, 606 rhinos were killed in South Africa’s Kruger National Park. Poachers are well equipped. They use helicopters, shoot the rhinos from the air and then land and cut the horns with a chainsaw. The whole operation only lasts a few minutes, tells Baudouin Michel of African Parks, which manages 16 national parks on the continent.

Criminal networks are operating worldwide. Seizures and arrests have occurred in Tanzania and in Kenya but also in Australia, Hong Kong, the Philippines and the USA. Ivory is very attractive to Sudanese groups, since there is still a domestic ivory market in Khartoum, while the coasts of Eritrea and Somalia offer innumerable means of exportation to middle-eastern entrepôts. Kenya is a principal exit point for ivory exports, as revealed by the United Nations Office on Drugs and Crime, while Nigeria has become also an important ivory trafficking web.

The high demand of rhino horn has provided incentives to the Lord Resistance Army rebels who use wilderness areas as sanctuaries. In West Africa, jihadists are increasingly involved in poaching activities. Just a few years ago, the jihadist frontline moved one thousand kilometers to the south and reached the Pendjari National Park where two French tourists were kidnapped in May 2019. Jihadists are now present in the W and Arly national parks in Burkina Faso and Niger.

The Lord’s Reseistance Army of Uganda, which has been for many years been hiding around the Garamba National park in the DRC and is held responsible for the extinction of the world’s last population of wild northern white rhino, is now active in the nearby Bili-Uélé Reserve. Sudanese Janjaweed militias have mounted elephant poaching raids into Chad, the CAR and Cameroon, where they massacred 450 elephants in the Bouba N’Djida National Park, in 2012. Ugandan army units killed elephants and rhinos in the Garamba national park and removed the trophies by helicopter, says the EU report.

The strong population growth is a main driver of the decimation of the African wildlife. The African population is projected to grow from 935 million to 2,1 billion people between 2013 and 2050. This growth is expected to generate a habitat loss for the wildlife. The growth of arable land in Sub-Saharan Africa is projected to increase by 26% during the 2000-2030 period, partly at the expanse of protected areas, since much of that land is suitable for agriculture or livestock.

Another indirect threat is the boom of extractive industries. In the DRC, oil blocks overlap with the World Heritage Virunga and the Salonga national parks. In Uganda, an oil field is developed in the middle of the Murchison Falls National Park while a similar threat hangs over the Sudd wetland in South Sudan.

In order to exploit the Belinga iron ore deposit in Gabon, an extension of a railway line and the construction of a hydroelectric dam are planned. This project might severely impact the Ivindo national park.

Global warming and the rising intensity of droughts and floods could have many consequences, including the expansion of over-grazed rangeland in Eastern Africa, driving desertification and pushing pastoralists more and more inside woodlands and forests. Over the last two decades, emerging diseases have also become a threat to wildlife. Ebola outbreaks around the Odzala National Parks in Congo-Brazzaville resulted in the loss of 80% of the gorilla population there between 2000 and 2004.
[François Misser - Comboni Missionaries]