The Church’s Mission in Post-pandemic Era 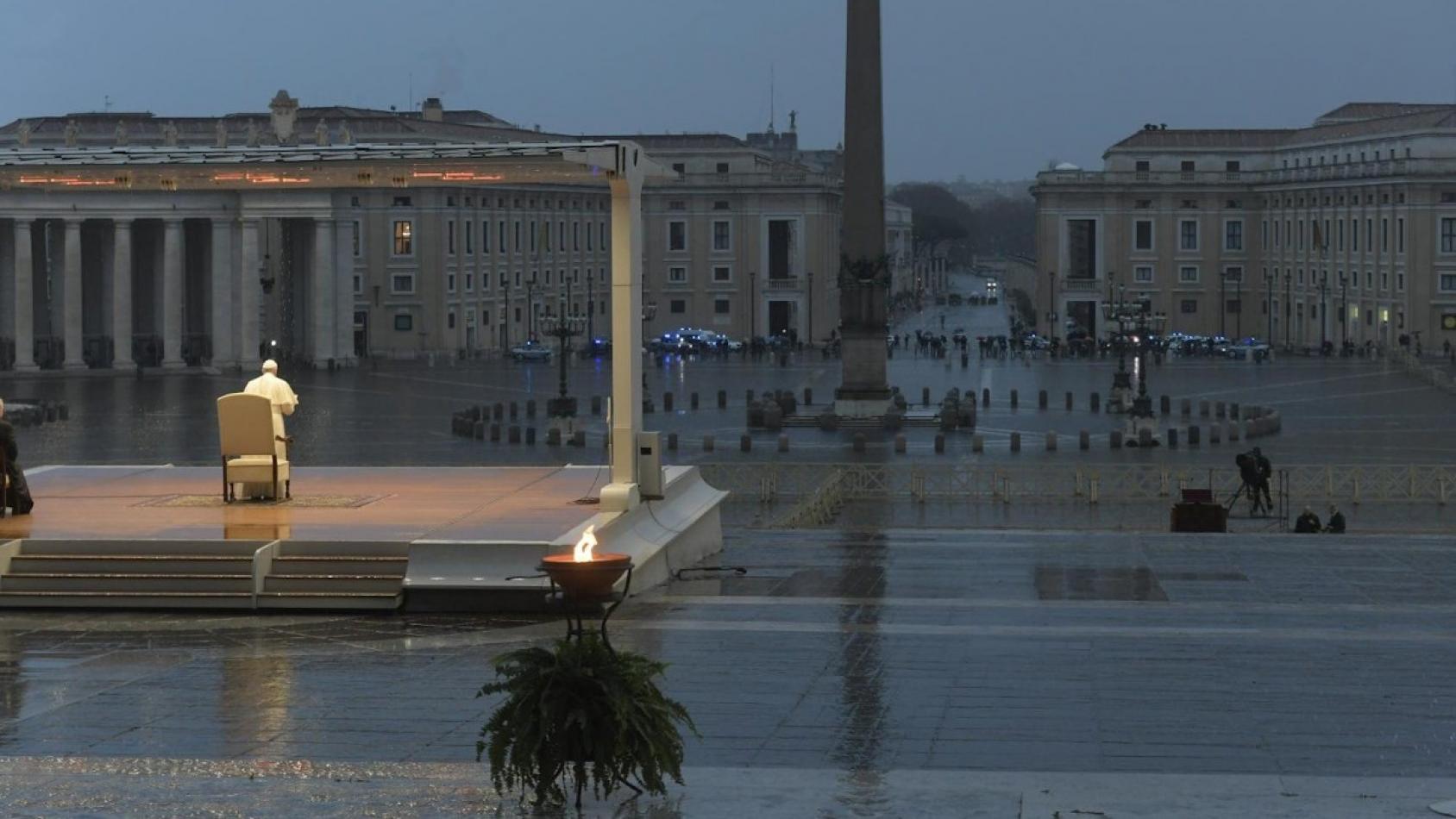 Monday, June 15, 2020
Covid 19 has come to shake the foundations of our life and our Mission. It has called into question the economic organisation of the world which is based more on finance than on people, preferring profits to values. It also showed that the economic system that governs the world creates a system where the rich get richer and the poor get poorer. (
See attachment)

The Church is challenged to go out in Mission, always towards the peripheries and margins, placing herself at the service of the poorest. In these times of pandemic, the Spiritans see their charism becoming more relevant than ever. And the commitments of justice, peace, integrity of creation and interreligious dialogue will be decisive for the credibility of the Spiritan Mission today.

The following text is a long reflection on the missionary and solidarity challenges facing the Church and the Congregation today.
Tony Neves CSSp,
Coordinator of Justice, Peace, Integrity of Creation and InterReligious Dialogue at the Generalate in Rome

CAN WE REBUILD THE CHURCH'S MISSION
IN A POST-PANDEMIC ERA?

The world seemed to work like a well-oiled machine when, from China, Covid-19 spread to the whole world. The year 2019 came to an end full of economic and financial success in Europe and North America. The virus astonished everyone with the speed of its transmission, the globalisation of its impact and the worldwide inability to face its consequences. The whole world (or almost) stopped. We were invited (or even forced) to stay indoors. And in two months hundreds of thousands of people died, many more were infected and this economy that seemed unshakable... suffocated. Almost everything stopped, hospitals burst at the seams, most companies went into chaos and historic deficits were announced. The whole world realized that, after all, this 'normality' was very abnormal because it did not provide any security or constitute a reasonable defence against little attacks coming from microscopic beings like a simple virus. It has demonstrated that our economic systems do not even allow us to stop for two or three months!

In the age of communication

Communication technologies have taken over the daily life of this world in panic. All our information – much of it false and demagogic – came through them. They also allowed people to communicate with each other, establishing the bonds that the virus has broken. The media informed and intoxicated, connected and broke, showed and hid. They allowed bridges to be built and ensured that believers of all faiths could 'celebrate' their faith in the context of 'spiritual fellowship'.

This time of Covid-19 introduced many foreign expressions into our daily lives: 'lockdown', 'confinement', 'stay at home', 'tutto andrà bene', 'laudato si', 'fake news', 'smart working', 'home office', 'zoom', 'skype', 'webinar', 'live streaming', 'whatsApp', 'lay off'. ... and all the 'tele', from 'telework' to 'tele-school' (Ana Azevedo, spoke of the 'telecoisos' which does not include 'tele Love' (i)]! And it led to scientists, philosophers, theologians, journalists, writers, teachers, artists and musicians ... trying to fill our days of 'house arrest' by giving explanations, commenting, singing, animating and opening up paths to the future. Humour has also shown that it is one of the most serious things in the world: it was used to caricature dramas, ridicule certain negative situations and point out, with comical prospects, paths to victory over this pandemic. Cartoons, videos, different forms of entertainment, phrases, photos, and short texts filled the social networks and became 'viral', another expression used to say that half the world saw and reacted.

This Covid-19 worked as a filter, a sieve. A sort of ‘decantation’ happened during the periods of lockdown. These days following the furious passage of the virus force us to evaluate what is worthwhile continuing, what needs to change course and what urgently needs to be re-invented. In this age of hyper globalization, there are enormous weaknesses and many forms of interdependence. We are all caught in the same storm - Pope Francis repeated time and again that we are all in the same boat - but some suffer more than others from the consequences of this pandemic. We have come to the conclusion that left all to ourselves we are not worth much and can do little. These critical times also help to put corrupt and dictatorial governments up against the wall, as their countries were not prepared to provide an adequate response.

How to be a Church today?

In the Expresso, Cardinal Tolentino wrote that 'the pandemic makes us aware of our limitations while at the same time forcing us to reflect on ways of inhabiting the world to which we can return' (ii). Above all, we must ask hard questions. We reached this crisis because 'we globalise the economy and communication, without paying attention to the strengths and weaknesses of the earth,' 'we get used to a utilitarian vision of reality,' 'we always want more, always more quickly, without accepting flaws. But, 'the pandemic restores our awareness of our limits' and places us at a 'crossroads of civilisation'. And the Cardinal, who is a poet, recalls: 'normality is not a familiar place to turn to, but a building where we are called to be fully committed'.

In the midst of all this, what does the Church have to say to the world? How do you explain these tragic events? What is the place of God and Spirituality in the context of a pandemic? The churches have closed their doors, but God and the faith of believers have been and will continue to be decisive at all times in history. Particularly in these times.

With the rapid globalisation of the pandemic, a world figure has emerged in the eyes of all: Pope Francis. His decisions and interventions have left their mark on the world in these times of profound pain and crisis. This is particularly true of his symbolic words and gestures, part of a long chain of papal interventions, especially "Evangelium Gaudium" (iii) in 2013 (EG) and "Laudato Si" (iv) in 2015 (LS), two documents that are more topical than ever, because of the proposals they make, but also because of the denunciations expressed loud and clear for all the world to hear.

The Catholic Church has always been at the forefront of the fight against the virus and its most dramatic effects (the speed of its spreading and the hunger and misery it has caused in the most fragile societies) and, of course, in the proclamation of the Gospel. The figure of the Pope has been central to this 'struggle', but dioceses, institutes of consecrated life, social institutions, movements, parishes... have played and are playing a decisive role in all that concerns responsible citizenship and the (re)construction of a just and fraternal world.

On May 19, 2020, those in charge of Seminaries and Family and Vocation Ministry in the Diocese of Coimbra presented to the Priests’ Council a reflection during the turmoil of the pandemic. They admitted that they were living this moment as a time of stripping and detachment, forcing them to think and ask questions, such as: ‘Are we going to make this a time of child-bearing or of burying, a time of hope or a time of fear, a time of opportunity or a time of lamentation, a time of dreaming of a new city or a time of hankering after the onions of Egypt?’ (v)

This reflection of mine is different from all the others I have done to date. It was written in total confinement in my religious community in Rome. Therefore, I have had no access to libraries and bookstores other than ours and the texts I have worked on previously. I will make some adjustments in the near future based on the biblical foundations of the Christian faith, emphasising the proposals made by the Church through Pope Francis and others who, in recent times, have become an inspiration and a source of reflection, promoting solidarity and brotherhood.

Allow me to be a bit provocative, by linking two texts produced in this time of lockdown. They open up horizons for a post-Covid world with an uncertain future. I begin with Cardinal Tolentino Mendonça. On 18th April, in Rome, he suggested ten questions for the post-Covid period (vi). I summarise his ideas, putting only direct quotations in inverted commas: 'Has the process generated by the virus (...) led us to understand that we are in the same boat and that the only viable future lies in implementing other models of collective existence?'. Will it happen that 'when we reopen the borders we will move on to a new stage of globalisation?’ Addressing the burning issues of integral ecology, Cardinal Tolentino asks: 'will we stop considering the earth as an object to be exploited without limits? (...) Will we understand, at last, that everything is interconnected, as Pope Francis insisted in Laudato Si (LS 16)? Thinking about family, social and professional life post-covid, he asked: 'Will we find rhythms other than those of the dictatorship of a frenetic life (learning to slow down) and discover other tastes that nourish the soul as well (re-learning to cultivate our humanity)?’ And further on, he touches a nerve of the pre-covid situation: after all, who is more important for life on the planet? Is it those who make millions in financial speculation, in stock markets and business, in high-performance sport? The Cardinal's question leads us in another direction: 'Will we know how to take care of the doctors, nurses and carers who have had direct experience of this trauma?’ Finally - and, for me, this is the decisive question – ‘Will a more holistic vision of life triumph, which understands the importance of values such as gift, gratuitousness and sharing, and enable us, for example, to achieve a more balanced synthesis between the individual and the community, between material life and spiritual life?’

This investigation was concluded on the day of Pentecost (31.05.2020), a solemnity that marked the return of believers to their temples for community celebrations.