The Mining Industry and COVID-19 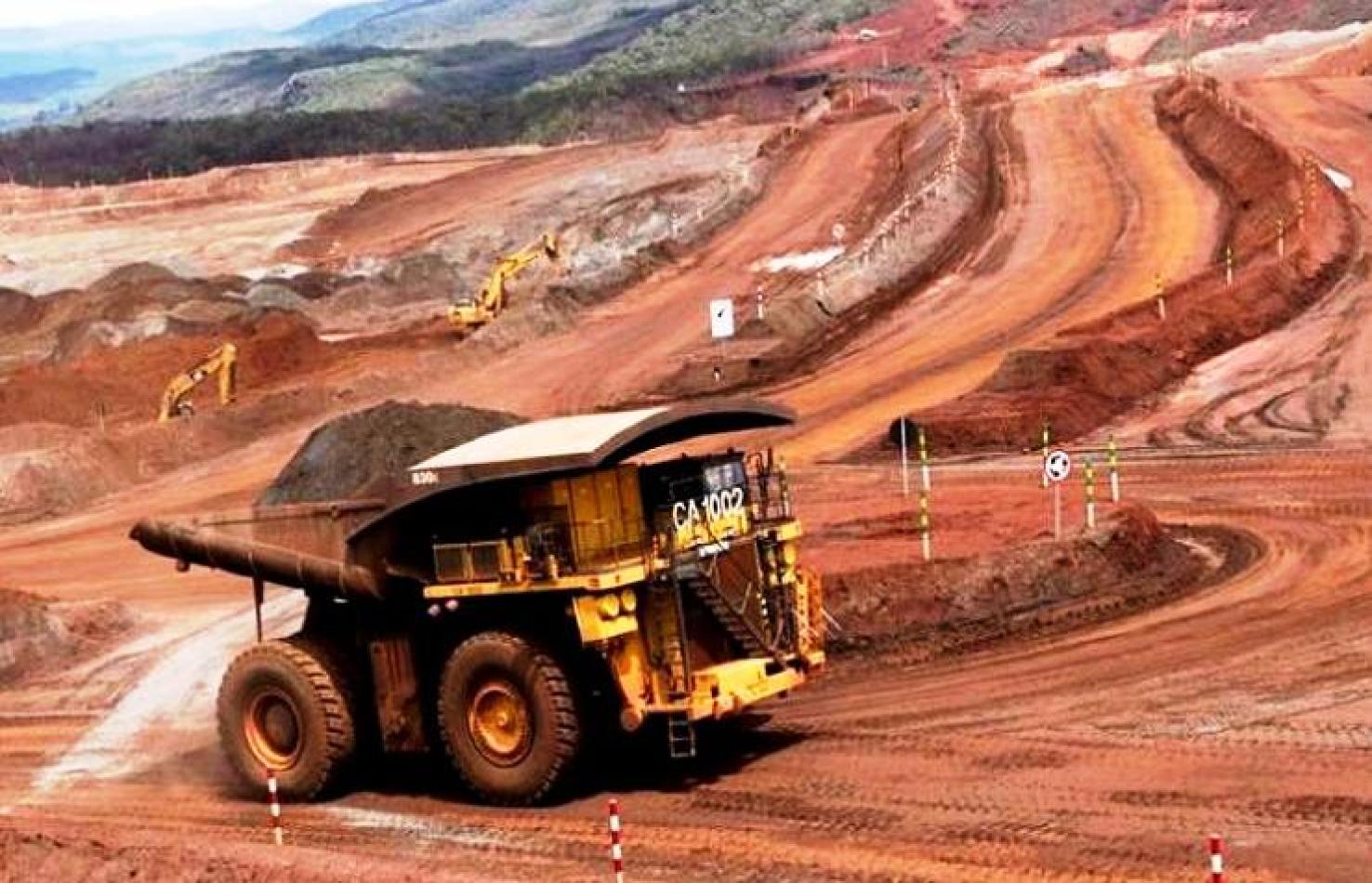 Tuesday, June 30, 2020
A new report by an international coalition of non-profit groups shows how the mining industry has taken advantage of the pandemic to boost profits. We look at some countries in Africa and Latin America.

Since March, the mining industry has been declared ‘essential’ in many countries worldwide, enabling it to operate amid government lockdowns with devastating results, according to a new report ‘Voices From the Ground: How the Global Mining Industry is Profiting from the COVID-19 Pandemic’.

The analysis draws from field reports and a review of nearly 500 media, company and civil society statements, 180 of which are directly related to community and/or workers’ concerns.

In Brazil, on March 29th 2020, just five days after the sector promised to donate millions of testing kits to the Federal Government, the Ministry of Energy and Mines passed resolution 135/20204 which determined the extraction, commercialization, transportation and supply of mineral goods were essential activities. On April 28, the government reinforced this ministerial resolution with a presidential decree (10.329/2020).

The Brazilian Episcopal Conference along with many civil society organizations have condemned these measures. As a result, mining companies have kept hundreds of thousands of people working in close proximity and exposed to the risks of COVID-19, while they continue to reap profits, obtain new mining concessions and environmental licenses to maintain or expand operations. Companies argue their health and safety protocols are adequate, despite workers complaints. Given that Brazil is one of the countries with lowest testing rates for COVID-19 in the world, overall reliable figures are difficult to obtain.

In Itabira, a mining hub in Minas Gerais state, broad-based testing only started in late May. According to the local trade union, during the first days of the campaign, 642 Vale’s workers were tested and 81 (12%) confirmed positive for COVID-19.  None of these cases were identified by the company’s health surveillance program.

Also, in Parauapebas, the main mining town in Pará state, the number of deaths from respiratory diseases (a proxy for the severity of the COVID-19 pandemic) in April 2020 was 200% higher than in April 2019. The overall average in Pará increased 76%. In this context, the mining sector has become one of the most important vectors of the spread of the virus in the country.

In Ecuador, mining companies have been exempted from the lockdowns imposed on the rest of the population. Chilean copper company, CODELCO, and the Ecuadorian state mining firm, ENAMI, took advantage of the government-imposed lockdown to advance unwanted exploration activities. The companies invaded the Mancomunidad of the Choco Andino in the northwest of the country with machinery and tools to begin mining.

Indigenous communities in the provinces of Loja, Pichincha, Napo and Morona Santiago also condemned exploration companies for advancing unwanted activities during the pandemic. In north-western Ecuador, the controversial Llurimagua project has been at the centre of anti-mining struggles in the Intag cloud forest region for decades.

On March 31, the government gave it a green-light and signed a joint venture agreement between the state mining company, ENAMI, and the Chilean copper-mining company, CODELCO. The agreement was later put on hold after it was reported to have involved influence peddling. Following the decision, the municipal government of Cotacachi implored the government do not use the health crisis to benefit mining, but rather to promote the small-scale ecological activities that the region is known for.

In the southern Ecuadorian Amazon, the Assembly of the Shuar Arutam People (PSHA) alerted the public of a possible COVID-19 outbreak in the isolated Shuar Arutam communities. This was in connection with community members who attended the Prospectors and Developers Association of Canada (PDAC) convention upon invitation from Canadian mining company Solaris Resources.

Only a week before the global pandemic was declared and despite warnings, PDAC or the “Coronavirus convention” as journalists reported, went ahead in downtown Toronto. Several attendees subsequently tested positive. Upon returning home to Shuar Arutam territory in southern Ecuador, two close relatives of PDAC attendees died from COVID-like symptoms and at least 8 others showed symptoms.

Over 100 organizations condemned the company’s actions as putting the communities at grave risk. The PHSA also denounced Solaris Resources for organizing the delegation to Toronto, which took place without duly elected leaders of their representative organization and without respect for their expressed opposition to mining in their territory.

In Mexico, despite mining not being deemed an essential activity until May 18, major Mexican mining companies, Grupo Frisco, Fresnillo and Industrias Peñoles, never suspended operations. For example, in Zacatecas, Ocampo Mining Tayahua, a subsidiary of Grupo Frisco and property of Carlos Slim, rural and labour organizations denounced the company for continuing work on the underground mine, preferring to pay a fine than to stop work.

At least two workers at the mine have tested positive for COVID-19. Workers have also been protesting over low wages. In addition, in April, Roberto de la Rosa Dávila, a community leader from the nearby community of Salaverna, received threats from Grupo Frisco employees when he insisted that they stop exploration work on the land he works, part of the company’s efforts to expand operations at Tayahua into an open-pit mine, which Dávila and others are not willing to accept.

The company filed a complaint against Dávila and the public prosecutor then made an intimidating visit to his home, requesting that he present himself at their office. This led to fears that he is at risk of arbitrary detention, which would put his physical safety at risk and start a process of criminalization based on false charges. National and international organizations have since been raising concern about Dávila’s safety and freedom.

In Panama, on March 20, government authorities exempted the Cobre Panama mine, operated by Canadian company First Quantum Minerals, from lockdown measures imposed on the population. On March 24, the company announced that several members of its contract workforce had contracted the virus. Despite this, it continued operating.

On April 4, the first worker died from the virus, but the company still continued operations. A day later, the Panamanian Minister of Health ordered First Quantum to temporarily suspend its activities. By this time, however, the virus had ripped through the workforce. On April 19, the company evacuated 800 workers from the mine site, and by April 30, 106 workers had tested positive with 850 in quarantine. To date, five workers have reportedly died from the virus.

In Peru, the large Antamina copper mine (Glencore/BHP/Teck) was allowed to continue operating by the Peruvian government, albeit in modified form. On March 31, the company reported its first infected workers and, on April 3, workers complained that the company was not taking the outbreak seriously and that there were many more showing symptoms. Despite these warnings, the company did not move to shut down the mine until April 13. As of April 30, one worker was reported dead and another 210 infected.

At Hudbay’s Constancia mine the company originally denied worker allegations that there were infected members among their ranks. At least 21 workers have since tested positive. Local health authorities and affected communities concerned about the outbreak spreading demand that the company be investigated for putting the lives of their workers and communities at risk by violating sanitary measures in place. As of May 24th, over 800 workers were infected and at least 1 dead at 24 mining operations across Peru. The potential relationship between these outbreaks and cases in nearby communities is not yet clear.

Peruvian civil society organizations have been criticizing the government’s decision to allow mining to go ahead, citing the risks that poses to the health of rural communities and indigenous peoples already struggling with pre-existing medical conditions.

In Africa, in the Lualaba and Haut-Katanga provinces of the Democratic Republic of the Congo, workers in industrial copper-cobalt mines – many owned and operated by multinationals – have been forced to choose between being confined in the mine site or taking “technical leave” with little to no remuneration. If workers choose to stay, they are made to work excessive hours and sleep in poor conditions with inadequate food, in some cases for months on end.

In Mali, B2Gold Corp first reported one worker infected with the virus at its Fekola exploration camp on April 16. Nonetheless, the company continued its operations as usual. Now, it is reported that ten workers are infected with COVID-19, nine of whom were asymptomatic. The Fekola mine continues to operate at full capacity.

On March 26, the South African government ordered the mining industry to shut down for a period of 21 days. Then on April 14, the government amended the lockdown measures to exempt mining and enable companies a progressive roll-out to resume operations, a move criticized by the Association of Mineworkers and Construction Union (AMCU) who said that the health and safety measures required for safe return were inadequate, and recently have demanded universal testing for workers following large outbreaks, mid-May.

Particularly troublesome is the situation at Anglo Gold Ashanti’s 4km deep underground gold mine, Mponeng, where 164 workers tested positive. The company reported that the mine was operating at 50% and continued to do so, even when the first workers tested positive the week before the outbreak. Since the government shutdown was repealed, at least 195 workers have tested positive and one has died from COVID-19.