The Arms Trade is Killing Thousands of Women and Children 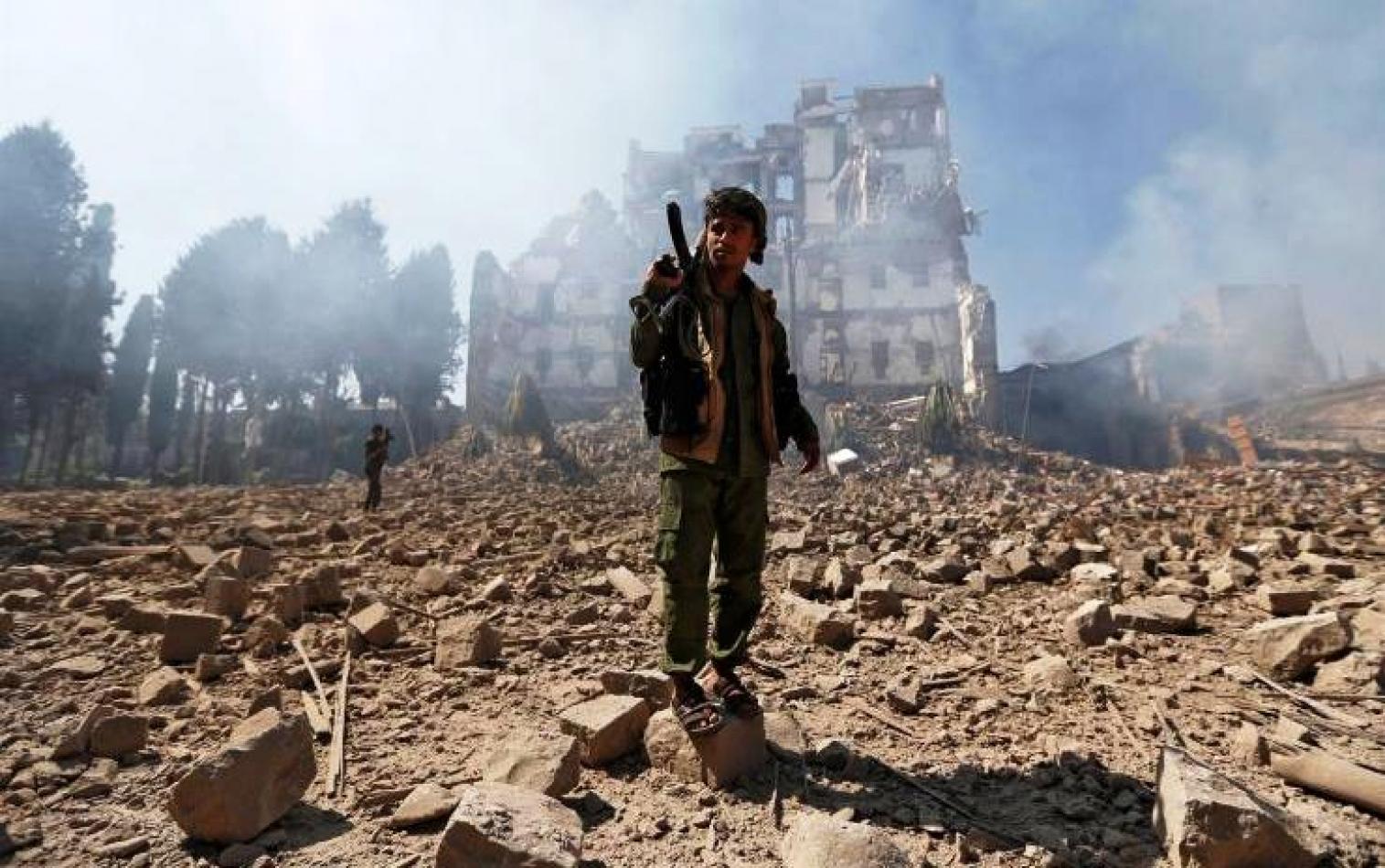 Friday, August 14, 2020
The United States, Russia, and China, despite being in the middle of a pandemic that is killing hundreds of thousands and infecting over a million, continue to build up their armed forces and supply weapons to nations of the Saudi-led coalition making war on the Houthi in Yemen.

The drums of war are beating ever louder as arms traders supply weapons for the war in the Middle East while the superpowers line up in confrontational posturing in a show of might and military power. “Might is right” is the military thinking behind the three biggest military powers that are vying for prestige and power in the world. The United States, Russia and China, despite being in the middle of a pandemic that is killing hundreds of thousands and infecting over a million, continue to build up their armed forces and supply weapons to nations of the Saudi-led coalition making war on the Houthi in Yemen.

The most devastating war is that in Yemen where thousands of civilians including many children have been killed and wounded, driven to near starvation by the air attacks of a Saudi-led coalition of Arab nations against Houthi rebels and backed by Iran that took power in Yemen in 2015. The indiscriminate air strikes against hospitals, clinics, schools, markets, mosques, houses and festival occasions are gross violations of international humanitarian and human rights laws.

Abdullah al-Ibbi was in his home in Sana’a, the capital of Yemen, with his extended family when suddenly it was hit by a missile fired from a coalition fighter jet. The building collapsed in dust and rubble, killing 27 members of his family. He was gravely injured and barely survived. The youngest child killed was two years old.

The UN has said that as many as 10,000 people have been killed in the war and two-thirds of them have been civilians. The injured total so far is 55,000 and it is increasing daily. In bringing evidence of war crimes and a halt to the arms trade by the British government, Amnesty International has visited Yemen and carefully documented as many as 42 indiscriminate air strikes and they meticulously documented and confirmed the killing of 518 civilians and 433 wounded. The evidence was presented in October 2019. In a successful court case, the judge ruled that the UK arms trade to the coalition for the war in Yemen was illegal.

The arms manufacturers, however, find ways to supply weapons, likely using other countries as intermediaries. Deadly cluster bombs banned under international law but still manufactured in the United States, the UK, and Brazil have been found in Yemen. When dropped, they scatter dozens of smaller bomblets that explode when touched. The exploded remains of missiles supplied by western countries have been found and documented as evidence of war crimes against the suppliers.

If not killed by bombs and bullets supplied by the arms manufacturing nations, then cholera, Covid-19, typhoid and starvation have killed thousands more. There is an estimated 22 million people in need of humanitarian aid. It is a horrific war bringing death and destruction.

A school bus filled with children received a direct hit by a missile-firing coalition jet fighter when it was stopped in the market area of Dahyan. At least 29 children were killed outright and 30 were wounded with serious injuries, a terrible war crime among many for which no one has been held accountable. Jan Egeland, the Secretary General of the Norwegian Refugee Council said that it was a “grotesque, shameful” attack and it showed, he said, a “blatant disregard for the rules of war.”

Saudi Arabia, Kuwait and United Arab Emirates have the most fighter jets and troops in the conflict, while Egypt, Jordan, Sudan, and Morocco have given their support. It is a war against their traditional enemy, Iran, that is gathering support for the rebels. The Houthi rebels are responsible for many civilian deaths also.

Behind the coalition are the suppliers of arms, jet planes, missiles, weapons of all kinds. The Saudi Arabian spending spree is a boon for the arms suppliers who welcome war and weapons sales. A google search will show that the main US companies in the arms trade selling to Saudi Arabia are: Lockheed Martin, Boeing, Raytheon, General Dynamics, Northrop Grumman, General Electric, Exxon Mobil, Halliburton, Honeywell, McDermott International and Jacobs Engineering Group.

The US and the UK are the biggest suppliers of jets and missiles and munitions to Saudi Arabia. The Saudis also buy weapons from France, Italy and Spain. Denmark, Finland, Germany, the Netherlands, Norway, and Sweden have announced that they will stop selling weapons to members of the coalition but if they have done so or not is not clear. The war rages on.

Russia is meanwhile arming and supporting the tyrant Bashar Al-Assad in Syria who is going after the last remaining opposition rebels in Ilibid. Turkey’s president, Recep Tayyip Erdogan, has given support to the rebels that are holding the province. Assad’s army, armed and backed by Russian planes, advance and allegedly intentionally bomb hospitals, mosques and markets. Thousands more civilians are fleeing to the Turkish border where over 1.5 million have taken shelter for the past several years of the nine-year civil war. It is now a stand-off between Syria and Turkey.

In Asia, the United States Navy and the Chinese are escalating from a war of words and consulate closures to near confrontations in the South China Sea and the West Philippine Sea. Two US aircraft carriers and support destroyers are patrolling the international waters claimed exclusively by China where it has occupied islands belonging to the nations in the region.

The US Navy is planning to return to Subic Bay, Philippines which it lost in 1991, on a purely commercial deal where US and Australian shipyard companies will buy the former Hanjin ship repair facility and provide repair services to the US Navy. This will deny the port and yards to Chinese investors who were negotiating with the Philippine government to take them over. Washington and the Philippine navy oppose the Chinese bid. The rivalry will continue for years to come.