Home
Circoscrizioni
Congo - (Nouvelles)
Father Missay Soku Jérôme: “In My Heart There Is Only Gratitude”

Father Missay Soku Jérôme: “In My Heart There Is Only Gratitude” 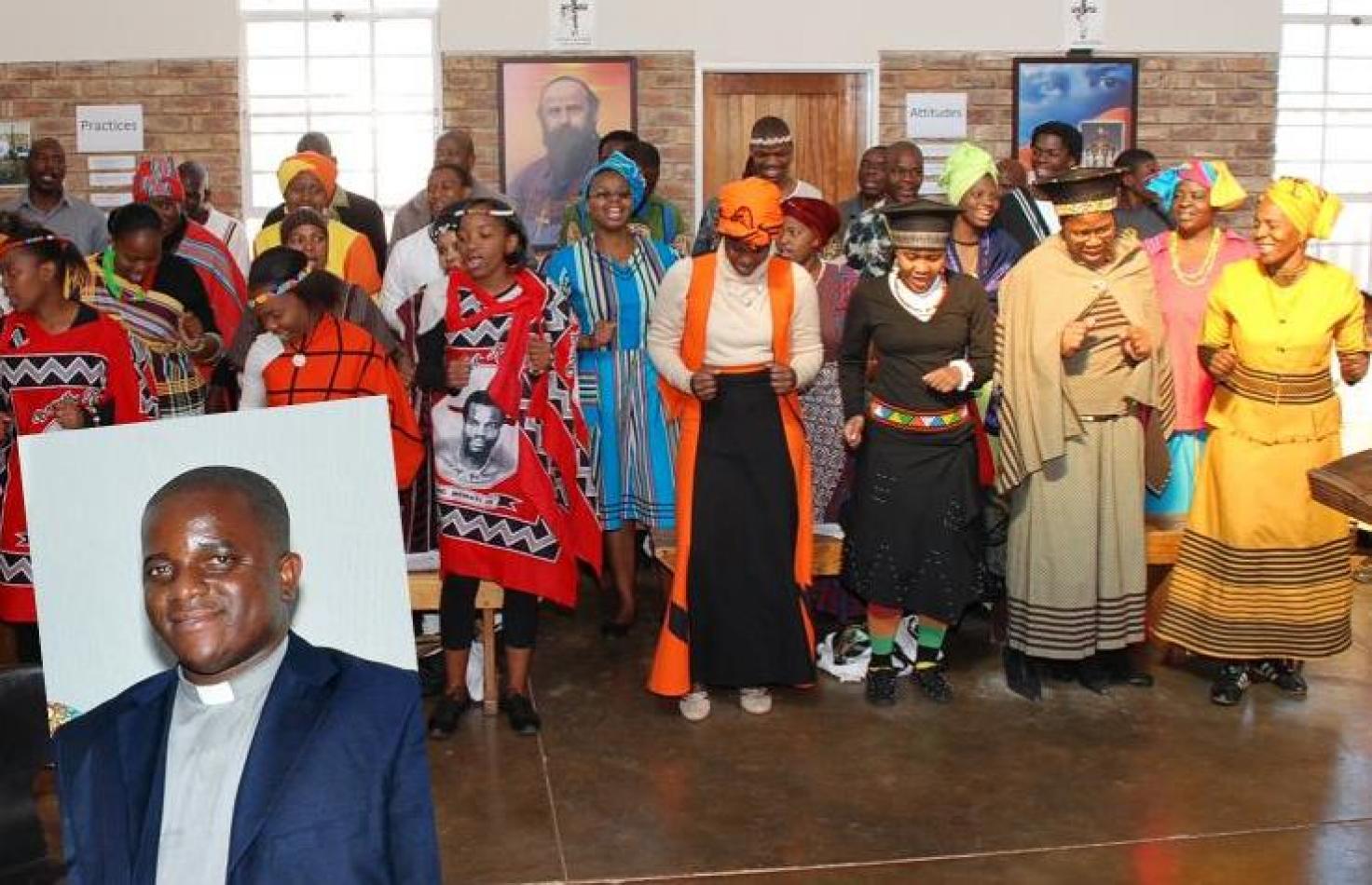 Saturday, September 19, 2020
“For nine years, I stressed self-reliance in all its aspects. I visited local communities, spending time with the sick and families, supervising the various groups, especially of young people, training lay ministers, and administering the sacraments.” Father Missay Soku Jérôme, a Comboni Missionary from Democratic Republic of the Congo talks about his experience in a South African parish.

I was born in 1978 in Kisangani, Democratic Republic of the Congo. My parents were staunch Catholics, and their faith influenced me deeply. My father was a born artist in many ways. He trained me to draw and paint, and to sing. Comboni Missionaries ran our parish and they would make use of his art to decorate churches, chapels, and halls.

Still a young boy, I entered the diocesan minor seminary. My life went on smoothly, without any particular jolts. I took it for granted that I would be a diocesan priest, and my family was happy with that decision.

On 17th March 1996, mons. Daniel Comboni, the founder of Comboni Missionaries was beatified. For a whole year, the Comboni missionaries in Democratic Republic of the Congo prepared the great event by organising conferences, symposia, celebrations in all parishes and schools. One evening, they came also to the seminary where I was quietly intent on my studies. The presentation they made of Comboni’s life and charism and the description of their work in Africa fascinated me.

It was as if sensations, desires and aspirations, long hidden in my subconscious, suddenly had emerged, clearly verbalised for me. I had only to accept, digest them, and make them my own flesh and blood. I decided, however, not to let myself be carried away by that stimulating inspiration, but to subject it to a serious process of guided discernment. It took me three years to surrender totally to that strong desire, convinced that it was God’s will for me.

Finally, in October 1999, I joined the Comboni Institute as a postulant, in Kisangani. Unfortunately, what could have been a honeymoon soon turned into a nightmare for me. There were 15,000 Ugandan and 19,000 Rwandan troops on Congolese soil. Laurent Kabila had designated Kisangani the forward base for the foreign forces, as he marched towards Kinshasa to overthrow Mobutu Sese Seko. That alliance of foreign military forces disintegrated, when people of Hutu descent were massacred by the thousands in western Zaire. Kisangani became the site of the first open fighting between Ugandan and Rwandan forces, and nearly 3,000 people died in the crossfire. The fighting led to the destruction of about a quarter of the city. Further clashes between the two armies led to thousands more deaths and widespread destruction from 5th to 11th June 2000.

Many of my relatives and friends were killed in that horrible war. I myself was taken hostage to a Ugandan camp until the end of the war, spending my time with orphaned families and injured people. The memory of the atrocities I saw has not yet disappeared from my mind, but I never allowed it to paralyse me. On the contrary, my motivation to fight against all forms of social injustice and to stand by my weakest and most victimised brothers and sisters became stronger than ever.

In June 2005, I took my first religious vows and moved to the Comboni International Scholasticate in Kinshasa, where finally I could enjoy the beauty of community life. Fully committed to my theological studies, I had the opportunity to let loose the reins of my passions: painting and music. At the end of the scholasticate, we were able to publish our first compact disc with a few missionary songs, thus contributing to the mission animation programme of Afriquespoir, the Comboni magazine published in Kinshasa for the whole of francophone Africa.

By now, my sense of belonging to the Comboni family and my missionary zeal had greatly increased, and I was burning with desire to put into practice everything I had learned during my training period. So, I welcomed the chance to spend two years of pastoral work, in preparation for my priestly ordination, outside my country.

In August 2009, I was sent to Pretoria (South Africa). My craving to get down to work right away was curtailed by the language problem. Surprisingly, I discovered I was good with languages. After four months of intensive English course, I was sent to Acornhoek, a mission-parish founded by the Comboni missionaries in 1954, but still with vast zones of first evangelisation. There were 38 outstations, regularly visited by the fathers. People supported their parish with great generosity, despite their poverty: today, most are small farmers and pastoralists.

Right away, I dove into the new environment. I was enthusiastic about everything I saw, and I began to work with great fervour.  One year later, I took my perpetual vows in Pretoria on 14th November 2010. On 5th December, I was ordained deacon in the Acornhoek parish.

On 29th December 2011, I was ordained a priest in my home parish in Kisangani. A few weeks later, I returned to Acornhoek, as parish priest, the first African priest to work in the parish.

For nine years, I stressed self-reliance in all its aspects. I visited local communities, spending time with the sick and families, supervising the various groups, especially of young people, training lay ministers, and administering the sacraments. I transformed the old parish singing group into a first-class choir, able to produce six splendid CDs, promoting old and new liturgical songs.

I left Acornhoek in August 2019 for a new destination: Loyola University (Chicago), for a specialisation course in Pastoral Counselling. Will I ever go back to Acornhoek? I do not know. I will go where God will take me. Today, in my heart there is only gratitude. And ‘Gratitude’ is the title of the last CD I published and left to my South African friends as a farewell letter.
Comboni Missionaries