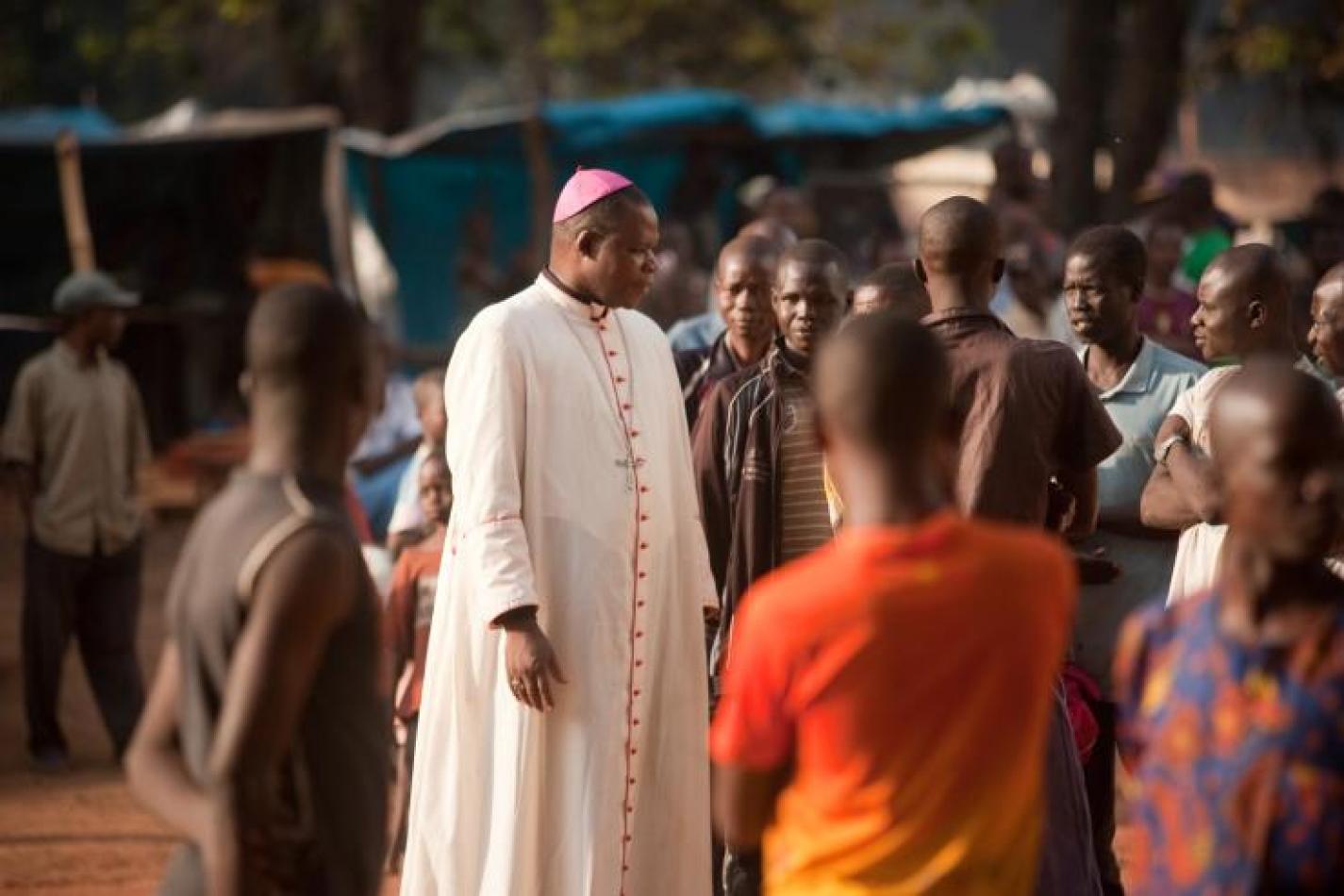 Thursday, October 1, 2020
In their pastoral letter recently published, the catholic bishops of the Central African Republic said that “There are signs of hope, but the continued presence of armed groups threatens the future of the country.” (In the picture: Cardinal Dieudonné Nzapalainga).

“After the coup d’état of March 2013, our Country was endowed with democratic institutions in March 2016. Through the vote and elections, the people gave themselves a new Constitution and legitimate authorities,” the bishops recall. Among the progress made is the Accord Politique pour la Paix et la Réconciliation en République Centrafricaine (APPRCA) signed in 2019 by 14 armed groups with the government.

“We ask ourselves about the effectiveness of republican institutions in the reconstruction of our country. We note with bitterness that 70% or even 80% of our country is occupied by armed groups, some of which are led by the most ferocious mercenaries. These groups,” the bishops say “are involved in war crimes, crimes against humanity, environmental crimes, and the large-scale looting of our mineral resources. They committed blood crimes against innocent people in Bocaranga, Bohong, Bozoum, Besson, Bouar, Birao, Ndélé, Bria, Lemouna, Koudjili.”

The bishops point out: “The warlords take advantage of the political agreement for peace and reconciliation, taking advantage of the concessions offered to them by the latter, in particular the full freedom of movement. They have imposed the business of war, an economic model based on human blood,” the Bishops affirm, who sound the alarm that some of these groups are “strengthening, recruiting new fighters and increasing stocks of armaments and ammunition. Have they not yet given up on the partition plan for our Country? Will they try to achieve this by interrupting the electoral process? When traveling through the Central African Republic, it is terrifying to encounter entire villages forced into abandonment by their populations or set on fire by unpunished criminals. Families prefer to live in exile or stay in camps for displaced people which are sometimes 100 meters from their homes.”

“Which leaders will be able to bring out the inhabitants of the Central African Republic from oppression, misery, and ignorance?” ask the Bishops in view of the presidential elections in December. The message is especially aimed at young people and women. The Bishops exhort the former not to be “an inexhaustible reservoir of cannon fodder, but the most important resource of our country.” The message asks them to refuse the exchange vote and to refrain from violently contesting the results of the vote. They ask women “to mobilize to actively participate in the electoral process as candidates, educators, and promoters of non-violence at all levels where you can be useful to our country.”

The next presidential election will be held on Sunday, December 27, 2020. If necessary, a runoff vote will take place on Sunday, February 14, 2021.

Although the February 2016 election of Faustin Archange Touadéra as president marked the first stage of the post-crisis transition in the Central African Republic, the situation remains volatile throughout the country, including in Bangui. Nevertheless, the country is still reeling from the conflict which created almost one million internally displaced persons (IDPs) and pushed more than 400,000 to seek refuge in the neighbouring countries of Cameroon, the Democratic Republic of Congo, and Chad.
[Comboni Missionaries]