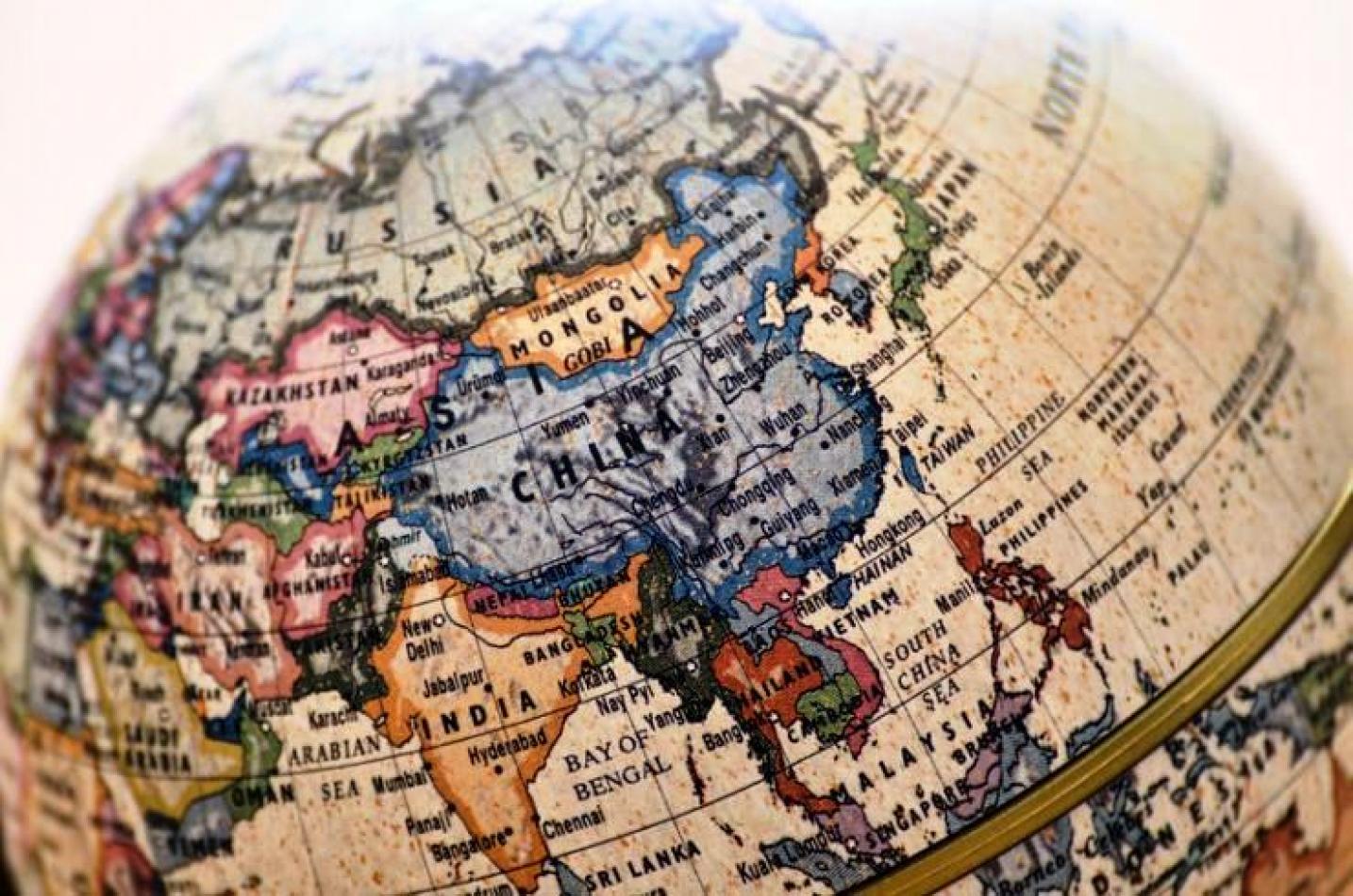 Monday, January 18, 2021
How to confront the consequences of COVID-19 as they affect the countries of Asia. China will continue its domination on the various international chessboards. India joins the Security Council. Meanwhile, the Olympics are to be held in Japan. The management of the first phases of the epidemic and the ambiguity that followed it concerning the causes and the reality of the contagion, filtered by censorship and the opportunities of the moment, have contributed considerably to feed scepticism towards the People’s Republic of China.

A contributing factor to this is the increasing intolerance of the Beijing authorities towards criticism of any kind, with a growing emphasis on the repressive potential and ability to wage war proposed by president Xi Jinping, himself, during the final months of the year. Consequently, Asia has seen a drive towards rearmament and strategic realignment, with the development of QUAD, a four-sided alliance: the United States, Japan, India and Australia and renewed and re-found relations of alliance in the Asia-Pacific with Washington, which has as its target that which to an increasing degree is seen as the expansionist ambitions of Beijing in the geographic scenarios over which it claims a historic ‘right’ of control.

With these strategic factors, there are the associated problematics connected with productive revival, of exports and the Chinese initiatives abroad in the second semester of 2020, that have activated suspicions of a certain form of ‘crisis planning’ to launch the People’s Republic into a dominating position in an economically prostrate world in prey to a variety of difficult social problems. Thus, leaving the governments with the obligation to mediate between emergency management, democratic fundamentals and the rule of law.

However things turn out, Asia will have to lead the revival of global exchange in 2021. Here, greater use of e-commerce may become structural, acting as a flywheel, especially in the area of consumer goods. During the same period, however, there will be an increased risk of social tensions in a continent where the pandemic, from India to Japan, has reduced the rights of workers and partly silenced civil society.

Politics ought to inevitably take these factors into account, with the concrete danger of the withdrawal of human rights and civil liberties, but also – where governments will have failed to limit the damage and guarantee the prospects of renewed growth and development – of significant social changes. One can only guess whether this will be progressive or regressive.

Thailand, from this point of view, is an almost unique example in that the grave situation created by the pandemic, in addition to an acute structural crisis, motivated the prolonged demonstrations in the second half of the year that have created an opening for the restoration of democracy or a deeper submission to military and power interests, like the monarchic or oligarchic monopolies that rely on them.

The year opens with India’s role as a non-permanent member of the UN Security Council, for a term of two years during which the great Asian country will have a positive role in giving greater weight to the developing world and will also relaunch its own influence as a demographic, economic and military giant, increasingly confronting the interests of one of the permanent members of the same institution, namely China, which India confronted last year, running the risk of open conflict, something that had not occurred for a number of years along the 3,000 kilometres of their common border.

With the brief though bloody conflict with Pakistan a half-century ago, India, led by Indira Gandhi, assured the creation of independent Bangladesh at the end of a war of independence fought from 26 March to 16 December 1971. It was one of the bloodiest wars of the modern era and an independence that opened the way to a difficult situation marked by underdevelopment and natural disasters before the country could, as in the last ten years, become one of the more emerging countries in Asia. In 2021, this reality will have to face up to its structural limits, the density of its population and its often repressive management that justifies itself by the need to contain radical Islamic pressure and its foreign influence.

In the continent of Asia, from the point of view of politics, the panorama of 2021 has little to offer, following 2020 which was electorally intense, despite the limits imposed by the new coronavirus. A notable event is the elections planned for 5 September in Hong Kong to elect the local parliament (Legislative Council, Legco). This is an important event coming a year after the imposition on the former British colony of the national security law and the postponement of a year of consultations; officially to avoid the further spread of the epidemic but with obvious political and public order implications. The situation imposed on the population and pressure on opposition movements is unlikely to allow seats to be gained with substantial modifications to electoral laws (as demanded by the ‘umbrella revolution’ of autumn 2014 and after the crushing victory of the democrats in the district elections of November). The trial of strength between the parties and the tensions or solutions that derive from it will, in any case, mark the year 2021.

They will also mark Taiwan, seen by many Hong Kong dissidents as a place of refuge or temporary base before expatriating for good. The evolution of the strategic balance of the region, Beijing-Washington relations and pressure from the continent on the leadership of the island will certainly be of interest and under worldwide scrutiny.

Even more so with the approach of 25 October, which in 1971 marked the assignment to the People’s Republic of China of the seat for the whole of China, formerly given to Taiwan. The theme of reunification demanded by Beijing will still be a ‘hotly-disputed’ topic after the obvious failure in Hong Kong of the theory of ‘one country, two systems’.

In 2020, South-East Asia has suffered more from the economic, rather than other, consequences of the pandemic. Almost everywhere, the number of victims has been relatively low despite the difficulty in managing the crisis. The highest number of infections and deaths in proportion to the population occurred in Singapore, a well-developed country and well prepared in the area of public health, but characterised by high levels of immigration. In the area, the year 2021 will be a difficult one with possible consequences for social stability. Besides Thailand, the more uncertain situation may be that of Myanmar.

The substantial victory on 8 November last, of the parties of the National League for Democracy led by Aung San Suu Kyi, has opened the way to the perhaps definitive decline of the control exercised by the armed forces ten years (on 30 March) from formally relinquishing of power after a half century of dictatorship, but the role of Nobel Prize-winner Aung San Suu Kyi and her party may well help towards profound renewal.

The fronts opened in Rakhine (with the unresolved questions of the Rohingya now largely refugees abroad and the accusation of genocide due to their persecution), and also against minorities of different origins and faiths, prevent pacification and development as well as alienating from the country both moral support and essential investment.

On the level of strategy, the opening of dialogue with New Delhi is leading the country to a position that is more equidistant between the two neighbouring powers of India and China, in a broader framework of interests and alliances to which the countries of the region are called during a difficult wellbeing and economic contingency.

In Japan, the coming year will be rich in topics and unknowns, starting from the decade of a double catastrophe caused by an earthquake and a tsunami, of 11 March 2011 which created the crisis of the reactors at Fukushima nuclear power station which is still far from being resolved. It was an event that reignited fears and reflections connected with the use of atomic energy after having recovered in 2020 the memory of the two atomic bombs dropped on Hiroshima and Nagasaki on the 75th anniversary of the event and 50 years after the signing of the Nuclear Non-Proliferation Treaty.

Closely connected with these themes, also due to the high level of US bases and the possibility that, if there were to be heightened regional tensions, they may become essential to US strategy based upon the nuclear deterrent, here will also be, in June, the fiftieth anniversary of the definitive return of Okinawa and the Ryukyu Islands to Japan after being under allied administration after the war. This anniversary, precedes by a month the planned opening of the Olympics and Paralympics postponed from last year.

For the country of the Far East, this sporting event will be an opportunity to recuperate investments, tourists and its image. To mark an improvement in relations between Japan and South Korea – both countries with a relatively low rate of infections and deaths due to the COVID-19 pandemic but with dire economic situations and consequent unemployment – there may be, during the year, a negotiated solution regarding the forced labour imposed on hundreds of thousands of Koreans during the Japanese occupation.
(Stefano Vecchia - Comboni Missionaries)