Home
Circoscrizioni
America
Brazil: the new report denounces the advance of miners in the indigenous territory

Brazil: the new report denounces the advance of miners in the indigenous territory 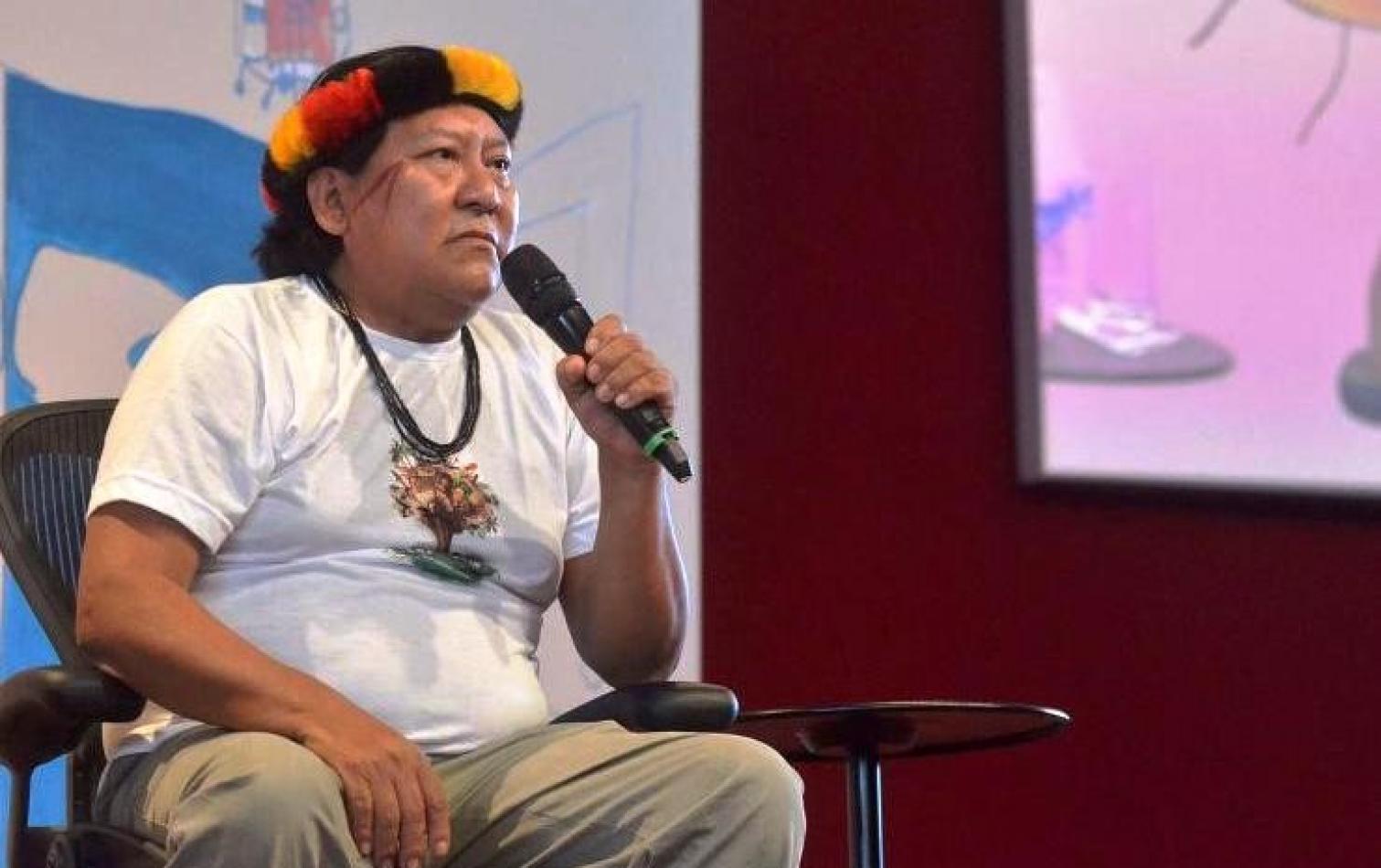 Monday, April 12, 2021
Even with the COVID-19 pandemic, which has killed 318,000 people across the country, illegal activity never stopped – on the contrary, suggests a new survey on the expansion of mining in the indigenous territory. [
Photo: Yanomami leader Davi Kopenawa/C.C.O). Text: Comboni Missionaries]

Produced by Hutukara Yanomami Association (HAY) and Wanasseduume Ye’kwana Association (Seduume), the report “Scars in the Forest – the growth of illegal mining in the Yanomami Indigenous Territory (YIL) in 2020”, published on March 25, depicts how this criminal activity has been proliferating in the indigenous land, going up the rivers and getting closer and closer to indigenous communities, with new access routes penetrating the forest.

The report emphasizes six regions especially affected by the devastation, such as Waikás and Kayanau, with 35% and 23% of the total areas scarred by mining, respectively. The document also points out the exact location of new gold mining centres along the main river beds that flow through the Indigenous land, particularly the Uraricoera River, which accounts for more than half (52%) of the entire area degraded by mining activity. Until recently, the mining site known as “Tatuzão do Mutum,” on the banks of the Uraricoera River, concentrated the largest portion of mining activities in the region. Today, three new mining areas have also appeared near the communities of Aracaçá, Korekorema and the Ye’kwana de Waikás.

Yanomami leader and shaman Davi Kopenawa, chairman of the Hutukara Yanomami Association, says he is concerned and outraged by the current invasion by illegal miners. “You see the dirty water, the yellowish river, pits everywhere. These miners are like pigs from big farms – they dig a lot of holes looking for precious stones like gold and diamonds. They eventually come back. Twenty years ago, we managed to send these invaders away, and they returned. They are coming in like starved beasts, looking for the wealth of our land. They are advancing very fast. They are arriving in the middle of the Yanomami land. The prospectors are already reaching my home,” reported Kopenawa.

The shaman also fears for a conflict with the invaders. “I am very concerned, because the miners are not alone, they’ve assembled in large groups, they are armed, supported by businessmen, the governor of Roraima and President Bolsonaro, as well as other Brazilian businessmen. Here in Roraima, miners, businessmen and politicians do not respect indigenous peoples, they just want to take away our wealth,” emphasized Kopenawa.

The document points to an increase in conflicts between indigenous people and illegal miners as one of the effects of the increased presence of invaders in the Yanomami Territory, citing the murder of two young Yanomami in the Parima River region, in July 2020. Earlier this year, on February 25, indigenous people in the Helepe community suffered an attack by miners that resulted in a seriously injured indigenous man and the death of one of the miners – they withdrew, threatening to retaliate. In the recent past, similar situations resulted in massacres such as that of Haximu, in 1993, the first case of genocide recognized in Brazil.

The report was based on satellite images from Planet and Sentinel 1, which conducts a monthly mapping of degraded areas in the Yanomami Territory, in addition to information from complaints and reports from communities. A flyover of the territory carried out by the Illegal Mining Monitoring System in December 2020 captured the images that complement the report.

The new report also denounces how the advance of miners in the indigenous territory has brought diseases to communities, especially malaria and COVID-19, putting at risk the survival of isolated indigenous groups, who are even more vulnerable to diseases. “The data also indicates an increase in the pressure on Indigenous groups in voluntary isolation, the Moxihatëtëma, pressured by the increasing numbers of prospectors in the region of Serra da Estrutura, only a few kilometres from their communities. Any forced contact, at this stage, risks triggering a tragic genocide scenario,” the report says.

The document includes a series of recommendations to the authorities and government agencies, emphasizing the urgent implementation of an integrated plan for the total removal of mining from the Yanomami Territory, as well as the resumption of periodical operations to remove irregular infrastructure installations and investigations to identify and hold responsible actors in the illegal gold supply chain. The report will be delivered by the indigenous leaders to federal agencies responsible for territorial inspection of the Yanomami Territory.

“Hutukara has already denounced the presence of miners many times, with well-explained and detailed documents. We have to hand the report over to the heads of FUNAI, the Prosecutor’s Office and the Federal Police, which are the relevant agencies that must take steps to protect our territory. We must even put the document in the hands of the President of the Republic. This is our struggle and we will continue to report abuses. We will fight with no fear—we are defending our rights, our Mother Earth. They cannot steal our Land. This is the fight I’m in, together with the new warriors,” concluded Davi Kopenawa.

Federal court determines daily fine of R$ 1 million to the Federal Government for failing to remove illegal miners from the Yanomami Territory.

On March 16, the Brazilian Federal Court determined that the Federal Government remove illegal miners from the Yanomami Territory and put forward an action plan. If the decision is not complied with, a daily fine of R$ 1 million will be imposed on the institutions that must act to remove the invaders.

In July 2020, the Federal Regional Court (TRF1) ruled that an emergency plan should be prepared within 15 days. According to the Federal Public Ministry (MPF), the Federal Government filed several appeals to the Federal Court of Roraima, the TRF1 and the Federal Supreme Court (STF) to avoid complying with the ruling.

With the new decision, the Federal Government, the National Indian Foundation (Funai), the Brazilian Institute of Environment and Renewable Natural Resources (Ibama) and the Chico Mendes Institute for Biodiversity Conservation (ICMBio) must start removing illegal miners within 10 days.

Indigenous leaders and officials claim miners are the main culprits for bringing the coronavirus into the Yanomami Territory. In late January, nine Yanomami children died with COVID-19 symptoms, such as fever and shortness of breath. The communities were left unassisted for over two months. If measures had been taken by the Brazilian government, the deaths could have been prevented.
[Comboni Missionaries]