Home
Segr. Missione
La missione dal di dentro
Mary Nyaluak Luny, ready to serve in any work that is needed in the Church

Mary Nyaluak Luny, ready to serve in any work that is needed in the Church 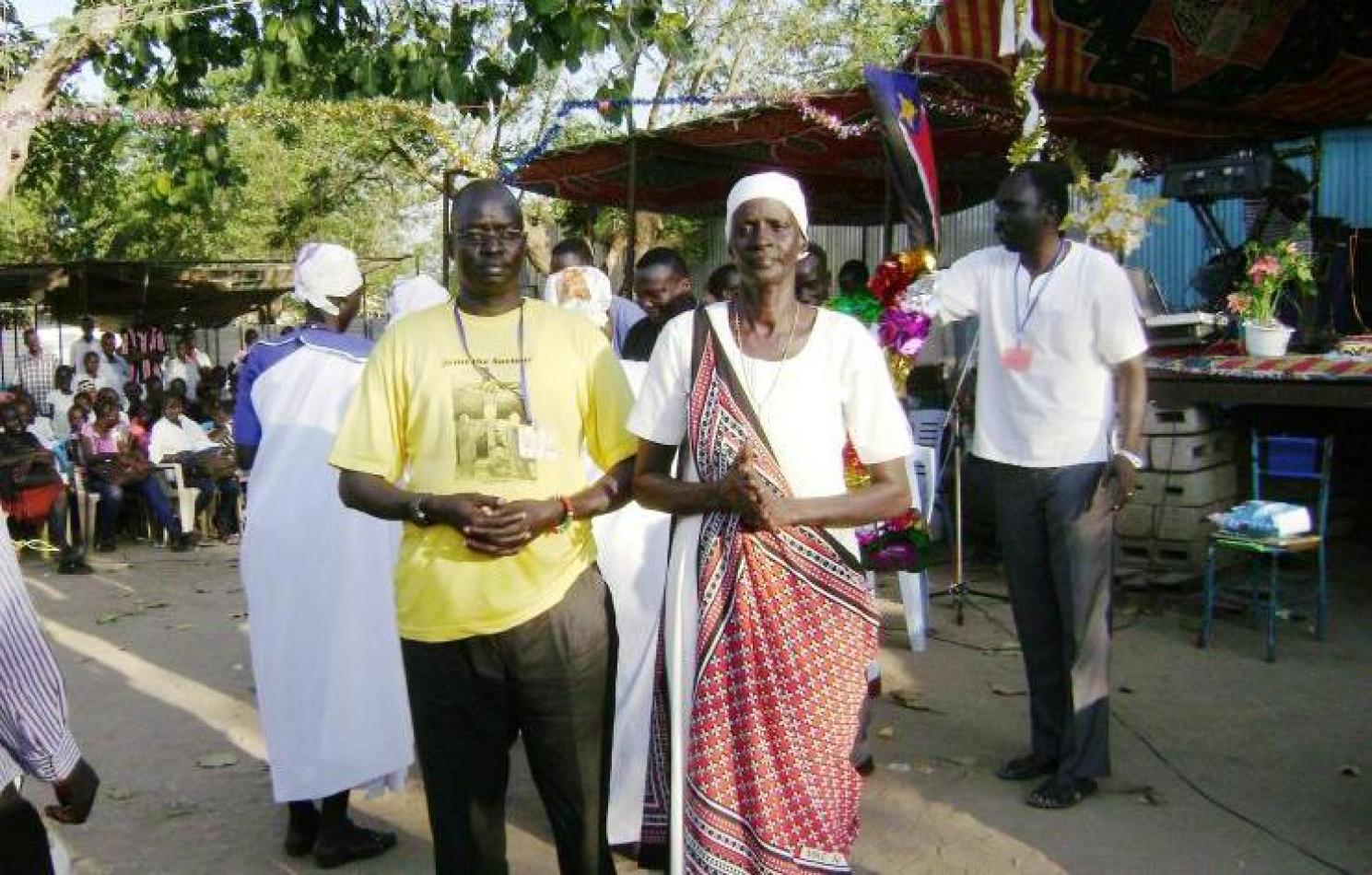 Friday, July 9, 2021
Women have played important roles in the Catholic Church in Africa. They are the ones that carry on the most activities in the communities. Many of them are catechists. Mary Nyaluak Luny is involved in the Church’s ministry.
[Comboni Missionaries]

Mary Nyaluak Luny is a 50-year-old widow. Born in Patit, Jagei, she was married while a teenager. After she had her first three children, two boys and one girl, life became very difficult for her. Her in-laws died, and her husband was killed in the war in 1985. She was forced to emigrate with thousands of Nuer to Ethiopia in 1987. In Ethiopia she met Fr. Benjamin Madol who welcomed her and her children into the church. At the end of 1988, she joined the catechumenate.

When the government of Mengistu was ousted in 1991, the Southern Sudanese who were refugees in Ethiopia were sent back to their country. Nyaluak went to Nimule where she continued her training for baptism and was baptised with the name of Mary on 24 August, 1993. After her baptism she tried to live her life as best she could according to the Gospel. She worked with the priests, the sisters and with the bishop himself.

In 1995, Mary Nyaluak went back to Leer in Upper Nile. She decided to work with the missionaries who arrived in Leer in 1996. She also became involved in Church activities, first with the Legion of Mary and later in other ministries. With the help of the parish priest, she started the Women of Luke Association on 5 November 1997. In 1998, the parish priest organized training to prepare women catechists. She joined the training together with seven other women.

Unfortunately, the war reached Leer in June 1998. Many people were killed and tens of thousands of them were displaced. The missionaries were also displaced to other areas of Upper Nile. In the middle of the turmoil produced by the war, Mary Nyaluak moved to different places to save her own life and the lives of her children. Wherever she went she worked in the Church.

In 2002, she went to Nyal and got involved in the Church’s ministry. She started to reorganize the Women of Luke Association. They were dispersed by the war but the association did not end. She was appointed catechist on 1 August, 2004. In 2005 she organised courses to train women catechists in Leer and Mayandiit, and she started the Sunday School of Religion in those two places. Today, she continues to pray every day with the Women of Luke and the Christian community and is always ready to serve in any work that is needed in the Church.
[
Fernando Gatkuoth Gonzalez – Comboni Missionaries]