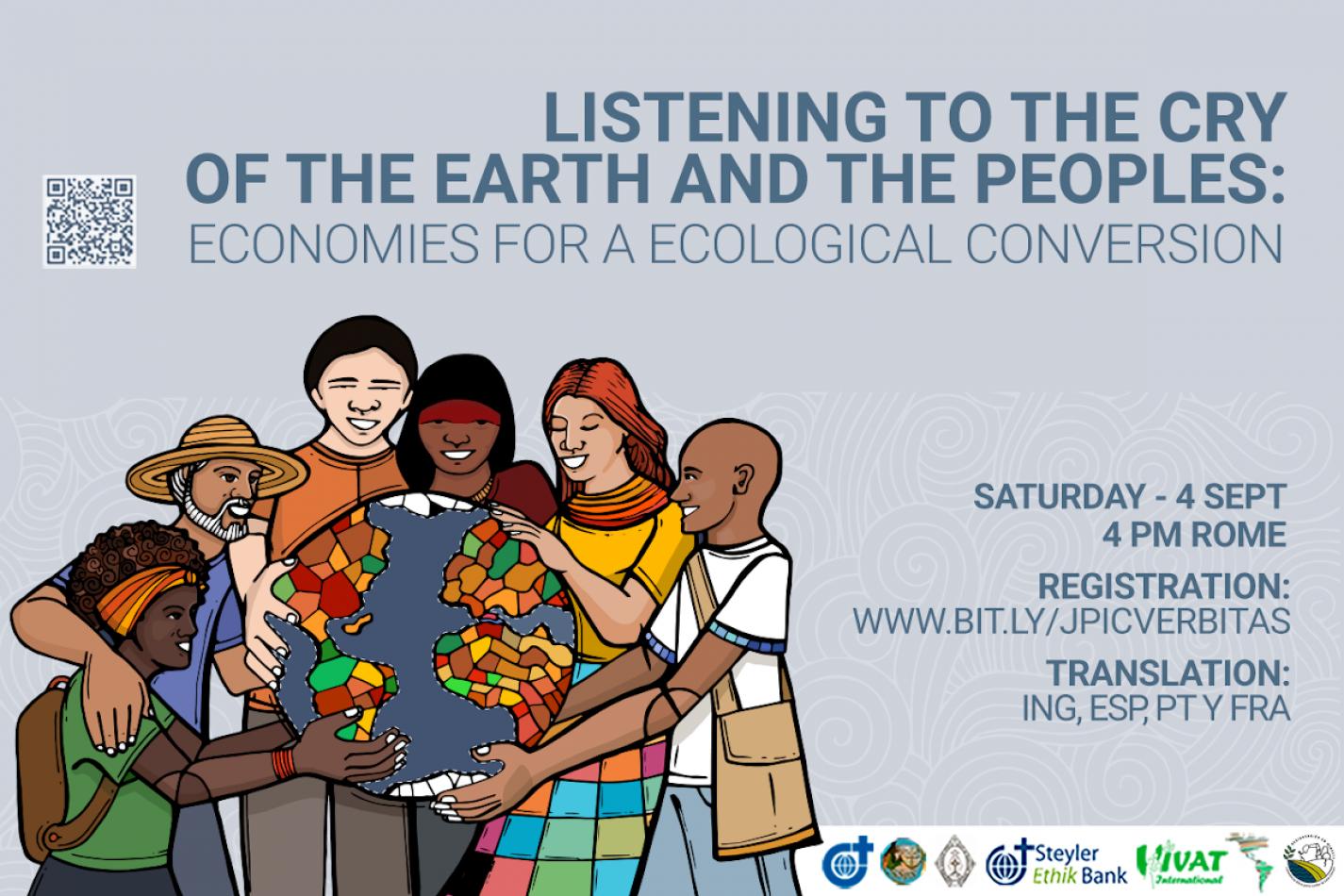 Friday, September 3, 2021
On September 4, SVD missionaries, Handmaids of the Holy Spirit, and lay people from communities affected by mining will discuss economic models, extractivism, and its consequences for local communities and the care of creation.

The St. Arnold Janssen family present on five continents, composed of the Congregations of the Divine Word Missionaries, the Missionary Servants of the Holy Spirit and the Servants of the Holy Spirit of Perpetual Adoration, invite you to the webinar Listening to the Cry of the Earth and the Peoples: Economies for an Ecological Conversion. The conference will take place online on Sept. 4 at 4 p.m. Rome time, in collaboration with the Justice, Peace and Integrity of Creation Commission (JPIC) of the SVD Missionaries, the Churches and Mining Network through the Divest in Mining Campaign, Vivat International and Steyler Ethical Bank.

Pope Francis, in "Dear Amazonia", denounces the depreciation of extractive projects and other industries that destroy and pollute (cf. QA 49). The event proposes a dialogue on Integral Ecology with the objective of tracing paths for a new economy attentive to Christian Social Ethics, in the commitment to promote economic, investment and consumption models that act as instruments of missionary action of the Church. Attentive to the social magisterium of the Church, the invitation reinforces the evangelical commitment to be co-responsible in the transformation of the economic model of inequalities and to promote economic practices that have at the center "concern for nature, justice for the poor, commitment to society and inner peace" (cf. LS 10).

The webinar will be attended by communities affected by mining, religious and lay people working in pastoral activities for the care of the Common Home. The meeting of the congregational family founded by St. Arnold Janssen, a man aware of the spiritual needs of other peoples, proposes the exchange of visions, testimonies and experiences for the promotion of an integrated economy in a political, social, cultural and popular project that seeks the common good.

The Churches and Mining Network (IyM) is an ecumenical space, made up of Christian communities, pastoral teams, religious congregations, theological reflection groups, lay people, bishops and pastors.  Present in Latin America, the network aims to accompany the challenges of the impacts and violations of socio-environmental rights caused by mining activities in the territories where its members live and work.

Recently, this network launched the Divest in Mining Campaign as an integrating activity for an urgent paradigm shift that rejects the many forms of injustice "nurtured by an economic model based on profit, which does not hesitate to exploit, discard and even kill" (cf FT 22).

What: Webinar Listening to the cry of the Earth and the Peoples: economies for an ecological conversion
When: September 04 - 04 pm Rome
Where: ZOOM Platform
Registration: https://bit.ly/JPICVerbitas
After registration, you will receive the link to the ZOOM room by email days before the event.