South Sudan: Being part of a universal Church 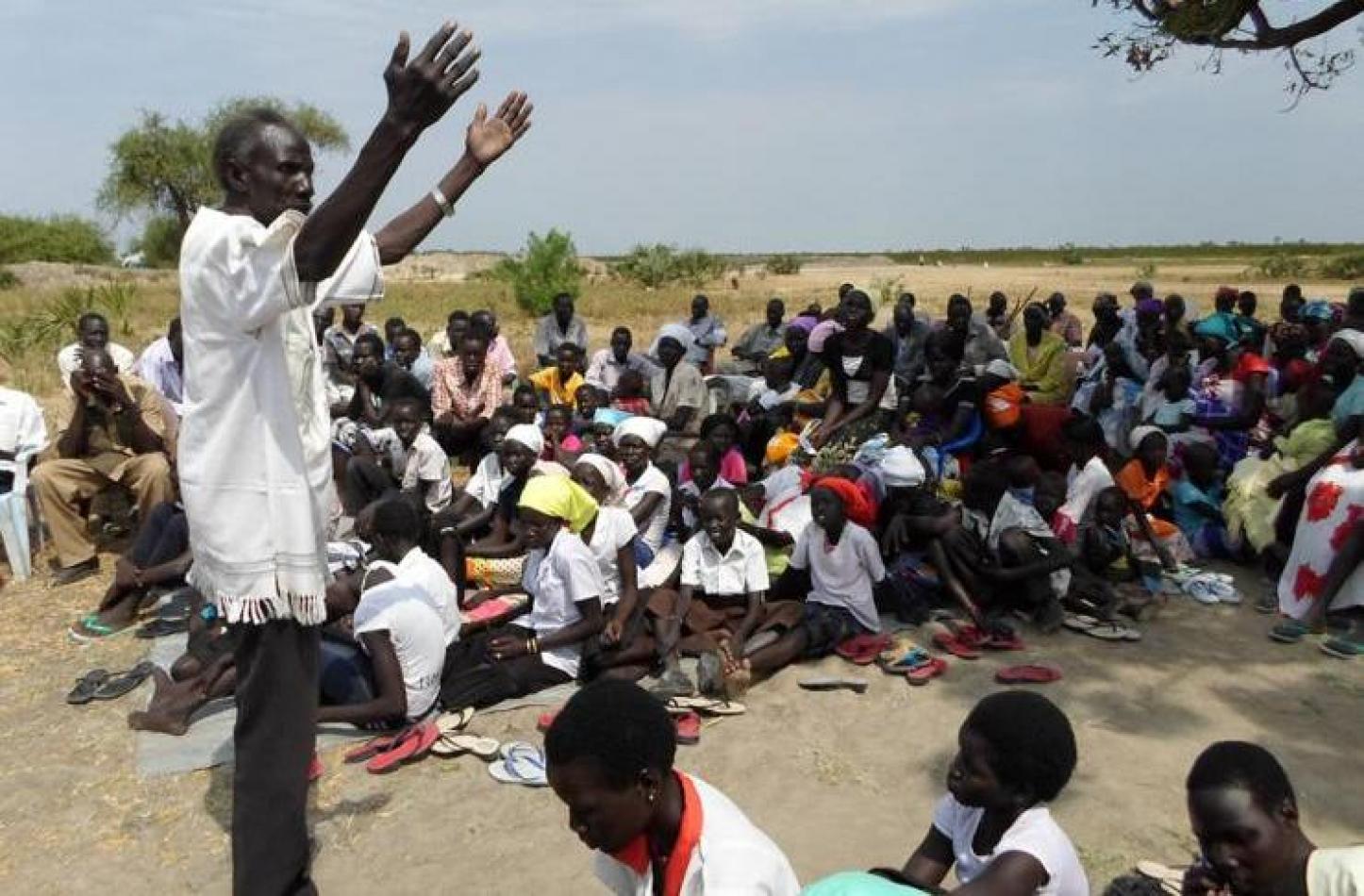 Thursday, August 26, 2021
An extremely polarised country where belonging to a family or clan is much more important than one’s national identity. The new bishop of Rumbek, Mons Christian Carlassare invites the Christians to be part of a universal family rather than to a clan or ethnic group. The Gospel is indeed inspiring but that does not lessen the effort required to overcome all the obstacles one encounters on the journey of faith.

The road is often tiring as there are not many reference points to show the way. Generations of South Sudanese people have lived all their lives in a context of instability, violence, and conflict. There is much frustration that worsens the traumas of the past. Walking together is not a foregone conclusion, far from it.

Even within the same ethnic group there are great differences of views between those who have been educated and live in the cities and the majority who live isolated in the rural areas, and are often illiterate; between those who can rely on a regular salary from their work as civil servants or from their jobs in humanitarian non-government organisations, and those who, instead, rely on their herds or who earn their living by fishing or agriculture; between those who reflect and make decisions in the light of the Gospel and those who, though they are Christians, follow a way of thinking based upon the categories of their tradition and culture.

It must be noted that the Church operates in a context that is intrinsically very poor, not so much in terms of resources since there is sharing between Churches, as in terms of operative structures, qualified personnel, programmes, and the means to carry them out. The diocesan clergy has to make do with training that, in many respects, is incomplete, with economic restrictions, isolation, and limited accompaniment. In many ways, the traditional culture, even while respecting the priest as a man of God, does not help him to live out his service. At the same time, the needs of the people are many and pastoral work is very demanding. Discouragement may affect even the strongest and most motivated.

The contribution of the religious and missionary institutes is very important. They do encourage a missionary pastoral that seeks to “go out”, and meet those who are far away and often marginalised. In fact, even those who are not included in the logic of the modern world may give an important contribution towards the betterment of the situation as well to changing the dynamics that keep the country hostage to the past.

Direct evangelisation is certainly difficult for religious institutes when they are not well inserted into the context and are not familiar with the people. The missionary institutes in South Sudan constitute a powerful impulse to human promotion by means of schools of all levels, dispensaries, and hospitals, reception centres, the mass media, microcredit, self-sustaining projects and the promotion of peace. There, too, are important ambits wherein to continue evangelisation understood as humanisation or as giving value to human beings and their fundamental dignity.

The Good Shepherd Centre, promoted by the Association of Major Superiors of Religious Institutes, proposes to offer human and Christian formation to pastoral agents and all who are striving for peace and reconciliation. At the moment, there is a team of religious congregations who have joined the initiative Solidarity with South Sudan, in which 170 religious congregations participate. Besides offering courses and retreats in the centre of Kit, close to Juba, it presents programmes and activities in all the dioceses of South Sudan specifically to reach as many people as possible, especially those who have important roles in the pacification of the population in the territories.

Another very important initiative is the one promoted by Bishop Emeritus of Torit, Mons Paride Taban, who, in 2005, founded a village at Kuron (East Equatoria) where people of different ethnic groups live together in a common project to develop the territory. The idea is to show how it is possible to overcome the logic of the clan when people of different backgrounds come together for the common good and not just that of a single group.

The essence of the Church is communion, fraternity, and unity. When we see Christians divided along lines of ethnic group or clan, we understand how much the faith has not been interiorised. Day after day, we realise that the blood of culture and ethnic group is still thicker and more important than the sacred water of Baptism. The paradigm of “The Church as the Family of God” proposed by the first Synod for Africa in 1994, now seems to have been rejected. From this comes the understanding that, in this time of missionary crisis, it is necessary to re-evaluate and revisit evangelisation with renewed energy and re-found courage.

The Gospel is not meant to be preached in church on Sundays to a small group of the faithful but must reach all corners of society, especially those that are not easily accessed, by means of appropriate initiatives and much creativity. A few superficial brush strokes of the Gospel to make us look like Christians by means of sterile devotional practices are not enough. It is necessary that the Gospel enters the flesh and penetrates the hearts of people in such a way as to produce Christians capable of transforming society. In preaching the Gospel, it is not possible to silence the many injustices, the violence, the indiscriminate use of arms, or the lack of respect for human life. It must be openly said that silence is anything but Christian.

The Church is increasingly called to see to the formation of the clergy and the lay pastoral agents in general. It must invest more in family pastoral, forming base Christian communities that promote mature faith that devolves into daily life. It is necessary to overcome exterior devotionalism to form people with an incarnate spirituality of commitment in society for unity and peace. The Church also has an important role in civic training to promote responsible citizenship.

This can be done, not only through primary and secondary schools but also by investing in universities so as to create a new culture attentive to sustainable development in an open society ready to share. Dioceses must promote commissions of justice and peace that may accompany groups scattered throughout the territory, capable of meeting the population and seeking solutions to conflict at its roots.

In short, the Church must try not only to safeguard the orthodoxy of its faith but above all to sustain a correct praxis that springs from faith, by means of truly Christian ethics. In this historical moment for South Sudan, the mission of the Church represents one of the few great hopes for the country since, like good yeast, the Gospel has the power to ferment the dough and give life to renewed humanity.
[Comboni Missionaries]