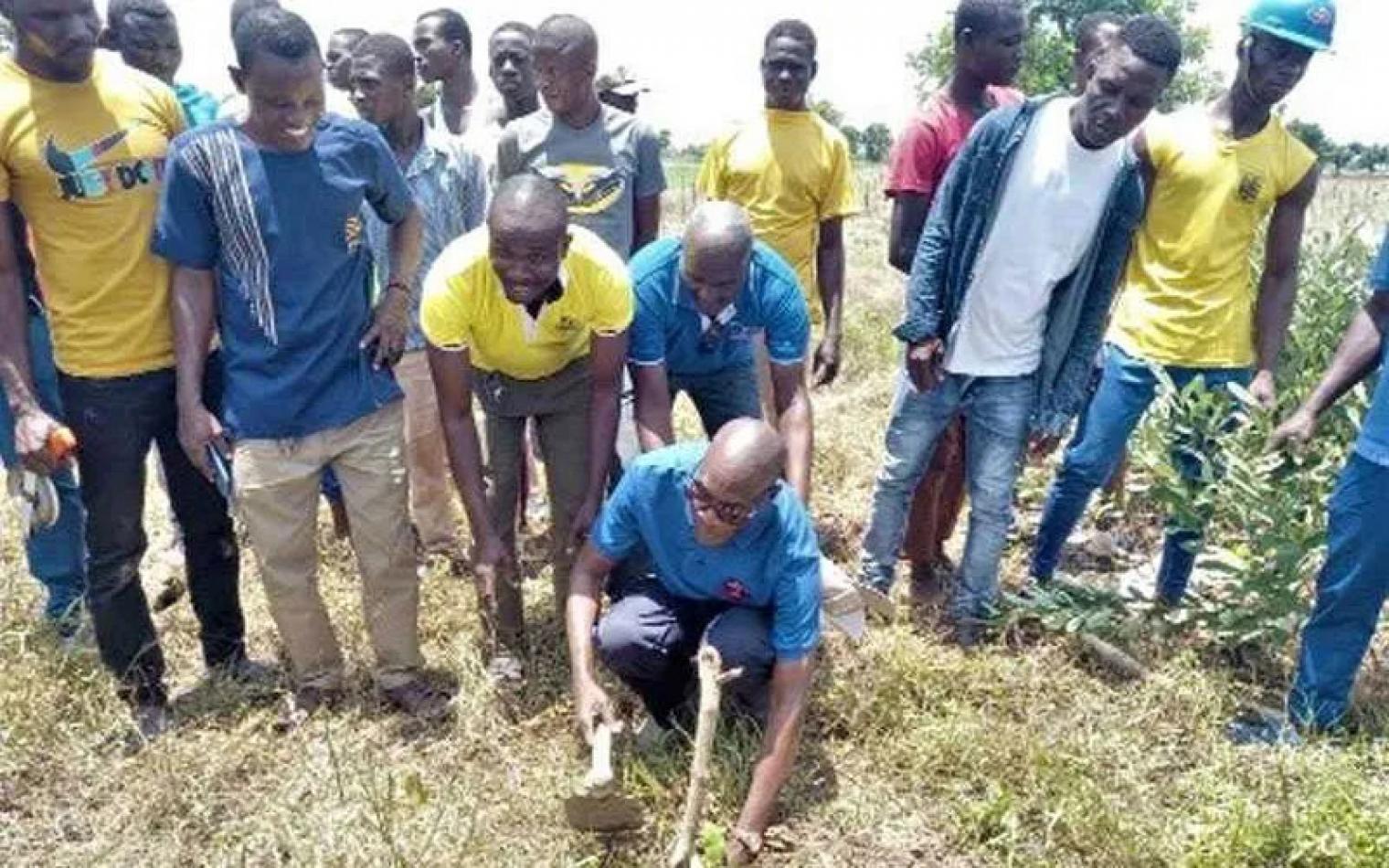 Sunday, August 14, 2022
Members of the Marshallan Relief and Development Services (MAREDES), a not-for-profit wing of the Noble Order of the Knights and Ladies of Marshall of the Catholic Church, have facilitated the planting of some 10,600 tree seedlings at Saboba in the Northern Region in Ghana in view of addressing the challenge of climate change. [In the picture: Samuel Zan planting a seedling. Credit: Business Ghana. ACI Africa]

“Climate change was a phenomenon that had dire effects on sustainable livelihoods, and the surest way it could be addressed was by planting trees,” the Knights of Marshall Supreme Officer responsible for MAREDES and Advocacy, Samuel Zan Akologo, has been quoted as saying in a Tuesday, August 9 report. Mr. Akologo adds, “The move was not only in line with the government’s Green Ghana agenda, but also aligned with the Ghana Catholic Bishops’ Conference's five-year Laudato Si’ Action program aimed at preserving the environment.”

The tree planting exercise is being undertaken “in an effort to help address the problem of climate change and its associated effects, such as improper rainfall patterns which affect agricultural activities,” he said. The exercise, which was undertaken in collaboration with the St. Joseph’s Technical School and Yendi Municipal Department of Forestry, is to help restore the depleting vegetation cover and fight climate change in the area, the August 9 report indicates. Speaking at the August 6 tree planting exercise, Mr. Akologo appealed to the community members “to put in place adequate measures to ensure that the trees were protected and survived to achieve the purpose for which they were planted.”

There is need for stakeholders “to increase public sensitization to the dangers associated with indiscriminate felling of trees in communities to help achieve a sustainable environment,” he said shortly after the tree planning initiative that is part of the Noble Order of the Knights and Ladies of Marshall's project dubbed: “Marshallan Environmental Action Program”, which seeks to promote sustainable environment and fight climate change. On his part, the Principal of St. Joseph’s Technical School, Maxwell Atingyena, lauded the tree planting initiative, saying that it will go a long way “to help address the environmental challenges resulting from the regular cutting down of trees for various purposes.”

Mr. Atingyena promised to engage relevant community stakeholders with the support of his students “to protect the trees so they survive”.