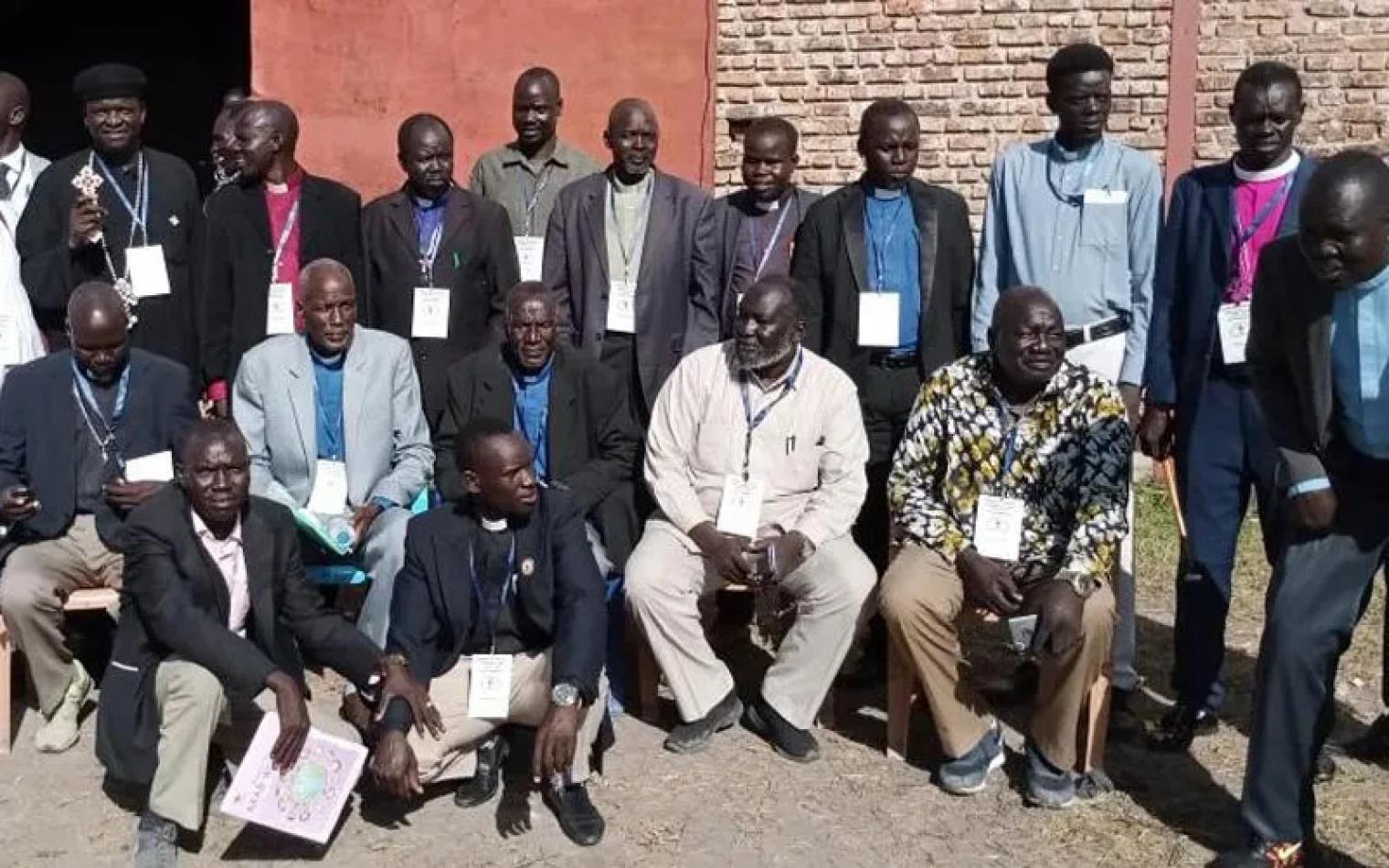 In their Wednesday, August 24 collective statement, the faith leaders describe the ongoing tribal clashes as an “unnecessary war” and call on members of the warring parties to “a ceasefire” as stipulated in the September 2018 Revitalized Agreement on the Resolution of Conflict in South Sudan (R-ARCSS). “We, the conferees in Fashoda Ecumenical Conference in Kodok town strongly condemn and reject the on-going unnecessary war in Tonga, and call upon the warring parties to a ceasefire in conformity with the revitalized agreement,” they say.

The religious leaders who include the Local Ordinary of Malakal Diocese, Bishop Stephen Nyodho Ador Majwok, call on the Intergovernmental Authority on Development (IGAD), the African Union (AU), the United Nations (UN), and the United States, the United Kingdom and Norway – known as the Troika “to exert pressure on the government and opposition groups to bring peace and stability in the country.”

They further appeal for mobilization of resources to “implement developmental projects including agricultural activities in the area”. In their collective statement, the faith leaders also express the need to “evacuate individuals occupying IDPs houses to ensure their return”. They further reach out to humanitarian entities “to provide homeless returnees with shelters and other basic services.”

According to the United Nations Office for the Coordination of Humanitarian Affairs (OCHA), at least 20,000 people have been displaced by heavy fighting between armed factions in Tonga and neighboring Panyikang County. The intensifying military clashes occurred between August 14 and 15 and extended further to Pakaw and Fangak County.

On August 16, a senior state official was reportedly shot dead by an unidentified gunman in the town of Malakal, one of the many incidents of targeted killings in recent years, Eye radio reported. In their August 24 collective statement, religious leaders in Upper Nile State make reference to the killing a State official in Malakal town by unknown gunman who reportedly fled after the crime.

They say, “We, the conferees in Fashoda Ecumenical Conference in Kodok town regret the tragic and violent death of Mr. John Okuny Yor, Director General of ministry of Housing, Land and Public Utilities of Upper Nile State”. “We condemn and energetically reject such unlawful acts and call upon the concerned authorities to get the criminals and bring them to justice,” the faith leaders in the South Sudanese State add.