Home
Gerechtigkeit, Frieden (JPIC)
JP - America und Asien
The Church should not allow itself to be bought

The Church should not allow itself to be bought 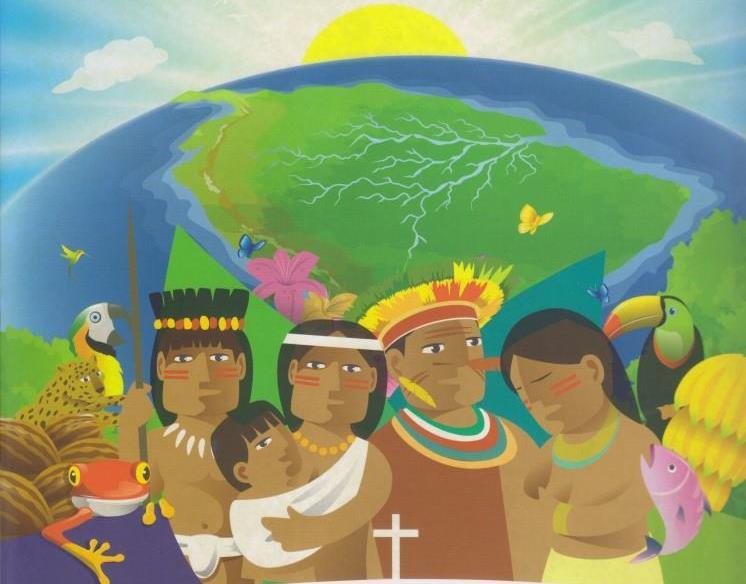 Tuesday, April 7, 2015
An open letter from the group Churches and Mining about the seductiveness of mining companies. Churches and Mining is a Latin American network of Christian communities and religious who, with the support of various bishops, the Pan-Amazon Ecclesial Network (REPAM), the Department of Justice and Peace of the Latin American Episcopal Conference (CELAM) and the Latin American Council of Churches (CLAI), was organized two years ago to confront the impacts of mining. Attached is the final document of the last meeting of Churches and Mining, held in Brasilia in December 2014. About 100 representatives of affected communities were present, along with partners from North America and Europe.

We know close up the suffering of many communities and traditional peoples, as well as violations of the rights of the environment and of future generations, provoked by the big mining projects that are expanding on our continent. These business undertakings violate the American Convention on Human Rights and the UN principles for multinational corporations and Human Rights.

Various bishops and some Episcopal Conferences have declared their support for the affected communities and denounced the conflicts which are provoked by mining companies and many times have the approval of national governments.[1]

The pastoral activity of the churches and their official stance in favor of the communities have been effective in showing the contradictions of the extractivist economic model and the damage it causes to human life and to the Planet.  They have also helped strengthen the people in their struggles and resistance, and have promoted the search for alternative models.

The biggest mining multinationals are organizing strategies to oppose these activities and accusations.  But while they have increased their presence in the communities, the companies have not been able to seduce the leadership and the people who are more aware, many of whom are organized around their Christian communities.

Because of this, the companies have added an institutional approach: senior executives and big investors of various mining companies requested a day of “retreat” at the Vatican (October 2013) and a day of reflection at Canterbury in order to come closer to the Anglican Church (October 2014).  At both of these events they experienced an attitude of listening and an openness to dialogue.  However, they were not able to co-opt the Churches nor were they able to receive a blessing on their operations, since the mining companies are generally concerned with promoting their own economic interests and, in the majority of cases, their formal declarations are not accompanied by an effective practice of listening and respect for the communities at the grassroots.

A third seductive initiative was recently launched.  We want to spread awareness of this initiative, and make clear our profound repudiation of the same.

The initiative is called “Mining in Partnership”.[2]  It proposes “to help theological seminaries in their training of pastors and other church leaders to serve communities affected by mining projects”.  It points out the benefits that this initiative would bring to both the companies and the churches.  It also proposes that the churches “think theologically, ethically and liturgically about mining in the locality and internationally.”

We would like to present our position on this initiative:

We therefore invite the Pontifical Council for Justice and Peace, the Episcopal Conferences, our Reformed Sister Churches, theologians, Christian Churches involved in the defense of the communities affected by the violation of their socio-environmental rights, and all people of good will, to join with us in rejecting this initiative of the big mining companies created to co-opt the opposition.

We will continue to walk with the communities humbly and persistently.  They are becoming more aware of their situation, protagonists of the process and more deeply rooted in the defense of their lands.  It is in this process that the Kingdom of God is being built.
Churches and Mining, April 2015.


[1] The library of the Observatory of Mining Conflicts in Latin America has a report on the most recent documents of the Churches of Canada, Brazil, Argentina, Peru and CELAM on this issue: http://www.conflictosmineros.net/?Itemid=203.

[2] Attached is the text of the complete proposal.  It was received by some of our religious congregations in March 2015.