Home
Kapitel 2015
Artikel
An letter of Fr. Chemello to the XVIII General Chapter

An letter of Fr. Chemello to the XVIII General Chapter 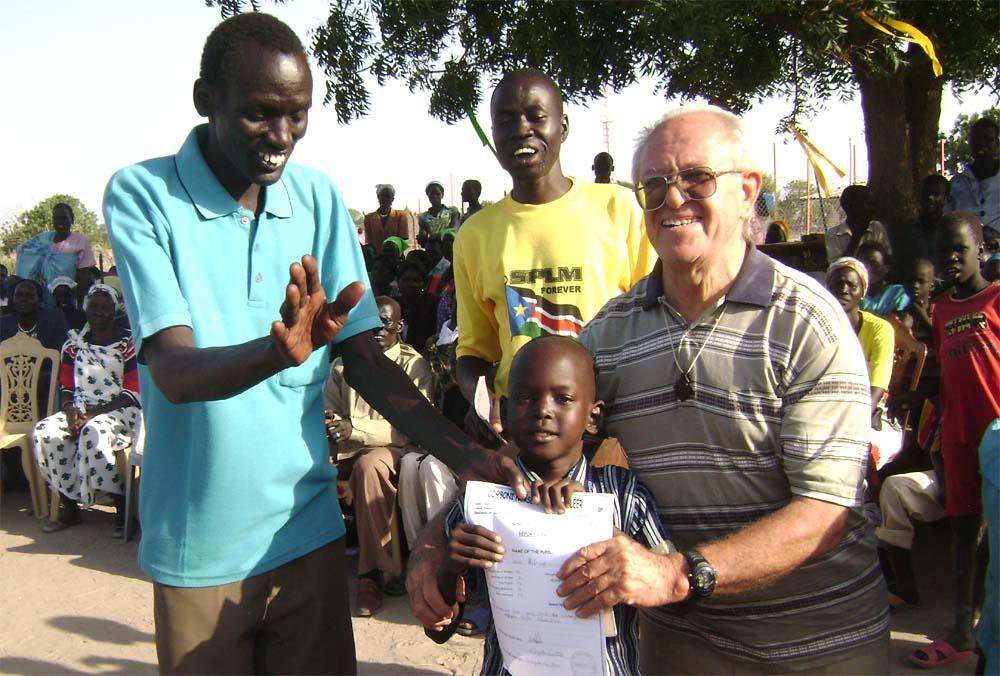 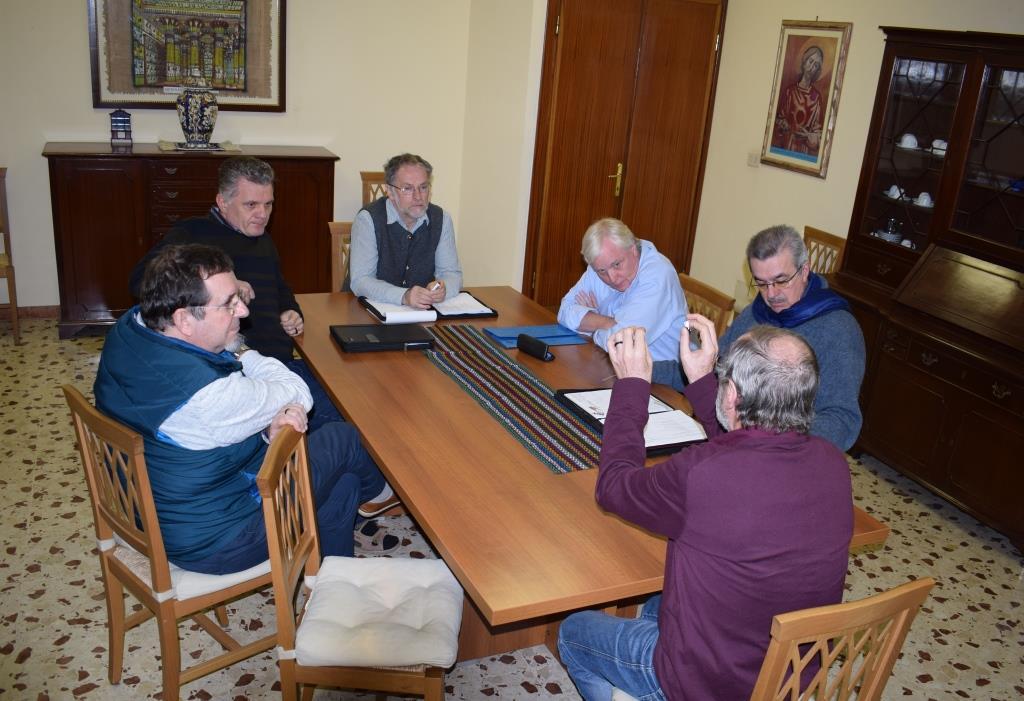 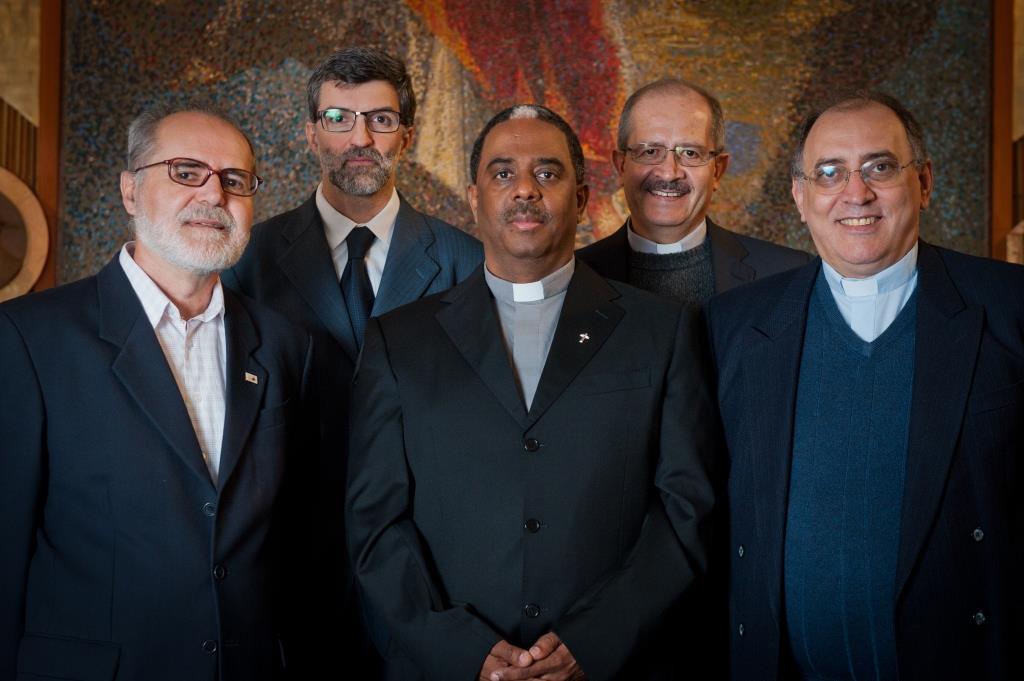 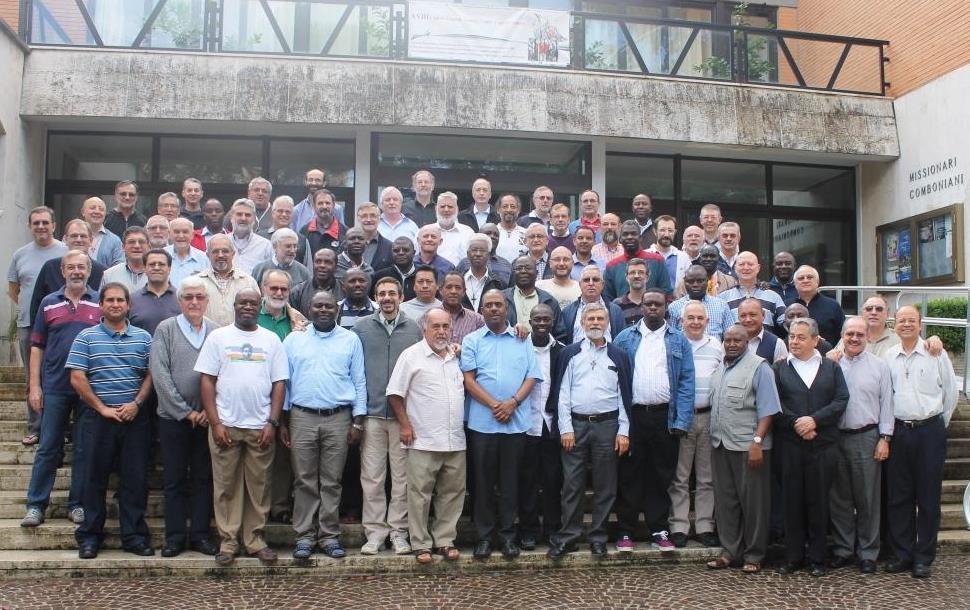 Friday, May 29, 2015
This ‘Open Letter’ is directed specifically to the ‘Pre-Capitular Commission’ – writes Fr. Francesco Chemello – as a topic to be reflected and kept into consideration in relationship to ‘first evangelization’ in our Comboni Missionary Institute. But it is ‘Open’ also to every confrere for reflection and discussion on a theme which does not seem to be ‘a Comboni missionary’ topic, neither a challenge for us, (probably only a Taboo) in the practical field of mission nor in the academic field of reflection.

I am sure that our confreres doing evangelisation in a town situation, slams, youth, and hospitals, this issue is a crucial one. In those places and areas, anyway, they may have other well prepared lay Christian personnel or religious congregations, especially of Sisters, that can deal properly about this issue, and therefore, think that it is not part of their mission but of that of others.

But, if the issue is there, why is it ‘ignored’ in our reflection and official documents?

This is precisely the reason of the ‘Open Letter’ and I hope that many confreres may give their comments and contribution to the reflection, especially to the ‘Pre-Capitular Commission’. Is this not one of the  “new outskirts of society” where to bring Jesus’ joy for us Combonis?

AN OPEN LETTER TO THE XVIII GENERAL CHAPTER

TO THE VALUE OF LIFE SINCE ITS BEGINNING

The year 2013, while reflecting on the “Ratio Missionis” and the many challenges involved, many important issues passed through my eyes, and many challenges too regarding old and present evils, like various types of slaveries and abuses to human life, which were already there at the time of our Founder St. Daniel Comboni and, since his time, not only they multiplied in number but also in new forms. Then, of course, the type of mission proper to us MCCJ in a globalized and de-Christianised world with all its relativism. Finally the issue of “Ad Gentes or Inter Gentes”, In Africa, in Asia, in Europe and America.

While reading and reflecting, I realized that there was an issue which was never tackled as a challenge and it was precise this one:

“IN OUR FIRST EVANGELIZATION how do we tackle the issue of Formation of Consciences to the Value of Life since its beginning, in front of a widespread ‘ABOTIONIST SOCIETY’ ?”

Surely this is not a “Comboni issue”, I told myself! Our Founder St. Daniel Comboni never tackled this issue, he had many more relevant issues to tackle like that of how to survive inside Africa, the proclamation of the Gospel, slavery, paganism, oppression of the Africans, “Save Africa with Africans” and a strong spirituality capable to give meaning and support to all these undertakings.

This was completely true, but it was also true that, at his own time, “Life since its beginning was not threaten”, everybody, African people and non, believers and non-believers, atheists and even the slave traders, all of them had a deep sense and respect for human life at its birth and nobody would question it or engage in abortionist practices. But now, in our present times, this issue is a burning issue already put in evidence 20 years ago by “Evangelium Vitae”[1] 1995,  No. 3, 4, 13, 17 and taken up again with strength by our present Pope FRANCIS in Evangelii Gaudium and in his homilies.

I then went through the documents of our last chapter and relevant letters of the Superior General and his Council and also the Joint Letters with the Comboni Sisters (who still have a good number of sisters in the field of health care and work side by side with secular NGOs). I could not find anything on this issue, except that, in the last chapter, among “Other Documents”[2] of Justice and Peace, is reported that Dr. Walley of MCI - Matercare International[3] was invited to share and give an input on this issue, but all ended there. Was it an “irrelevant passing issue for us”, since the Chapter documents never took it up?

My conclusion was, if that was not a “Comboni Issue” at the time of Comboni, it is quite a relevant issue in our time, why is it not felt as such? Why are we not touched at all when other societies make this issue the very reason of their existence? Is that we are not specialized in this field? Yes! This is it!  Surely our specialization is in other fields, but not in this one!

But if this is the case, what type of “First Evangelization” are we carrying out? If it is a “good message” who has the power of changing the lives of the people, then it must touch their consciences, if it does not, then the message is irrelevant, useless. Many can say: “Africa and many of the southern countries in the world appreciate life” and, therefore, we do not need to take care of this issue!”

That Africa and the other places mentioned appreciate life is true, thanks to God, but there is a full range of abortionist companies who are throwing billions into this issue in order to change the conscience of people according to their profitable way in Africa and the other parts of the world, and make big business out of destruction of life in a relativistic way. They are so well prepared and professional in this field to convince people that this is “a need and a right to be upholded” in society and legislations should be introduced in every country. This is precisely the reason why the issue is urgent and, unfortunately, “We are not specialized in this field.”

It is out of common sense and of direct experience to say that a bad seed will give bad fruits, and a good one good fruits, and that, when a tree is crooked/twisted when it is small, it is quite difficult to make it “straight” later on. So the issue is sensitive to Evangelisation/Good News.

“IN OUR FIRST EVANGELIZATION HOW DO WE TACKLE THE ISSUE OF FORMATION OF CONSCIENCES TO THE VALUE OF LIFE SINCE ITS BEGINNING, in front of a widespread “ABORTIONIST SOCIETY ?”

This is the reasons why this issue, in my opinion, cannot be disregarded in our present time, if we really want to be “Well Prepared Missionaries for First Evangelization”, because “First Evangelisation” has to deal with “the seed we plant” and with what makes the life of a person “Meaningful and joyful” since its start. There cannot be “Good News” if the seed is not good and if we do not open (enlighten) the consciences of the people we evangelise on the “evil tricks” of our present society at this stage of life, especially the Young People.

When a mentality of abuse, “as a normal way of life”, is there since the beginning of life, it will bear the fruits in all other type of abuses in the grown up life, just because the conscience is led to think that “there is no problem” and all other factors, profit, interest, pressure, timidity, incapacity of standing up for human values, will come out later on in the life of people and society as a consequence. “If we evangelizers sleep”, the opposite side “does not sleep at all ! ”

We Comboni Missionaries have many prophetic undertakings which, as it was with our founder, St. Daniel Comboni, keep us on the “front line”, but we cannot be in the front line without taking care and noticing that, in this field, the society and the world have completely changed and in this issue, may be, we find ourselves still living in the “former world”, without this issue. We may be taken up very much and with passion for the “Abolition of Death Penalty”, a true human right issue, though the cases may be a few thousand (many more cases, instead, are the extrajudicial execution done regularly), but we may just bypass the premeditated “Death Penalty and Execution”, by law, of more than one billion (1.000.000.000) aborted children[4] in less than 70 years of world history, with all its previous preparation and follow ups (Planned Artificial Contraception methods, Abortion and Sterilization).

I would be very happy indeed to see this point really tackled in the coming Chapter, adding to “Evangelium Vitae” also “Evangelii Gaudium”[5] of Pope Francis  and his homilies on the topic, since the main theme of the Chapter bear his taste “COMBONI MISSIONARIES DISCIPLES: CALLED TO LIVE THE JOY OF THE GOSPEL IN TODAY’S WORLD.”  A joy also and especially for those without voice, who are the most poor and abandoned. Finally, I would like to state again the main topic and leave to each one of us, and to the XVIII Chapter, (through the Pre-Capitular Commission) five questions for reflection.

“IN OUR FIRST EVANGELIZATION HOW DO WE TACKLE THE ISSUE OF FORMATION OF CONSCIENCES TO THE VALUE OF LIFE SINCE ITS BEGINNING, in front of a widespread “ABORTIONIST SOCIETY ?”

[2] In fact it is among the “Other Documents” of JPIC that the only reference to the Encyclical Letter of Pope John Paul II is found and that is in the presentation of Dr R. L. Walley of Matercare, when he says: “MCI aims to be a prophetic witness by reflecting on the Gospel values of Life and Love as presented to us in the late Holy Father’s Encyclical, Evangelium Vitae, and most recently in the present Holy Father’s first Encyclical Deus Caritas Est.”