Africa: Journalists are a target 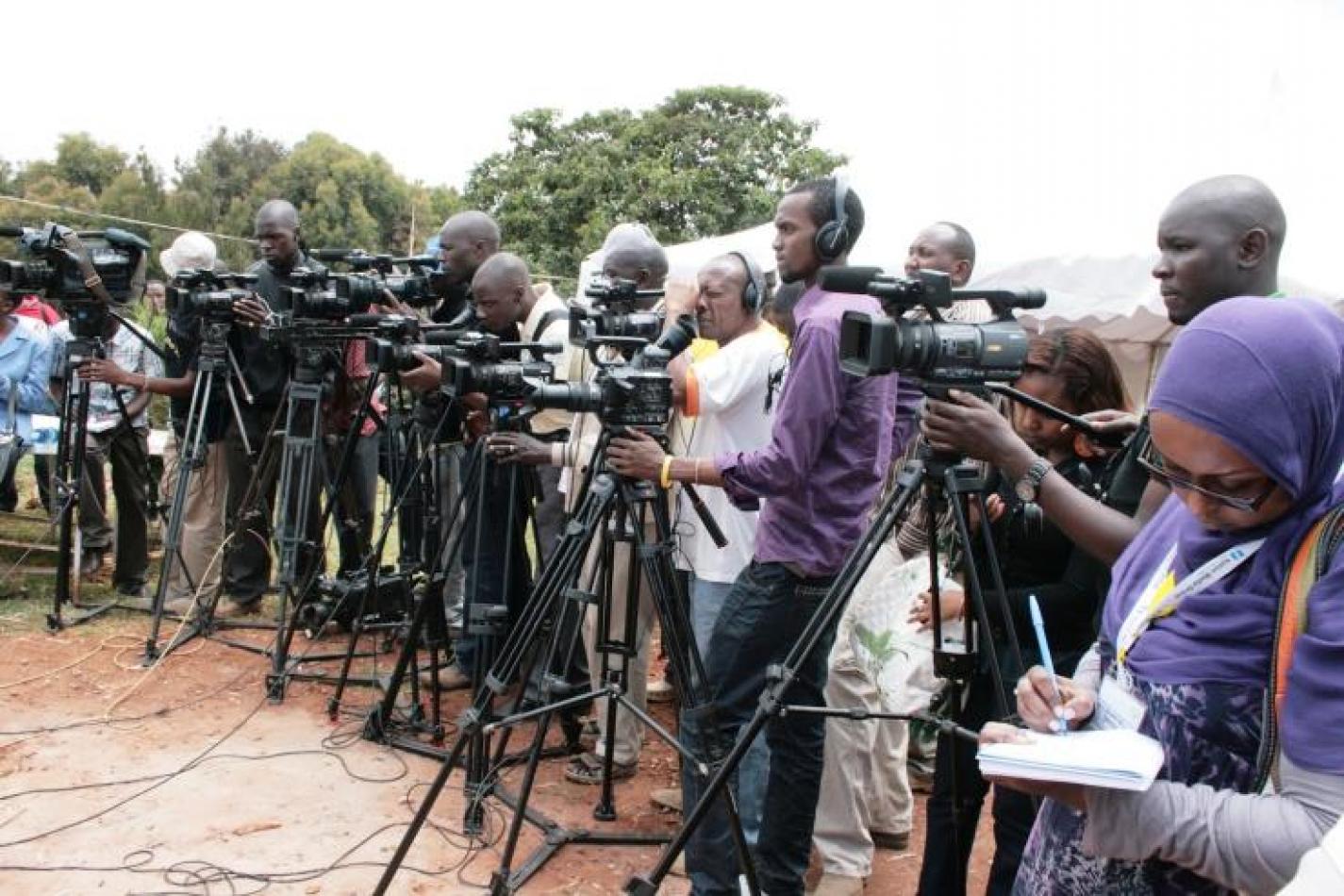 Monday, May 13, 2019
Every year, May 3rd is a date which celebrates the fundamental principles of press freedom; to evaluate press freedom around the world, to defend the media from attacks on their independence and to pay tribute to journalists who have lost their lives in the exercise of their profession. We look at Africa.

A man is assassinated. A Ghanaian journalist. A troublesome journalist. How do we describe the working conditions of investigative journalists in Africa countries, what are they working on, with what means and with what results?  The answer is, above all, that there are many of them and they are doing an excellent job. Thanks to them many dark and shameful deeds have come to light. They are men and women who have reported and are still reporting on civil wars and genocides, abuses and violations of human rights, governments of institutionalised theft and the background to coups.

We begin with the man who was assassinated. It happened last January. His name was Ahmed Hussein-Suale and he had been working on very sensitive enquiries. One of them was corruption in the world of football which led – among other things – to the exposure of the president of the Ghana Football Association, Kwesi Nyantakyi. The thirty two-year-old journalist was the right-hand man of Anas Aremeyaw Anas, the best-known investigating journalist in sub-Saharan Africa, working under cover for years. Corroborated by video films showing the corruption of Ghana High Court judges, his work stirred up a storm. About twenty of the judges were accused of taking bribes, others were sacked.

Anas heads the Tiger Eye private investigation. Their investigations were broadcast by the BBC, CNN, Al-Jazeera and many other foreign channels. In this way, they not only informed the international public on the misdeeds taking place in the continent but also demonstrated that there are trustworthy local professionals, capable of making their presence felt in the field, reporting on ‘African questions’.

Being a journalist can be a dangerous occupation. Hussein-Suale is the latest in a long list. In the period from 1992 until today, 166 journalists have been killed in sub-Saharan African countries (data provided by the CPJ – the Commission for the Protection of Journalists). Somalia, Rwanda, Sierra Leone, Angola… contributed most to the bloodshed. Some were working for the international media, others for local TV, radio and newspapers. There are some women among them. We must add to the list the unknown number of journalists killed in prison.

For 98% of the victims – assassinated or killed in attacks, war or guerrilla operations – there has been no justice. The crimes have gone unpunished. There are also other ways of keeping journalists quiet: self-censoring, paying for their silence, denying publicity in newspapers or threatening reprisals, and so prevent the profession being developed. Yet, in recent years, there have been some training initiatives and schools for specialisations in many countries, while the number of students following courses in journalism at university is increasing.

There are also organisations whose purpose is to support journalists – they sometimes even cover investigating expenses – but above all else, to create a sharing network. This applies to the AIPC (African Investigating and Publishing Collective). It has 24 journalists, one of whom is a woman, the twenty five year-old Somalian, Muno Mohamed Geedi, who has investigated female genital mutilation inflicted on young girls in her country, the sale of humanitarian supplies in refugee camps and the al-Shabaab movement.

Most prominent of all is Panama Papers, a meticulous research that produced a huge amount of documentation showing how African politicians, administrators, and leaders have plundered the resources and funds of their countries, moving money to secure off-shore havens. The work involved a team of investigative journalists in seven countries of the continent and also the work of Africa Uncensored, established in Kenya by the best Kenyan reporters. There were also enquiries that opened up the cracks in the war on terrorism, as it is fought, and which led to a worsening of the situation in Kenya and Mali. Or on how human trafficking works in Nigeria.

One of these is the case of Nigerian Idris Akibajo and the local publication ‘Premium Times’ which shed light on the mechanisms of appropriation of the oil reserves of the country by powerful Nigerians (starting with the former dictator Sani Abacha) and their concessions to the multinationals ENI and Shell – on payment of bribes, as shown by successive enquiries regarding the famous Opl-245 license.

Neither must we forget Ken Saro-Wiwa, who was not only a poet and activist, a writer and TV producer who was hanged in 1995 for having repeatedly denounced what the government nor were the multinationals doing in the Niger delta to the detriment, not only of the environment but also of the local people, the Ogoni. Or the great Kenyan photo-journalist, Mo Amin, who showed the world the great Ethiopian famine in the eighties; or the genocide in Rwanda in 1994, the first photos of which were diffused in Africa by a Ugandan reporter, Sheila Kawamara; or the Angolan journalist, Rafael Marques de Morais, whose continual condemning of corruption and the violation of human rights cost him his job and landed him in prison. Also worthy of note is his work on the mining of diamonds which culminated in the ‘Blood-soaked Diamonds enquiry: corruption, torture in Angola’ (2011). Two years of research that also showed the involvement of foreign companies. On a different front, we find the excellent enquiries of Senegalese Sorious Samura whose notable works include an enquiry on homosexuality in Africa.
[Antonella  Sinopoli - Comboni Missionaries]