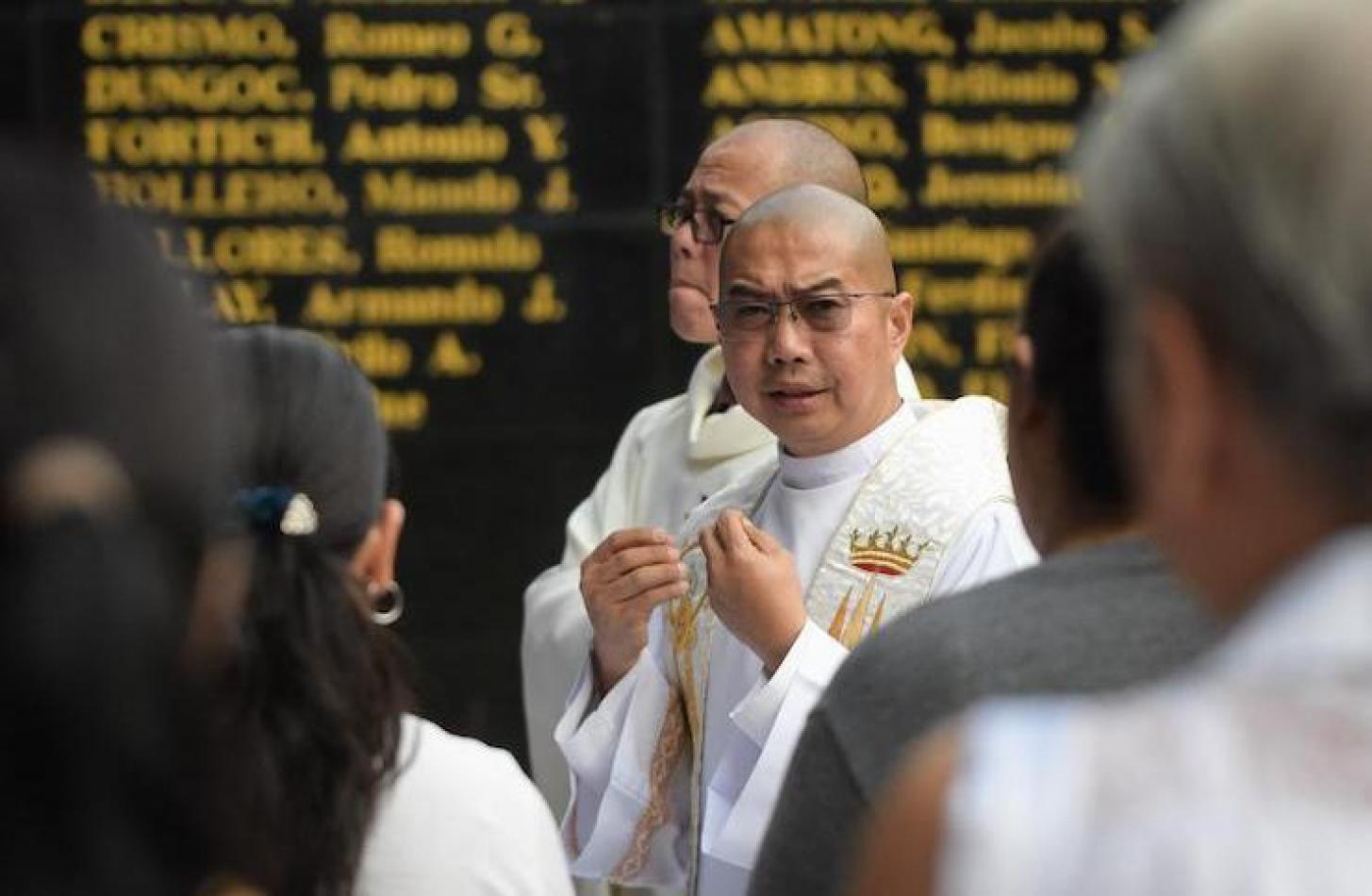 Saturday, June 1, 2019
In the Philippines, where admission to having a history of drug addiction can mean a bullet in the head rather than a stay in a rehabilitation centre, drug dependants have chosen silence. For Father Flaviano Villanueva, however, his past has become a narrative that keeps him going in his mission to serve.

In 1995, before he entered the priesthood, he hit rock bottom after a ‘short period’ of substance abuse. It became a new beginning, he said. “The catalyst need not always be the bright side of things,” he continued. For him, it was when he realised that his drug taking was getting the best of him as a person. He said his relationships were then crumbling. “Nothing was going well for me. I felt that there was more to life than sex, drugs, and rock ‘n’ roll,” he pointed out.

The moment of discernment prompted the future missionary priest to look for the meaning of life far from what he was used to. “I told myself that I would go cold turkey, but if it didn’t work then I would subject myself to professional help,” he said. Eventually, however, it worked for him with God’s grace. He decided to leave his home in the Philippine capital and went to the provinces where he worked as a lay missionary.

In the middle of the ‘realities of life’ in the villages, Fr Villanueva found himself at a crossroads where he opted to enter the seminary. In 2006, the former drug addict became a priest. After ten years as a missionary priest he established a centre in 2015 to help Manila’s street dwellers.

The ‘St Arnold Janssen Kalinga Centre’ became his way of responding and providing something more concrete and better to alleviate the lives of the poor. The centre aims to recreate and empower lives by offering food and a clean shower to the homeless.

“The second phase is about reclaiming their self-respect,” said Fr Villanueva, adding that the centres ‘clients’ are given the opportunity to study. This phase, he said, is offering a livelihood and employment “to help restore their self-worth”.

“As one goes through this process, one is able to realise that there is life beyond the streets,” explained the priest. Fr Villanueva recalled a story, one of many that he has encountered in his work.

One Sunday, a person approached the priest after Mass and handed him a card. The priest politely refused, thinking that the man was trying to sell him something. “Father, I’m not here to sell you anything,” said the man.

“I’m just giving you my calling card to let you know that I was here for six months, following, falling in line, eating and taking a bath, listening to you. Now I’m an assistant supervisor. This is my card to prove that I am already employed, and I am here to thank you.” Not all visits to the centre, however, are as pleasant as that of the grateful man.

Earlier this year, the centre’s security cameras caught a masked man casing out the area and trying to get into the priest’s office. . The incident happened days after Fr Villanueva received phone calls threatening his life. It was also not the first time he had “visitations” by unidentified men.

The priest traced the threats back to 2016 when he sponsored a forum on the drug-related killings following President Rodrigo Duterte’s declaration of war against narcotics. Human rights groups claim that more 20,000 suspected drug users and small-time dealers have been killed in the anti-illegal drugs campaign.

“There were some government people who came to us and told us that we should have not done it,”” said Fr Villanueva, referring to opening the centre. Instead of remaining silent, the priest became more active in helping the poor through his Paghilom, literally ‘healing’, programme. “I cannot close my eyes and leave the widows and orphans of drug war victims uncared for,” he said.

Fr Villanueva’s, and many other Church leaders, attempts to help the poor, however, seems to have touched an open wound in the Duterte administration. The president has slammed church leaders with obscenities and words that, whether he means it or not, seem to have become policy.

Despite the threats, Fr Villanueva continues to stand firm by his mission. “I have a promised duty and responsibility. I cannot remain preaching at the pulpit – he said –. I am also being called to wash my feet just like how Christ washed the dirty feet of his disciples. This is what I have vowed to do.”

He said death threats will not stop him serving the poor, nor will it close the doors on second chances that he offers to drug addicts and their families. “It comes from my own experience of my God – he said -. I know how my God has been compassionate and understanding, how my God has been so forgiving, and how he has blessed me with the gift of priesthood.”

He added that he could do no less that become a “wounded healer to the wounded around me”.
(Marielle Lucenio Comboni Missionaries)