Pan-Amazon Synod: valuing the role of the laity and “discussing the possibility of diaconal ordination for women” 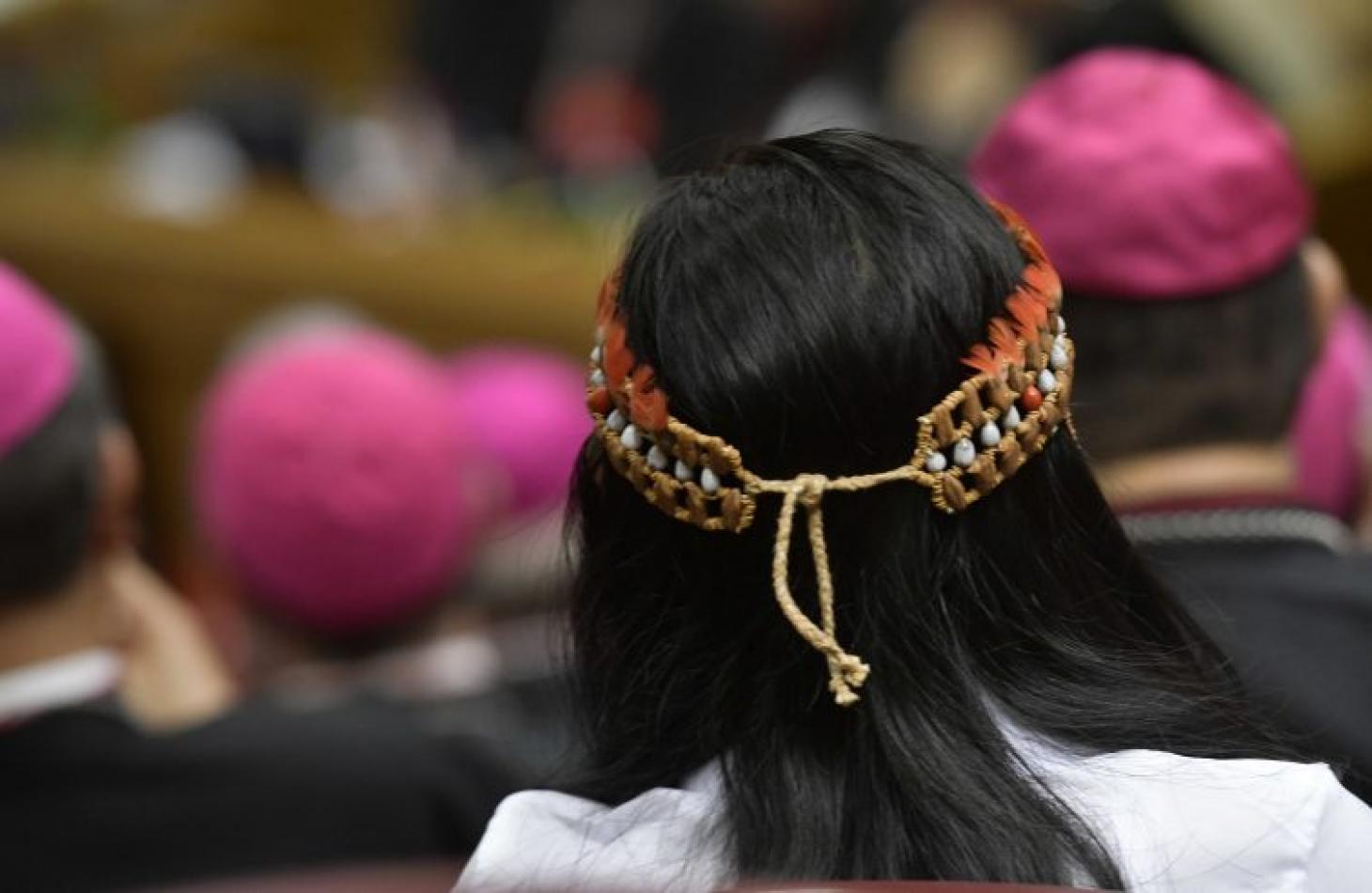 Monday, October 14, 2019
The third General Congregation of the Synod for the Pan-Amazon region saw the participation of 183 Synod Fathers in the presence of the Pope. Proposals include: the promotion of the laity and diaconal ordination for women.

“Consider the possibility of diaconal ordination for women, so as to enhance their ecclesial vocation.” This was one of the proposals put forward during the third General Congregation of the Synod for the Pan-Amazon region, attended by 183 Synod Fathers in the presence of Pope Francis. “Faced with the urgent need for ministers for the evangelization of the Amazon – writes Vatican news reporting on the interventions in the Synod Hall – greater recognition must be given to consecrated life, coupled by a strong promotion of indigenous vocations, together with the possibility of choosing ministers authorised to celebrate the Eucharist or of ordaining permanent deacons who, as a group, accompanied by pastors, may administer the Sacraments.”

The Synod reflections focused on the importance of a Church of communion “with a greater involvement of the laity, so that their contribution may support the work of the Church.”

“In fact, the complexity of present-day life requires specific skills and knowledge which priests cannot always provide all the answers to. For this reason, faced with the numerous challenges of our time – including secularism, religious indifference, and the staggering proliferation of Pentecostal churches – the Church must learn to consult and listen more closely to the voice of the laity.”

“The request for new ministries arises in communities, especially because of the risk of first- and second-rate Catholics: those who can participate in the Eucharist and those who cannot.” Paolo Ruffini, Prefect of the Dicastery for Communication of the Holy See, mentioned the theme of “viri probati” during today’s briefing in the Vatican press room. Environmental degradation is also a major theme in the opening of the Synod: “The destruction of nature is contrary to the Christian faith and it calls upon everyone to be responsible for a new understanding of development and progress,” said Ruffini, pointing out that many Fathers recalled the need, in connection with environmental degradation, “to not only consider the Amazon, but also the way in which the extractive industries in Amazonia are connected to the individual countries where they are registered.”

“Even the Church is a complex ecosystem”, said the Synod Fathers, who underlined “the risk of a deforestation of Catholic culture.”

Synod Fathers highlighted the importance of listening to indigenous peoples, “also to heal the wounds of the past” and “overcome all forms of colonialism.”

“I have never heard of the practice of infanticide among indigenous peoples. Those who make such claims must produce substantiated evidence, to say the least”, said Card. Pedro Ricardo Barreto Jimeno, Archbishop of Huancayo, Peru, REPAM Vice-President, answering a question from journalists. “Jesus teaches to protect human life”, His Eminence pointed out: “every human life is sacred. If someone claims that these practices are possible, they are disowning the message of the Gospel.” “Not everything is a bed of roses with indigenous peoples,” Barreto pointed out: “to speak of ‘original purity’ means not knowing human nature. We must however recognize their ancestral wisdom: they have enriched this biome that we are using.” “Not all native populations are perfect, some have practices that are incompatible with international conventions and human rights,” said Victoria Lucia Tauli-Corpuz, UN Special Rapporteur on the Rights of Indigenous Peoples, who referred to the UN Declaration on the subject, “stating that governments must respect the rights of indigenous peoples, while indigenous peoples have an obligation to ensure that their traditions respect the standards of international rights.”

“We still have time, but that time is now”. This metaphor was chosen by Moema Maria Marques de Miranda, Franciscan laywoman, Councilor of REPAM and of “Churches and Mining,” to highlight the urgent need to address the environmental crisis that seriously risks undermining the future of our planet.

“No one has experienced the prospect of the end of life on our planet more than the present generation”, argued the anthropologist, for whom “understanding the emergency of the environmental crisis brings together different cultures that must intersect and identify their common ground.” “The smoke from the Brazilian Amazon rainforest fires reached São Paulo and darkened the sky: ‘everything is connected’, as we read in Laudato si’. It is not a poetic image, it is the image of how our planet Earth works.” For Marques, there are two “great projects” presently conflicting with in each in the area of ecology: “The predatory project, driven by the greed for profit, typical of the extractive industries, and the sustainable plural project of peoples who have learned to co-exist with the forest for millennia.” “No one can build bridges in the midst of an abyss”, the rapporteur argued: “The Church wants to stand by the poor, it is the choice of the Synod. It is no coincidence that Greta and the Pope from the end of the Earth are voices of a form of life in harmony with the environment.”
[Marco Calvarese – SIR]