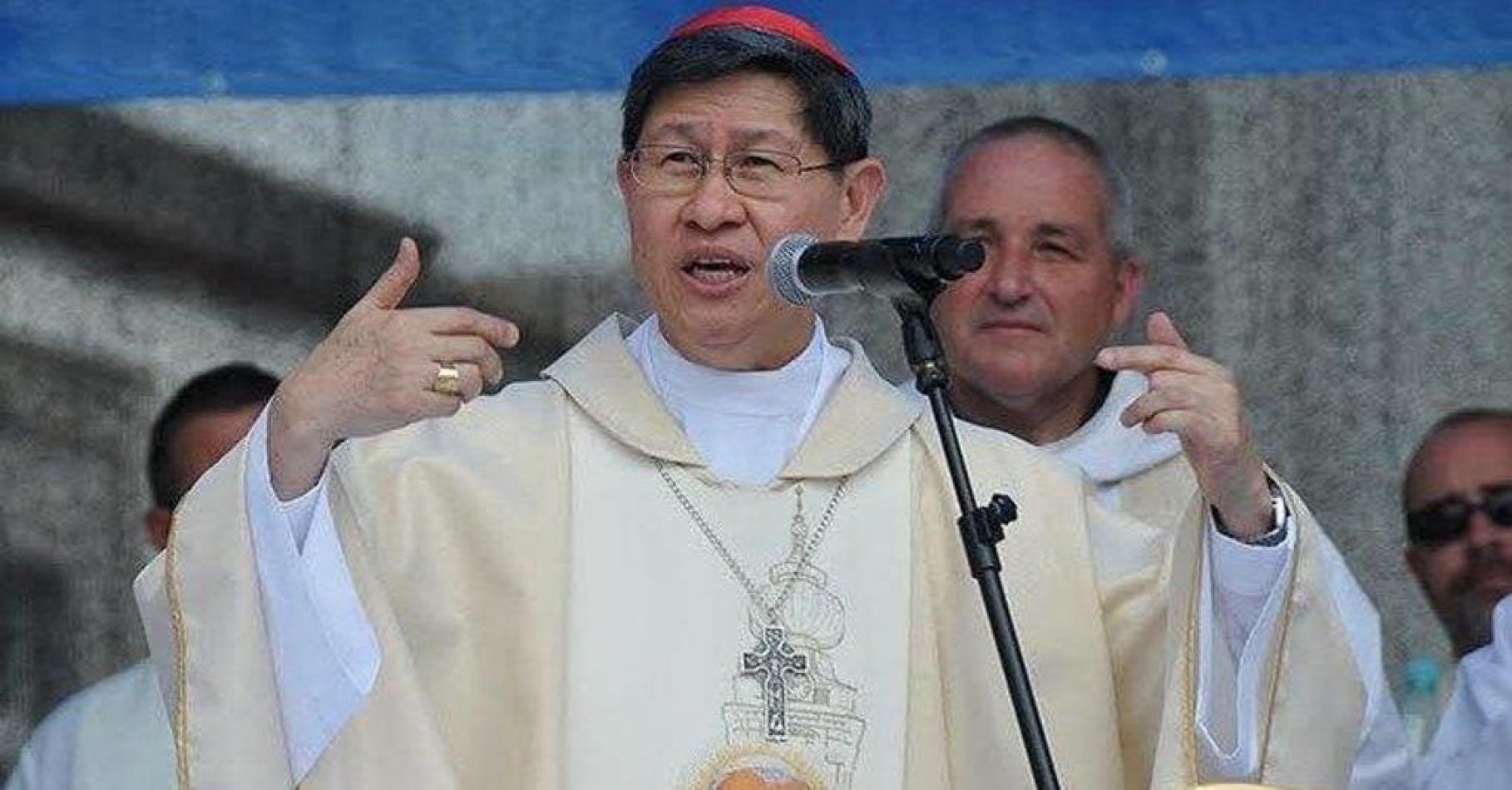 Sunday, December 8, 2019
Cardinal Luis Antonio Tagle of Manila has been appointed the new prefect of the Congregation for the Evangelization of Peoples, the Vatican announced on Dec. 8. The 62-year-old Philippine prelate is only the second Asian to lead the congregation, popularly known by its old name of Propaganda Fide, which is responsible for evangelization and the nomination of Catholic bishops in Asia, Africa and Oceania.

Cardinal Tagle's appointment makes him one of only nine members of the powerful Roman Curia, or the Cabinet of the Holy Father, in the Vatican. For the past four years, Cardinal Tagle has been chairman of the Episcopal Commission for the Pontificio Collegio Filippino of the Catholic Bishops' Conference of the Philippines.

The Collegio Filippino — a college for diocesan priests from the Philippines studying at pontifical universities in Rome — and the Friends of the Collegio worldwide thanked Pope Francis for the appointment. "In this Advent Season, as we await the coming of Baby Jesus, we pray through the intercession of Mama Mary and St. Joseph that God continues to shower our dear Pope Francis and Cardinal Tagle with his heavenly blessings in this appointment and transfer to the Vatican," the groups said in a statement.

The cardinal, who was born on June 21, 1957, was ordained a priest in 1982 after studying philosophy and theology at Ateneo De Manila University’s San Jose Major Seminary.

He later studied in the United States, where he obtained his doctorate in theology with a thesis on the evolution of the notion of episcopal collegiality since the Second Vatican Council.

In 1997, he joined the International Theological Commission in Rome. He was named bishop of the Diocese of Imus in the Philippines by St. John Paul II in October 2001. In 2011, he was appointed metropolitan archbishop of Manila. In November 2012, during the last consistory of the pontificate of Pope Benedict XVI, he received a cardinal's red hat. Cardinal Tagle is president of Caritas Internationalis and the Catholic Biblical Federation.

He participated in the 1998, 2005, 2008 and 2012 synods at the Vatican. In 2014, he was one of the three presidents of the Extraordinary Synod of Bishops on the Family. He is the second Filipino to become prefect of a dicastery following the late Cardinal Jose Tomas Sanchez, who served as prefect of the Congregation for the Clergy from 1991 until 1996.

Cardinal Tagle succeeds Cardinal Fernando Filoni, who has been appointed grand master of the Order of the Holy Sepulcher of Jerusalem.
Joe Torres, Manila
Philippines