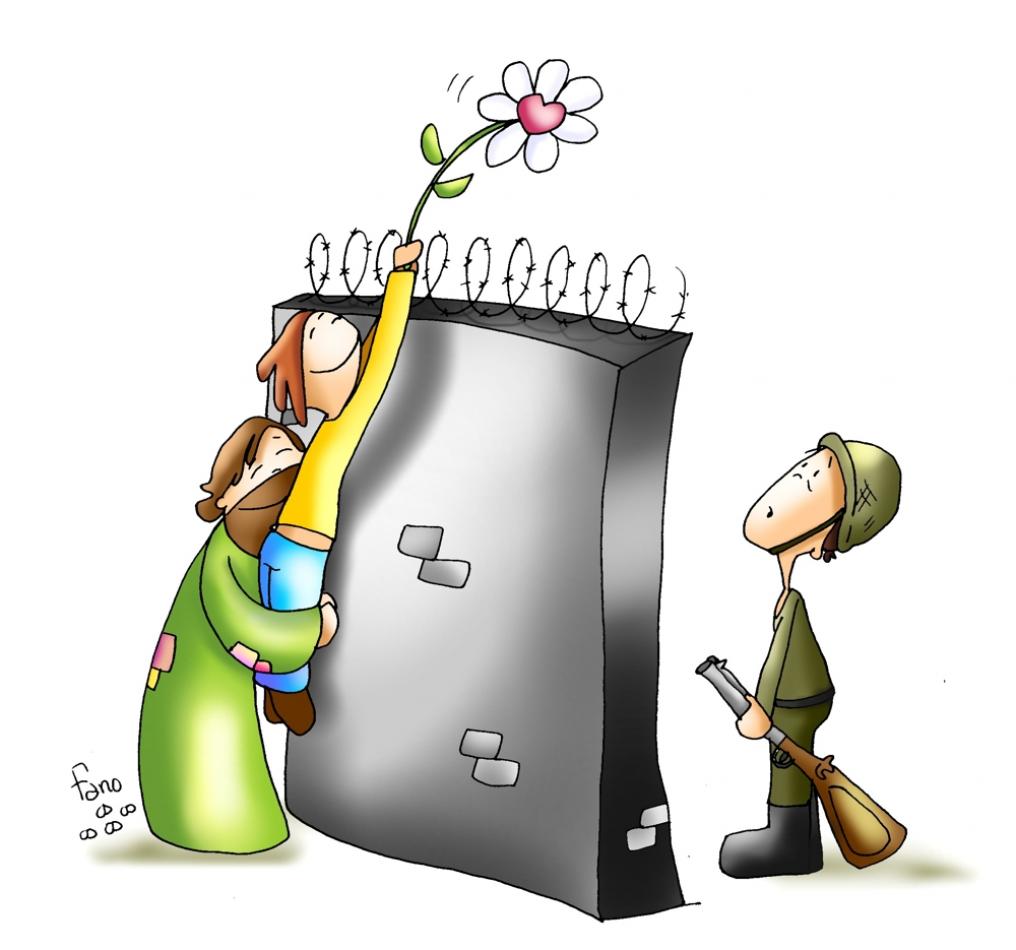 We listened to last Sunday’s interpretation of Jesus about four texts of the Torah of Israel. Today, it presents that which is related to the other two. The first concerns the new way to get justice. We all agree that evil must be resisted and contained. But how? (...) 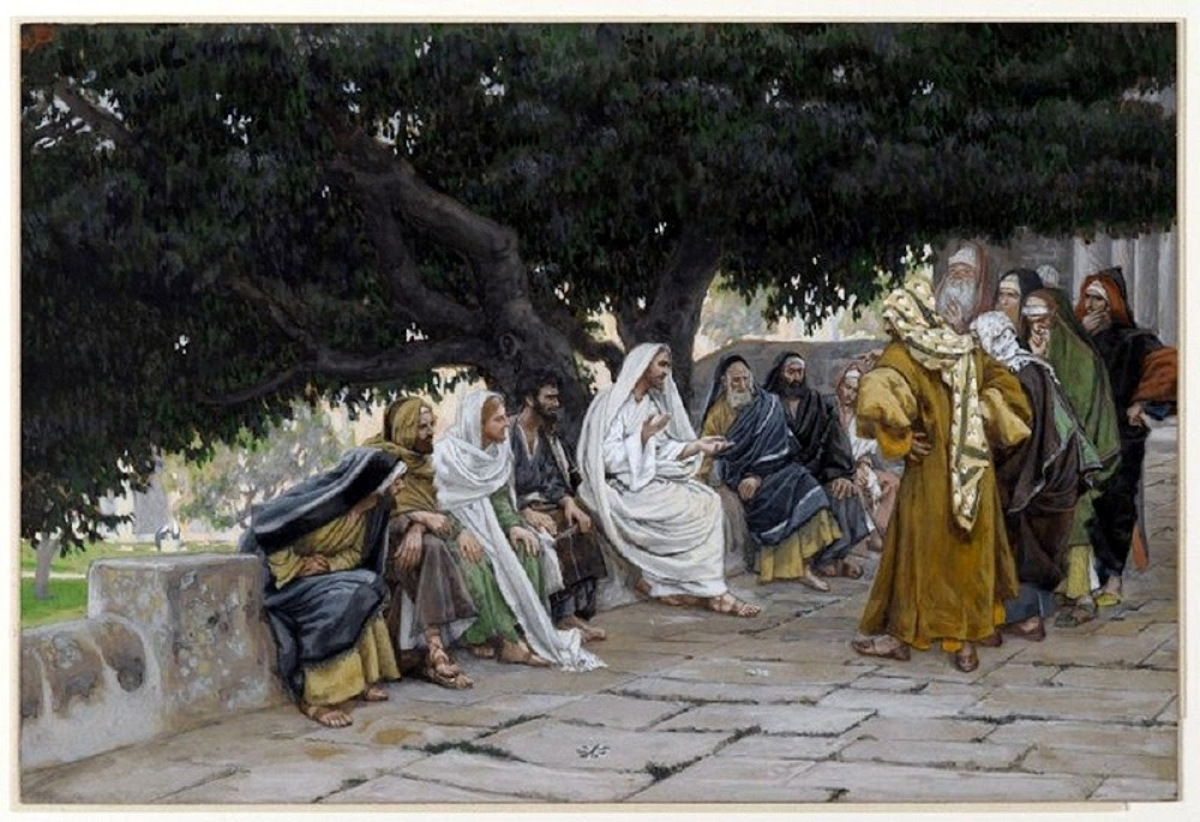 We listened to last Sunday’s interpretation of Jesus about four texts of the Torah of Israel. Today, it presents that which is related to the other two. The first concerns the new way to get justice. We all agree that evil must be resisted and contained. But how?

In an archaic society where there was no state power capable of maintaining order, people easily resorted to revenge, retaliation without limits. The one who did wrong, once discovered, was subjected to exemplary punishments, to severe and cruel public punishments as to deter anyone else from committing similar mistakes. Retaliation served as a deterrent, but it was a barbaric way of doing justice.

Lamech, Cain‘s descendant, protected himself by instilling terror: “I killed a man for wounding me and a boy for striking me. If Cain will be avenged seven times, then Lamech seventy-seven times” (Gen 4:23-24).

This is perhaps the most misrepresented law of legal history. It is cited, for example, when, after receiving a snub, one is repaid with the same. “An eye for an eye, a tooth for a tooth” is equivalent, in such cases, to the refusal to have compassion or to grant clemency to the guilty. In reality, the arrangement had a completely different meaning: exemplary punishments and reprisals were forbidden. Everyone had to pay for the fault committed, not for all the evil in the world.

Properly understood, it remains valid today. If practiced, it guarantees fairness in judgments. Jesus does not consider it lapsed. He aims to go beyond this strict justice and calls to address the problem in another way (vv. 38-42).

The rabbis of his time taught: “Be killed, but do not kill,” but added immediately: but if someone attacks you and wants to take your life, do not think, do not say to yourself: maybe I’ll be guilty of his blood; kill him first before he kills you!

This interpretation of the rabbis did not raise objections. It conformed to human logic and could find justification also in the Torah.

Now here’s the surprise. Jesus does not accept it and he says to his disciples: “You do not have to resist evil!” Rather than doing violence to the brother, you have to be willing to suffer injustice (Mt 5:39). We are faced with unambiguous words, however, to avoid misunderstandings, he adds four examples taken from the people’s everyday life.

The first relates to physical violence: “If someone strikes you on the right cheek”… (v. 41).

When one receives a slap, if the attacker is not left-handed, one is struck on the left. Jesus speaks of the right because the violence suffered is greater: It is about the slap, an extremely serious offense, punishable by a fine of more than a month’s salary in Israel. Jesus does not recommend to the disciple to be better, milder in claims for damages. He demands a radically new behavior: “You offer also the other cheek.”

“Good, yes, but not stupid!” they won’t say. Of course, the words of Jesus must not be taken literally (this would be really silly). When he himself was slapped, he did not present the other cheek but complained (Jn 18:23). What he requires of the disciples is the inner disposition to accept injustice, to bear the humiliation, rather than to react doing harm to the brother.

The only way to break the evil cycle, offense-violence, is to forgive. If one reacts to violence with more violence, it not only eliminates the first injustice but adds another. This cycle can only be broken with an original gesture, which is absolutely new: forgiveness. All the rest is old, something already seen, repeated without pause since the beginning of humanity.

In Israel, men and women wore two garments: a tunic with long sleeves or short sleeves, worn on the naked body, and a wide cape (mantle). The mantle was wrapped around the body when it was cold and was taken off when doing a menial job. It also served as a blanket for the night for the poor. It is for this the Torah stated that it could not be seized (Ex 22:25-26).

Jesus offers an extreme case of injustice: a disciple is brought to court because he is asked to be deprived of the tunic. Clearly, all the other goods have already been removed. What must be done? Nothing but to show his total and unconditional refusal to enter into litigations and disputes. For this, he also gives the cloak, the last garment that remains. It could not be required as collateral. He is willing to stay naked, like his Master on the cross.

The third example is the abuse of power (v. 41)

It often happened that the Roman soldiers or some local squire bulldozed the poor peasants and forced them to act as guides or to carry loads. We have an example in the passion narrative: Simon of Cyrene was forced to carry the cross of Jesus (Mt 27:31).

The zealots, that is, the revolutionaries of that time, suggested rebellion and the use of violence to oppose such exactions. Epictetus urged caution: “If a soldier confiscates your ass, do not resist and do not complain, or you will be beaten and eventually you will need to deliver the animal.” Jesus does not make any consideration of this kind. He does not call for caution. He simply says to his disciples: “If anyone forces you to go one mile, go two.” It is not a rule of wisdom. It does not suggest a strategy to convert the aggressor. It does not even guarantee that such behavior will yield positive results in the short term. He asks the disciple that, without doing calculations, to keep the heart free from resentment and to refrain from any response that is not dictated by love.

The fourth case is that of a troublesome person who comes to ask for a loan (but it can also be an accommodation, an apartment to rent, a job, a favor or discount) perhaps as it often happens, without a minimum of discretion.

Jesus tells the disciple: “Give when asked and do not turn your back on anyone who wants to borrow from you” (v. 42). Do not pretend not to understand, do not make excuses, do not invent non-existent difficulty, do not try to unload the problem on others. If you can do something, just do it.

In the last (sixth) example Jesus refers to a twofold commandment: “Love your neighbor but hate your enemy” (vv. 43-48). The first is found in the Old Testament (Lev 19:18), but the latter is not. Jesus probably does not refer to a specific text of the Torah, but the mentality created in Israel from some biblical texts. Holy wars are at times spoken in sacred Scriptures (Dt 7:2; 20:16), feelings of vengeance appear (Ps 137:7-9), attachment to the Lord is manifested, but in a very archaic language: “Do you not hate, perhaps, your enemies, O Lord? I hate them with implacable hatred” (Ps 139:12-22). Expression of this hatred is the invitation the Essenes of Qumran extend to their followers: “Love all the children of light, but hate all the children of darkness, each according to his fault, in the vengeance of God.”

It is good to remember that there are other texts in the Bible in which they warn not to repay evil (Pro 24:29). It is recommended to love the enemy. “When you see the donkey of a man who hates you falling under its load, do not pass by but help him” (Ex 23:5). Appealing to them, some rabbis argued that the commandment: “Love your neighbor as yourself” (Lev 19:18) had to be extended to the enemy, but the common opinion restricted it to members of the Jewish people.

In this religious context, the dual commandment of Jesus sounds paradoxical: “Love your enemies and pray for those who persecute you.”

It is the pinnacle of Christian ethics. It is the requirement of the gratuitous and unconditional love that does not expect any return and that, like God’s, reaches even those who do evil.

Some sages of antiquity have proposed high morals: “Behave in such a way as to turn your enemies into friends” (Diogenes). “It is proper to man to love also those who persecute him” (Marcus Aurelius), but the imperative “Love your enemies” is an invention of Jesus.

The second command—pray—suggests the means to be able to practice love for “those who persecute us,” for those who make life impossible for us: prayer. It rises towards the sky, joined to the Lord, purifies the mind and heart from the thoughts and feelings dictated by the logic of this world and makes us see evil with the eyes of God, who has no enemies.

Jesus invites us to show ourselves his children. He asks the disciples to let shine in their behavior the character of our heavenly Father who makes his sun rise on the evil and on the good and sends rain on the just and on the unjust. The distinction between the good and the wicked and violence against those who oppose us, carried out in the name of God, are curses.

Two examples (vv. 46-47) confront the usual behavior of people with the novelty of life of those who have assimilated the thoughts, feelings, and deeds of the Father who is in heaven. The characteristic of the “children of God” is the love offered to those who do not deserve it, and the greetings addressed to those who behave as enemies. The greeting formula was: Shalom, wishes for peace and all good. The disciple wholeheartedly wishes the good even for those who hate him. He forgets the wrong done and commits himself to make this possible.

The conclusion points to the unattainable goal: “Be perfect as your heavenly Father is perfect” (v. 48).

The perfection of the Jew was the exact observance of the precepts of the Torah. For the Christian, it is the boundless love as that of the Father. Perfect is one who lacks nothing, who has integrity, whose heart is not divided between God and the idols. The availability to give everything, not keeping anything for oneself, to put themselves totally at the service of people—including the enemy—puts them in the footsteps of Christ. It leads to the perfection of the Father who gives his all and does not exclude anyone from his love.