4th Sunday of Lent – Year A 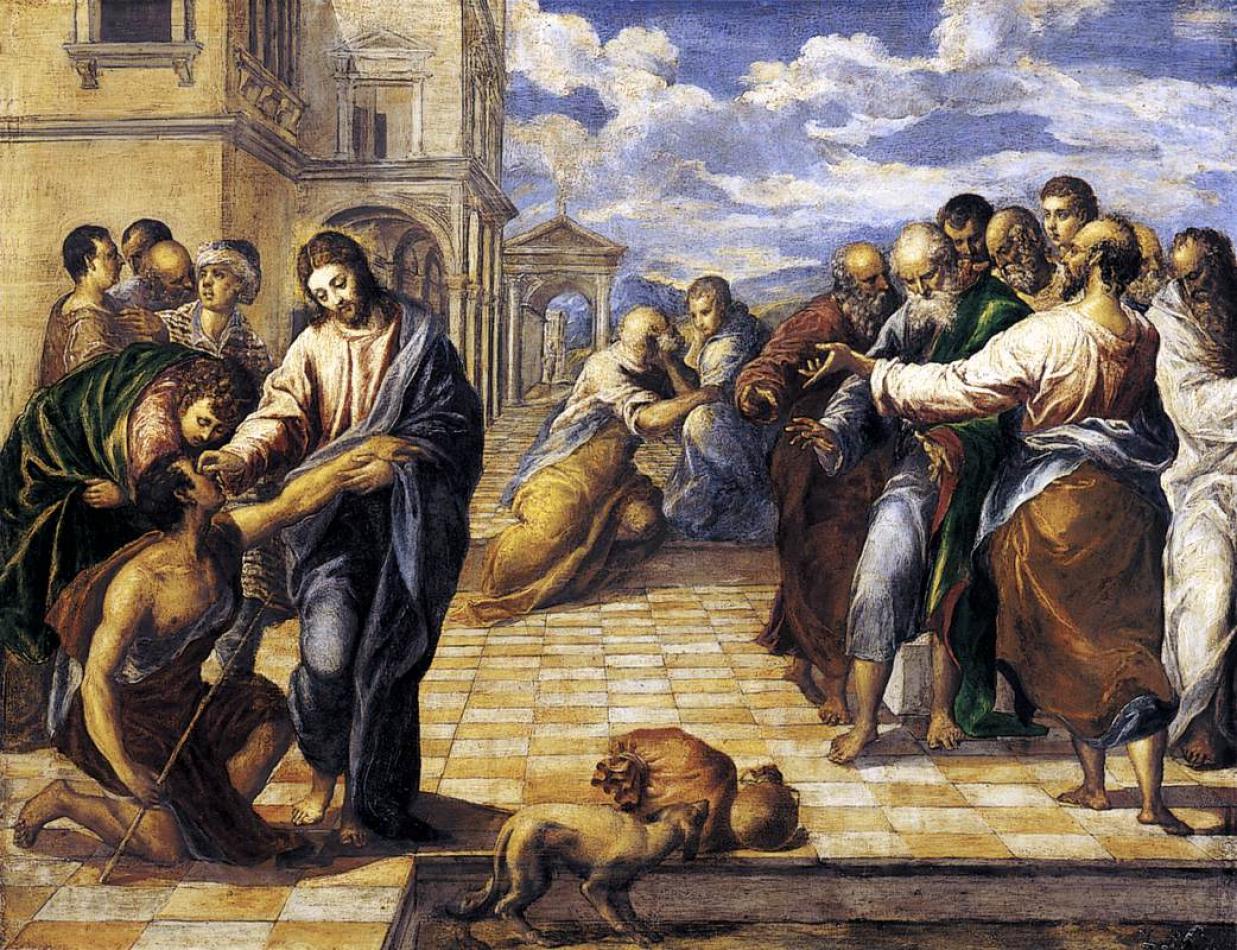 The healing of the man blind from birth hits close to home, because in a certain sense all of us are blind from birth. The very world was born blind. According to what science tells us today, during millions of years there was life on earth, but it was life in a blind state. The eye for seeing did not exist yet, sight itself did not exist. The eye, in its complexity and perfection, is one of the functions formed more slowly.

Opening the Eyes of Faith

The very world was born blind. According to what science tells us today, during millions of years there was life on earth, but it was life in a blind state. The eye for seeing did not exist yet, sight itself did not exist. The eye, in its complexity and perfection, is one of the functions formed more slowly.

This situation is reproduced in part in the life of every man. A child is born, though not precisely blind, at least incapable of distinguishing things clearly. Only after weeks he begins to focus. If the child could express what he experiences when he begins to see clearly the face of his mother, of people, of things, of colors — how many “oh’s” of awe would be heard! What a hymn to light and sight.

To see is a miracle, only we don’t pay attention to it because we are too accustomed to it and we take it for granted. It is here that God sometimes acts in a sudden and extraordinary way, aiming to take us out of drowsiness and make us alert. That is what he did with the healing of the man blind from birth and of other blind people in the Gospel.

But is this the only reason that Jesus healed the man blind from birth? There is another sense in which we were born blind. There are other eyes — besides the physical ones — that should open themselves to the world: the eyes of faith! They allow a glimpse of another world beyond that which we see with the eyes of the body: the world of God, of eternal life, the world of the Gospel, the world that does not end — not even with the end of the world.

This is what Jesus wanted to remind us of with the healing of the man blind from birth. Before anything else, he sent the young blind man to the pool of Siloam. With this, Jesus wanted to signify that these different eyes, those of faith, begin to open up in baptism, precisely when we receive the gift of faith. That’s why in ancient times baptism was also called “illumination,” and being baptized meant “having been illuminated.”

In our case, it’s not about believing generically in God, but believing in Christ. The Evangelist avails of the episode to show us how to arrive to a full and mature faith in the Son of God. The blind man’s recovery of his sight happens, in fact, at the same time that he discovers who Jesus is. In the beginning, for the blind man, Jesus is no more than a man. “The man called Jesus made clay …”

Later, he was asked, “What do you have to say about him, since he opened your eyes?” He responded, “He is a prophet.” He has taken a step forward; he has understood that Jesus is sent form God, which he speaks and acts in his name.

Finally, finding Jesus again, he exclaims, “I do believe Lord,” and he bows before him to worship him, thus openly recognizing him as his Lord and God.

In describing all of this with so much detail, it is as if John the Evangelist very discreetly invites us to ask ourselves the question: “And me? In what point am I on this path? Who is Jesus of Nazareth for me?”

That Jesus is a man, no one denies. That he is a prophet, one sent from God, is also admitted almost universally. Many stay at that point. But it is not enough. A Muslim, if he is coherent with what is found written in the Koran, also recognizes that Jesus is a prophet. But not for that is one considered a Christian.

The leap by which one passes to be a Christian in the true sense is when he proclaims, like the man blind from birth, that Jesus is “Lord” and adores him as God. Christian faith is not primarily to believe in something — that God exists, that there is something beyond — but to believe in someone. Jesus in the Gospel does not give us a list of things to believe; he says, “Believe in God; believe also in me” (John 14:1).

The story of the blind man of Siloam is structured around a strong contrast. The Pharisees believe that they know everything. They have no doubts. They impose their truth. They even end up expelling a poor blind man from the synagogue. «We know that God spoke to Moses». «We know that that man who has healed you doesn’t keep the Sabbath». «We know that he is a sinner».

On the other hand, the beggar who is healed by Jesus knows nothing. He only tells of his experience to whoever would want to listen to him: «I only know that I was blind and now I see». «That man did something to my eyes, and I began to see». The story concludes with this last warning from Jesus: «I have come into this world, so that those without sight may see and those with sight may become blind».

Jesus fears a religion defended by secure arrogant scribes, who authoritatively manage God’s Word in order to impose it, utilize it as a weapon, and even excommunicate those who think differently. He fears doctors of the law who are more worried about «keeping the Sabbath» than about «healing» sick beggars. For Jesus it seems to be a tragedy to have a religion of «blind guides» and he says it openly: «If a blind man leads another blind man, they both fall into the pit».

Theologians, preachers, catechists, and teachers, who pretend to «guide» others without perhaps having allowed themselves to be enlightened by Jesus: don’t we need to hear his questioning? Are we going to keep repeating endlessly our doctrines without living a personal experience of encounter with Jesus that opens our eyes and our hearts?

Our Church today doesn’t need preachers who fill the Churches with words, but witnesses who spread, albeit in a humble manner, their small experience of the Gospel. We don’t need fanatics who defend «truths» in an authoritative manner and with empty language, woven together of clichés and stock phrases. We need believers of the truth, attentive to life and sensitive to the problems people have, seekers of God who are capable of listening and accompanying respectfully the great number of men and women who are suffering, who seek and don’t find a way to live that is more human and more believing.