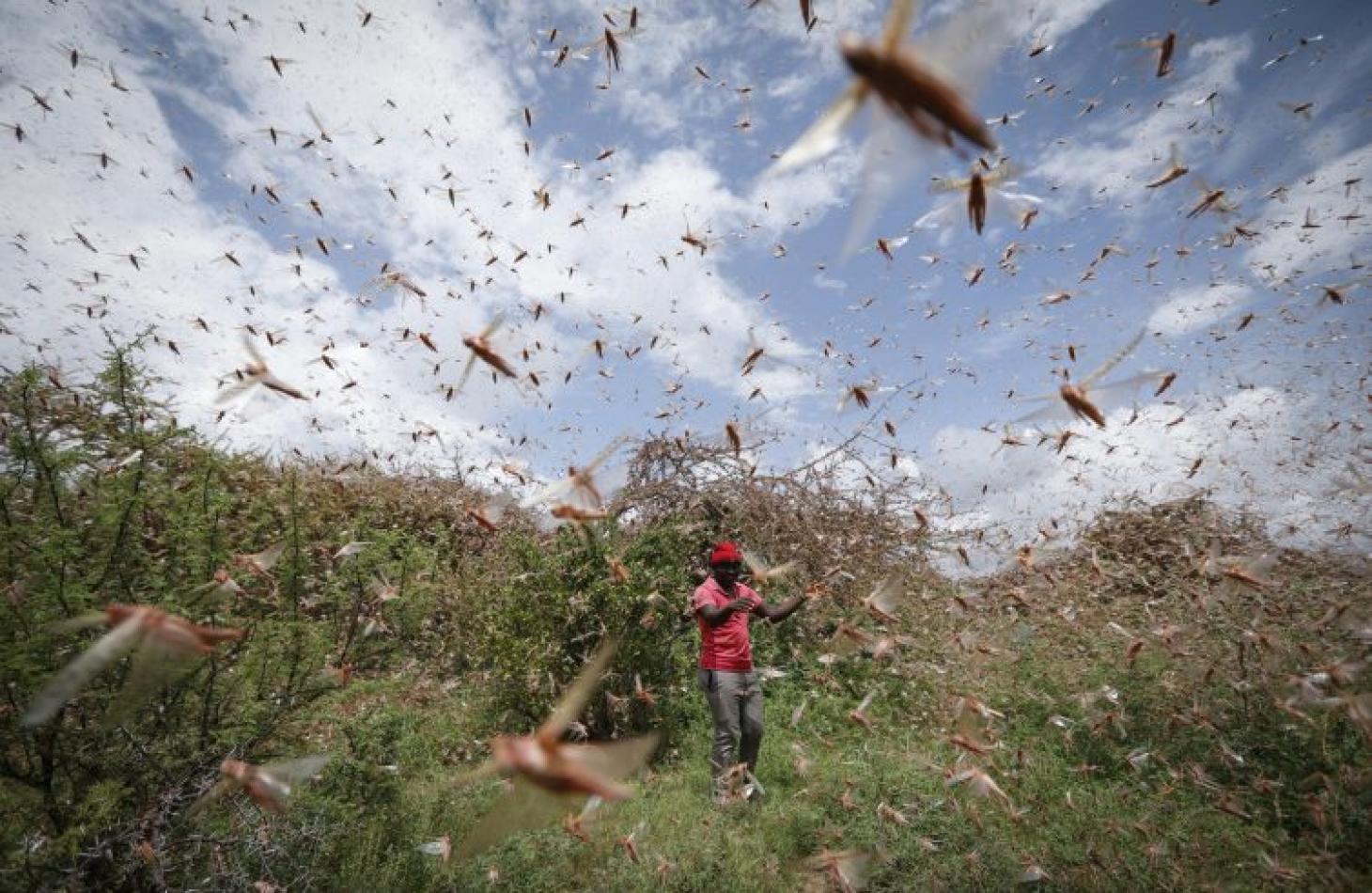 Thursday, May 14, 2020
The portal of the Missio Foundation chronicles the forgotten crises in the African continent. Environmental disasters, terrorism, pandemic threats are increasing and endangering the livelihood of millions of people. The words of Bishop dom Luiz Fernando Lisboa, Father Mauro Armanino and Father Renato Kizito Sesana. [Foto ANSA/SIR]

The Horn of Africa and the whole of East Africa, from Sudan to Mozambique, as well as the central region, between Niger and the Central African Republic, are facing dramatic challenges (environmental disasters, terrorism, epidemics) that threaten people’s lives and direly test their resilience.

A first-hand account by the bishop. Jihadist terrorism, linked to the Islamist group Al Shabaab (which held Silvia Romano, Italian aid worker, captive), has been raging for years across Kenya and Somalia, but in recent months a local Mozambican affiliated group of militants increased their presence in northern Mozambique, in Cabo Delgado. The intensity and heinousness of the attacks carried out by the militant group that also goes by the name of Ahlu Sunnah Wa-Jama are cause for growing concern among the missionaries and throughout the local Church. Mozambique is the epicentre of a very well organized armed revolt. The estimated death toll could be as high as one thousand already. The website of the Missio Foundation (https://www.missioitalia.it/) broadcast a long interview to the bishop of Pemba, dom Luiz Fernando Lisboa, who delved into the details of the identity of the Cabo Delgado terrorist group.

Violence in Mozambique. “At the beginning it was thought to be a ‘ faceless enemy’, but in the latest attacks they claimed to represent the Islamic State, although we have many doubts in this respect. They might be using this denomination in an instrumental way,” said the bishop interviewed by Paolo Annechini. “Attacks have not ceased and in fact intensified since they first began on October 4, 2017,” said Dom Lisboa. “At first, the armed men were distant from the city centre, in the northern area of Cabo Delgado. When they attacked a residential area, people took refuge in the city and the villages emptied. They carried out brutal attacks: people were killed, beheaded, and houses were set to fire.  From January 2020 their armed groups moved to Mocimboa de Praia, and in the last attacks they were wearing uniforms”. According to the bishop, the armed enemy is increasingly determined and supported. However, this is not a religious war. “The Muslims of Mozambique have distanced themselves from them right from the start, with a written statement of condemnation. In fact, in our province, Christian-Muslims relations never experienced problems”, the bishop pointed out. The terrorists recruit people in the villages and thus grow stronger. “Poverty is a crucial factor in this long- forgotten region”, the bishop said. Unemployment and the lack of alternatives often drive young Mozambicans to join the armed groups.

Niger, “cultural colonialism”. Hotbeds of Jidadist activity are found also in the northern regions, and further north towards Niger. These groups are among the fiercest and hardest to control, as Niger’s borders are virtually non-existent in the area comprising Burkina Faso, Benin and Mali.” “Niger’s borders are insecure, in fact there is no border control”, said Father Mauro Armanino, missionary of the Society of African Missions, to the Missio Foundation. Tillaberi, a town on the border with Mali, Burkina and Benin, is the epicentre of violence. Only two days ago twenty people were killed in an armed attack. “What I see from here, from the Niger desert, is a total lack of perspective and proportion on the part of the Western world. The local population is suffering from a number of structural problems, linked to food insecurity, jihadist terrorism, and the spread of life-threatening diseases (more than 40,000 people died from malaria)”, said Father Mauro, referring to what he describes as “European cultural colonialism”.

Locusts, famine and viruses. The Covid-19 pandemic, both in Niger and Mozambique, is fortunately not as widespread, but people are dying as a result of events that escape Western logic and are often ignored by the media. Another cause of death (which is severely affecting crops) are locust invasions in the Horn of Africa and all of East Africa. A second swarm of crop-damaging insects has recently ravaged areas across Eritrea, Ethiopia, Kenya, Somalia and South Sudan. According to the FAO, 25 million people could face food shortages. This crisis is further aggravated by the Covid-19 pandemic which, however, in Africa (except for the entire North African region and South Africa) is spreading at a slow pace, causing less damage than expected. However, FAO warned that the two emergencies combined are causing unprecedented “food insecurity” and that it is necessary to protect the most vulnerable people from four simultaneous threats: “conflicts, adverse weather conditions, desert locusts and Covid-19”.

Father Renato Kizito Sesana, a Combonian missionary in Nairobi, Kenya, wrote in an open letter that floods, landslides, and mudslides caused by heavy rainfall are causing greater damage than the pandemic (32 deaths from Covid-19 have been reported so far). “Environmental disasters caused by human actions, negligence and greed – writes Father Kizito – continue uninterruptedly in this world region. Aggravated by the international corporations’ reckless, criminal exploitation of natural resources, which escalated dramatically over the past decades.”
Ilaria de Bonis - SIR
In cooperation with and materials of Paolo Annechini (Noticum)