Ethiopia: The remains of a Christian basilica 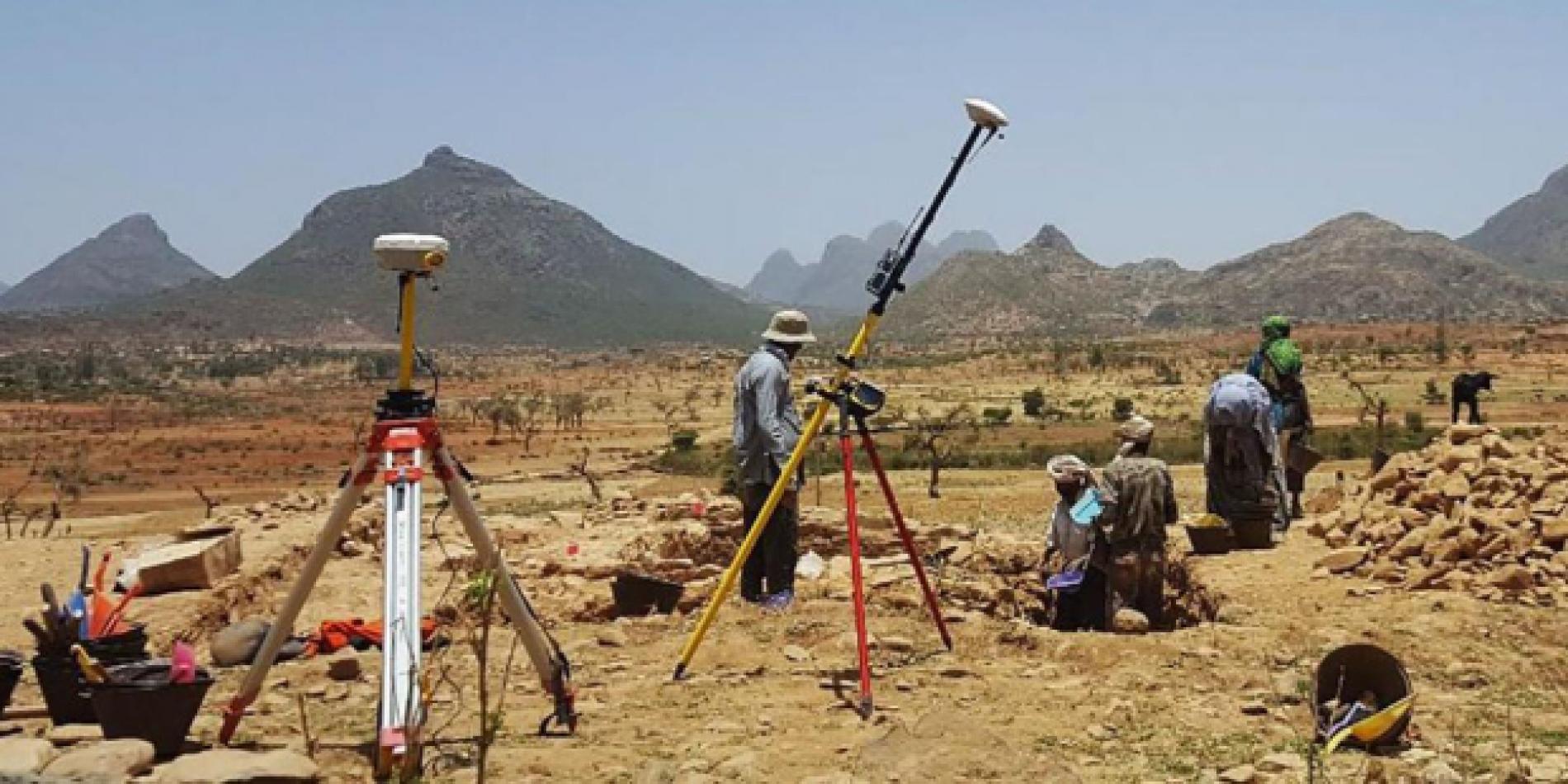 Monday, May 18, 2020
The remains of a Christian basilica dating to the fourth century A.D. have been discovered at the site of Beta Samati, which may once have been an important religious and commercial center of the Aksum Empire in northern Ethiopia. The Aksumites, who embraced Christianity around A.D. 325, were important Red Sea trading partners with the Byzantine Empire until the Aksum Empire collapsed in the ninth century.

Archaeologists discovered a number of artifacts, including stamp seals, coins, possible trading tokens, incense burners, and a stone pendant in the shape of a cross, that suggest the site was used for both administrative and religious purposes. “The basilica seems to have arrived in Ethiopia as a Christian architectural form,” says archaeologist Michael Harrower of Johns Hopkins University, “but it may also have retained some associations with bureaucratic functions that it had in Rome.”

Bovine figurines and a gold and carnelian ring engraved with a bull’s head were also uncovered at the site, suggesting that indigenous pagan beliefs survived alongside Christianity. “People are worshipping multiple gods and switching back and forth,” Harrower says. “There appears to have been a lot of flux here in terms of religious tradition.”
[
MARLEY BROWN – archaeology]