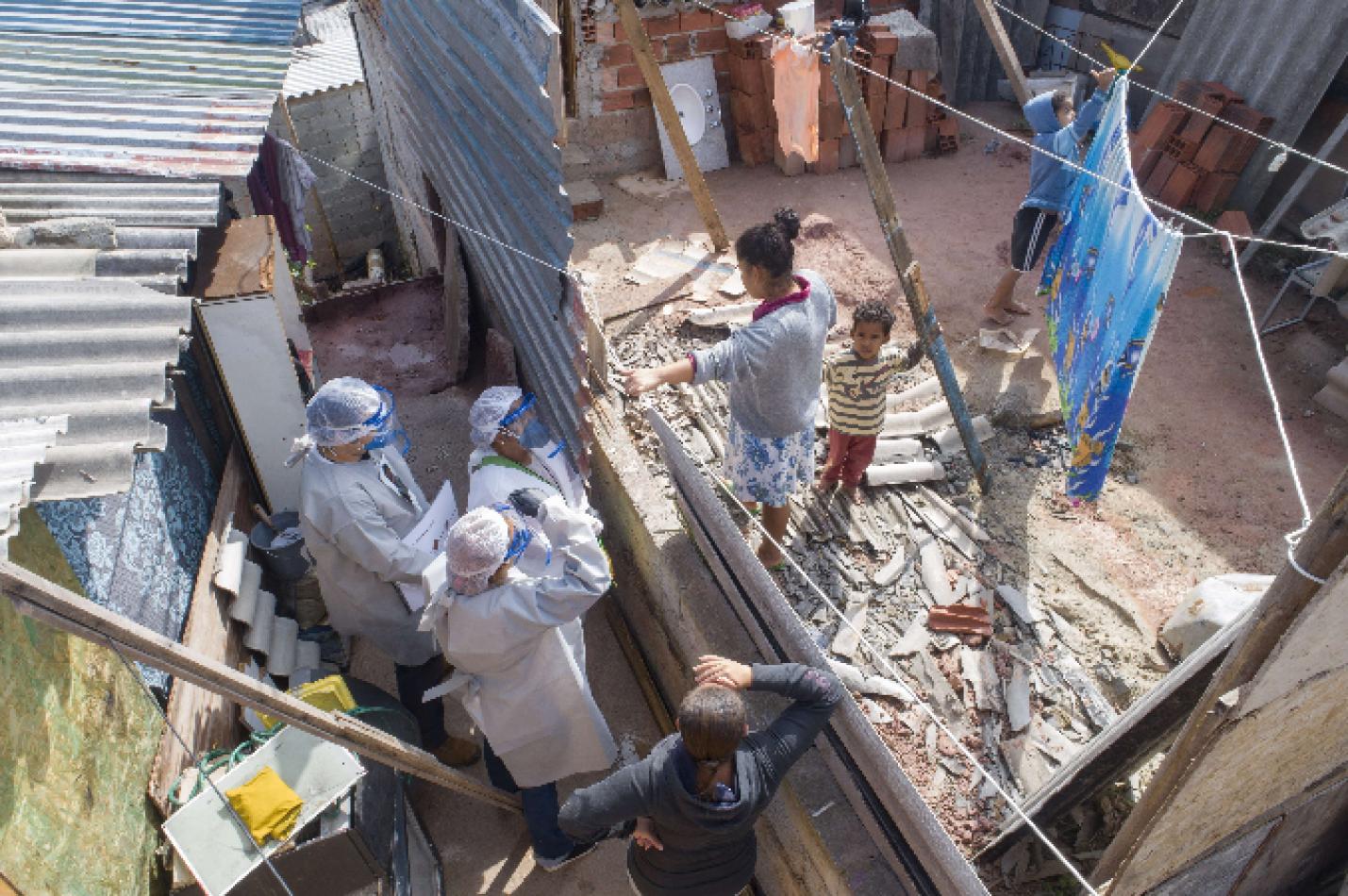 Thursday, June 11, 2020
As the number of coronavirus cases in Brazil continued to grow and as the country's daily death toll surpassed that of the United States, Pope Francis telephoned Archbishop Orlando Brandes of Aparecida, asking him to assure Brazilians of his prayers. Pope Francis encourages the country's Catholics to seek comfort and protection 'in the arms of our mother'. [In the picture: The intervention of health care workers in a favela of São Paulo. Photo
LaPresse. Avvenire]

According to Vatican News, the June 10 call was the third Pope Francis had made to a Brazilian bishop since late April when the rate of the pandemic's spread in Brazil began making global headlines. "With these three phone calls, our pope has made his heart beat very close to ours," Archbishop Brandes said in a statement.

According to the World Health Organization, as of June 11 the United States was still leading the world in the number of Covid-19 cases with more than 1.9 million confirmed cases. Brazil was second with almost 740,000 confirmed cases. Also according to WHO figures, almost 112,000 US residents had died of the disease, followed by close to 41,000 people in the United Kingdom and 38,400 in Brazil. However, in late May, the daily death toll in Brazil began surpassing that of the United States.

Archbishop Brandes said Pope Francis told him, "Tell the Brazilian people that I not only pray for all of you, but that I keep you always in my heart." Recalling his own devotion to Our Lady of Aparecida, Pope Francis also encouraged the country's Catholics to seek comfort and protection "in the arms of our mother."
[
UCA News]