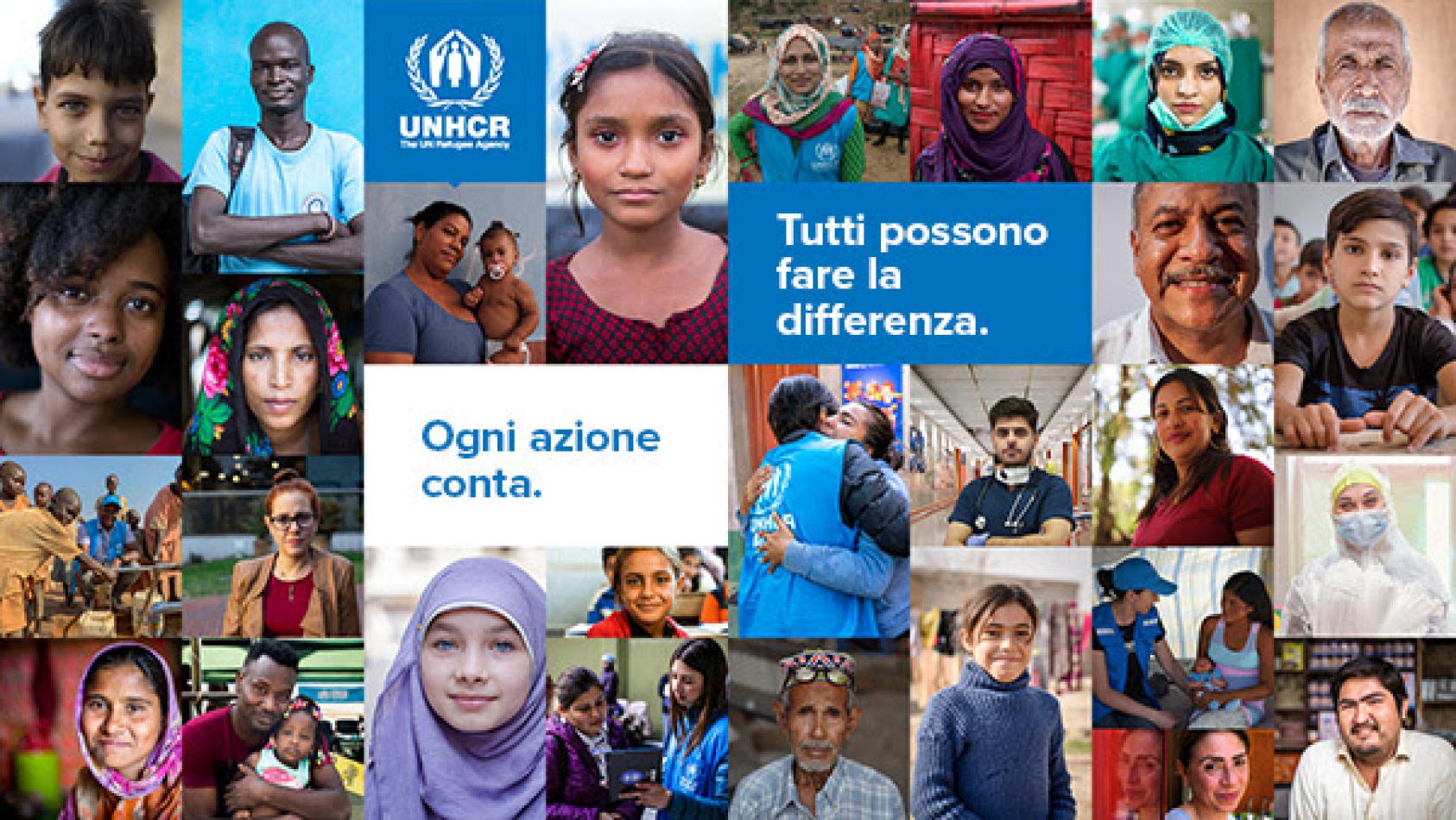 Thursday, June 18, 2020
UNHCR, the UN Refugee Agency, is today appealing to countries worldwide to do far more to find homes for millions of refugees and others displaced by conflict, persecution or events seriously disturbing public order. This is as a report released today showed that forced displacement is now affecting more than one per cent of humanity – 1 in every 97 people – and with fewer and fewer of those who flee being able to return home. [
UNHCR Global Trends report]

UNHCR’s annual Global Trends report, which comes two days ahead of 20 June World Refugee Day, shows that an unprecedented 79.5 million were displaced as of the end of 2019. UNHCR has not seen a higher total.

The report also notes diminishing prospects for refugees when it comes to hopes of any quick end to their plight. In the 1990s, on average 1.5 million refugees were able to return home each year. Over the past decade that number has fallen to around 385,000, meaning that growth in displacement is today far outstripping solutions.

“We are witnessing a changed reality in that forced displacement nowadays is not only vastly more widespread but is simply no longer a short-term and temporary phenomenon,” said UN High Commissioner for Refugees Filippo Grandi. “People cannot be expected to live in a state of upheaval for years on end, without a chance of going home, nor a hope of building a future where they are. We need a fundamentally new and more accepting attitude towards all who flee, coupled with a much more determined drive to unlock conflicts that go on for years and that are at the root of such immense suffering.”

UNHCR’s Global Trends report shows that of the 79.5 million who were displaced at the end of last year, 45.7 million were people who had fled to other areas of their own countries. The rest were people displaced elsewhere, 4.2 million of them being people awaiting the outcome of asylum requests, while 29.6 million were refugees and others forcibly displaced outside their country.

The annual increase, from a figure of 70.8 million at the end of 2018, is a result of two main factors. First is worrying new displacement in 2019, particularly in Democratic Republic of the Congo, the Sahel, Yemen and Syria – the latter now in its tenth year of conflict and accounting on its own for 13.2 million refugees, asylum seekers, and internally displaced people, fully a sixth of the world’s total.

Second is a better presentation of the situation of Venezuelans outside their country, many of whom are not legally registered as refugees or asylum-seekers, but for whom protection-sensitive arrangements are required.

And within all of these numbers is a multitude of individual and very personal crises. As many children (estimated at 30-34 million, tens of thousands of them unaccompanied) are among the displaced than, for example, the entire populations of Australia, Denmark and Mongolia combined. Meanwhile, the proportion of displaced aged 60 and above (4 per cent) is far below that of the world population (12 per cent) – a statistic that speaks to immeasurable heartbreak, desperation, sacrifice and being torn apart from loved ones.

8 things you need to know about forced displacement today

UNHCR’s Global Trends report is released in parallel with its annual Global Report, which reports on actions UNHCR is taking to address the needs of all who are forced to flee, as well as the world’s known stateless populations.

UNHCR’s Global Trends report and an accompanying package of multimedia assets are available on our media page. The report is subject to a worldwide embargo of no use before 0500 GMT on 18 June 2020.

Two-thirds of 79.5 million people forcibly displaced worldwide (1% of the world's population) fled from Syria, Venezuela, Afghanistan, South Sudan and Myanmar. The figure has doubled in 10 years. An estimated 30-34 million were children. Only 385,000 people were able to return to their home country each year. The figures are contained in the Global Trends report released today by the United Nations High Commissioner for Refugees.

The “highest number on record.” Nearly double the 2010 number of 41 million. These numbers have the face of suffering women, men and children. At the end of 2019 there were 79.5 million people forcibly displaced worldwide, 30-34 million of whom were minors, tens of thousands unaccompanied. 4% are aged 60 years or over. Two thirds of these 79.5 million people fled from five countries: Syria, Venezuela, Afghanistan, South Sudan and Myanmar. The figures were released today by UNHCR (United Nations High Commissioner for Refugees) annual Global Trends report, two days before World Refugee Day, 20 June. Forced displacement now affects more than 1% of the world’s population – 1 in 97 people – while ever decreasing numbers managed to return to their home countries.

Only 385,000 people were able to return to their place of residence each year. In the 1990s, an average of 1.5 million refugees succeeded in returning home every year. However, in the last decade this figure has dropped to about 385,000, on average. Of those 79.5 million people displaced in 2019, 45,7 million were internally displaced.

The remaining total comprised people seeking refuge across their national borders, 4.2 million of whom were awaiting the response to their asylum applications, with 29.6 million including refugees (26 million) and other people displaced abroad. The annual increase from the 2018 number of 70.8 million is the result of the new crises in the Democratic Republic of Congo, the Sahel region, Yemen and Syria (13.2 million, including 6.6 million refugees and more than six million internally displaced people), and improved mapping of Venezuelans’ situation outside their home country.

Eight in 10 refugees lived in developing countries. Eighty per cent of the world’s displaced population were residing in countries or territories with the highest level of acute food insecurity and malnutrition – many of which endangered by climate change and natural disasters. More than three-quarters of the world’ s displaced population ( 77 %) fled from long-lasting conflict regions such as Afghanistan. More than eight out of 10 refugees (85 %) lived in developing countries, usually in countries neighbouring their countries of origin. “We are witnessing a changed reality in that forced displacement nowadays is not only vastly more widespread but is simply no longer a short-term and temporary phenomenon”, said Filippo Grandi, UN High Commissioner for Refugees: “We need a fundamentally new and more accepting attitude towards all who flee, coupled with a much more determined drive to unlock conflicts that go on for years and that are at the root of such immense suffering.”
[
Patrizia Caiffa - SIR]