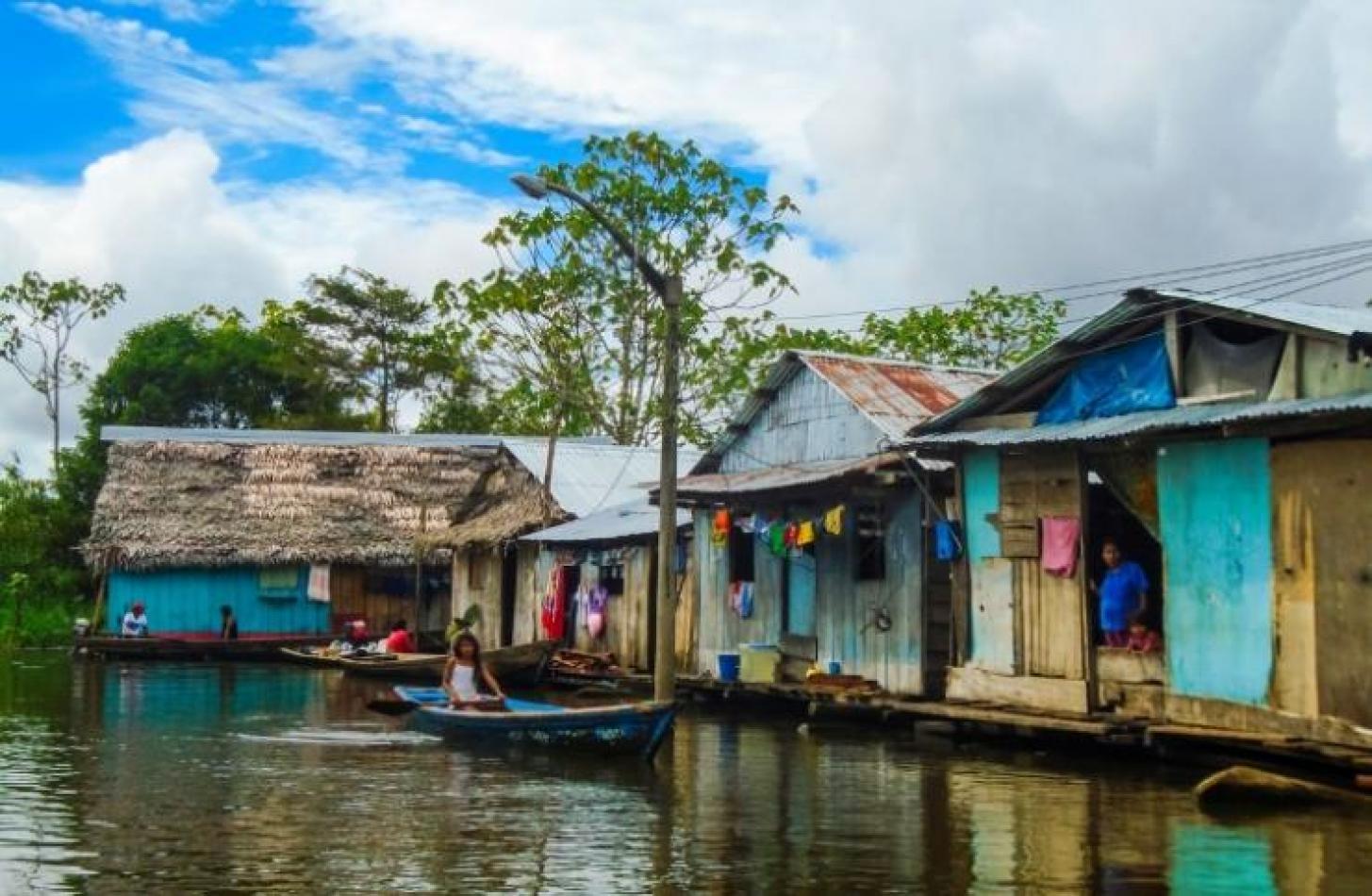 Saturday, July 4, 2020
The Franciscan missionary and Bishop of the San Ramon Apostolic Vicariate (in the Central Peruvian forest), Gerardo Zerdin, a Croatian national, took part in the Synod of Bishops for the Pan-Amazon region, held in October 2019 in Rome. He spoke to us about his commitment and experience at the Synod.

He is the most senior of all the bishops in Peru’s Amazon region, but his seniority is not the kind measured in years alone. Rather, it’s a seniority based on the richness of the missionary experience itself and, for those who can keep count, the number of indigenous languages he has learned over the years. Mons. Zerdin has learned six Amazonian language both orally and grammatically with remarkable ease, mainly Shipibo and Ashaninka – two ethnic groups with whom he has become well acquainted, having lived among them for over four decades.

Thirty priests look after the Apostolic vicariate of San Ramon, which covers an area of 80,000 square kilometers. Zerdin was nominated as bishop of the Vicariate in 2002.

Over the years, Mons. Zerdin has distinguished himself in aspects related to liturgy. He has translated the Gospels and the various liturgies into local languages and assumed direct ecclesial responsibility. Zerdin has also attracted a strong following through the Pan-Amazonian Ecclesial Network (REPAM).

Moreover, Zerdin has played a remarkable role in the field of education, one of the highlights of which is Nopoki. Nopoki is an institution is a center for higher studies in the Ucayali region, based on the collaboration between the San Ramon apostolic vicariate and the Sedes sapientiae Catholic University of Rome. The name Nopoki is an Asháninka term meaning “I have arrived, I am here”. It was chosen for its ability to convey the idea of ‘place’ that exists beyond the realm of the physical, also implying its more symbolic, dreamlike, or idealistic conceptions.

Currently, 650 youth from twelve native cities of the Peruvian Amazon attend Nopoki, studying alongside with other mestizos from the city of Atalaya. About half of the students aim to become bilingual teachers in their home communities, while the others study administration, accounting or agricultural engineering – specializing in Amazon forest flora.

Mons. Zerdin spoke enthusiastically about the Synod on the Amazon: “The Amazon [has become] a focus of interest for the Christian community and the world,” he said. Speaking about the Post-Synod Apostolic Exhortation “Querida Amazonia“, he noted: “My first impression is the pleasant surprise that the Pope speaks of dreams which are, after all, visions that project far ahead. The Mission has always had these dreams, these visions, and these perspectives. It’s to see what we want to achieve; it’s as we would like the world and the Amazon to be.” The bishop praised the text’s elegance, and its ability to “reduce those clashes that, unfortunately, also exist within the Church. ‘Querida Amazonia’ is an exhortation that encourages us to look far, opening new paths.”

As for the indigenous peoples, Mons. Zerdin said: “We should talk more with them – but in a more indigenous style. In the exhortation Pope Francis speaks a lot about enculturation. I think the first step is learning and using indigenous languages as the key element of culture, such that a dialogue might be established between equals. Knowledge of the language opens horizons in learning about a culture that goes beyond the spoken word.”

The true freshness of the Synod, said Mons. Zerdin comes from its quest for a holistic ecology. During the Synod he heard that many people, even some bishops, have raised concerns over this integral ecology. Still, the Croatian bishop has stressed the importance of performing a ‘journey of conversion’, a step that Christians must take.

As for synodality, which will be the central theme of the next synod, scheduled for October 2022, Mons. Zerdin said: “It is not democracy or simply one of the aspects of communion among churches. Synodality implies walking together: it’s a shared movement, a common dialogue. Sometimes we think of Emmaus’s disciples, whom Jesus joined to analyze reality and encourage them. It is that very eagerness that is the synodal path; and it’s what the Pope did to encourage us to return to Jerusalem, despite the tiredness, infusing us with renewed vigor, and the results are already visible. Some fear, it won’t work. But I think it will.”

Archbishop Gerardo Zerdin is very optimistic about the future of the Church’s path in the Amazon. He has already noticed some results path of the church in Amazonia. He already discussed some early results: “After the Synod, I received proposals from priests and clerics who want to come and participate in our pastoral effort.”
[Pedro Santacruz – Comboni Missionaries]