Brazil: The magic and colour of movement 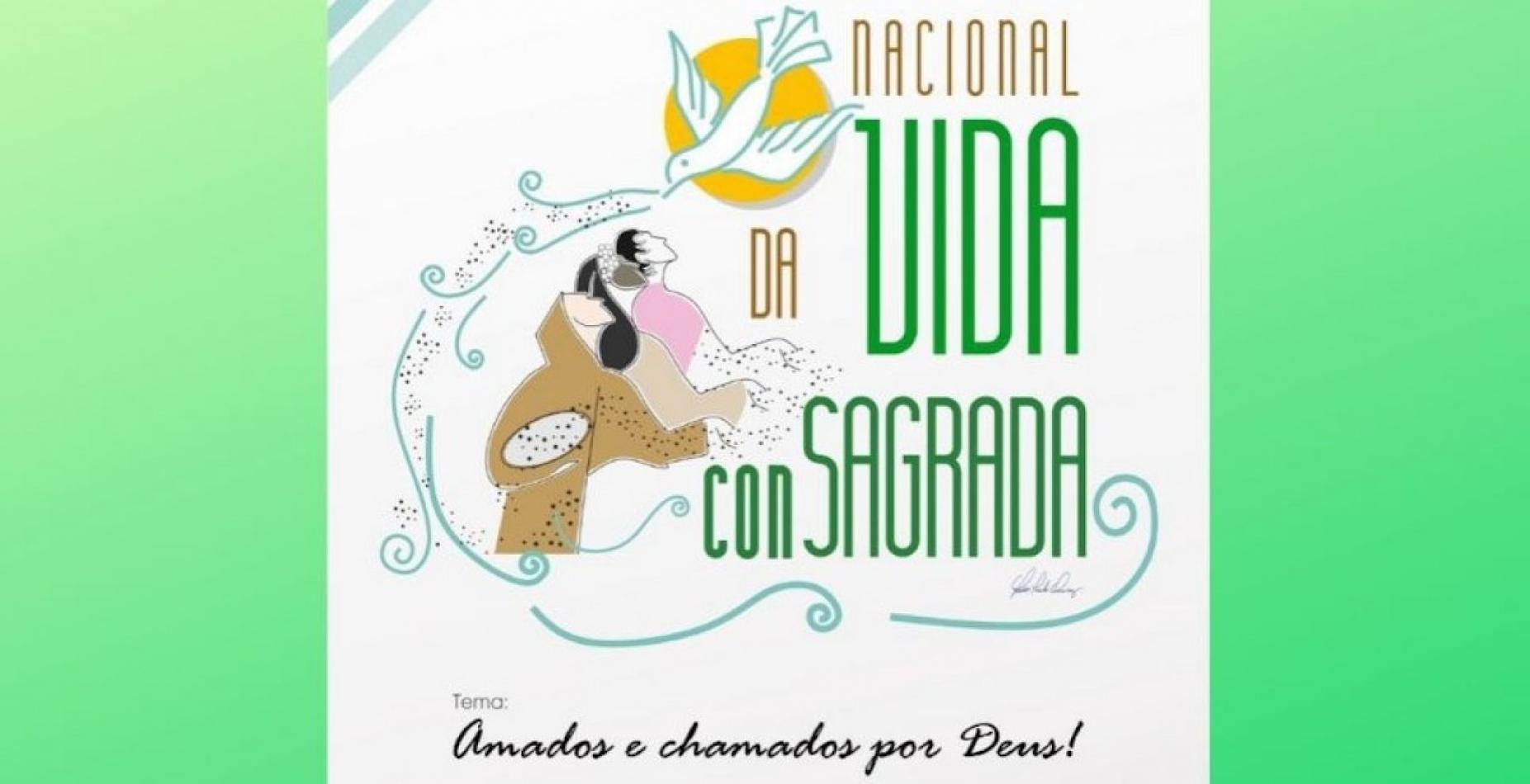 Saturday, July 4, 2020
A school of dance for the blind, the only one of its kind in the world, located in the outskirts of São Paolo. The challenge of a young woman. Innovative methods. Working against prejudice. A liberating dance. “I have learned to cover my eyes and open my heart.” (...) 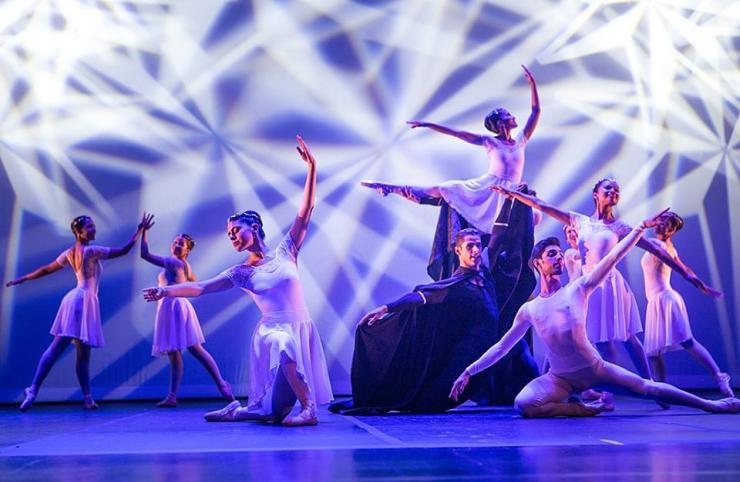 On the tips of her toes she moves slowly in a circular movement, allowing her arms to rise upwards. Other ballerinas join in the rhythms of the music of Tchaikovsky, the great Russian composer. The attentive gaze of the instructor helps to create harmony in the group of dancers. We are in the outskirts of the southern zone of São Paolo in Brazil.

We are visiting a special school of dance. It is the story of the blind dancing troupe, started in 1995, the only one of its kind in the world. Its foundress was Fernanda Coneglian Bianchini Saad, who was seventeen years old when she started it. She was a ballerina from childhood. Her parents were volunteer workers at the Padre Chico Institute for the blind, run by the Daughters of Charity of St. Vincent de Paul (Vincentian Sisters) in the outskirts of São Paolo.

One day it happened that Fernanda went to see her parents at the Institute, dressed in her dancing clothes. The Sister in charge of the Institute, seeing her dancing costume said: “How would you like to teach classical dance to some of our students?” At first Fernanda was confused and found the idea very odd but then she agreed. Unaware of what was happening, a whole new world was opening up before her.

Fernanda recalls: “My first group consisted of ten children. My first lesson was to teach a certain step to the children. I explained that they had to imagine they were standing inside a bucket, then jumping out and back in again. One little girl asked me what a bucket was. That took me by surprise. I realised I had to get inside the world of the blind.”

That is how she began to teach dance to some of the students of the Institute. The challenges presented by the blind boys and girls forced her to develop a whole new teaching method, the purpose and motto of which was, ‘To make the impossible possible’. In the words of Fernanda: “A ballerina must always look at the stars, even if she doesn’t see them.”

This method of teaching dance employs the sense of touch and the repetition of movements, expanding the sensibility of the students since those who hear the music close their eyes and open their hearts.

Fernanda made her methodology systematic while writing her degree thesis entitled: ‘Classical Ballet for the Visually Challenged: The Fernanda Bianchini Method’. “When I started, I realised there was no material and no training available that could have helped me teach ballet to visually challenged students,” she says.

In the university context, she came up against a further requirement: “In class I understood that most of all, I had to increase my sensibility.”

The Fernanda Bianchini methodology soon became well known and the new challenge arose to start a project that would include blind people in dance performances, something unheard of anywhere in the world. The reality proved to be complex but enriching.

The young instructress was continually in demand by new students, people of all ages, not only the blind but also people with hearing, movement or learning difficulties. Little by little, people were competing to join the Fernanda Bianchini School of Dance and it became necessary to divide the students into three groups: children, adolescents, and adults.

The students worked hard for four years, with weekly tests. From the start, Fernanda provided lessons in ballet, contemporary dance, tap dancing, bodily expression, dancing for the elderly, plays, and musical scores, as well as complementary activities such as physiotherapy, yoga and physical exercises. Ever since 1999, the school of dance for the blind and people with other disabilities has been receiving invitations to participate in dancing and festival performances in São Paolo and in other parts of Brazil.

The project hasn’t stopped growing, with activities that respond to some dreams while generating others, so much so that the Padre Chico Institute was unable to accept all the applicants.

In 2003, with the support of parents, friends and volunteers, the Fernanda Bianchini Association, Ballet for the Blind (AFB), was founded and set up in a rented house in the outskirts of São Paolo.

Today, with the experience of twenty-five years during which more than a thousand lives were transformed, the AFB is helping 450 students who range from small children to the elderly.

The social integration of the blind and others by means of dance as an extracurricular activity is the main mission of AFB. Fernanda Bianchini wants all the students of her association to be recognised and applauded for their artistic talents and not just out of pity because they are blind or move differently to the majority of people.

An example: one girl student lost her sight when she was nine, due to meningitis. She had seen dancers performing on television and dreamed of joining them. She was one of Fernanda’s first pupils at the Padre Chico Institute for the Blind. She never missed her lessons and travelled alone by bus to school, even though she had to overcome many difficulties while crossing the city. There were no pavements in the city quarter where she lived, and she needed help to catch the bus.

Determined to succeed, she persevered until 2017 when she was struck down by meningitis and suffered several strokes. She went into a coma and the doctors feared she would never dance again. Nevertheless, as soon as she came to, she remembered she had a performance planned and said she wanted to dance again. Her recovery was slow, but she was supported by her teachers and friends and, with their help, she began to dance again.

“The recovery of our first ballerina was a real miracle”, Fernanda Bianchini recalls. “We prayed a lot for her recovery! I believe that faith in God makes life worth living,” she added. The AFB Director has always given importance to the dimension of the faith in her life and devotes herself to her students as if they were her own family.

As well as Fernanda, the AFB has thirteen dance teachers, two of whom are products of the same Institute. Due to the method and spirit of the Association, the performances of the Ballet of the Blind are filled with the colours of movement. The performances include classical ballet, contemporary dance, folk dancing and theatre. Overall, the performances celebrate the subtleties and variety of life. For this reason, the Association has also developed a method for teaching classical and contemporary dance to people in wheelchairs.

The unique mission of the Fernanda Bianchini Association – Ballet by the Blind, has been shown in more than one hundred places and has receives tens of awards. In its lifetime, the ballet group has been invited to perform in Argentina, England, Germany and the United States.

Twenty-five years have passed but Fernanda’s spirit remains the same. She says: “People come here and dedicate themselves to art. This is my aim in the life of today. To help others to make their dreams come true and to help make the world a better place, more inclusive and less discriminating”. Fernanda insists she has learnt much more than she has taught in all those years.

“When you blindfold yourself, you do not see the difference between one thing and another. I have learned to close my eyes that see only a little and open the eyes of my heart that see the real world.”
(Fernando Félix - Comboni Missionaries)