Pope Francis: “Examination of conscience” on migrants and on Libya’s hell 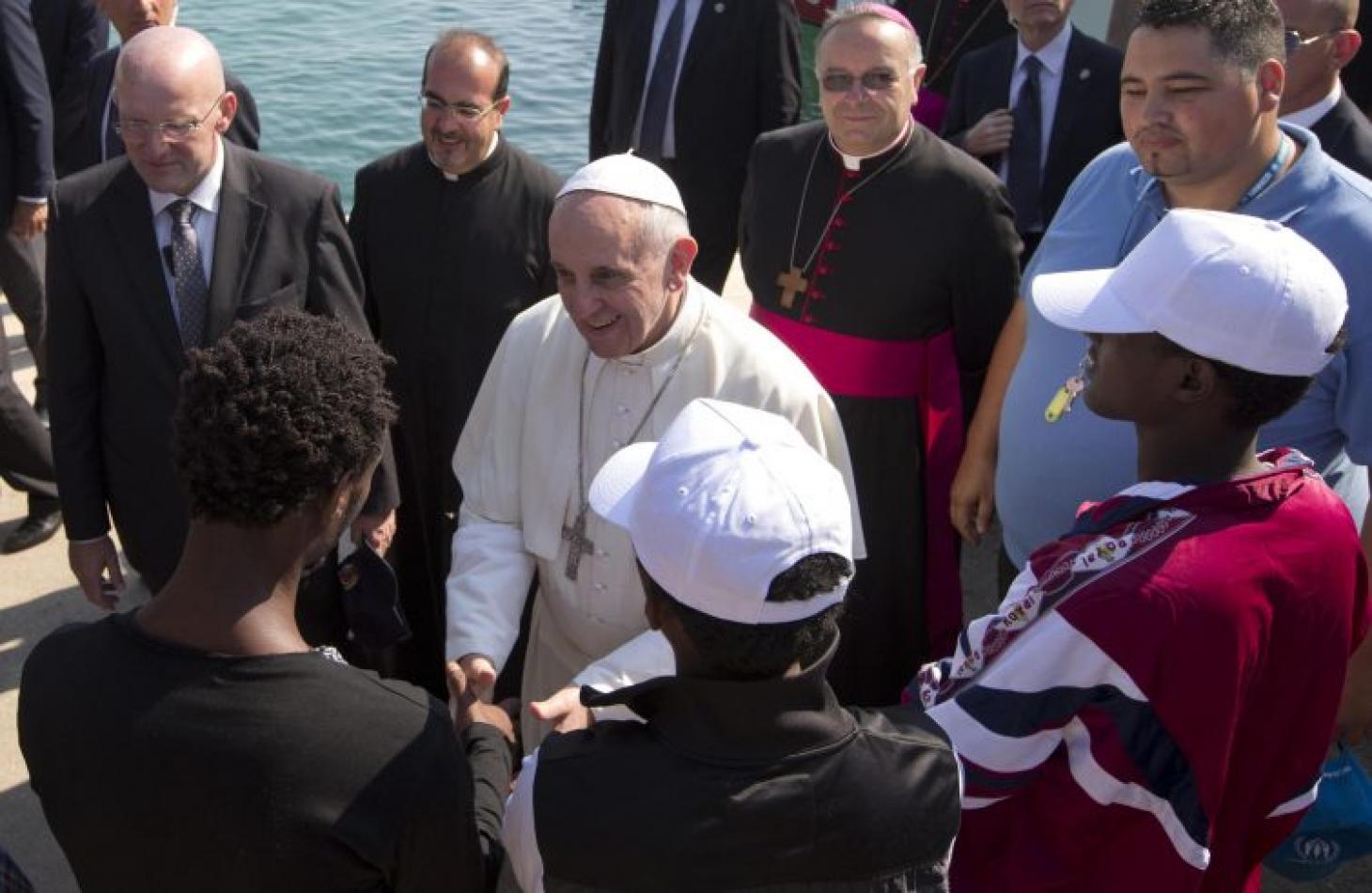 Wednesday, July 8, 2020
On the seventh anniversary of the visit to the Italian island of Lampedusa, Pope Francis called for an “examination of conscience” on migrants and on the hell they live in Libya, of which “they are giving us a distilled version.” “The culture of comfort makes us insensitive to the cries of other people, makes us live in soap bubbles”, Francis said, once again guarding against “the globalization of indifference”.
(Foto ANSA/SIR)

“The culture of comfort, which makes us think only of ourselves, makes us insensitive to the cries of other people, makes us live in soap bubbles which, however lovely, are insubstantial; they offer a fleeting and empty illusion which results in indifference to others; indeed, it even leads to the globalization of indifference.” On the seventh anniversary of his visit outside the Vatican, Pope Francis reiterated the words he spoke in Lampedusa on July 8 2013.

In the homily of the Holy Mass for migrants celebrated today in the Santa Marta Chapel marking the seventh anniversary of his apostolic visit, before a selected number of attendees – the staff of the Migrants & Refugees section of the Dycastery for Promoting Integral Human Development – owing to the restrictions imposed by the ongoing sanitary crisis – the Pope reiterated the call for “an examination of conscience” on a central theme of the pontificate and on the hell of Libya, of which “they are giving us a distilled version.”

“Today marks the seventh anniversary of my visit to Lampedusa”, Francis recalled, reiterating the words spoken to participants in the meeting “Free from fear” held in February 2019. “The encounter with the other is also an encounter with Christ. He himself told us this. He is the one knocking on our door, hungry, thirsty, naked, sick, imprisoned; he is the one seeking an encounter with us, asking our help, asking to come ashore. And lest we have any doubt, he tells us categorically: ‘Truly I tell you, whatever you did to one of the least of these my brethren, you did to me!’” the Pope exclaimed. “This admonition is all the more timely today. We ought to use it as a basic starting point for our daily examination of conscience.”

“Here I think of Libya, detention camps, the abuses and violence to which migrants are subjected; I think of journeys of hope, rescue operations, and cases of rejection”.

Francis detailed: “Whatever you did… you did to me.” The Holy Father continued in unwritten remarks recalling the snapshot that most touched him: “I remember that day, seven years ago, in the very south of Europe, on that island…There were interpreters present. One person was telling me about terrible things in his language, and the interpreter seemed to translate well, but this person spoke so long and the translation was brief. ‘Well’, I thought, ‘their language must require more words to express an idea.’ When I returned home that afternoon, in the reception area there was a lady – God bless her, she has since passed away – who was a daughter of Ethiopians. She understood the language and she had seen our conversation on television. She said this to me. “Listen, what the Ethiopian translator told you is not even a quarter of the torture and suffering that those people experienced.’

They gave me the “’distilled’ version. This is what is happening today with Libya: they are giving us a “distilled version”. The war is indeed horrible, we know that, but you cannot imagine the hell that people are living there, in that detention camp. And those people came only with hope of crossing the sea.”

Francis’ homily starts with the imperative of Psalm 104, that invites us always to seek the Lord’s face: “This quest is fundamental for the life of every believer, for we have come to realize that our ultimate goal in life is the encounter with God.” “To seek the face of God is an assurance that our journey through this world will end well. It is an exodus towards the Promised Land, our heavenly home”, assures the Pope: “The face of God is our destination and the guiding star that helps us not to lose our way.” The people of Israel, as described by the prophet Hosea in today’s first reading “had gone astray. They had lost sight of the Promised Land and were wandering in the desert of iniquity”, Francis remarked: “Abundance, prosperity and wealth had caused their hearts to drift away from the Lord and had filled them instead with falsehood and injustice.”

“We too, as Christians today, are not immune to this sin”, the admonition. “In our effort to seek the Lord’s face, we can recognize him in the face of the poor, the sick, the abandoned, and the foreigners whom God places on our way”, said the Pope with a call for conversion. “The personal encounter with the Lord, a time of grace and salvation, entails a mission.” Francis’ invitation: “This kind of personal encounter with Jesus Christ is possible also for us, who are the disciples of the third millennium. This encounter becomes also for us a time of grace and salvation, and summons us to the same mission entrusted to the Apostles.”