The challenge met by missionaries in the heart of Amazonia 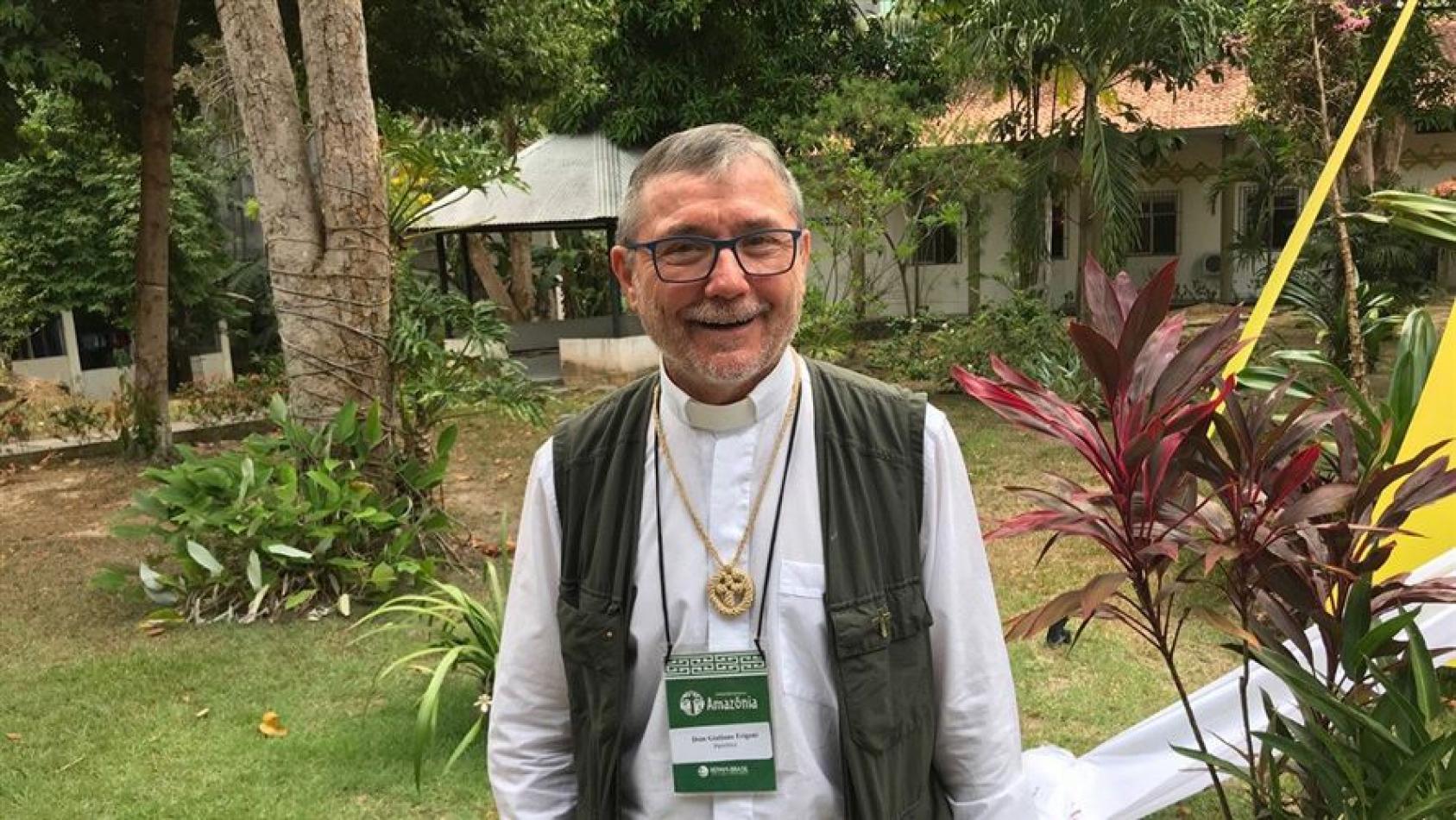 Tuesday, July 14, 2020
Parintins is a town in the Brazilian state of Amazonas, on the border with Parà, in an island that rises in the middle of the majestic Amazon River. Its local Church, historically shaped by PIME missionaries (so far, all the bishops of Parintins were members of this congregation) has taken action by “using” all its resources in an intelligent way, starting with the diocesan hospital and ending with a boat bringing “food bags" to the most remote corners of the forest, thus ensuring the safety of the indigenous peoples.

Bishop Dom Giuliano Frigeni explained: “Pope Francis has been our guiding light, we understood that the major problem was standing close to the people, albeit with caution and physical distancing, which is by no means easy in the Amazonian territory".

Intelligent use of resources and “successful outreach”:
the challenge met by missionaries in the heart of Amazonia 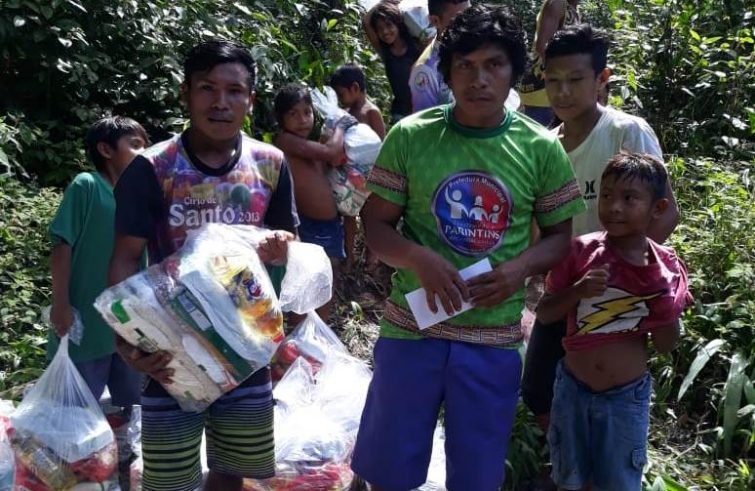 “Fear must not paralyze us. We must look ahead with a positive attitude and set an example.” These words of hope were conveyed to SIR by dom Giuliano Frigenia, born in Bergamo, for a long time a PIME missionary and bishop of Parintins, a city in the Brazilian state of Amazonas, on the border with Parà, situated on an island that rises in the middle of the Amazon River. Covid-19 spread in Parintins following the main communication routes some time ago, taking the life of sixty people. “We lost two fine doctors working in our hospital,” said Dom Frigeni, who recounted how the local Church, historically shaped by PIME missionaries (all the bishops of Parintins so far were members of this congregation) has taken action by “using” all its resources in an intelligent way, starting with the diocesan hospital and ending with a boat bringing “food bags” to the most remote corners of the forest, thus ensuring the safety of the indigenous peoples. Not to mention the educational projects (now suspended), which the public administration gradually took over: schools (a specific one for deaf mutes), community centres and street children.

The bishop went on: “Pope Francis has been our guiding light, we understood that the major problem was standing close to the people, albeit with caution and physical distancing, which is by no means easy in the Amazonian territory.

We set the example, we livestreamed religious services, although we were unable to use our television, a component broke down that is being shipped from Belém. Means of communication are play an important role in offering the gaze of the faith in the face of this situation, to maintain an open mind. We are here, untiringly. Throughout history hospitals, religious orders, were founded at times like the present ones…”.

The fundamental service of the diocesan hospital. However, there was no need to build a hospital in Parintins. In fact the town has two hospitals, – one run by the local Council and the other by the diocese, founded by PIME in conjunction with numerous institutions and educational organizations, named after Father Ferruccio Colombo – a unique service in Amazonia. “When the first infections were reported – said Dom Giuliano, who often visits the various wards, wearing full protective gear – we shared responsibilities with the public hospital. Covid patients would be admitted there, while everyone else would be admitted in our hospital”. 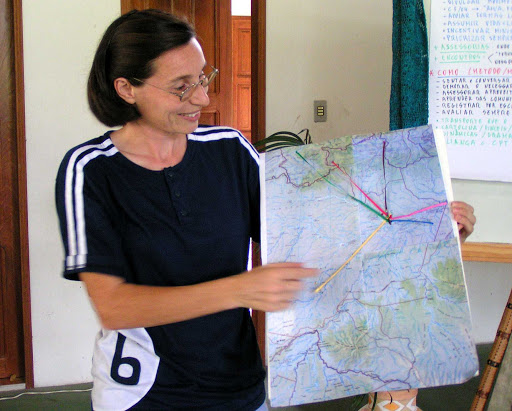 But the situation evolved somewhat differently, as Sister Laura Cantoni, missionary of the Immaculate Conception (a women’s congregation emanating from PIME), administrative director of the hospital, told us: “In May we discovered that some of our hospital’s staff or patients were also infected. There were few swabs available and it was necessary to send them to Manaus and wait a week for the results. We eventually found that nearly half of patients in the maternity ward who were about to give birth had also been infected. It was impossible, at that point, to transfer them to the other hospital. So we had to separate the patients and create two obstetrics wards, one pink for women in isolation, and another with no infected patients. Fortunately, the women and children are all fine.”

Furthermore, in recent weeks, the diocesan hospital lost two doctors to the coronavirus, including an orthopaedist renowned throughout the Amazon region. The facility also had to “lend” its medical director to the nearby public hospital, since the person who was running it was himself infected and is now in São Paulo, after having risked dying himself.

“The medical staff is living this moment as a mission, but it is undeniable that sadness and fear are often predominant feelings”, continued the nun, who underlined the strong cooperation created between the two hospitals: “We often share the same medical staff amidst difficulties, but there is mutual help, in some cases providing respirators or swabs when there was a shortage in one of the facilities.”

Dom Frigeni, who is likewise envisaging a stable future for the diocesan structure that “doubled its staff over the past few weeks”, said he hopes to create a second ICU in Parintins, in the public hospital of the State of Amazonas, after the one in Manaus: “The challenge is to have a single health system serving the people, free of the episodes of corruption seen in recent months, when a 12-real respirator reached the cost of 130,000.”

The providential work of Father Enrico among the natives. In the meantime, the main concern is to ensure that the contagion does not spread, as occurred in other areas of Amazonia, to the native population in the Amazon rainforest. “Only sporadic cases were reported so far,” said Sister Laura, “but the three indigenous reserves in the interior of the forest, where the Sateré Mawé ethnic group live, have been sealed off.

We are very much afraid of what might happen in the next 15-20 days.”

There is a reason for the fact that the infection did not spread among the native populations, and also in this case it is connected with the PIME missionaries, and especially with Father Enrico Uggè, who spent 48 of his 50 years of priesthood among the natives. “He did 95% of the work”, said Dom Frigeni. Father Enrico, born in Castiglione d’Adda, 6 kilometres from the Italian town of Codogno (“I lost a brother-in-law to Covid-19,” he said), explained how he successfully managed so far: “The area extends over 7,700 square kilometres, about the same size as the Liguria region, with 10-12 thousand natives living in some 60 villages. Some of them can be reached only by canoe. The reserves were closed as early as March, but what’s most important is that the local people must not travel to the cities, Parintins and Barreirinha, to look for food.” 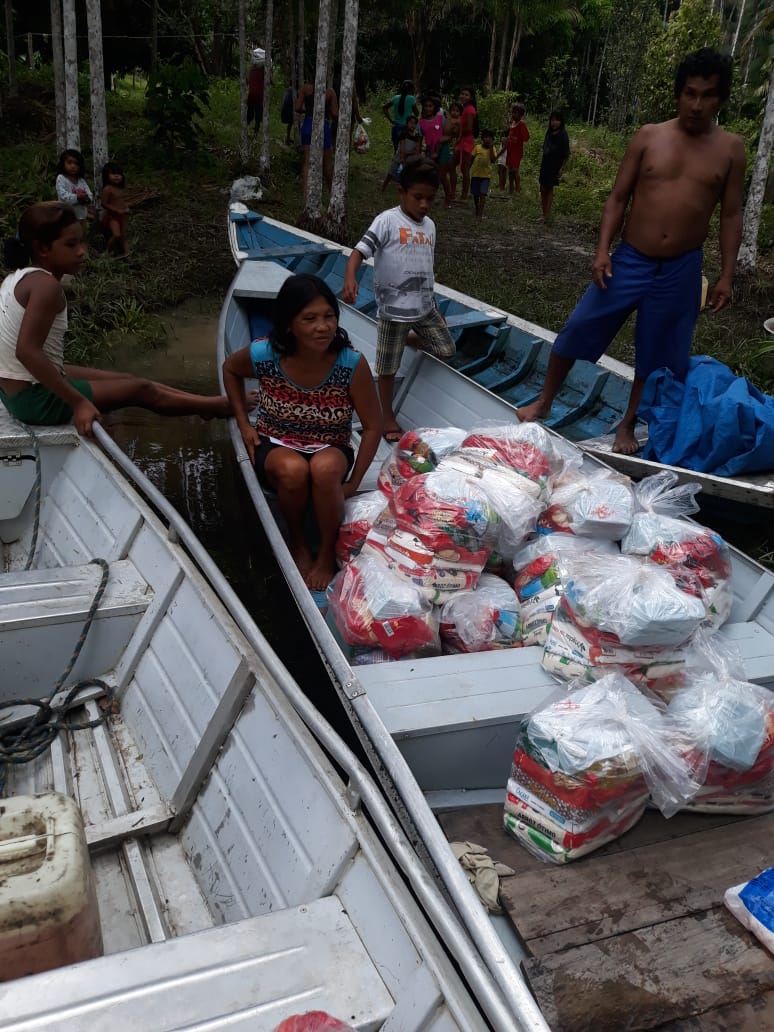 So Father Enrico planned the distribution of basic necessities in every remote village: “We collected funds and delivered 900 baskets with foodstuffs via the San Pedro school-boat, and then with canoes, to the most isolated villages. We repeated this procedure a second time, and now we are already on our third trip. In addition to practical aid, it is essential for the indigenous people to feel that we are close to them, that there is someone who remembers them, who cares about their health. This is essential.” A nearness that has proved to be successful so far.
[Bruno Desidera – SIR]